Archaeologists found evidence of intricate Roman mining systems but also that the Romans may have lost the mines to a nomadic desert people. 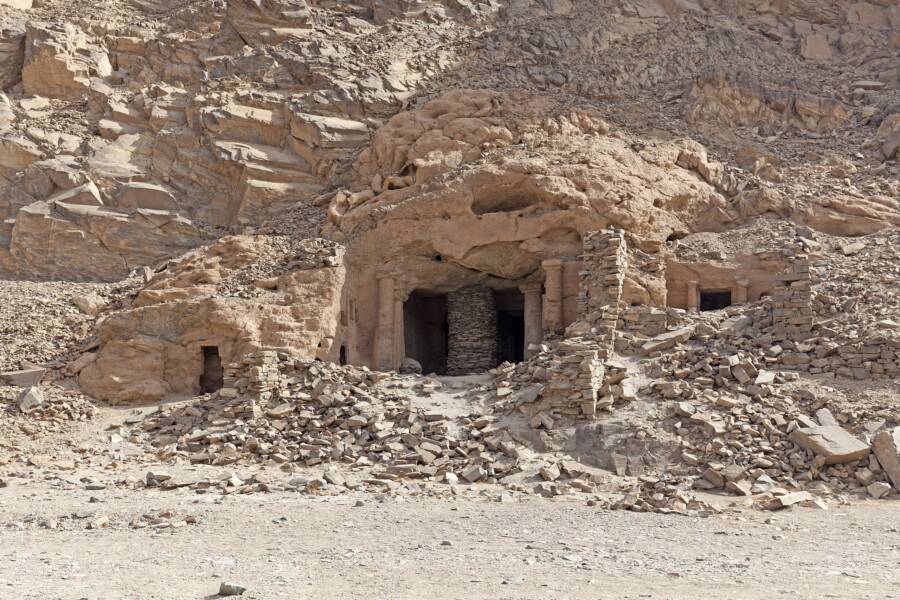 Roland Unger/Wikimedia CommonsThe Large Temple is part of the excavation at at the Roman site of Sikait.

Centuries ago, Romans traveled to Egypt’s Eastern Desert with one goal in mind — to mine precious green emeralds. Now, archaeologists have put together a detailed topographic study of two of the most important mines, revealing the intricate work that once took place there.

In 2020 and 2021, an international team of archaeologists led by led by Joan Oller Guzmán of the Autonomous University of Barcelona (UAB) conducted digs in the Roman site of Sikait, in Egypt’s Eastern Desert. By surveying the site, which was called Mons Smaragdus in antiquity, they identified 11 mines where ancient Romans extracted emeralds.

According to a UAB statement, the archaeologists completed a detailed topographical survey of two of the “most important mines.” One of those mines contained “hundreds of galleries” and plunged to a depth of about 130 feet. They also found evidence that the Romans first identified “productive veins” before mining began in earnest.

In addition, the topographic survey revealed that the mines made up one small part of a sprawling logistical operation. Settlements, necropolises, ramps, paths, working areas, and watchtowers surrounded the mines, ensuring the extraction of beryl, the mineral base of emeralds. A structure called the Tripartite Building nearby also probably offered storage.

This work would have been important to Romans, as emeralds were thought to have powers of healing and fertility. Indeed, the archaeologists also found evidence that Roman soldiers were stationed at Sikait. According to Guzmán, this indicates that Roman soldiers were in Sikait “not only to defend [the mines], but also probably to help in their construction.”

But the team also found that the Roman soldiers may not have been able to protect the mines. Some of the buildings at Sikait, which date to between the 4th and 6th centuries, appear to have been “occupied or even built” by Blemmyes, a nomadic tribe living in the desert.

Archaeologists determined this by looking beyond the mines and at the structures nearby. They examined the main temple of Sikait, called the Large Temple, and found “two perfectly preserved ritual sanctuaries, one of which contained the last votive offering to have been made intact (between 4th and 5th centuries C.E.).” 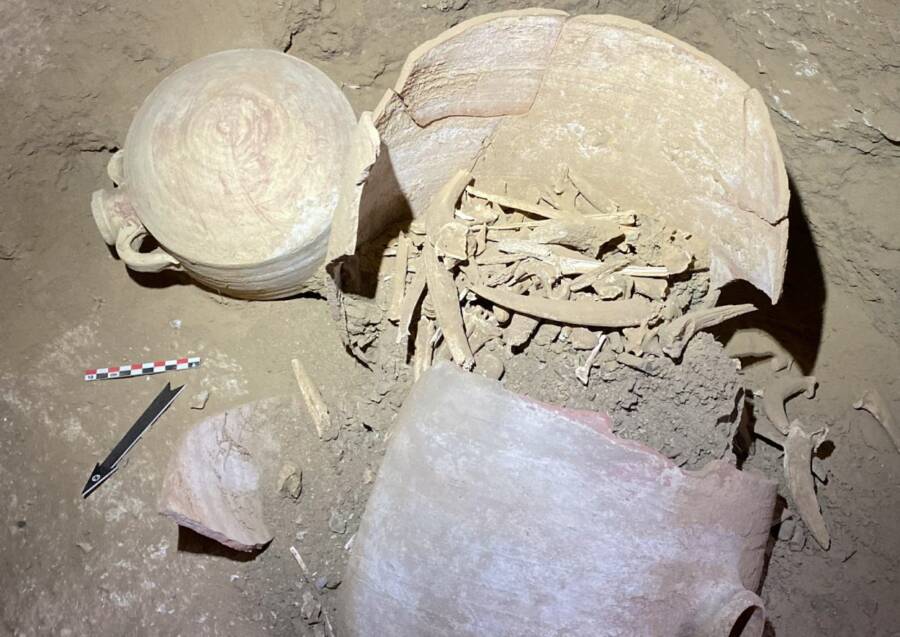 SIKAIT PROJECTA votive offering found at the Sikait site in the Large Temple suggests that a local tribe moved in and took over the mine from the Romans.

“The discovery confirms the relevance of religion and local rituals in this late period, and this suggests that the exploitation of the mines may have fallen into the hands of the Blemmyes during this time, before the fall of the empire,” Guzmán explained.

In the end, the investigation of the Roman mines is about much more than the mines themselves. In addition to better understanding how Romans searched and extracted emeralds, archaeologists now have a better idea of how Romans lived — and died — at the site.

“In addition to the discoveries, the surveying of the area has led researchers to document dozens of new settlements, mines, infrastructures, and even a new necropolis with over 100 tombs, which has added to the knowledge of ancient funerary rites and social features of the community living there shortly before the site was abandoned,” the UAB statement explained.

It added: “The research is a huge step forward in understanding how emeralds were extracted and commercialized in the Graeco-Roman and Byzantine periods.”

During the 2022 dig, which ended in January, archaeologists also focused on a structure at Sikait called the Small Temple. There, they found Greek inscriptions and allusions to Egyptian gods.

Both the discovery of the 2022 dig, and the mines examined in the 2020 and 2021 digs, show the immense promise of the Sikait site. There, archaeologists have found plenty of clues about how ancient Romans lived and worked, and how they likely lost their prized emerald mines to local nomads.

After reading about the Roman emerald mines, learn about the 700-pound emerald found in a Brazilian mine. Or, discover the story of Timgad, the Roman ruins that were “lost” in the Algerian desert for 1,000 years.