Six Of The World’s Most Baffling and Bizarre PR Stunts

Wedding the road with basic necessity, fast food is one of the most terrestrial inventions humankind has come up with yet. Which is why when KFC looked to the sky for inspiration for their latest logo, it baffled us earth-dwellers quite a bit. Boldly going where no company had gone before, they created an 87,500 square foot version of their logo near Area 51 in Nevada in 2008.

From there, the space was shot with the Google Earth satellite to resemble something of a crop circle. The ‘Face from Space’ took over 50 designers to assemble, and remarkably enough, when first unveiled, it was billed as one of the first PR stunts to transcend language. Talk about reaching a wide demographic. 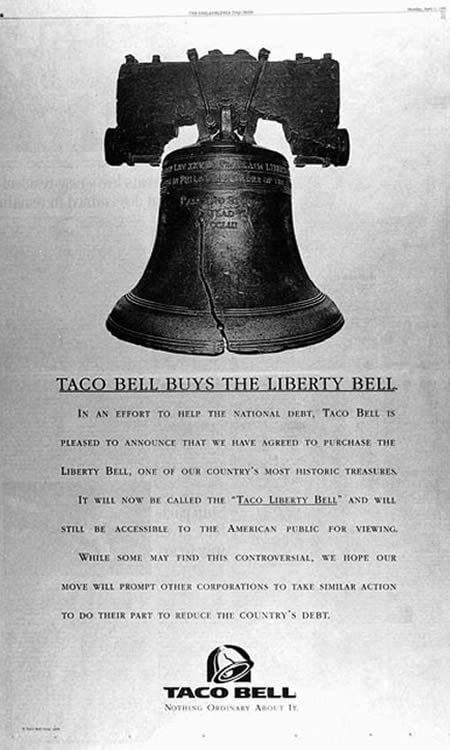 Back in 1996, Taco Bell pulled an incredible stunt which resulted in public outrage. As part of an April Fool’s Day prank, they took out an entire page in the New York Times among other national newspapers, stating that the late-night Tex-Mex treat dispensary had bought the Liberty Bell. In the ad, Taco Bell claimed that it had purchased the Philadelphia-based bell in a rather patriotic effort to help ease national debt. Lamentably, Taco Bell’s bag wasn’t exposed as fake until much later, after a swarm of press had been thrown their way. Clever or ridiculous? 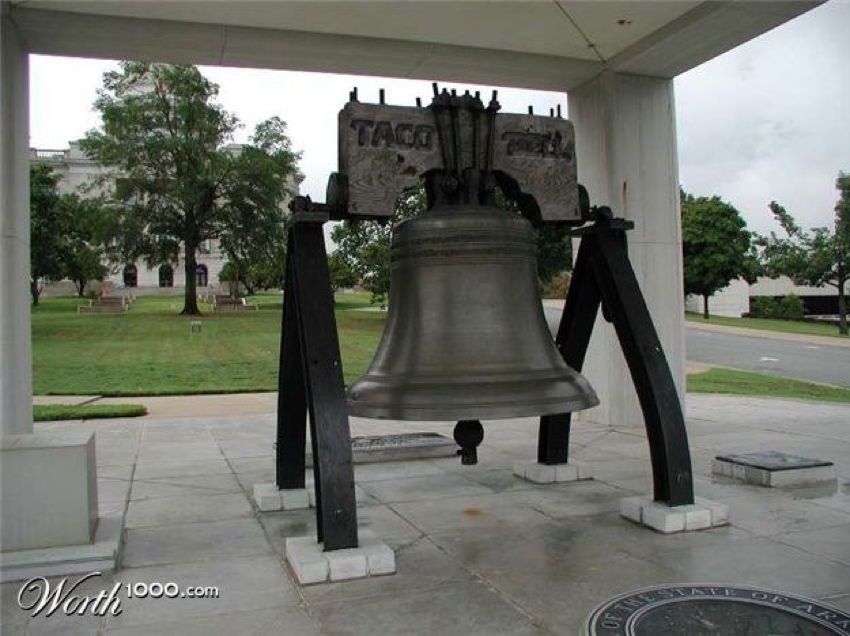