From razing New York City to torching Louisiana plantations, these slave rebellions paved the way for the Civil War, and the eventual abolition of slavery. 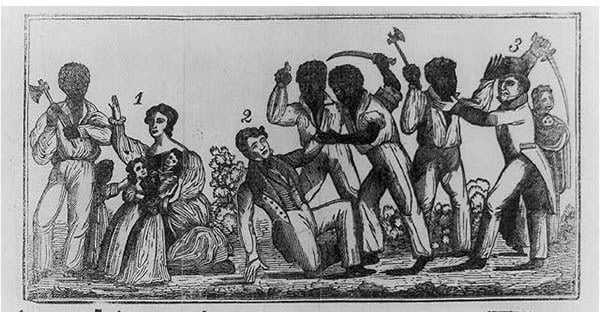 Scenes from Nat Turner’s 1831 Rebellion — this rebellion is well known, but many lesser-known slave rebellions preceded it. Image Source: Library of Congress

Over 300 years ago, a group of black slaves staged an uprising in New York City. The amount of insurrectionists is unclear, but on April 6, 1712, they set fire to a building on Maiden Lane, near Broadway. When the white colonists came to put out the fire, the insurrectionists attacked them, killing nine and injuring eight.

The rebellion resulted in the arrest of 70 blacks, and the prosecution of 43. 14 were (surprisingly, for the time) acquitted, whereas 20 were hanged, and three were burned at the stake.

The results of the rebellion point to failure, but that didn’t stop other groups of black slaves from attempting insurrections of their own. Here are four memorable examples. 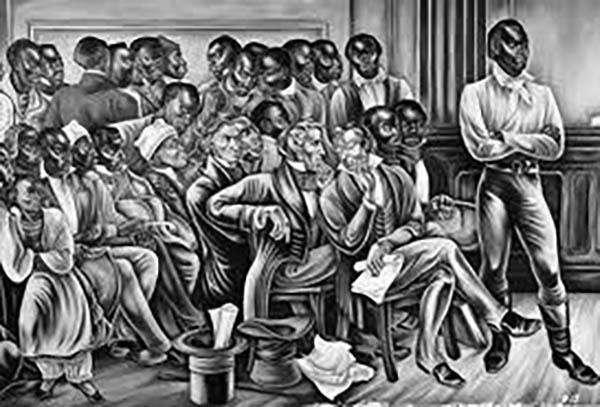 A depiction of the Gloucester County conspiracy. Image Source: i2.wp.com

Only 57 years after the colony of Virginia was founded, and centuries before the modern civil rights movement, black slaves, indigenous Americans, and white indentured servants banded together to fight against their collective, inhumane treatment — an event which some have called the “first serious conspiracy involving enslaved blacks.”

At the time, all three groups were used by white colonists to farm tobacco, but only in Gloucester County — a seaside community near modern-day Newport News — did anyone take action against the colonists.

The date for the rebellion was set for September 1, 1663. The conspirators met in secrecy beforehand, planning to gather weapons and a drum, then march through town to the Royal Governor’s mansion to demand their freedom. If RG Sir William Berkeley was not willing to grant it, the group would use force to ensure their success.

Unfortunately, a black indentured servant named John Birkenhead informed on the group. As a reward, he received five thousand pounds of tobacco, but also his freedom, the very thing the group were fighting for.

The revolt never came to fruition, and an unknown number of people were tried and executed for treason. Their heads were removed and placed on chimney tops to discourage others from attempting similar action, a gruesome testament to oppressive inequality. 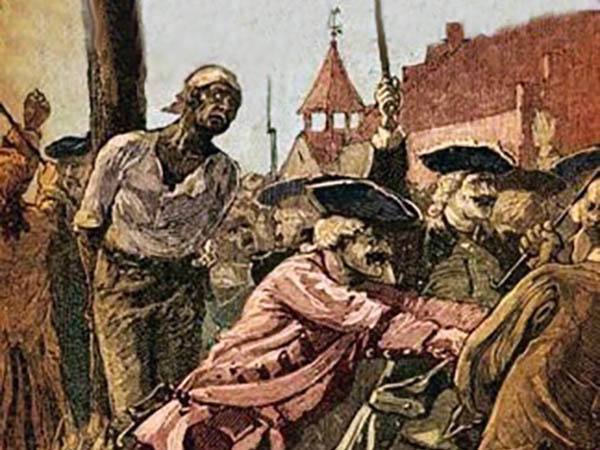 21 years after the April 6th New York City uprising, another of American history’s most important slave rebellions began to form. While certain elements of this story are disputed by historians, the revolt — another collaboration between black slaves and poor whites — was known as the Panic of New York and was meant to destroy New York City with a series of fires, started in secret. At the time, New York had the second-highest amount of slaves in the colonies: one for every five people.

An economic depression the previous winter had depleted food and fuel supplies, further sowing discontent among the poor and enslaved, many of whom were in danger of freezing to death. Tensions ran high until a war with Cuba resulted in fewer military forces in the city, at which point, the oppressed made their move.

In March and April of 1741, 13 fires were lit throughout Lower Manhattan, damaging or destroying Fort George and the governor’s mansion. While fires were always a likelihood in the city, thanks to the frame buildings and the number of wood-burning stoves and fireplaces, some among the elite began to suspect that the fires were planned by the poor.

After one warehouse fire, a 16-year-old indentured servant named Mary Burton was arrested while fleeing the scene. Burton quickly gave up the names of her co-conspirators, resulting in 175 arrests, 17 people being burned alive, and 18 hanged. The supposed leaders of the revolt were also gibbetted to deter future rioters.