Lost In The Ashes: The Mystery Of The Vanished Sodder Children

The chilling story of the Sodder children, who vanished after their West Virginia home went up in flames in 1945, leaves more questions than answers.

The citizens of Fayetteville, West Virginia awoke to tragedy on Christmas Day in 1945. A fire had consumed the home of George and Jennie Sodder, leaving five of the couple’s 10 children dead. Or were they? Before the sun set on that tragic December 25, nagging questions arose about the fire, questions that persist to this day, placing the Sodder children at the center of one of American history’s most infamous unsolved cases. 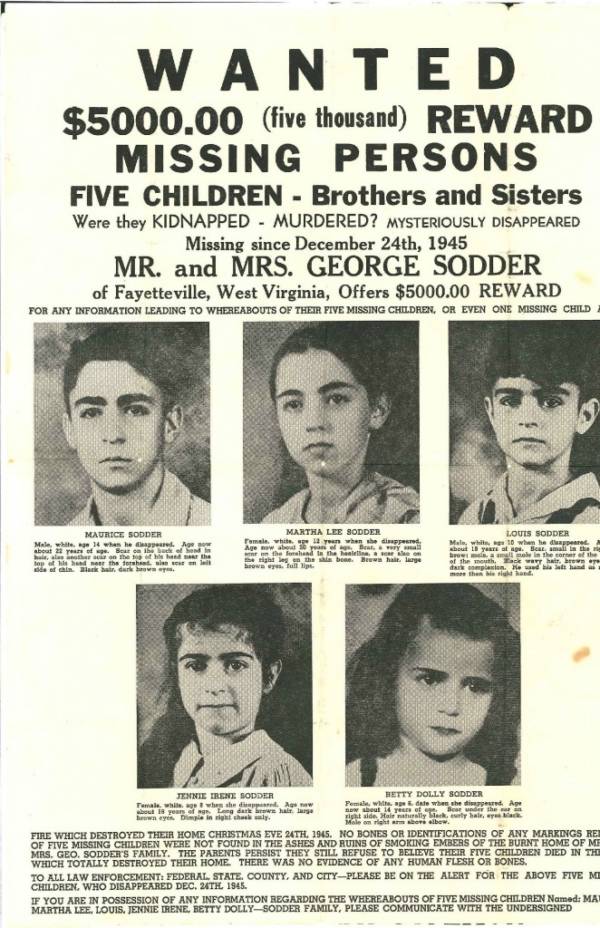 Jennie Henthorn/SmithsonianTo this day, no one knows exactly what happened to the Sodder children after the family home burned down in 1945.

Did Maurice (14), Martha (12), Louis (nine), Jennie (8), and Betty (5), really perish in the fire? George and mother Jennie didn’t think so, and erected a billboard along Route 16 to enlist the help of anyone who might have information about their children.

The undisputed facts are: 9 of the 10 Sodder children (the oldest son was away in the Army) went to bed on Christmas Eve. After that, mother Jennie was awoken three times.

First, at 12:30 a.m., she was awoken by a phone call during which she could hear a man’s voice as well as glasses clinking in the background. She then went back to bed only to be startled by a loud bang and a rolling noise on the roof. She soon dozed off again and finally awoke an hour later to see the house engulfed in smoke. 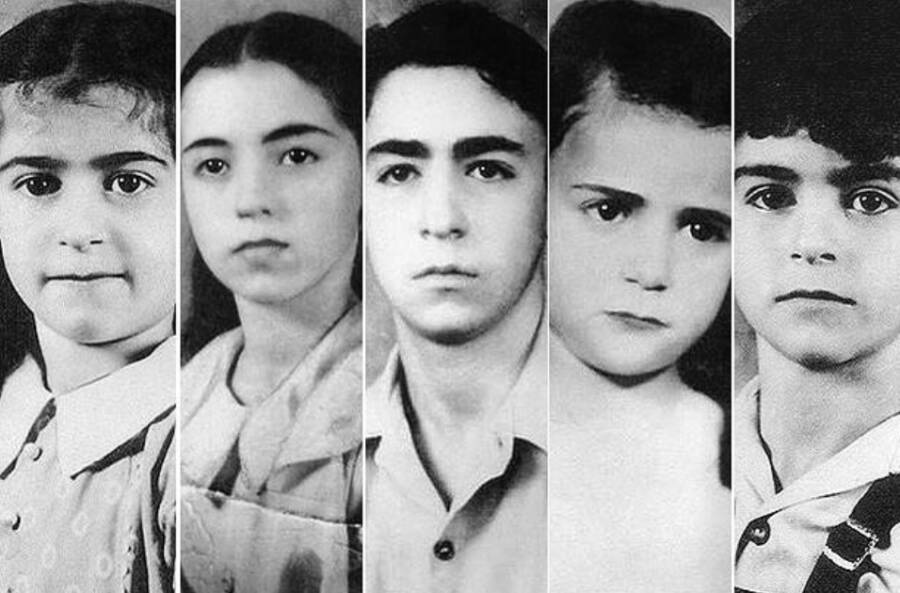 George, Jennie, and four of the Sodder children — toddler Sylvia, teenagers Marion and George Jr. as well as 23-year-old John — escaped. Marion ran to a neighbor’s house to call the Fayetteville Fire Department, but did not get a response, prompting another neighbor to go looking for Fire Chief F.J. Morris.

In the hours spent waiting for help, George and Jennie tried every imaginable way to rescue their children, but their efforts were thwarted: George’s ladder was missing, and neither of his trucks would start. Help did not arrive until 8 a.m. even though the fire department was just two miles away from the Sodder home.

The police inspector said the cause of the fire was faulty wiring. George and Jennie wanted to know how that was possible given that there had been no previous issues with the electricity.

Where Did The Sodder Children Go?

They also wanted to know why there were no remains among the ashes. Chief Morris said that the blaze had cremated the bodies, but a crematorium worker told Jennie that bones remain even after bodies are burned at 2,000 degrees for two hours. The Sodder home only took 45 minutes to burn to the ground.

A 1949 follow-up search uncovered a tiny portion of human vertebrae, which was determined by The Smithsonian Institution to have sustained no fire damage and most likely was mixed in with the dirt that George used to fill in the basement while constructing a memorial for his children.

There were other oddities about the case as well. In the months preceding the blaze, an ominous drifter hinted at doom, and a few weeks later, an insurance salesman angrily told George his house would go up in smoke and his children would be destroyed as payment for his criticism of Mussolini among the area’s largely Italian immigrant community. 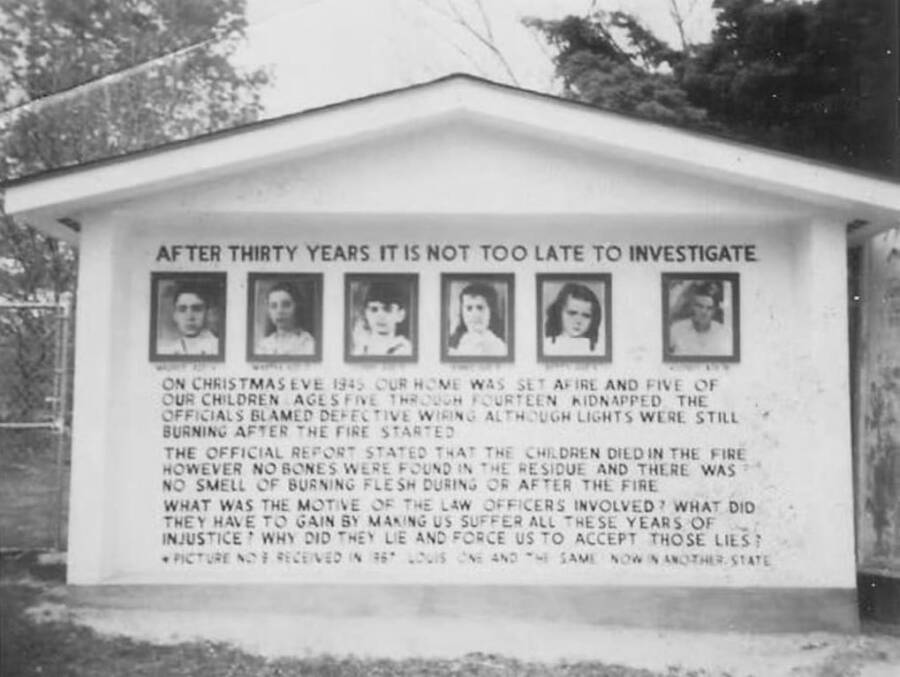 And the sightings began immediately after the fire. The Sodder children were reportedly spotted in a passing car watching the blaze, said some locals. The morning after the fire, a woman operating a truck stop 50 miles away said the children, who were with Italian-speaking adults, came in for breakfast.

The Sodders contacted the F.B.I. to no avail, and spent the rest of their lives searching for their children, scouring the country and following up on leads.

Nearly 20 years after the fire, in 1968, Jennie received a picture in the mail of a young man claiming to be Louis, but attempts to find him were fruitless. George died later that year. Jennie built a fence around their home and wore black until she died in 1989.

After this look at the case of the Sodder children, take a look at some of history’s creepiest unsolved serial killings. Then, read up on bizarre cold cases where neither the murderer nor the victim was ever identified.