Mexican Woman In Viral TikTok Could Be Sofia Juarez, The Girl From Washington State Who Vanished In 2003

In 2003, Sofia Juarez vanished into thin air. The Kennewick, Washington, girl hasn't been seen since — unless she is the woman in a viral TikTok interview from Culiacán, Mexico. 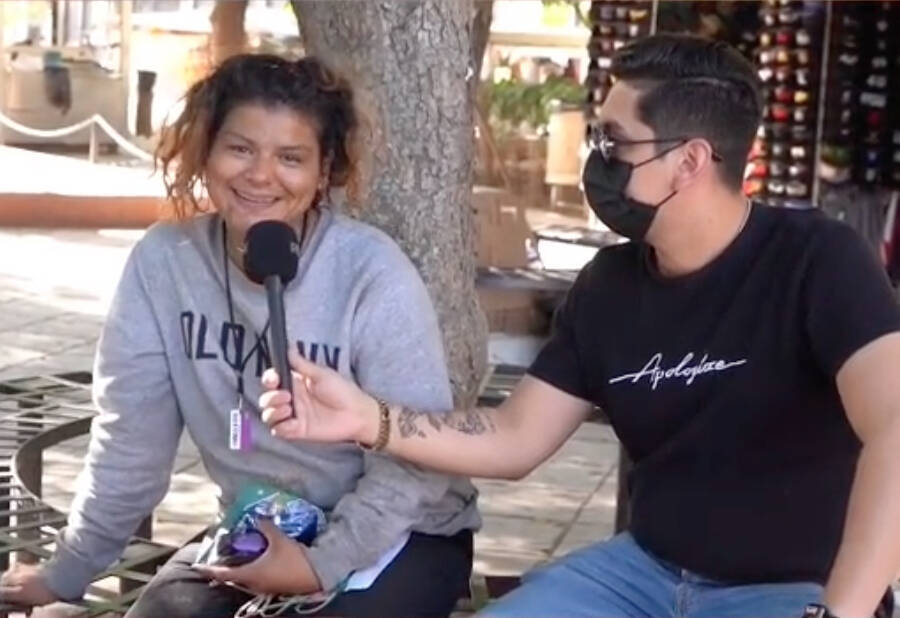 TikTokViewers of the TikTok interview say this woman bears a remarkable resemblance to young Sofia Juarez.

It was one day before her fifth birthday that Sofia Juarez disappeared from her hometown of Kennewick, Washington. The 2003 incident left her family in shambles and police with few leads. Incredibly, a TikTok video from Mexico that just went viral might hold actual answers — with some viewers suggesting that it depicts Sofia Juarez herself.

Though it has been 18 years since anyone has knowingly seen Sofia, it appears that a TikTok personality interviewing people in the streets of Culiacán, Mexico, in March might have unwittingly found her. Washington State police are stunned at the claims made by the woman being interviewed makes in the footage, according to People.

In the video, the woman says she is about 22 years old, just a year younger than Juarez would be this year. She explains that she strongly dislikes birthdays and believed she might have been abducted as a child. Kennewick Police Special Investigator Al Wehner was astonished not only by the woman’s claims, but by her resemblance to Juarez. 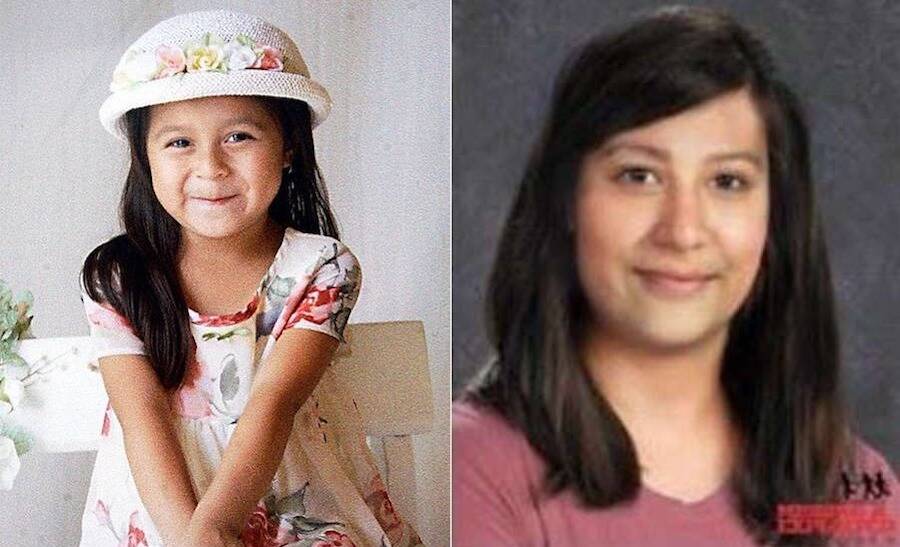 “If you compare the features of her that are shown in the video to the photos of Sofia and age progression photos, there are some very obvious physical similarities,” Wehner said. “Our interest is obviously piqued by her moment about a traumatic event having occurred when she was young around the time of her birthday.”

Shortly after the video was recorded, however, the woman left the plaza and has yet to be found. She claimed to be homeless, frustrating efforts to locate her. Further, authorities have had few clues over the years as to how Sofia Juarez vanished in the first place after a simple trip to a local Kennewick shop.

The Disappearance Of Sofia Juarez

It was Feb. 4, 2003, when the 4-year-old girl followed her grandmother’s boyfriend to a store, according to Newsweek. Police believe she was abducted after he unknowingly left the store without her. Juarez lived on E. 15th Avenue with her mother, Maria Juarez, several aunts and uncles, and grandmother at the time. 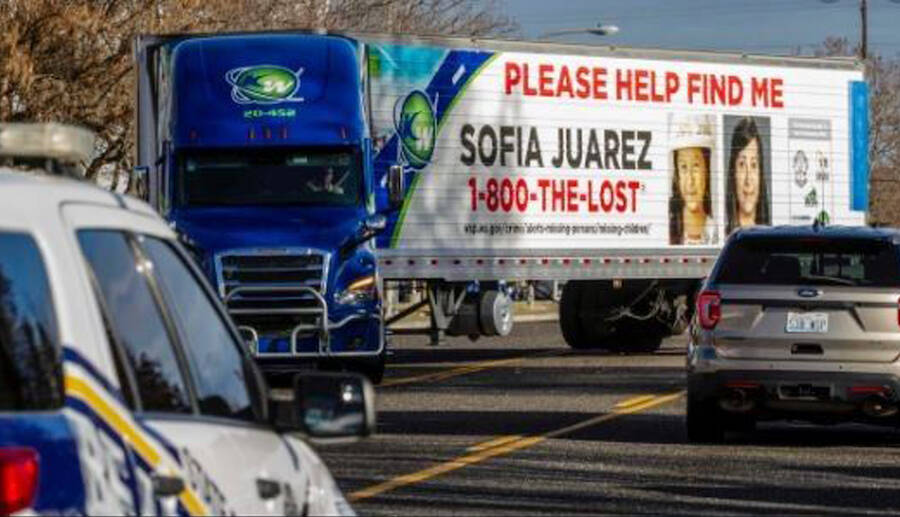 It was between 8:00 and 9:15 p.m. when somebody snatched her up on the 100 block of E. 15th Avenue as she tried to walk home. One witness claimed to have seen a girl of her description crying while being led away into a light blue or silver van with no windows that day. Sofia Juarez was never seen by her family again.

“Somebody out there knows something,” said Wehner. “Allegiances once owed to people have changed over the years. Now is the time to step forward. Sofia’s mother went to her grave not knowing what happened to her precious daughter. This was a very traumatic event for the community.”

“A lot of people remember where they were and what they were doing when Sofia went missing.”

Is The Woman In The TikTok Sofia Juarez?

This latest chapter in the case began when a Mexican TikTok personality realized his subject had been separated from her family. Wehner said that the interviewer, who usually performs comedic man-on-the-street routines, “strayed from his regular TikTok ideas” and tried to see what he could do to reunite the woman with her family.

“Somehow the issues of birthdays came up, and she made mention to him she thought she was about 22 but she didn’t like birthdays because of a traumatic event that happened to her when she was young,” said Wehner. “She thinks that she had been kidnapped at an early age.”

“She didn’t know if she was from the U.S. or Mexico. And she was hopeful that her family might be able to find her.”

Another user watched the video and commented that the woman looked like Sofia Juarez, which led to about 40 anonymous tips flooding the Kennewick Police Department’s website to notify them of the resemblance. Wehner has since spoken with the TikTok personality and traveled to the Culiacán plaza where the video was filmed, but he has been unable to find the woman. The interview, meanwhile, lingers.

Police have released age progression photos of what Juarez might look like at various stages of her life. While these seem to have helped citizens notice a resemblance between the two people in the viral video video, Wehner understands that the only thing that can confirm the identity of the woman in the footage is finding her. 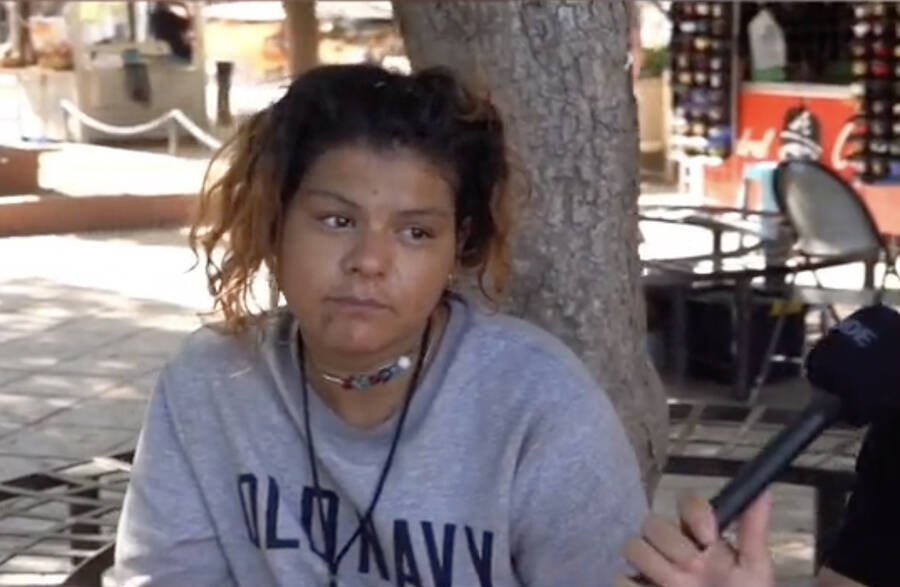 TikTokThe woman in the video has yet to be located.

“And then she has to be willing to provide the DNA sample,” he said.

Though the resemblance is striking, Wehner says they have to entertain the possibility that it may not be Sofia at all. He said that the TikTok interviewer told him he has heard from some viewers who said they were family members of the woman in the video, asking him that he “knock off the publicity you are generating about her.” Wehner also cited another call he received from someone who claimed to have gone to elementary school with the woman in the plaza.

As it stands, Wehner has asked anyone who has any information that could lead to the discovery of Sofia Juarez or the woman in the video to contact him at 509-582-1331. In the meantime, he hasn’t stopped investigating any and all other possibilities:

“There is a high degree of interest in the van.”

After reading about the viral TikTok video possibly showing Sofia Juarez, learn about Emanuela Orlandi’s chilling disappearance from the Vatican. Then, read about 11 mysterious disappearances that remain unsolved to this day.