The First Trillionaires Will Be Made In Space: The Future Of Mining

As space colonization begins to look like more of a reality, the private sector has set its sights on space mining. 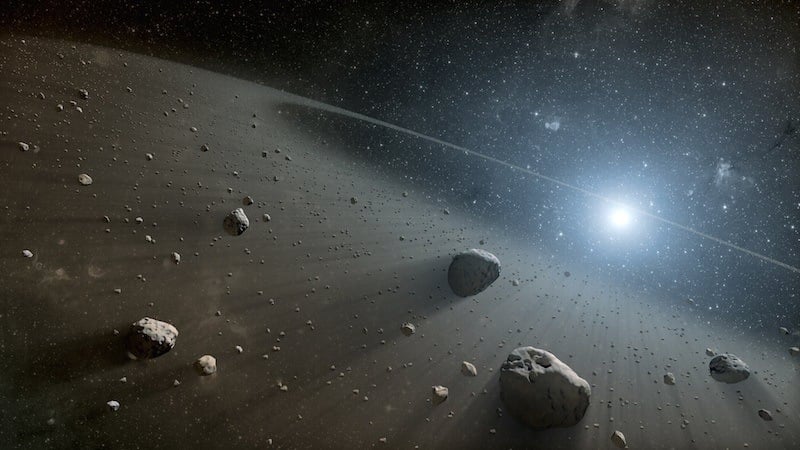 As space colonization begins to look like more of a reality while finding new sources of mineral wealth on Earth increasingly resembles a fantasy, the private sector has set its sights on space–or more specifically on the Manhattan-sized hunks of rock and metal hurtling through space at 56,000 miles per hour–for future sources of fortune. More than 10,000 asteroids currently orbit the Earth, and three men believe they can extract and sell their components for an enormous profit.

Larry Page of Google, filmmaker James Cameron, and Peter Diamandis of the X-Prize Foundation make up this curious hodgepodge of rich white men, and in 2012 they founded a privately-traded company called Planetary Resources, which is the forerunner in the race to extract resources from asteroids.

Why asteroids? These massive celestial rocks can contain huge quantities of platinum and its sister metals, which are both rare and expensive on Earth. They also contain water and iron, which are hard to come by in space and serve multiple purposes in outer space endeavors (think radiation protection, fuel sources and sustaining human life). For an idea of just how much one asteroid can be worth, check out the chart below: 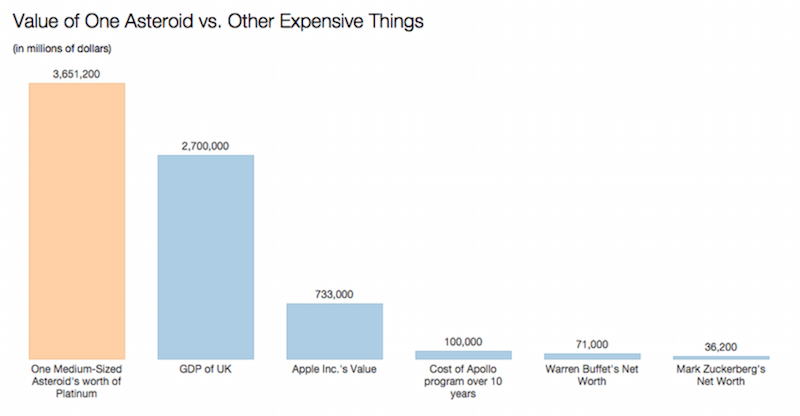 According to Chris Lewicki, President and “Chief Asteroid Miner” at Planetary Resources, asteroid mining would not only create trillionaires here on Earth, but it is also the first step toward exploring the final frontier. It’s also just smart business: if space exploration firms were able to mine for resources in space–as opposed to having them shipped via rockets–they would save millions. 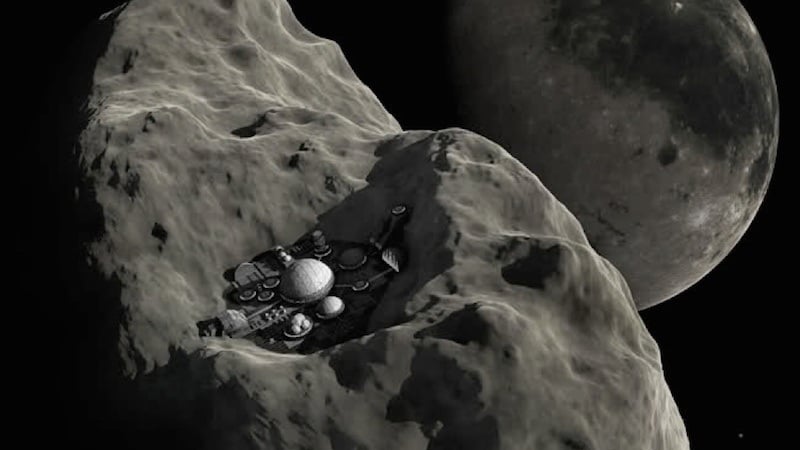 They’d also save a lot of time. Having mining spots in space would allow astronauts to travel farther and faster, and mean that space colonies could theoretically become self sufficient. “Resources have allowed us to move into every frontier on planet Earth,” said Lewicki earlier this year. “If we can find the same opportunity in space, we will find an economic engine to fund the exploration of space.”

It’s possible that Lewicki is exaggerating the timeline of space settlement for the benefit of his company, but one thing is clear: the race is on. Right now private companies are the biggest players in the game, but the government of Japan launched its own space mining operation in 2013. Even the United States government sees this new industry looming on the horizon and is attempting to make it economically feasible for the private sector. 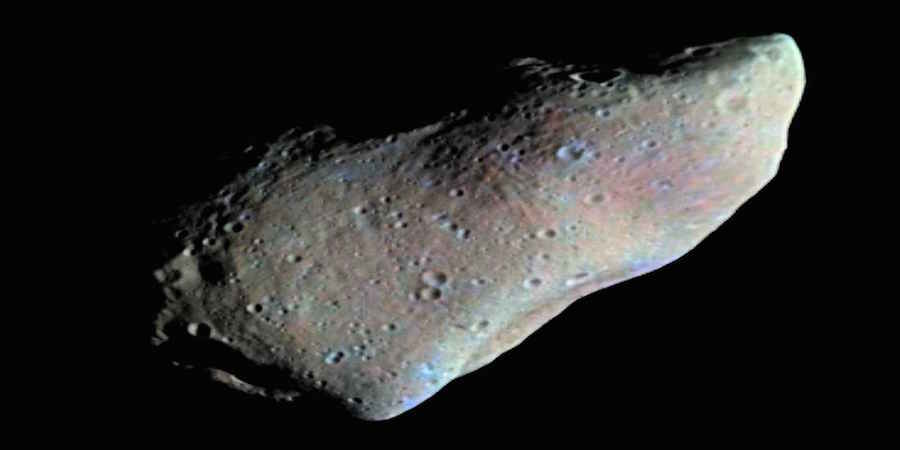 Last year Congress introduced a bill, the Asteroid Act, which would grant ownership of any resources extracted from the asteroids to the company that mined them. While this bill has not yet reached the floor of the House, its mere existence proves that space mining is abandoning the fringes and entering the realm of reality more quickly than most thought.

Asteroid mining is no easy feat. It can be difficult to determine what, if any, valuable resources a given asteroid contains since they move through space at such high speeds. This high margin of uncertainty is fueling a satellite market of space prospecting tools, like a new, lightweight telescope that will float in space hunting for valuable asteroids.

A digital illustration of the Planetary Resources Arkyd 101 Space Telescope–a tool which will be used to identify valuable asteroids. Source: Mic

Once a telescope assesses an asteroid and determines that it contain resources valuable either on Earth or in space, space mining companies will send tiny robots to cling to the asteroid’s surface and extract resources using drills.

Given the legal murkiness of outer space mineral rights and more generally the extension of risky extractive activities to space, many still have reservations about the burgeoning industry. Regardless, it’s possible that the next generation of one-percenters may earn their fortunes in space.

For a little more information on Planetary Resources and asteroid mining check out this interview with Chris Lewicki: