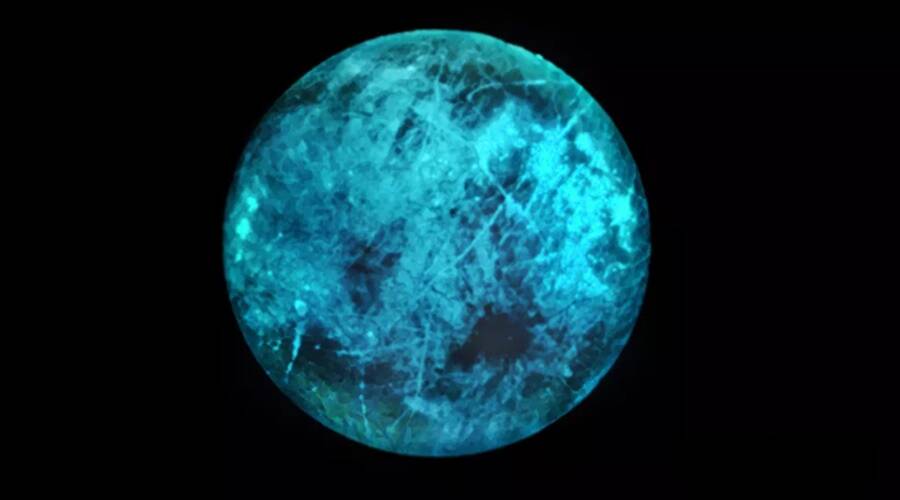 NASA/JPL-CaltechAn illustration of Jupiter’s moon Europa with its glowing icy surface that made space news headlines this year.

In probably one of the most compelling space news stories of 2020, researchers found that Jupiter’s moon Europa probably has a radioactive glow.

According to scientists at NASA’s Jet Propulsion Lab (JPL), Europe is “bombarded by” radiation emanating from Jupiter, causing it to “glow in the dark.”

“If Europa weren’t under this radiation,” said lead author of the study Murthy Gudipati, “it would look the way our moon looks to us — dark on the shadowed side.”

This is significant because researchers have long believed that Europa, an icy moon, might have liquid water on it, making it a contender in the search for cosmic places that could sustain life. But now scientists want to know how radiation from Jupiter could affect it.

Gudipati and a team of researchers tested the effects of radiation on the icy moon by creating a lab-sized simulation of Europa, which featured a mixture of water, ice, and salts like sodium chloride and magnesium sulfate. Then, they exposed it to radiation.

As they predicted, researchers observed that the ice glowed as particles on its surface became supercharged by the radiation. While the result wasn’t particularly surprising, researchers did discover something unexpected: the type of glow changed based on the composition of the ice. 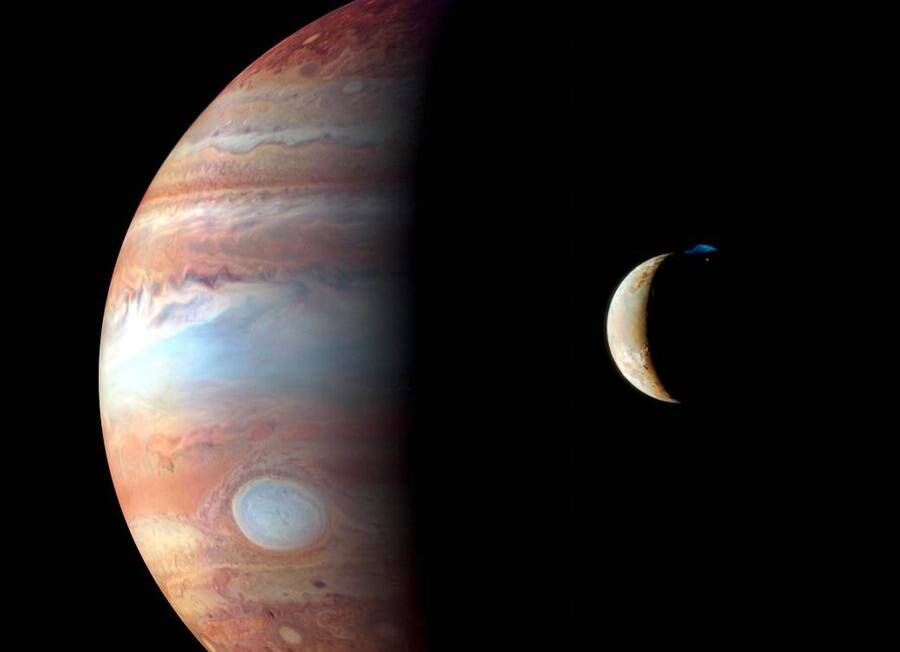 NASA/Johns Hopkins University Applied Physics Laboratory/Southwest Research Institute/Goddard Space Flight CenterA visual of Jupiter and another one of its moons, Lo. The planet has 79 moons known to date.

“We never imagined that we would see what we ended up seeing,” said co-author Bryana Henderson. “When we tried new ice compositions, the glow looked different. And we all just stared at it for a while and then said, ‘This is new, right? This is definitely a different glow?’ So we pointed a spectrometer at it, and each type of ice had a different spectrum.”

The study, which was published in the journal Nature Astronomy in November 2020, suggests that scientists could potentially determine the composition of different parts of Europa’s icy shell based on how its surface glows under radiation.

The research is a significant foundational base for data that will be harvested from NASA’s Europa Clipper probe which is scheduled to launch in 2024.

These space news stories have certainly shown just how much our knowledge of the final frontier has progressed. But these discoveries have also emphasized how much we still have to uncover.

We may never unlock all the secrets of the universe. Nevertheless, humanity has sure come a long way in trying.

After this look at space news stories that blew us away this year, explore see which science news articles we couldn’t stop talking about. Then, for a change of pace, see which odd news stories from 2020 still have us scratching our heads.