Tennessee Man Lights Up Joint While In Court For Marijuana Possession

The stunt backfired when the young defendant was sentenced to 10 days in jail for contempt of court. 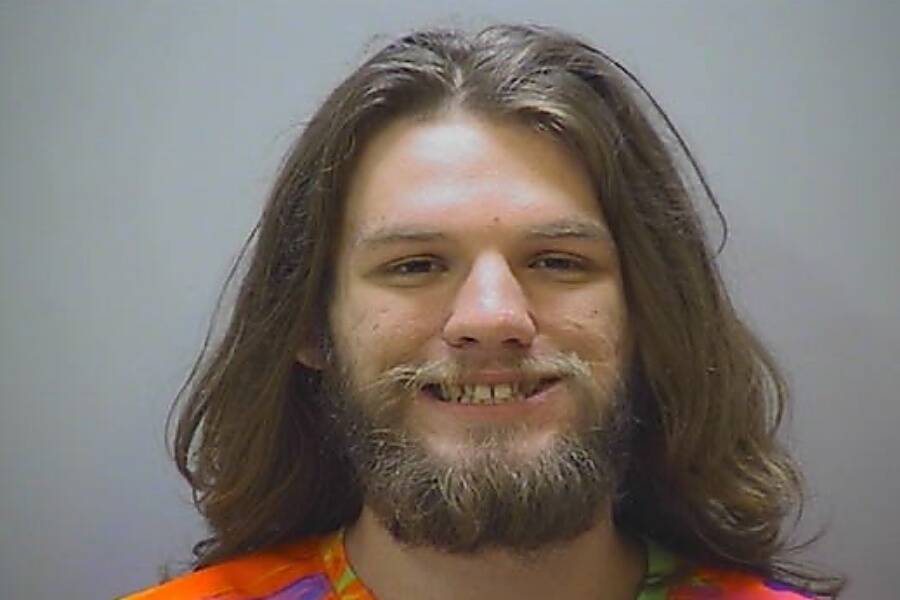 Wilson County Sheriff’s OfficeThe internet was ablaze with laughter when Spencer Boston smoked a marijuana cigarette in front of a judge in court.

A courtroom in the town of Lebanon, Tennessee, lit up with laughter after a defendant tried to smoke a marijuana cigarette — while he was being charged with marijuana possession.

Twenty-year-old Spencer Boston appeared before Judge Haywood Barry on Monday at the Wilson County General Sessions building for a simple possession charge, but could now also be penalized for his behavior during this hearing.

According to courtroom footage, the first minute-and-a-half that the Judge addressed Boston nothing was out of the ordinary. Decked out in a camo jacket, a bright tie-dye shirt, and light brown pants, Boston appeared cooperative and nodded in response to the judge when necessary with both arms folded in front of him. However, the scene quickly began to change when the defendant removed a rolled cigarette from his pocket.

Audio of Boston’s court appearance is unavailable but, according to local news outlet WSMV, Boston made his case for the legalization of marijuana in front of the judge while lighinting a joint.

The scene in the video turned rowdy as security personnel suddenly realized what was happening. One of the guards grabbed Boston’s left arm as the young man was waving his joint about, presumably shouting his arguments for marijuana legalization at the crowded courtroom which appeared to be in a mixed state of shock and amusement.

Watch the outrgaeous full video below:

But before Boston could be ushered out of the court, he turned to the gallery and yelled, “The people deserve better!”

According to Wilson County Sheriff’s Department Lt. Scott Moore, some of the folks who witnessed Boston’s fiery antics laughed out loud. But Moore is among the few who didn’t find the courthouse stunt particularly amusing.

“When you go into a courtroom it demands respect and it was not given yesterday,” Moore said. “This is the first time in law enforcement I’ve seen something like this.” Even some others who saw the humor in Boston’s antics took issue with his behavior.

“Even though everyone in this town’s laughing — because it is funny and we are very impressed that he got that [joint] in the courthouse — but I think his parents are really disappointed,” said resident Jessica Davis.

Another resident named Dwayne argued that he understood Boston’s pro-legalization sentiments but he didn’t agree with the smoker’s approach.

“I think he was trying to prove a point but it went across the wrong way,” Dwayne said. “Maybe if it did it outside the police station it probably wouldn’t have been as bad. Maybe it would’ve been worse.”

Whatever the public’s opinion of Boston’s smoking protest, it’s clear that it was probably not the best idea. 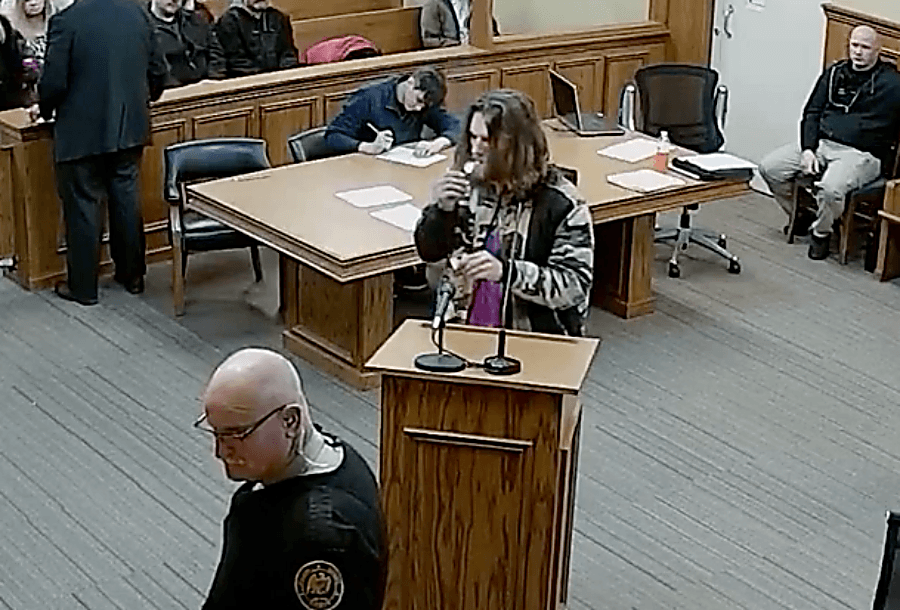 Nashville TennesseanDuring a lull in the court, Spencer appeared to take out a joint and smoke it.

Boston, who isn’t legally old enough to drink yet, was arrested immediately after the incident. He is currently serving 10 days in jail for contempt of court. After that, Boston will be eligible to post a $3,000 bond. He could possibly be faced with an additional possession charge and disorderly conduct charge.

The stunt may be unbelievable to those not under the influence, but people have done stranger things when it comes to weed. In 2018, a Florida man reportedly tried to pay for his fast food drive-thru order with a bag of marijuana.

There have also been other cases of marijuana smokers confronting authorities directly, like this incident last November when the Kansas City Missouri Police Department was asked via Facebook: “Is weed legal here? I’ve been smoking all night and it only just now occurred to ask.”

It’s unclear whether that person knows about Google.

Now you’ve learned about the Tennessee man who smoked a marijuana cigarette during a court appearance, check out the Ohio smoker who called up police to demand they give back his weed. Then, meet the Sisters Of The Valley, the Californian nuns who devoted their lives to weed.