Stefan Mandel: The Man Who Hacked The Lottery And Won 14 Times

From the 1960s through the 1990s, Romanian-Australian economist Stefan Mandel won the lottery 14 times. Here's how he did it. 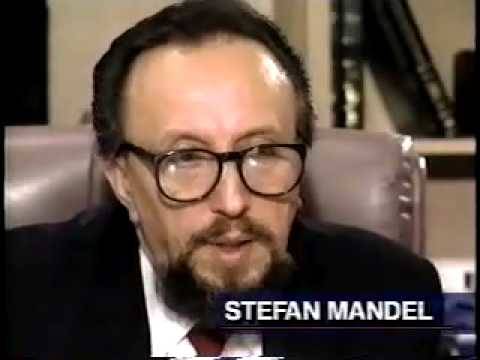 You have a higher chance of being eaten by a shark, struck by lightning, or winning an Olympic gold medal than of winning the lottery even once. But Stefan Mandel hacked the system and won a whopping 14 times.

A “Weekend Mathematician” Hatches A Scheme

An admitted “weekend mathematician, an accountant without too much education,” Stefan Mandel came from Romania, back when it was still under Soviet control.

Life under Soviet rule in the 1960s was daunting for most people living behind the Iron Curtain and Mandel found himself struggling to support his wife and two children on a salary equivalent to just $88 a month.

People struggling to make a living in communist countries in the Cold War-era usually found themselves presented with just two options: supplementing their meager incomes with illegal activities or fleeing to the West.

But Stefan Mandel found a third option: an algorithm that would guarantee him a lottery win.

Stefan Mandel And The Lottery Hack

As Stefan Mandel later said, “mathematics properly applied can guarantee a fortune.” And that’s exactly how it played out.

Mandel’s initial breakthrough was simple: He realized that the key to hacking his way to a lottery win was to identify jackpots that had gotten three times larger than the total potential number of winning combinations.

So, for a lottery that requires participants to pick six numbers ranging from 1 to 40, for example, there are a possible 3,838,380 winning combinations. In this scenario, Mandel would wait until the jackpot rose to three times that number, about $11.5 million.

The reasoning was simple: If tickets were $1 a piece (as they generally were at the time and in the lotteries that Mandel targeted), then you could buy a ticket for every combination and turn in the one that won the jackpot and thus rake in double the amount of money you’d spent on the tickets.

Of course, you wouldn’t actually rake in double the money because Mandel had overhead costs to cover, which necessitated that the jackpot be three times the total number of possible winning combinations in order for him to turn a profit.

Turning Lotto Winning Into A Business

The overhead costs and the logistics are where the Stefan Mandel scheme got complicated, even if the underlying mathematical idea was simple.

After identifying a lotto with the right winning combinations to jackpot ratio, Mandel would round up a group of investors who would each contribute a relatively small amount (a few thousand dollars each). Using the money from his investors, Stefan Mandel would then print out millions of tickets with each combination (which you could do in those days), then take them to authorized lotto dealers to be bought and entered.

Then, once a combination hit, the winnings would be divvied up among Mandel and the investors.

Mandel first tried out his scheme in his native Romania with a group of friends. The spare time he had spent studying theoretical mathematics paid off and he won around $19.3 thousand dollars, enough to bribe government officials to let him out of the country and start a new life in the West. He then started doing it in the U.K. and Australia in the 1970s and ’80s.

The plot had downsides of course. Originally, Mandel had to write out all the combinations by hand, which greatly increased the chances of human error. The Romanian jackpot had also been relatively small; after paying off all his investors, he only pocketed about $4,000 for himself.

In general, Mandel’s own margins weren’t enormous. For example, after one 1987 win, worth $1.3 million, he paid back investors and paid taxes and was left with “only” $97,000 for himself.

But after eventually settling down in Australia, Stefan Mandel was able to perfect his system. 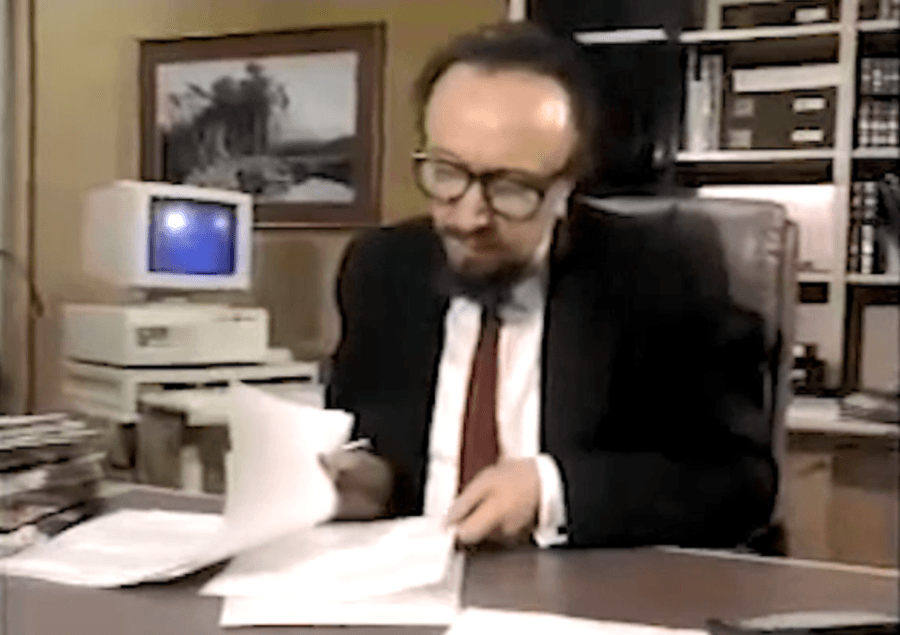 The development of computers in the 1980s greatly simplified the whole process for Stefan Mandel. Instead of filling out tickets by hand, he could simply let the machines do the work.

Meanwhile, he also managed to round up a solid group of investors and would constantly be on the lookout for jackpots that met the requirements. Throughout the 1980s, the Australia-based “lotto syndicate” hit 12 jackpots and scored more than $400,000 in other winnings before attracting the attention of the authorities, who then changed the lotto laws to prevent future manipulations of the system.

But Mandel’s biggest hack was still yet to come.

Supported by his international network of co-conspirators, in February of 1992 Stefan Mandel decided to apply his system to the Virginia state lottery, which had reached a jackpot of more than $27 million.

Mandel’s man on the ground, Anithalee Alex, oversaw the processing of 7 million tickets from more than 100 grocery stores and gas stations all over Virginia. Although the store clerks balked at the sheer number of tickets they were being asked to process, there was nothing technically illegal about an individual purchasing thousands of single tickets, and so the plan moved forward.

The Stefan Mandel system worked perfectly and on Feb. 16, 1992, he won the jackpot.

The large sum naturally drew the interest of government officials, although after multiple investigations, the CIA, FBI, and IRS declared Mandel innocent of any wrongdoing. In the end, it came down to a little luck, some math, and a ton of legwork. As Stefan Mandel himself put it, “any high school math student could calculate the combinations.”

With that, he raked in more than $15 million himself (against more than $5 million in expenses).

But still, Stefan Mandel had seen his system through to perfection and won his fortune for himself.

Copycat hopefuls today, however, are out of luck. After Mandel’s escapades, U.S. lotto authorities changes the rules, making his scheme impossible to replicate. People are no longer allowed to print their own tickets at home and buying lotto tickets in bulk by the thousand is now also forbidden.

As for Stefan Mandel, the man who hacked the system, he has “retired from the lottery” and lives on a small tropical island off the coast of Australia.

Correction: A previous version of this story incorrectly stated that Stefan Mandel had been imprisoned in 2004. This has now been removed.

After this look at Stefan Mandel, read about unlucky lottery winner Jeffrey Dampier. Then, read about Frane Selak, the man who won the lottery after cheating death seven times.