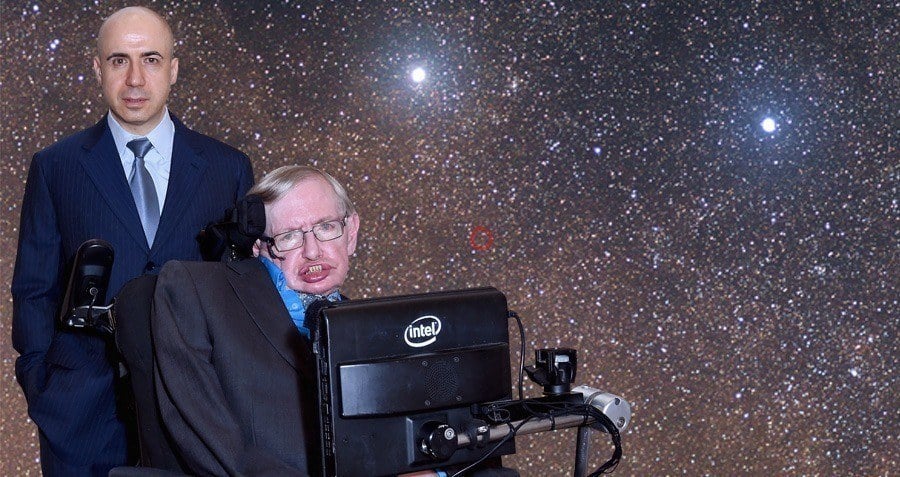 The hunt for alien life has gained serious traction with a new project funded by Stephen Hawking and Russian billionaire Yuri Milner.

Their project, Breakthrough Starshot, is a philanthropic endeavor that focuses on space exploration and hopes to eventually lead us to extraterrestrial life. Mark Zuckerberg will join Breakthrough’s board.

“Earth is a wonderful place, but it might not last forever,” Hawking said in a statement. “Sooner or later, we must look to the stars. Breakthrough Starshot is a very exciting first step on that journey.”

The first place Breakthrough Starshot plans to look? Alpha Centauri, the closest star system to Earth — which is about 25 trillion miles away from us.

Whether in Alpha Centauri or elsewhere, alien life is most likely located in what astronomers call habitable zones, or the region of a solar system where a planet is able to retain liquid water, essential to maintaining life. Too close to the star, and the water will be vaporized. Too far away, and it will freeze.

Breakthrough Starshot will search for these habitable zones using nanocrafts. The tiny spacecrafts are propelled by a sail and pushed forward by a group of laser beams called a Light Beamer, and will also be equipped with tiny processors called StarChips.

With this technology — if Hawking and Milner’s theories hold true — these nanocrafts will be able to travel at one-fifth the speed of light. Standard spacecrafts (the type that carries astronauts) would take 30,000 years to Alpha Centauri. Hawking’s nanocrafts would be able to get there in about 20 years.

Hawking isn’t the only public figure making waves about aliens as of late. A week ago, a video surfaced of Hillary Clinton’s campaign manager, John Podesta, reassuring the public that if Clinton is elected president, she will declassify as many records on UFO activity as possible.

Clinton herself admitted as much to Jimmy Kimmel in March, saying, “I would like to go into those files and, hopefully, make as much of that public as possible.”

With heavyweights like Hawking and Clinton getting involved, we might be getting closer to discovering whether or not the truth is really out there.

Next, peak inside the Golden Record, a time capsule of humanity made for aliens. Then, find out what the European Space Agency has planned for future explorations.