A persona created by vaudevillian Lincoln Perry in the 1920s, Stepin Fetchit made Perry rich — but also angered many Black Americans due to his use of racial stereotypes. 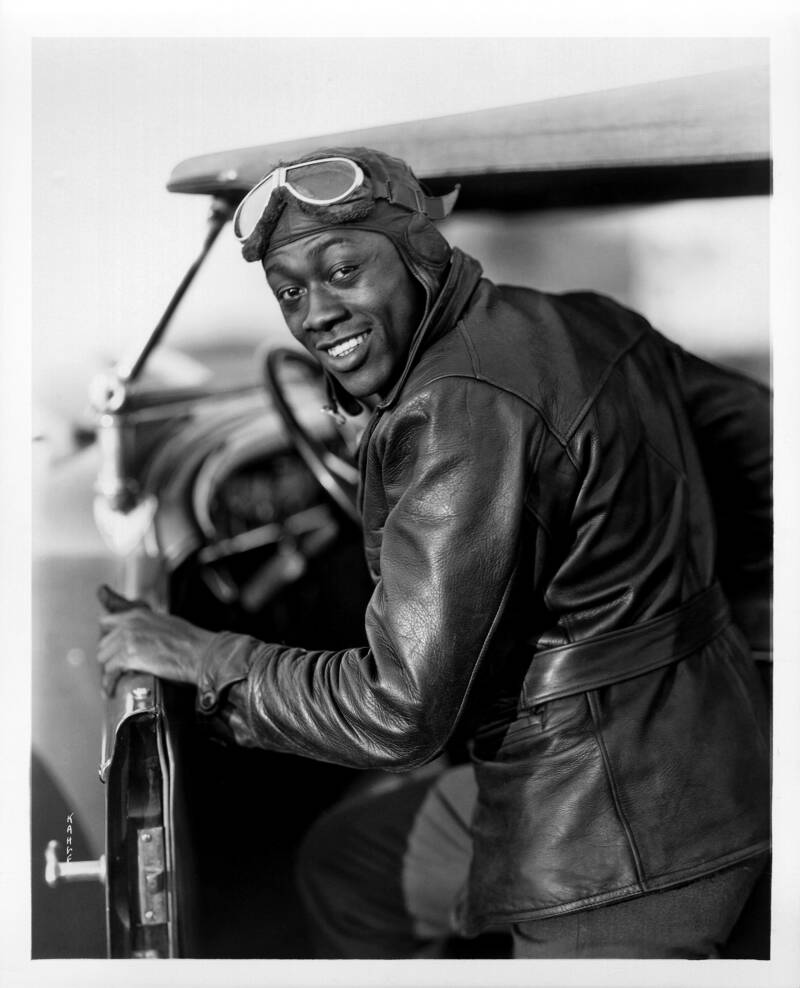 Stepin Fetchit, the persona embodied by pioneering Black actor Lincoln Perry, was a character from a more overtly racist time in American history. Though Perry’s character caused him to be reviled by many of his contemporaries, the actor behind Stepin Fetchit was as different from his character as one could possibly imagine.

And while Perry was the first bona fide Black superstar in Hollywood, becoming the first to earn $1 million for his roles, he was forever haunted by his character, and he ultimately died penniless. This is the tragic true story of Stepin Fetchit and the actor who played him.

Before Stepin Fetchit, There Was Lincoln Perry

Lincoln Theodore Monroe Andrew Perry was born in Key West, Florida, to West Indian parents of Jamaican and Bahamian descent. His father, Joseph Monroe, was a cigar maker, while his mother, Dora, was a seamstress.

But that’s all that’s known for sure about Perry’s background — even his birth year has been questioned over the years. However, it is known that Perry’s mother wanted him to become a dentist — but even as a child, he knew he wanted to be a performer.

“My boy was always tapping his feet. He would sit down to eat a meal and under the table his feet would go tap, tap, tap,” she is reported to have told a newspaper.

As a teen, Perry ran away from his adopted family and became a singer and a tap dancer, joining the minstrel and medicine shows that were all the rage in America. And it’s from these early performances that the idea of Stepin Fetchit first took hold.

How Stepin Fetchit Started Out In Vaudeville 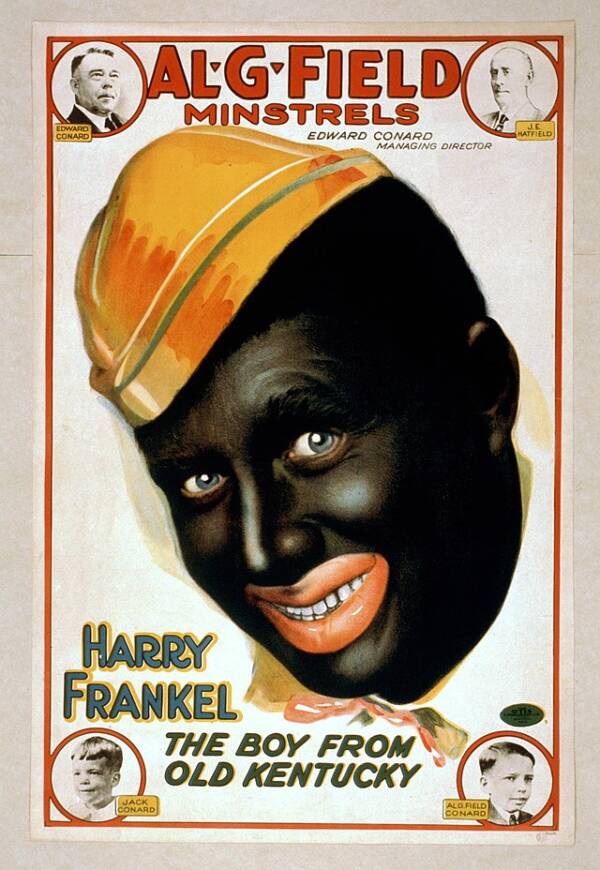 Library of CongressA typical ad for a minstrel show, c. 1910.

In the 1920s, vaudeville was all the rage in Hollywood. Originating in France in the late 19th century, American vaudeville featured a combination of various acts that could range from classical dancers and magicians to trained animals and minstrel shows.

Minstrel shows were the origin of many enduring racist tropes — such as the “mammy,” the “slave and the dandy,” and the “mulatto wench” — that still complicate many dated entertainments for modern audiences.

This was the world that Perry walked into in the 1920s when he finally landed in Hollywood and began working the vaudeville circuit. A 20th Century Fox talent scout spotted his show one night and scheduled a screen test for young hopeful. And it was here that the character of “Stepin Fetchit” — whose act came straight out of minstrel shows — was born.

Perry once claimed that he came up with the name as a contraction of “step and fetch it,” though he would also later claim that he got the name from a racehorse. Sometimes, too, he would claim that “Stepin Fetchit” was originally a duo, with Perry being “Step” and his mysterious (some say, non-existent) partner being “Fetchit.” When his partner left the act, Perry took both names as his own.

Regardless, Stepin Fetchit was ready for the big screen. 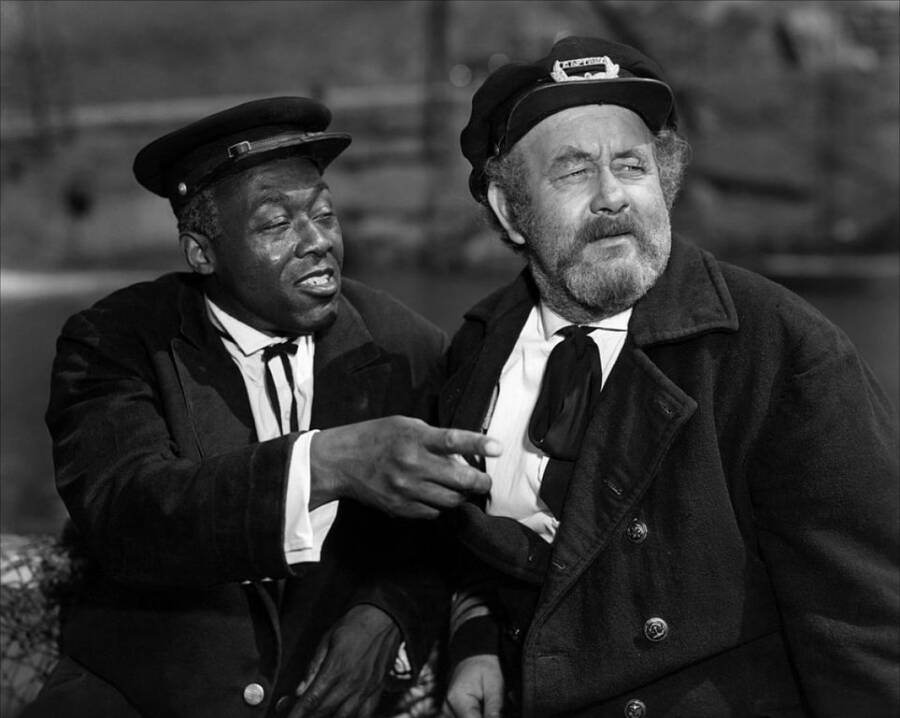 In 1927, Stepin Fetchit made his debut on the big screen in the silent film In Old Kentucky. His act originally perplexed the director, who wasn’t sure what to do with him, casting Perry as the stereotypical, “lazy” Black comic relief. That decision paid off, and ultimately, Perry earned a five-year contract with the film studio.

If Perry was trying to “make it” in Hollywood today, he’d probably have a career on par with those of today’s successful Black actors, like Oscar-winner Daniel Kaluuya, actor/entrepreneur Michael B. Jordan, and the legendary Denzel Washington. Perhaps, too, he’d be cast in a variety of sci-fi films like John Boyega, or star in period pieces like Rege-Jean Page and Damson Idris.

However, this was the 1920s, so Perry was reduced to starring as Stephin Fetchit, who called himself “The Laziest Man In The World.”

But there was nothing lazy about him: between 1927 and 1939, at the height of his popularity, Perry starred as Fetchit in more than 40 films. By the time he retired from acting in 1976 — shortly after suffering a stroke — he’d had more than 60 film credits to his name.

How Stepin Fetchit Lost His Fortune

In 1940, Perry nearly walked away from acting altogether when he unsuccessfully lobbied to get equal pay and billing to his white counterparts. By the time he returned to acting in 1945, he was nearly penniless, and he ultimately declared bankruptcy in 1947.

Perry became a pariah by 1953, when Black Americans began viewing his depiction of Stepin Fetchit as pushing harmful stereotypes. In the 1960s, inspired by the burgeoning civil rights movement, Perry befriended Malcolm X and Muhammad Ali — and, under their supervision, became a member of the Nation of Islam. But the ghost of Stepin Fetchit was soon spilling over into other areas of his personal life.

Perry’s first wife, Dorothy Stevenson — with whom he shared a son, Jemajo — filed for divorce in 1930 after alleging domestic violence. This claim would later be repeated by the brother of his second wife, Winifred Johnson, with whom he shared a son named Donald. As Donald got older, he became involved with the Black Power movement, putting him squarely in the crosshairs of the FBI’s COINTELPRO counter-intelligence program, and he met with a violent end.

Lincoln Perry — the man who brought Stepin Fetchit to life — died on November 19, 1985. He was 93 years old. And though he was given a proper Catholic mass and burial, he died destitute.

Was Stepin Fetchit A Harmful Stereotype Or Clever Satire?

There are two modern schools of thought around the legacy of Stepin Fetchit. The first suggests that the character was a horrible stereotype — one that should be banished to the annals of history — and Perry’s notable intelligence and well-read demeanor makes the performance all the more galling.

David Pilgrim, professor of sociology at Ferris State University in Big Rapids, Michigan, went so far as to call the character of Stepin Fetchit a “prototypical movie coon,” and “the embodiment of the nitwit Black man.”

But another, more modern reading of the character is more charitable. In fact, film historian Mel Watkins suggests that the Stepin Fetchit character was cleverly doing what was known as “putting on ole massa,” which is a trick that originated in slavery.

“Break the tools, break the hoe, do anything to postpone the work that was to be done,” he said, adding that the end result would be white “massas” — or slaveowners — getting so frustrated with the mischief that they’d end up doing the work themselves … which was the ultimate point.

Whatever interpretation of Stepin Fetchit one chooses to believe, there can be no denying that his impact continues to be felt in Hollywood today.

Now that you learned about the tragic true story about Stepin Fetchit, learn about Eugene Saenger’s racist experiments on Black people that were fully funded by the government. Then, learn about Anna Mae Wong, Hollywood’s first Asian-American superstar, who succeeded even in the face of anti-Asian racism.