Inside The Harrowing Abduction Of Steven Stayner — And His Daring Escape

In 1972, seven-year-old Steven Stayner was kidnapped by a pedophile named Kenneth Parnell in Merced, California — and held captive for the next seven years.

Three weeks before Christmas 1972, the course of Steven Stayner’s life would change forever. Raised in the peaceful suburbs of Merced, California, the 7-year-old was shuffling home from school on just another Monday — when he was kidnapped by Texas-born drifter Kenneth Parnell and held captive for seven years.

Parnell had already served time for raping a child and impersonating a police officer in the 1950s. He would find work at a Yosemite National Park resort and convince a co-worker named Ervin Edward Murphy that he was an aspiring minister. In 1972, he disturbingly managed to enlist his help in the abduction of a young boy. 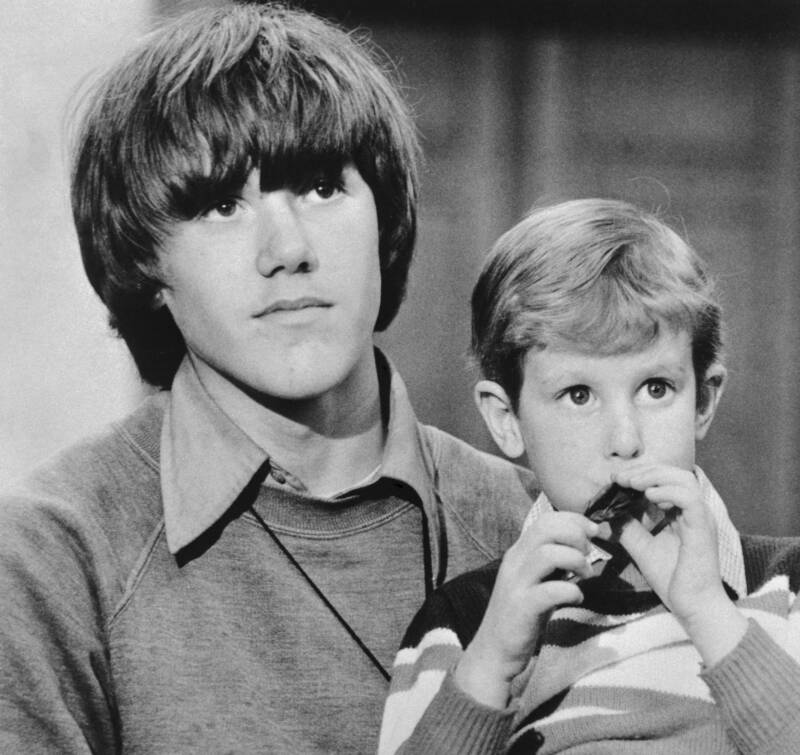 On December 4, they lured Stayner into Parnell’s car under the guise of driving him home. Held captive and raped in a remote cabin in Catheys Valley, instead, Stayner attended local schools with a fake identity incapable of braving escape. When he grew too old for Parnell, however, he was ordered to help kidnap a new victim.

As chronicled in the miniseries I Know My First Name Is Steven, the 15-year-old teenager saved five-year-old Timothy White from enduring the same fate. Escaping Parnell’s cabin and hitchhiking to safety in 1980, their shocking reemergence turned Stayner into a hero — but one who spent the rest of his life plagued by trauma.

The Abduction Of Steven Stayner

Born on April 18, 1965, in Merced, California, Steven Gregory Stayner had an older brother named Cary and three sisters. While they were lovingly raised among almond groves and peach orchards by Delbert and Kay Stayner, their lives in the farming town of Merced were unfortunately in dangerous proximity of a monster. 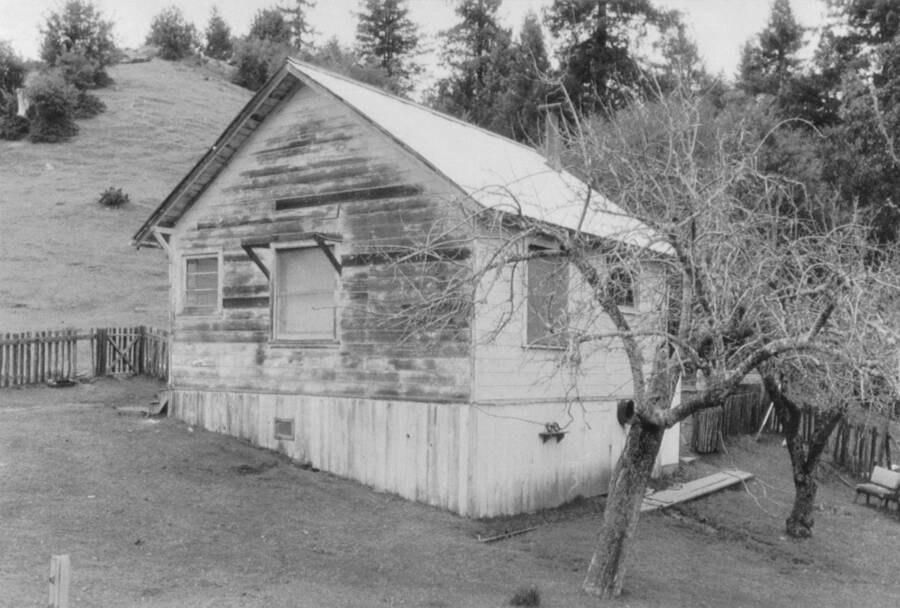 Kenneth Eugene Parnell worked at the Yosemite Lodge two hours away. By 1972, he had already begun to plan an abduction and convinced Ervin Murphy to help him find a boy to “raise him in a religious-type deal.” On Dec. 4, they took Parnell’s white Buick to Merced where Murphy handed out religious pamphlets to kids.

Pretending to work for the church, Murphy approached Stayner and asked him if his family had any items they could donate. The boy said they did, and agreed to a ride home. Parnell stopped on Highway 140 to feign calling Stayner’s parents at a payphone — then told the boy that they didn’t want him back.

Meanwhile, his parents had already notified the Merced Police Department that he hadn’t returned from school. They launched a massive search for Stayner, but would never find him. Driven to Parnell’s cabin, Stayner would endure the first of many sexual assaults beginning on Dec. 17.

The Crimes Of Kenneth Parnell

Parnell not only continued to escalate his abuse of Steven Stayner, but told the boy that his parents could no longer afford to raise five children. He claimed that they had granted him legal custody, and that Stayner would henceforth be known as Dennis Gregory Parnell — and be allowed to keep his middle name. 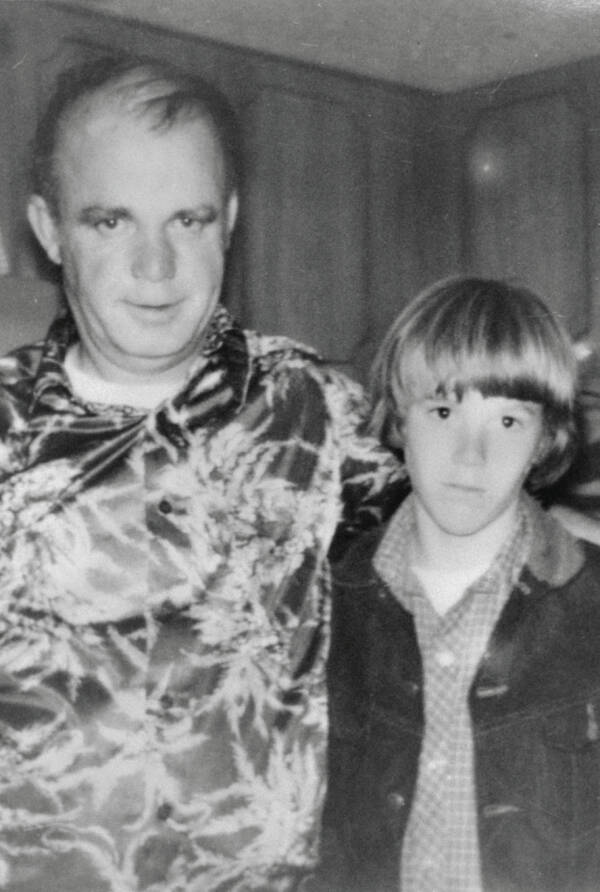 Catheys Valley in Mariposa County was only a few dozen miles from Merced, but investigators had not a single lead and didn’t know where to look. Meanwhile, Parnell enrolled Stayner at Steele Lane Elementary within weeks of his disappearance and passed himself off as the boy’s father.

Despite being provided increasing freedom of movement, Stayner was far too young and incapable of even considering an escape. Parnell would move them to cities as varied as Santa Rosa in Sonoma County and Comptche in Mendocino County, where Stayner would remain captive and abused — and not only by Parnell.

Plied with alcohol and tragically growing accustomed to his new identity, Stayner was gifted a Manchester Terrier that he named Queenie. Kenneth Parnell hadn’t had a sudden change of heart, however, and would invite a woman named Barbara Mathias to live with them — and freely abuse 11-year-old Stayner as she pleased.

With Stayner growing pubescent a few years later, Parnell started looking for a younger victim. He enlisted Stayner himself to find one, but the boy sabotaged those attempts. Using Stayner and his classmate Randall Sean Poorman as pawns, however, Parnell succeeded on Feb. 14, 1980. His victim was only 5 years old.

Two weeks after Timothy White was abducted from the streets of Ukiah in Mendocino County, Stayner was so taken by the boy’s emotional outcries that he decided to do something about it. Parnell had no idea that Stayner would defy him, having allowed him to freely come and go for years — and Stayner never escaping.

On March 1, 1980, however, the abductor’s worst nightmare came true. While working security overnight for work, Parnell’s two victims left the cabin. Stayner resourcefully brought White back to Ukiah after hitchhiking all 40 miles. He would tell the police everything, but initially struggled: “I know my first name is Steven,” he said.

Despite Stayner’s allegations being deemed authentic, Parnell was never charged with sexually abusing him due to jurisdictional issues and statutes of limitation preventing as much. After his arrest on March 2, he was tried in 1981 for the two kidnappings and found guilty. Sentenced to seven years, he was paroled after five. 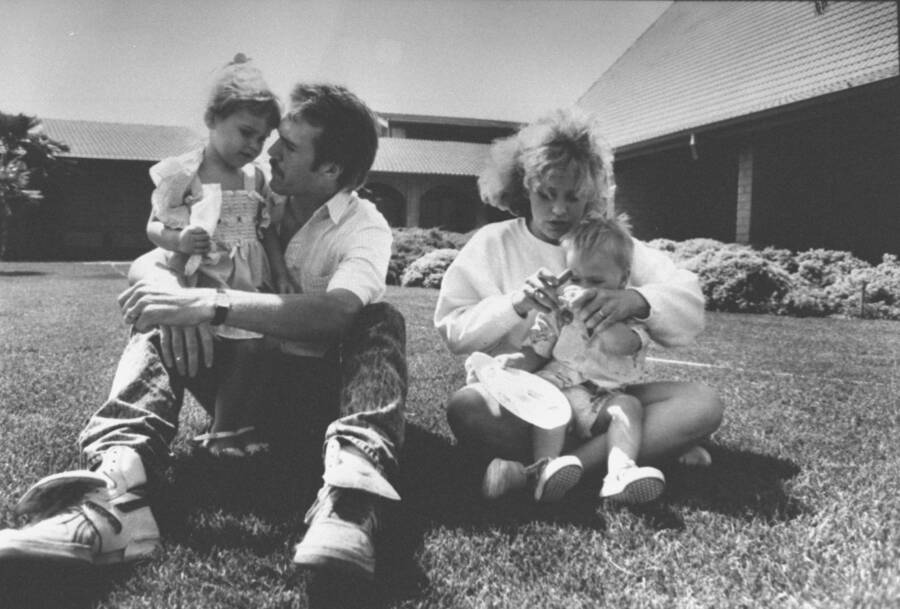 Tragically, Stayner reunited with his family to mixed results. He had become a national hero in the media but began medicating his trauma with increasing alcohol abuse and eventually dropped out of school. While he managed to meet and marry Jody Edmonson in 1985 and become a father of two, his happiness didn’t last.

Living in Merced and working at a pizza parlor, Steven Stayner had used some of the $30,000 he was paid for the movie rights to his story to buy an 1989 Kawasaki EX-500. Riding home on September 16, 1989, a 1976 Plymouth Volare crashed into him and fled — leaving Stayner dead from head wounds.

He would be buried beside his grandparents in Merced District Cemetery after 450 people attended his funeral — where 14-year-old Timothy White served as one of the pallbearers. Disturbingly, his older brother Cary Stayner would be convicted of murdering four women in 1999 — in Yosemite.

As for Kenneth Parnell, he was sentenced to 25 years to life in 2004 after attempting to kidnap another child — and died in prison in 2008.

After learning about Steven Stayner, read about the Lindbergh baby kidnapping. Then, learn about Sharon Tate’s rise to Hollywood starlet and her chilling death.