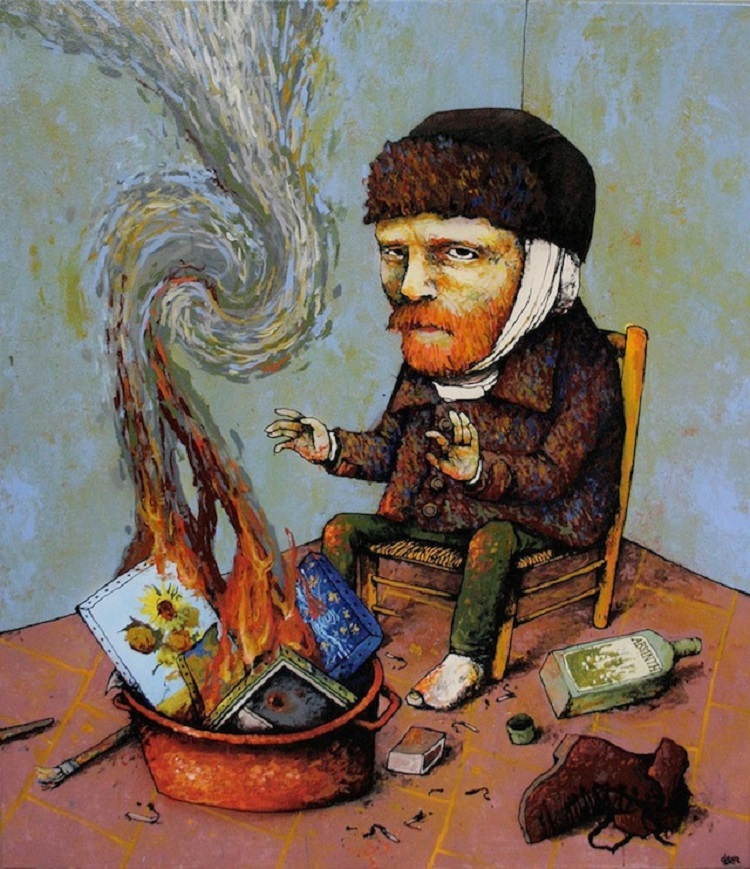 There’s also the “French Banksy,” a label often attached to Toulouse-based artist, Dran. Some see a connection to Banksy in terms of his messages and the tone of his works. His installations, paintings and drawings comment on contemporary society, and though they reflect the creator’s dark sense of humor, they also tackle issues like freedom of expression, with a special focus on the suppression of children’s creativity. 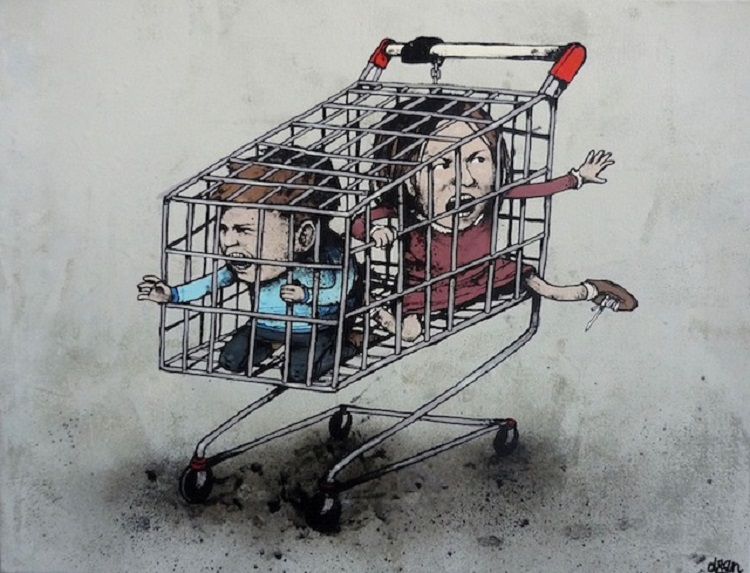 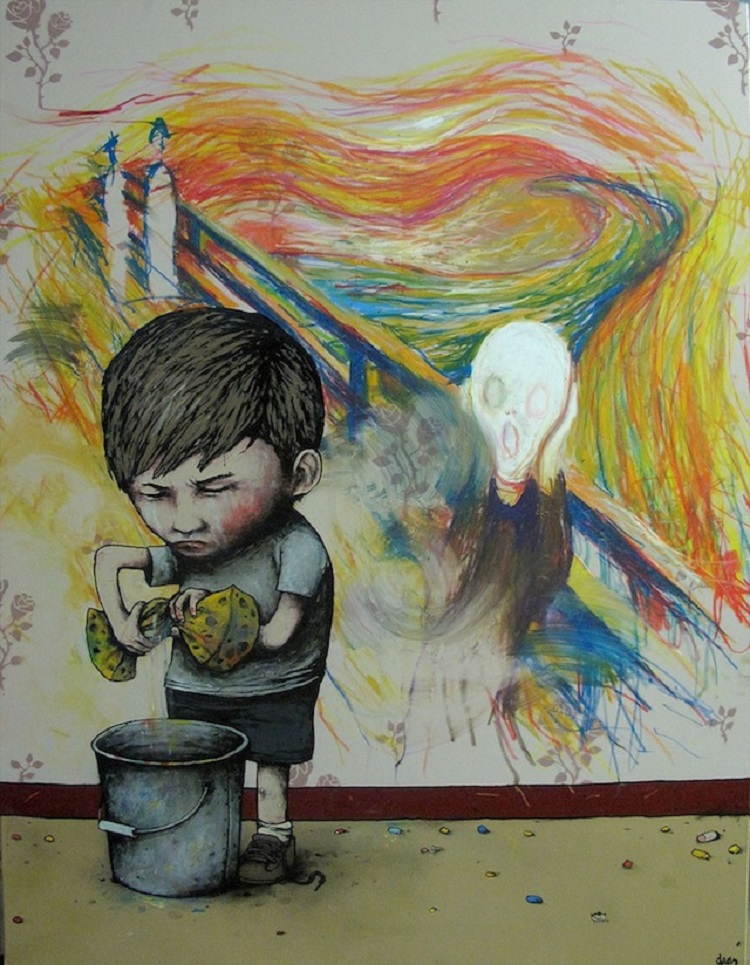 Other themes in Dran’s work include the disintegration of the institution of marriage, the erosion of one-on-one communication between human beings, environmental destruction and excess consumption. 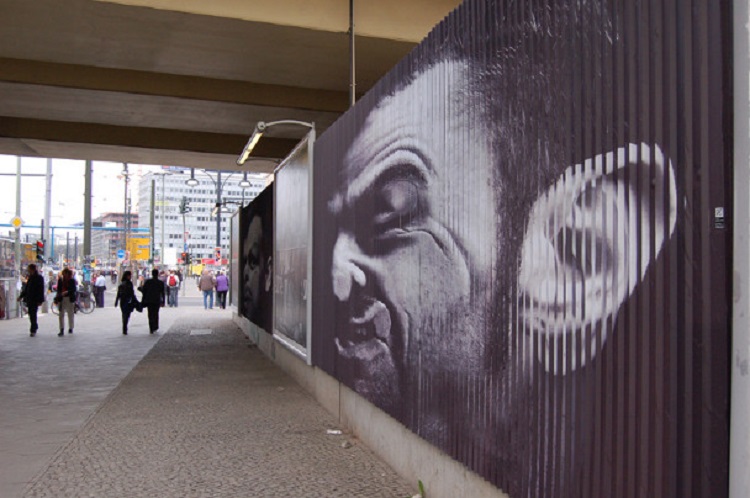 One can remember the graffiti-covered Berlin Wall before it came down, but Germany has a new kind of street art providing swaths of color and social commentary to Berlin’s cityscape. Mentalgassi is a trio of three friends roaming about Europe, leaving a trail of photographic images on various objects and structures. 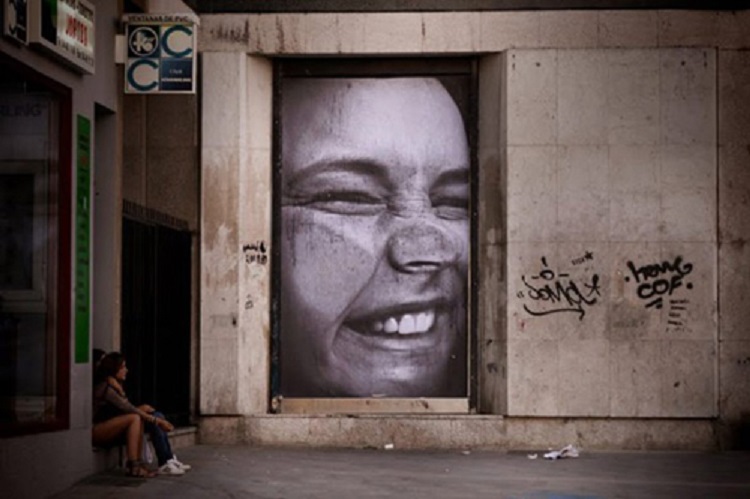 In Hamburg, the trio left their mark on fences; in Barcelona, train station ticket kiosks were adorned with faces so the tickets came out of the dispenser’s “mouth”. The three have been creating their art since 2007, using a digital camera, Photoshop and a large commercial printer. 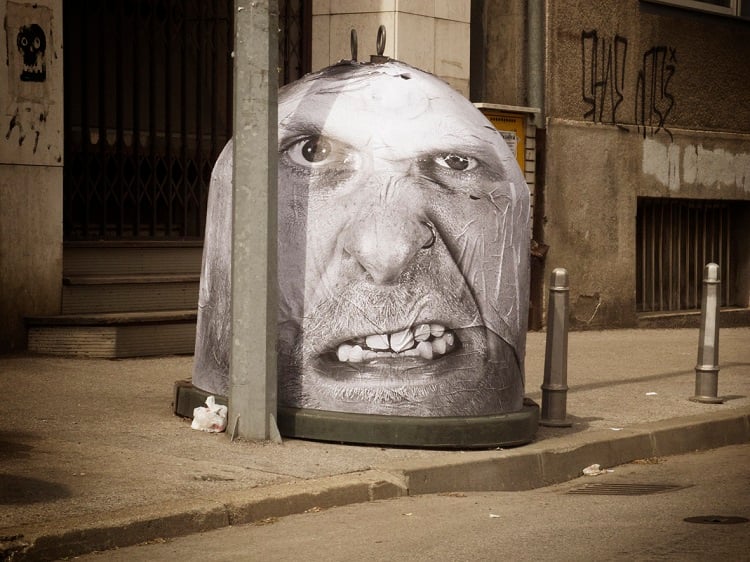 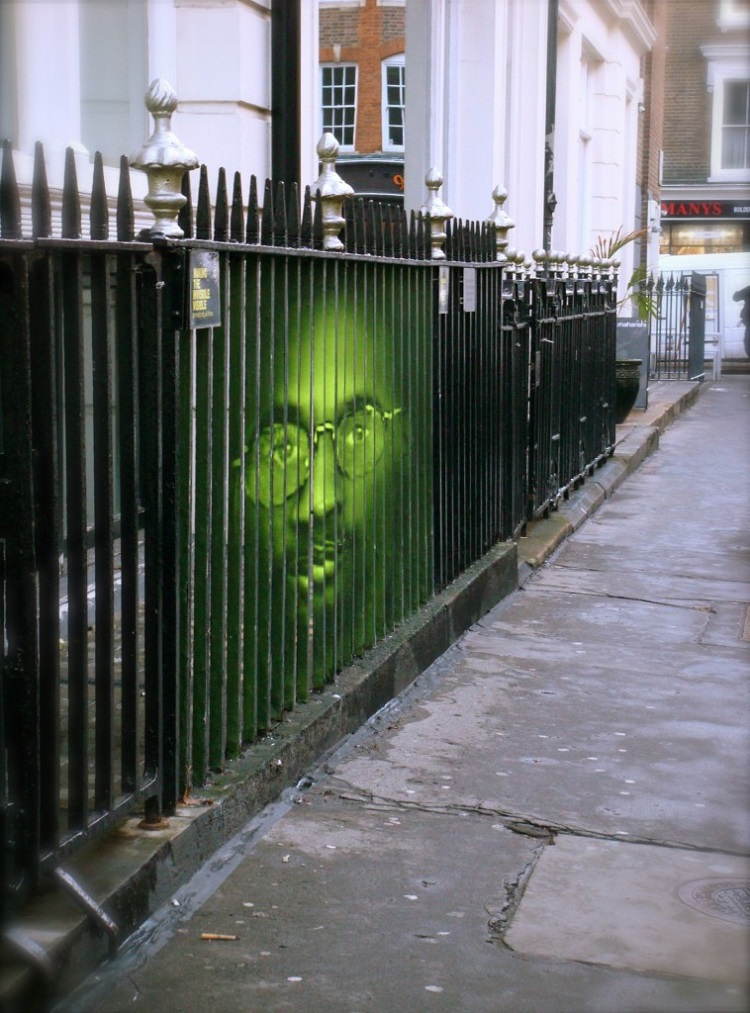 While known in Berlin for transforming recycling bins into funny faces, the trio does in fact incorporate more serious issues into its work. In 2010, for example, Mentalgassi teamed up with Amnesty International to create a portrait of American prison inmate Troy Davis on a London street rail. The work was in protest of his death sentence.