Relive The Decadence Of Studio 54 With These Vintage Photos 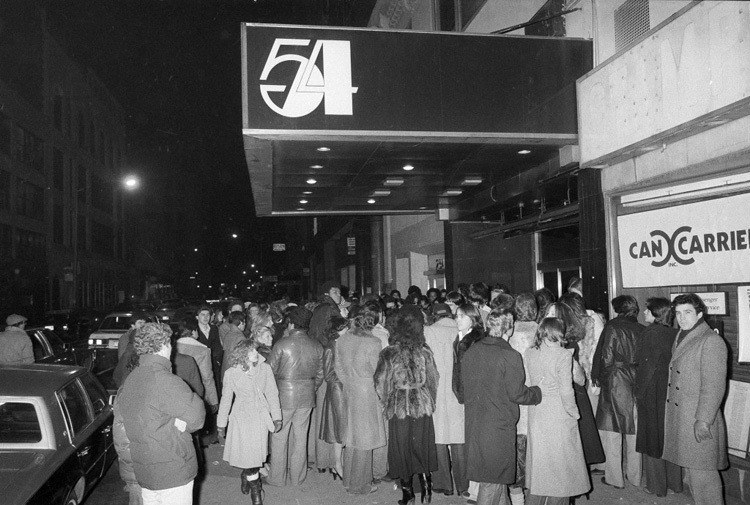 Outside of the infamous Studio 54 Nightclub. Source: Associated Press

Prolonged war and a stagnant economy gave way to a massive national hangover in the 1970s. But at Studio 54, the party was just getting started.

Described by some as Sodom and Gomorrah with a disco beat, New York City’s delightfully depraved nightclub opened its doors in 1977. It took owners Steve Rubell and Ian Schrager just six weeks to transform the former CBS Studio 52 into the destination for celebrities and others in high society looking to cut loose.

From the moment it opened to the public, Studio 54 drew stars from around the world and offered a space where the public could party along with them. Drugs abounded and booze flowed freely for Studio 54 patrons, be they underage actors or seasoned athletes.

Before it closed, everyone from Mick and Bianca Jagger to Robin Williams, Michael Jackson, Liza Minelli, Elton John, Salvador Dali, and Andy Warhol (just to name a few) had spent an evening getting soused at the studio.

All parties must come to an end, though. In the case of Studio 54, the buzz-killing party crashers first arrived in December 1978, when police raided the venue and confiscated bags full of cash that had been hidden throughout the building. The search came after Rubell made the mistake of saying that only the Mafia made more money that the club brought in.

In June of the following year, Rubell and Schrager would be convicted of tax fraud and obstruction of justice, confining the wild nights that Studio 54 provided to partygoers’ memory. Another raid in December 1979 and a prison sentence would lead Rubell and Schrager to sell Studio 54, effectively confining the club’s sex, booze and drugs-soaked nights to partygoers’ memories.

The club would reopen in 1981 under Mark new ownership, only to undergo a series of transitions until it became the building it is today, which houses a theater, offices and an educational facility. Luckily for us, a handful of photographers captured the scene at Studio 54’s height in the 1970s. Their photos transport us right back to the debaucherous den that all but defined 1970s New York’s nightlife: 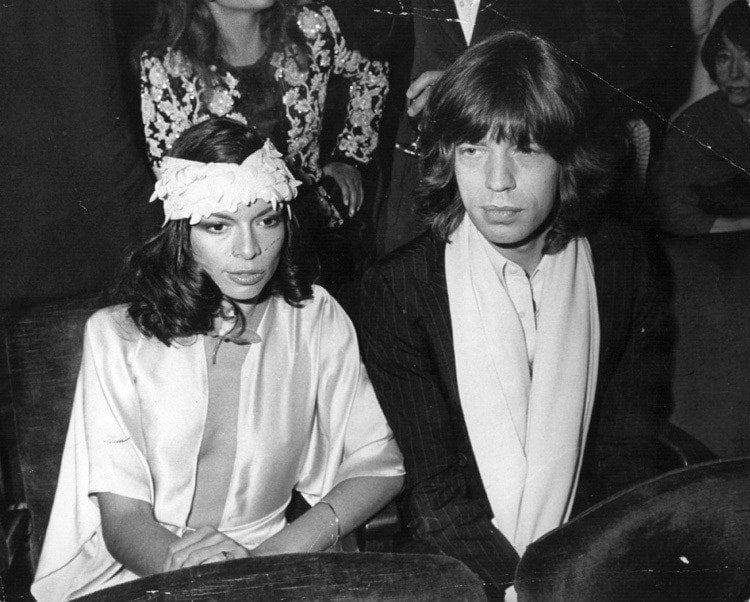 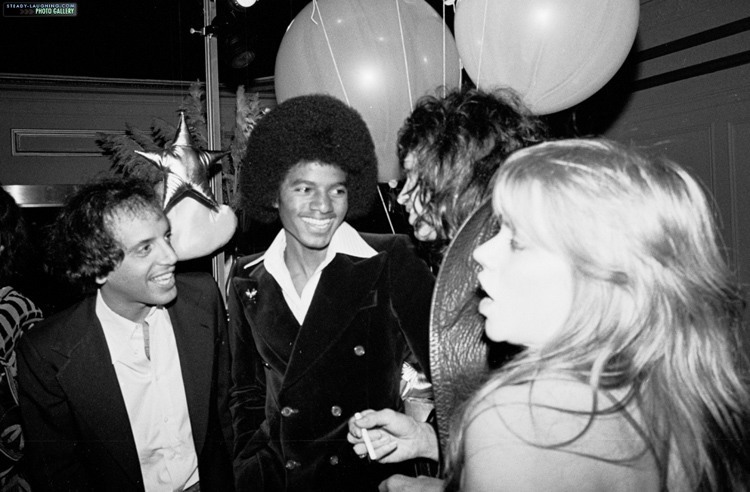 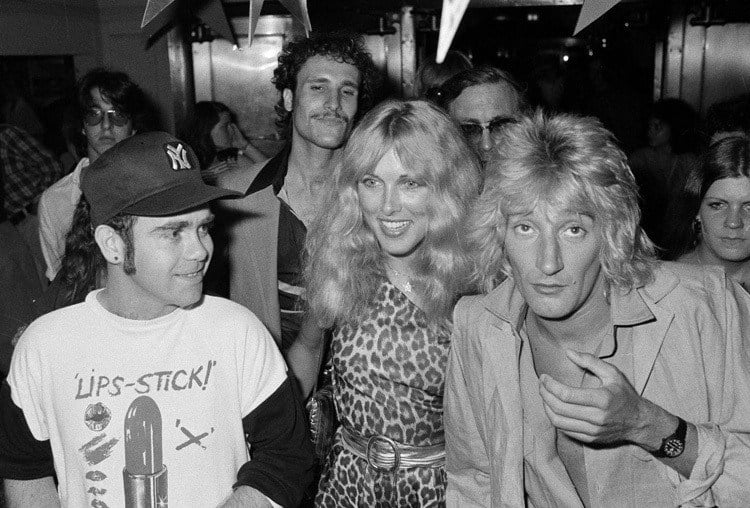 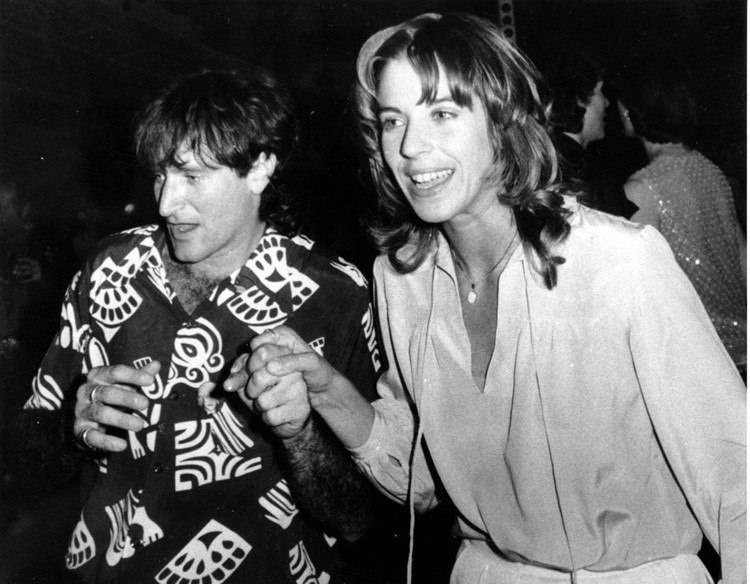 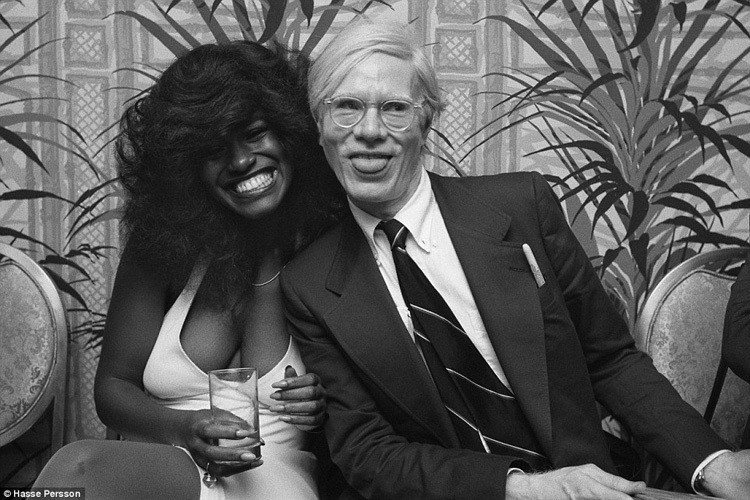 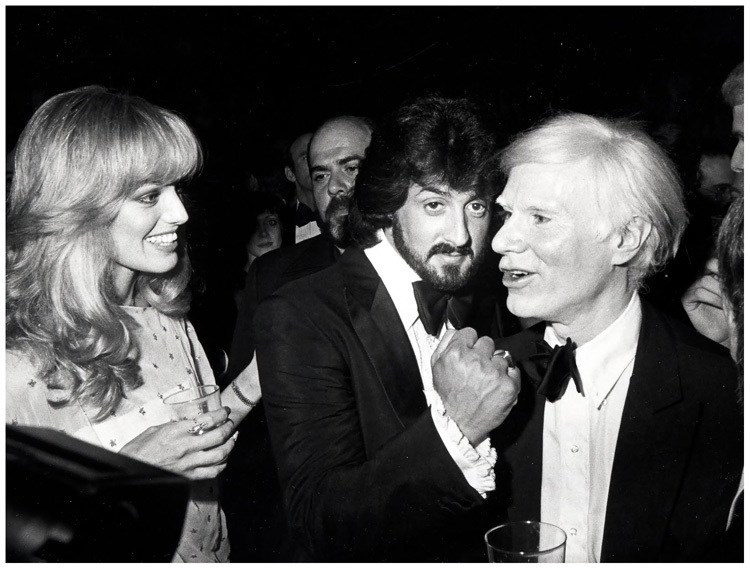 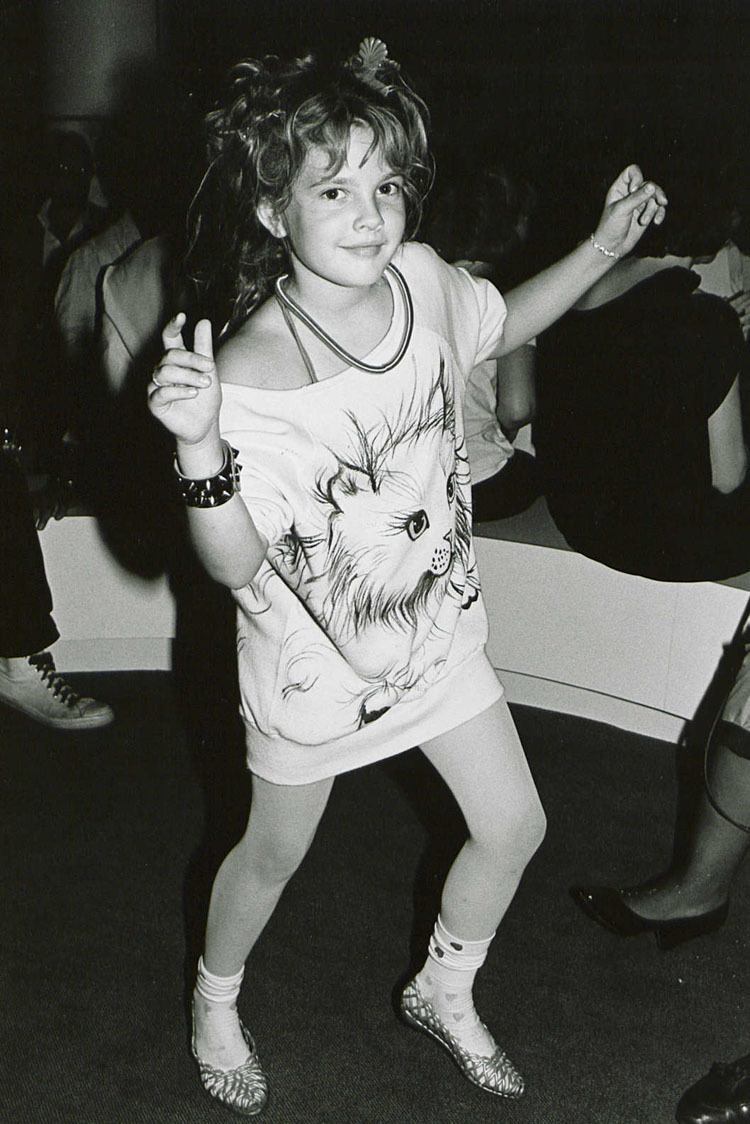 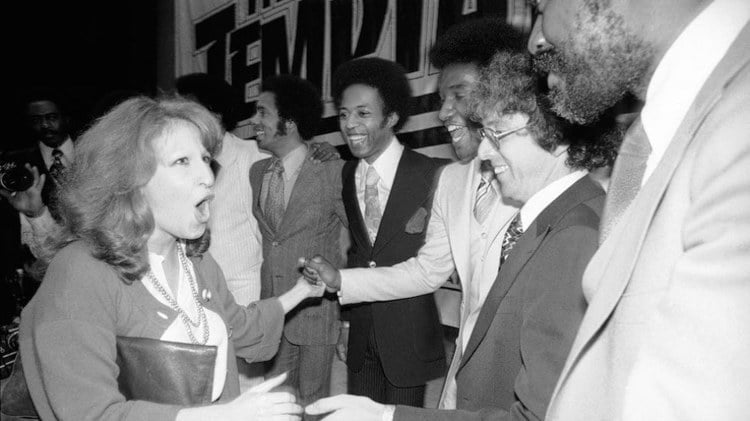 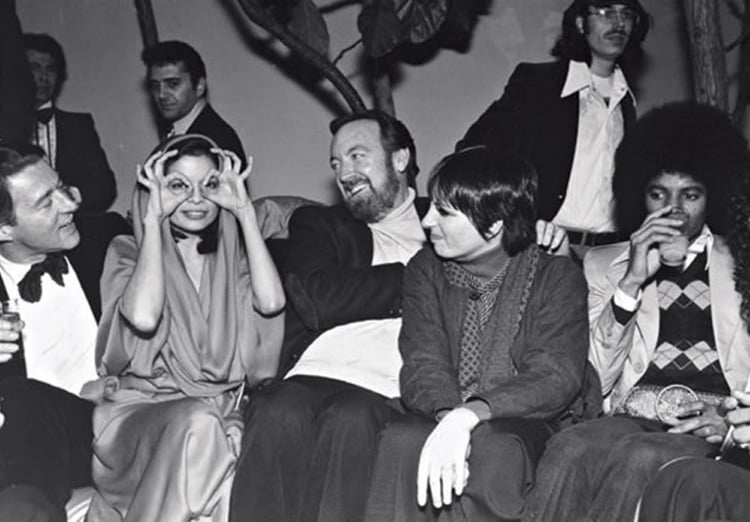 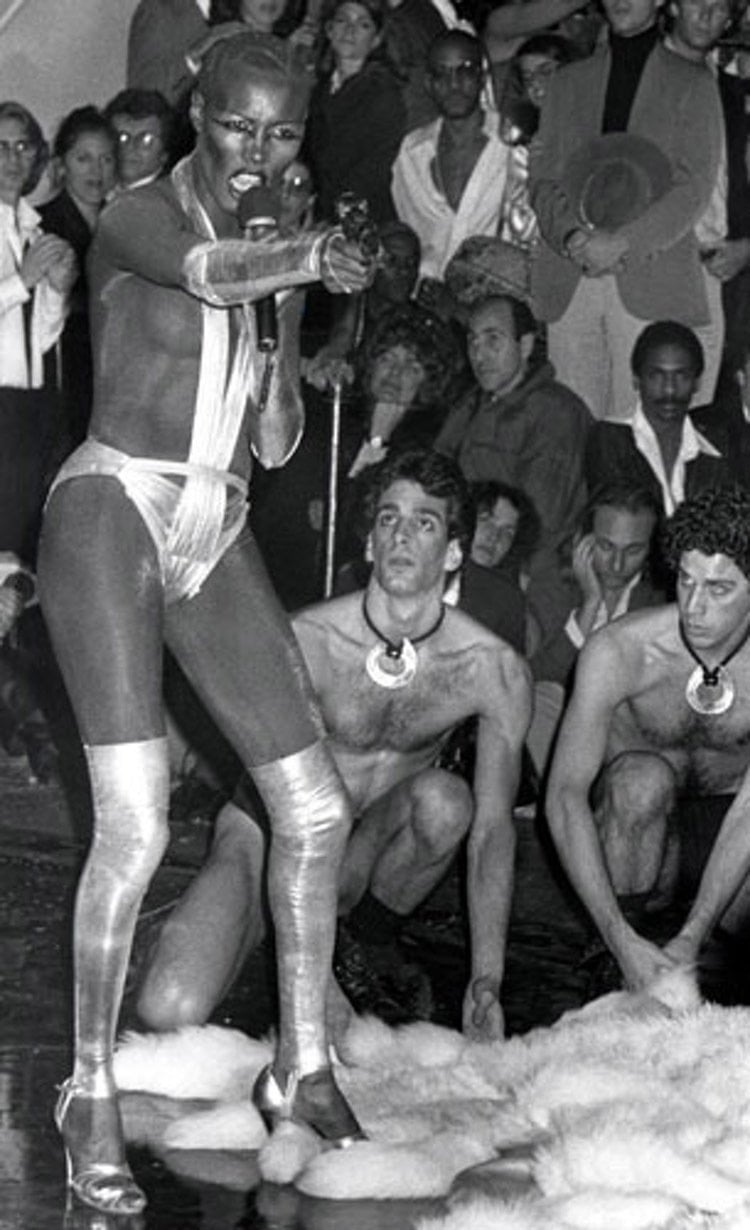 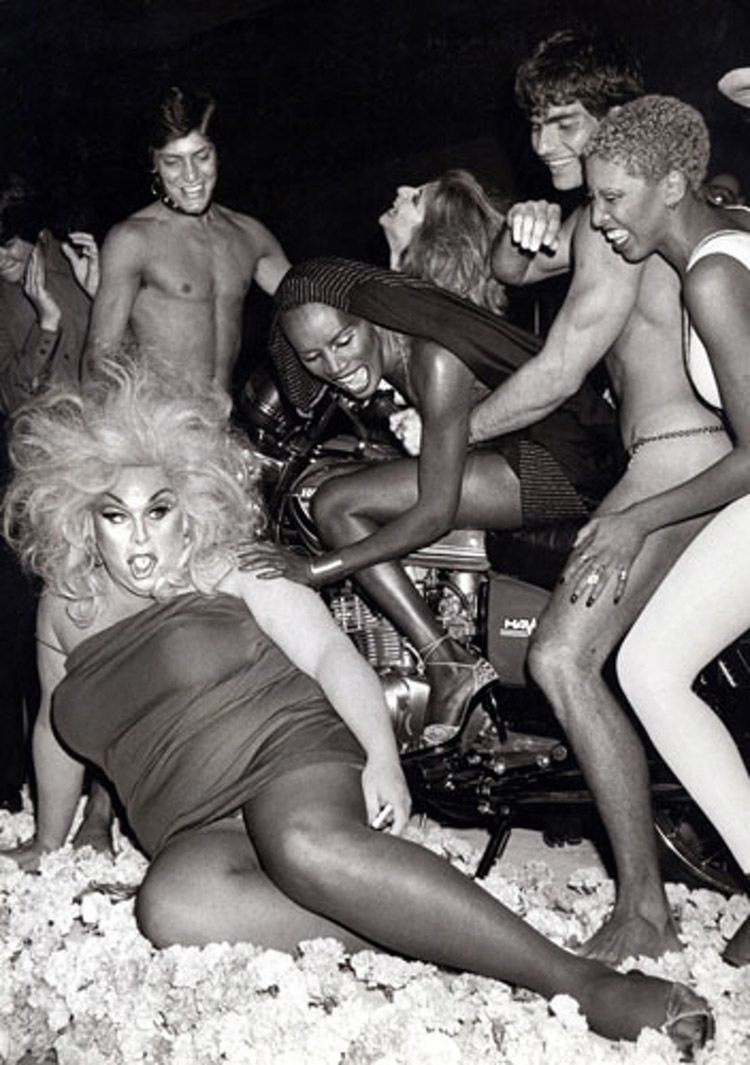 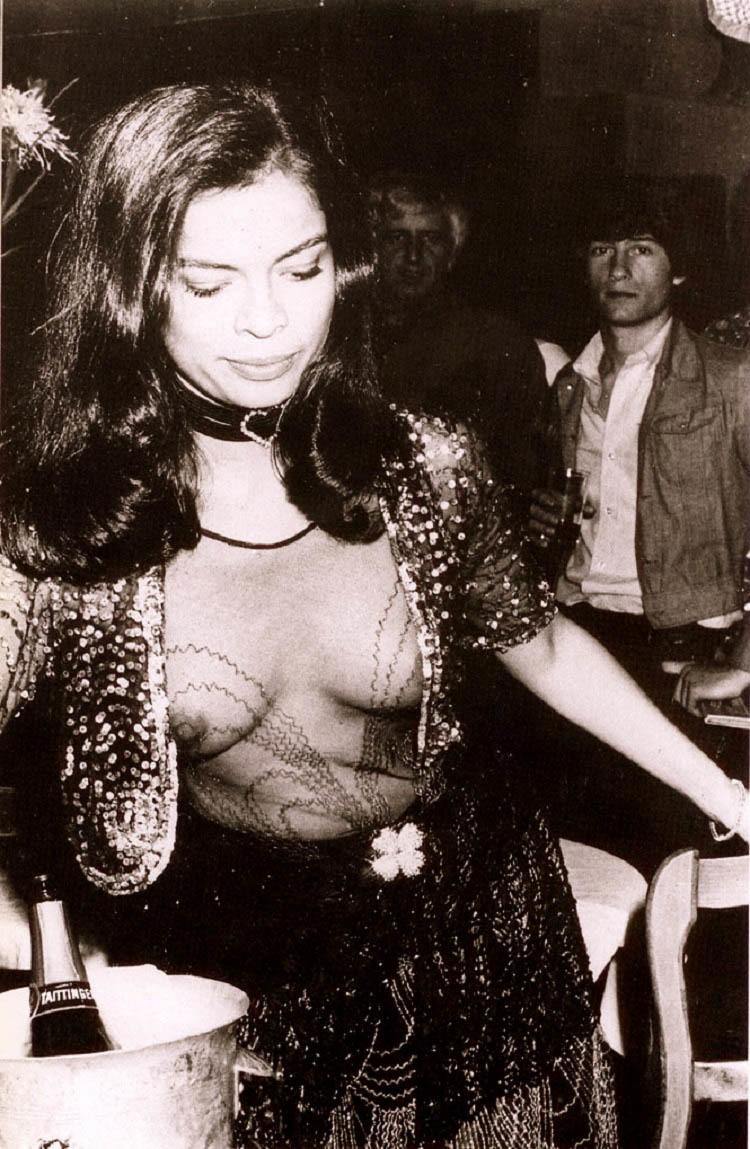 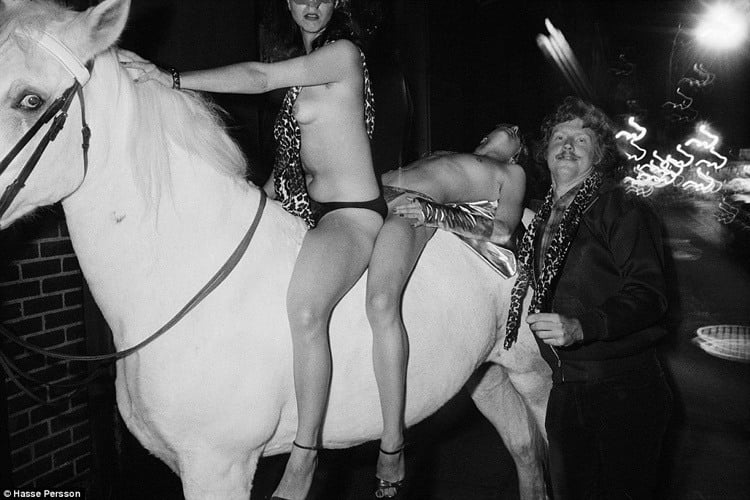 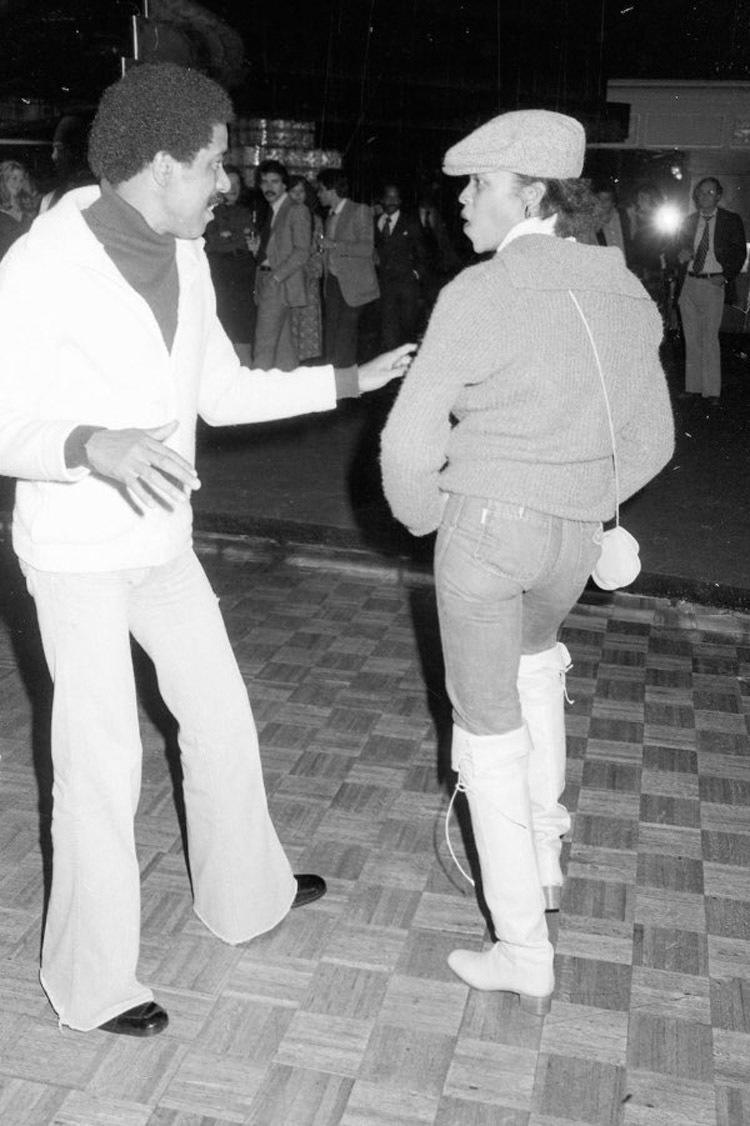 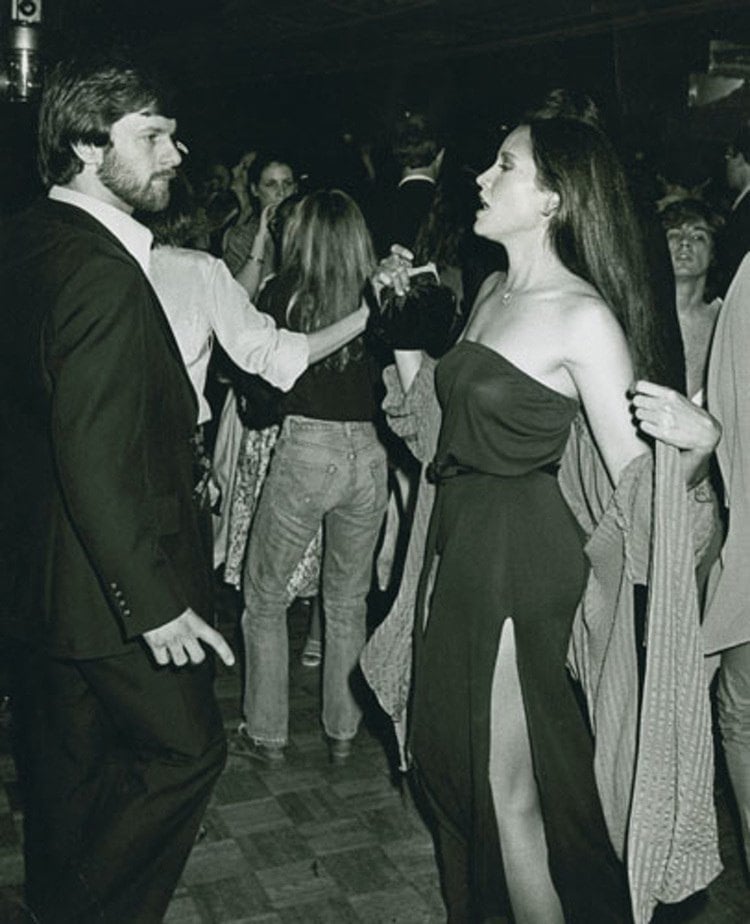 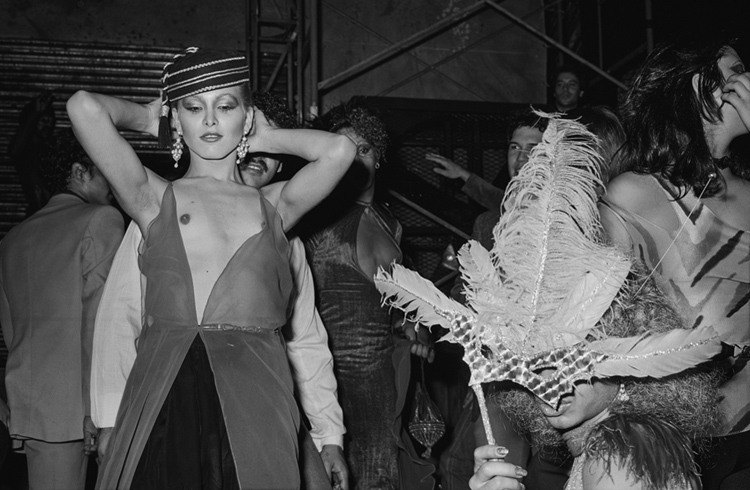 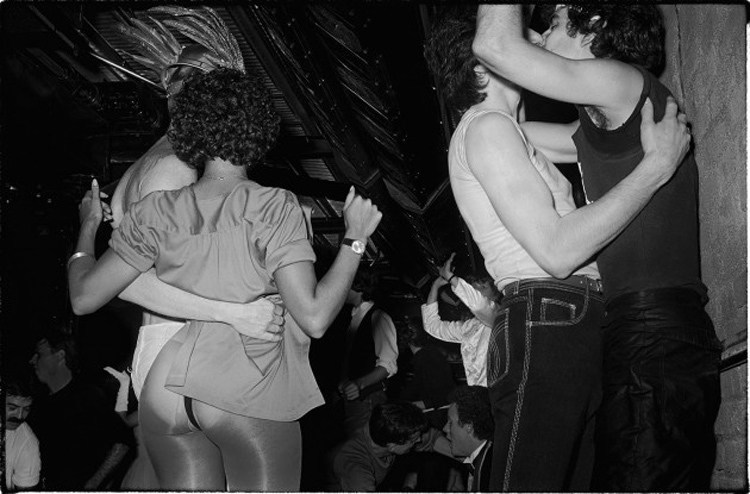 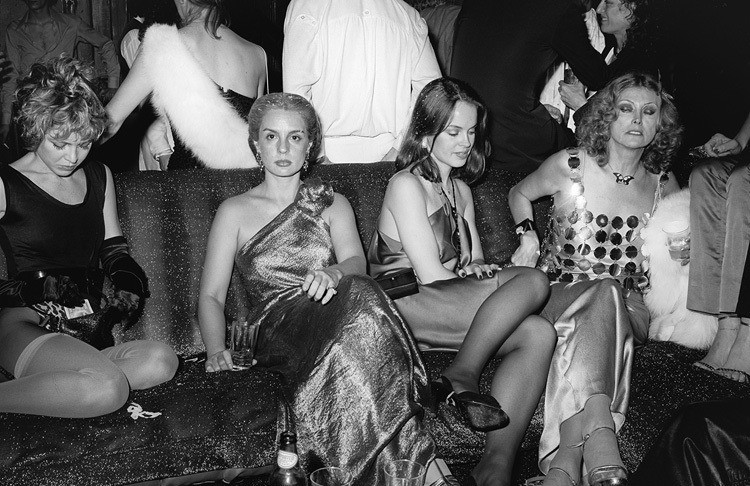 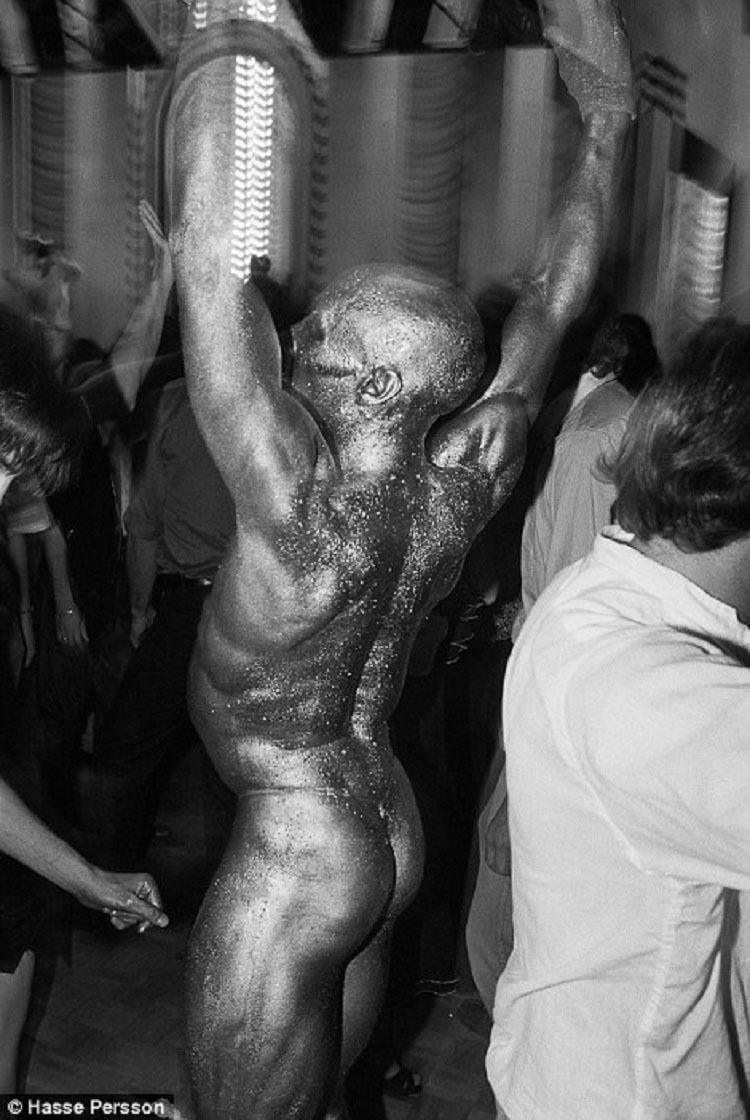 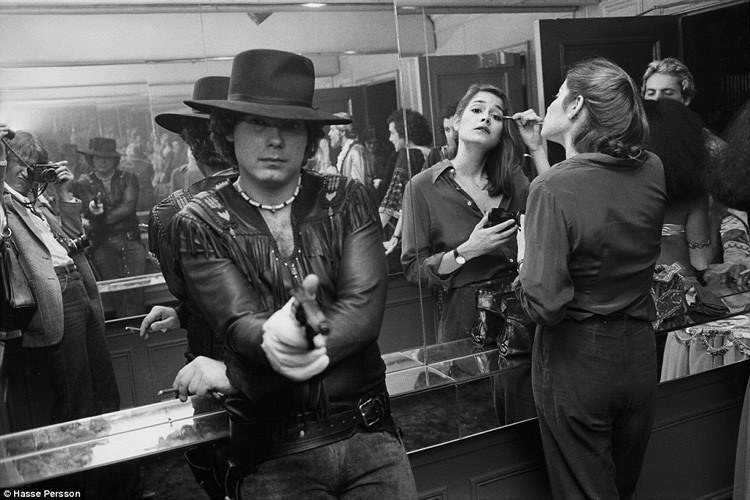 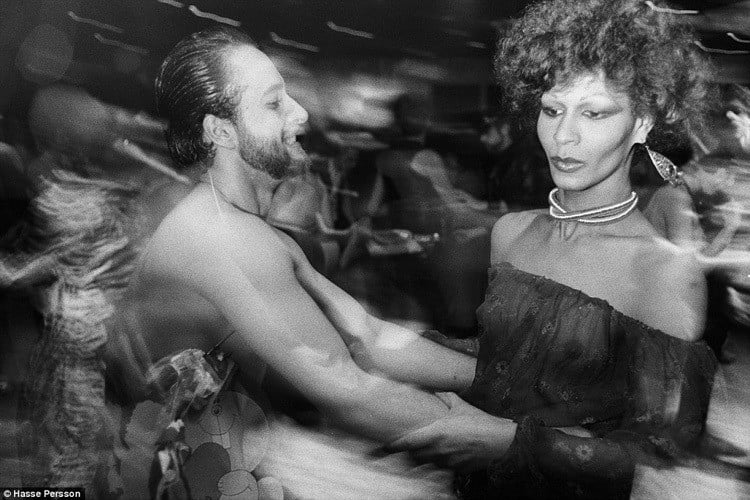 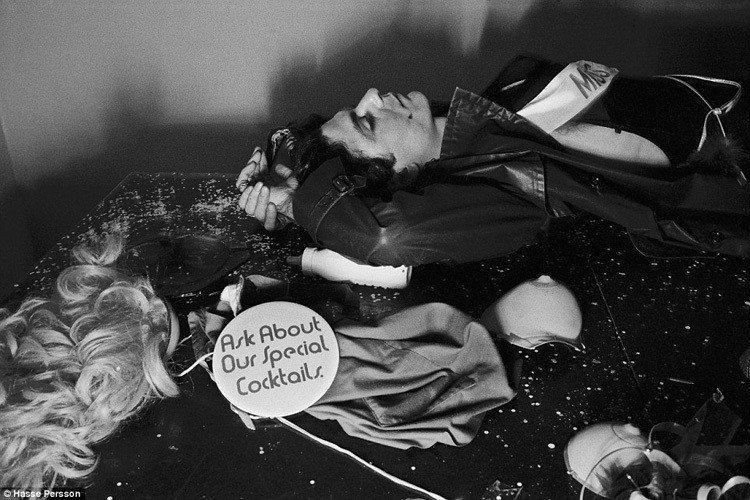 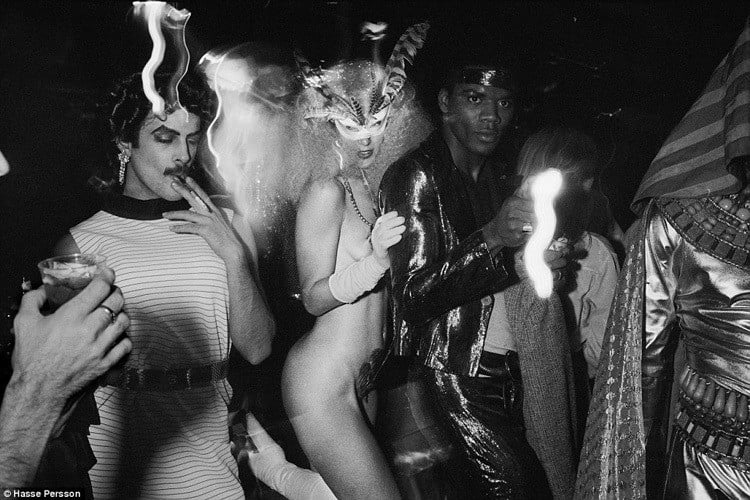 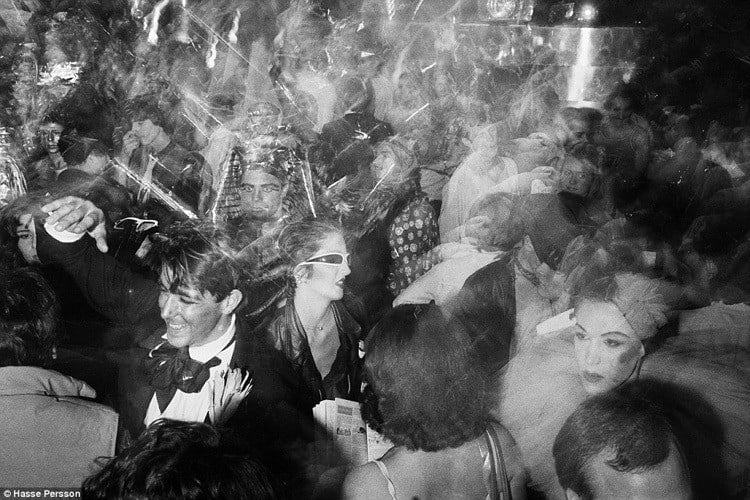 1 of 25
One of the hottest couples of the decade, Mick and Bianca Jagger, considered Studio 54 a home away from home. Source: Keystone/Getty Images
2 of 25
Michael Jackson with club co-owner Steve Rubell and Aerosmith front-man Steven Tyler. Source: Bobby Bank
3 of 25
Elton John and Rod Stewart hanging out with actor George Hamilton’s wife (and Stewart’s future wife) Alana Hamilton. Source: Associated Press
4 of 25
A young Robin Williams - who was then starring in "Mork and Mindy" with his wife at the time, Valerie Velardi. Source: Associated Press
5 of 25
Andy Warhol and his entourage were among the regulars at Studio 54. Source: Hasse Persson
6 of 25
Sylvester Stallone feigns throwing a punch at artist Andy Warhol during Warhol’s Exhibit Opening on November 20th, 1979. Source: Ron Galella/WireImage
7 of 25
Drew Barrymore is just one of the many Hollywood stars known to have partied underage at Studio 54. Others include Brooke Shields and Anderson Cooper. Source: New York Magazine
8 of 25
Bette Midler meets the Temptations at an Atlantic Records party. Source: Richard Drew/Associated Press
9 of 25
Liza Minelli was one of the 70s' biggest stars--and a Studio 54 regular. Source: Associated Press
10 of 25
Grace Jones seen at Steve Rubell’s Studio 54 party in January 1978. Source: Ron Galella/WireImage
11 of 25
Famous drag queen and actress Divine was right at home in the world-famous nightclub. Source: Ron Galella/WireImage
12 of 25
Fashion icon Bianca Jagger set many trends through her Studio 54 appearances. Source: Associated Press
13 of 25
On the night of Bianca Jagger’s 30th birthday, the club threw her a soiree complete with costumed staff and professional dancers. At the end of the night she rode out on stage atop a white horse. Source: Hasse Persson
14 of 25
Comedian and actor Richard Pryor attends a Studio 54 event. Source: Associated Press
15 of 25
Barbara Carrera enjoying herself during ‘A Salute to American Designers’ at Studio 54. Source: Ron Galella/WireImage
16 of 25
Crossdressing and androgyny were just part of the norm. Source: Tod Popageorge
17 of 25
At a less socially accepting time, Studio 54 was always a safe place for people to relax and be themselves. Source: Tod Popageorge
18 of 25
Renowned photographer Tod Papageorge documented the hedonism and celebrity of Studio 54. Source: Tod Papageorge
19 of 25
If you were not already famous you had to stick out from the crowd to get into Studio 54. The more flamboyant the outfit or attitude, the more likely you were to get behind the velvet rope. Source: Hasse Perrson
20 of 25
Photographer Hasse Persson, who recently released a book of his photos simply called ‘Studio 54’. Source: Hasse Persson
21 of 25
Perrson’s inside access gave him the perfect vantage point for capturing some of the best images known of the club. Source: Hasse Perrson
22 of 25
Studio 54 never went to any great lengths to hide what happened within its walls. Source: Hasse Persson
23 of 25
A standard night at the club. Source: Hasse Persson
24 of 25
Years after the party ended, the legend of the most famous club in American history continues. Source: Hasse Perrson
25 of 25 Finally, step inside some of the most fascinating hippie communes of the 1970s.