The Ethiopian famine of 1983-85 was actually two famines, one in the South and one in the North, which were both the result of maddeningly complicated politics. In a nutshell, a communist military dictatorship took over the country in 1974 and spent the next 10 years collectivizing agriculture like good little communists. This had the same effect in Ethiopia as it had in China and Ukraine decades earlier, and grain prices became totally irrational with no connection between supply and demand.

By 1982, armed rebellion in the south had paralyzed the Derg government. The dictator, Mengistu Haile Mariam, decided this was just the right time to increase military spending to 46 percent of the national budget and start seizing foodstuffs from rebellious provinces. Before long, Derg forces had been largely driven out of those disputed zones and were facing fresh revolt in the North just in time for a huge drought to strike. The government used the drought as a cover for their military operations and claimed that starvation, which may have killed up to one million people, was due to unforeseeable natural causes.

This is where Bob Geldof, formerly the lead singer of the Boomtown Rats, comes in. Figuring that there’s no problem that can’t be solved by socially conscious celebrities, Geldof pulled together what would become the largest simulcast live event in TV history: Live Aid.

As a technical achievement, Live Aid was brilliant. For a few hours on July 13 1985, several of the most titanic egos in showbiz came together to sing and raise money on behalf of the starving children of Ethiopia. Initially hoping to raise £1 million, the synchronized international concerts wound up raising £150 million, allegedly for famine relief. 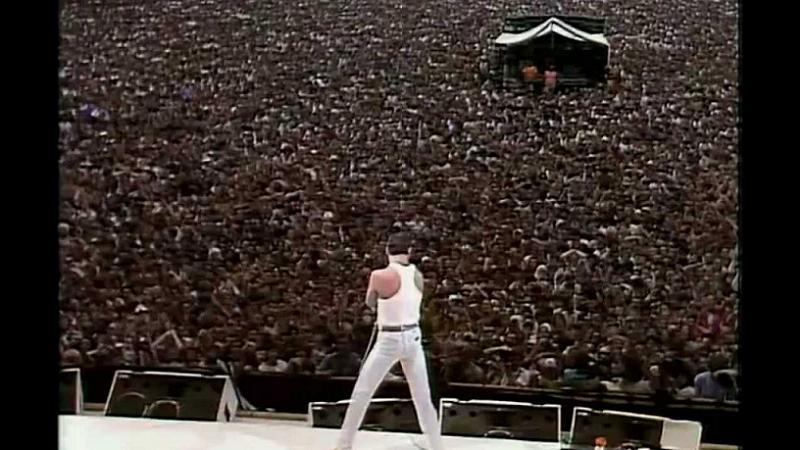 What made it “allegedly” was that little problem with Ethiopia’s government you remember from a minute ago. See, the problem with getting useless celebrities (and Freddie Mercury) together for a big relief concert is that it assumes Ethiopia’s problem was that it was poor. That is, the extremely shallow clinical narcissists running the show presumed that Ethiopians would totally have bought food if they’d only had the cash, so obviously the solution was to get them the money. What could be simpler?

Once the concert was over, however, there was the thorny problem of what to do with that £150 million. After all, if it were as simple as a quick trip to the grocery store, there wouldn’t have been a problem in the first place. Instead, the money was distributed between non-governmental organizations (NGOs) carrying out famine relief in the country and the government in Addis Ababa—that would be the Derg, which was not only responsible for the famine in the first place, but which by 1985 had effectively no control over the rebel territories and couldn’t distribute aid if it had wanted to. Officially, none of the aid money went to relief in the areas most affected by famine, as the Derg blocked relief efforts and bought weapons instead, though reports exist that Oxfam covertly aided some rebel areas.

The situation got so ridiculous that, when the food aid was delivered directly to the docks in Ethiopia, it sat rotting while the Derg complained they had no trucks to transport the food. When trucks were shipped, at tremendous cost, to Ethiopia, the Derg commandeered them for troop transport and intensified operations against the OLF rebels in the South, as well as forcing the relocation of farm communities onto state-run collectives. 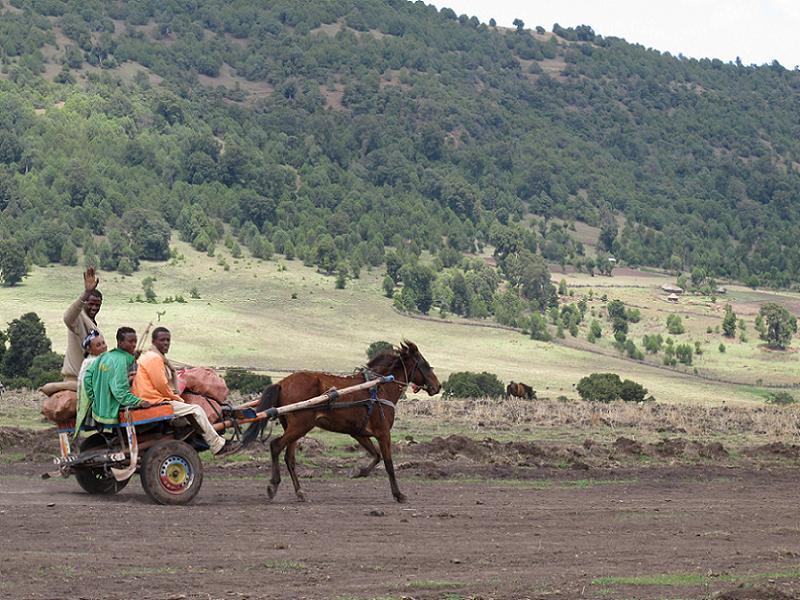 “Thanks, comrades! Just what we needed!” Source: WordPress

In the end, it’s hard to avoid the conclusion that well-meaning people all over the world raised a fortune to end famine by financing the war effort of the famine’s perpetrators.

As for the Derg, the rebellions grew into full-scale revolution after Mengistu’s Soviet backers went out of business. He fled the country and took up exile in Robert Mugabe’s Zimbabwe, and a whole lot of his old friends got 20 years in prison for genocide. Maybe 700,000 to 1 million people starved to death in the famines. Bob Geldof is still organizing concerts, and everybody agrees Queen was amazing.