The Viking remains, which date to between 1050 and 1300, were buried with both male and female objects, suggesting a highly-regarded member of society with a non-binary gender identity.

Veronika PaschenkoA depiction of the Viking warrior as they would have been laid in the grave.

In 1968, ditch-diggers in Suontaka, Finland, came across a puzzling mystery. They found a 1,000-year-old skeleton buried in women’s clothing — next to two swords. Archeologists speculated that they’d found a double burial, or perhaps evidence of a woman warrior.

In fact, DNA testing has shown that the skeleton was likely intersex, according to a study recently published in the European Journal of Archeology.

“According to current data, it is likely that the individual found in Suontaka had the chromosomes XXY, although the DNA results are based on a very small set of data,” explained Elina Salmela, a postdoctoral researcher from the University of Helsinki.

For decades, the grave has confounded archeologists. The warrior, who likely died around 1050 to 1300, wore women’s clothing and had been buried with furs and jewelry. But its grave also contained two swords, including one laid at the skeleton’s hip, usually associated with male Viking burials.

Could the skeleton signify how Finnish women had fought alongside men in the Late Iron Age? Or, perhaps, could the grave have once held two bodies, a man and a woman? Archeologists weren’t sure. But they could tell that the 1,000-year-old warrior had enjoyed a high status in life.

“The buried individual seems to have been a highly respected member of their community,” noted Ulla Moilanen, a doctoral candidate from the University of Turku. “They had been laid in the grave on a soft feather blanket with valuable furs and objects.” 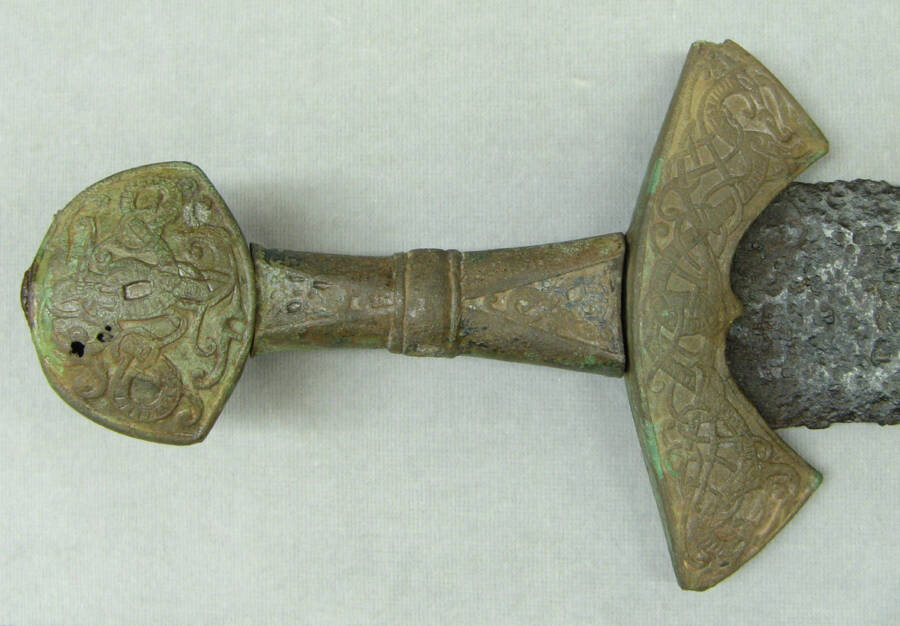 University of TurkuThe hilt of the sword found alongside the skeleton.

To learn more about the identity of the mysterious skeleton, researchers used a combination of soil sampling for micro remains and ancient DNA (aDNA) analysis.

The DNA testing turned up a surprising result. The Finnish skeleton appeared to be male but with an extra X chromosome. Individuals with XXY chromosomes have a condition that is today known as Klinefelter syndrome.

For archeologists, this discovery solves a long-held mystery. If the warrior was intersex — someone who didn’t fit in the typical male or female box — then it makes sense that their community would have buried them with both traditionally male and traditionally female objects.

“If the characteristics of the Klinefelter syndrome have been evident on the person, they might not have been considered strictly a female or a male in the Early Middle Ages community,” explained Moilanen.

The discovery of the warrior’s extra chromosome also sheds light on how intersex people might have lived during the Iron Age. According to researchers, it is evident that this individual enjoyed an elevated status in their community. They were buried with tokens of affection and respect. 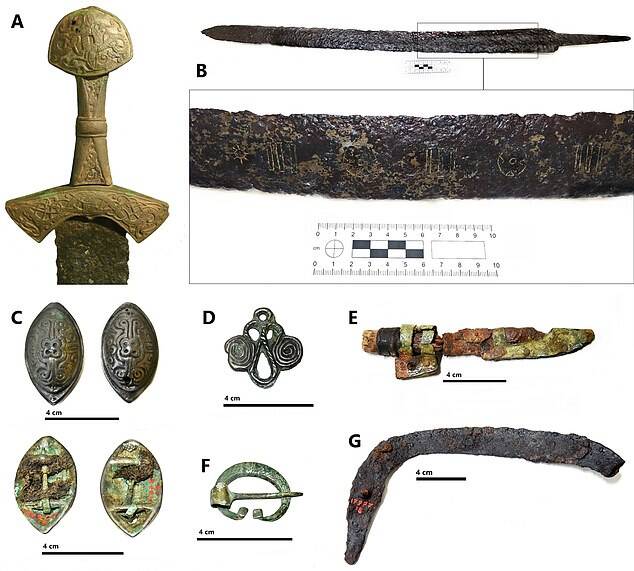 University of TurkuA number of valuable items were found in the warrior’s grave, indicating that they enjoyed a high status.

“The abundant collection of objects buried in the grave is a proof that the person was not only accepted but also valued and respected,” said Moilanen.

Because one of their swords seems to have been placed in the grave after their burial, Moilanen also suspects that the community respected their memory and saw them as an important figure.

However, the archeologists caution against using modern terminology to describe the warrior. “Biology does not directly dictate a person’s self-identity,” Moilanen said.

That said, the discovery does raise some interesting questions about the lives of intersex people 1,000 years ago. And it underlines how modern-day archeologists often use modern-day understandings of gender and sex to evaluate discoveries like this one.

Yet, as researchers note in their study:

“The binary division of sexes is arguably rooted in a modern, western mindset, and gendered norms and expectations have varied culturally, geographically, and temporally.”

After reading about the intersex Finnish warrior, read about how scientists reconstructed the face of this Viking woman. Then, learn more astounding facts about Vikings.