From the shocking ticket prices to the sad halftime show, these Super Bowl 1 facts and images reveal just how much has changed over time. 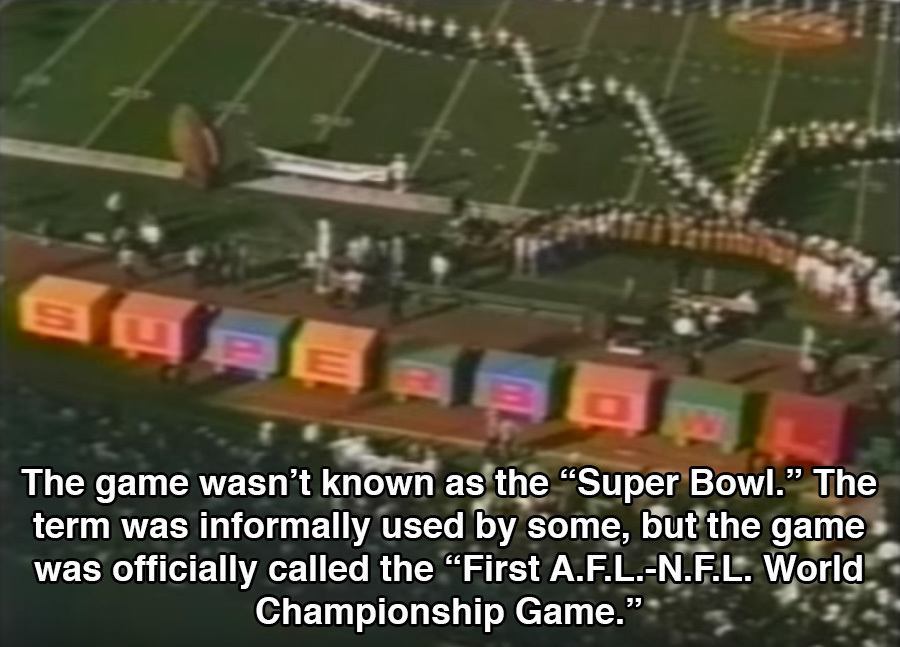 The game wasn't known as the "Super Bowl." The term was informally used by some, but the game was officially called the "First A.F.L.-N.F.L. World Championship Game."YouTube 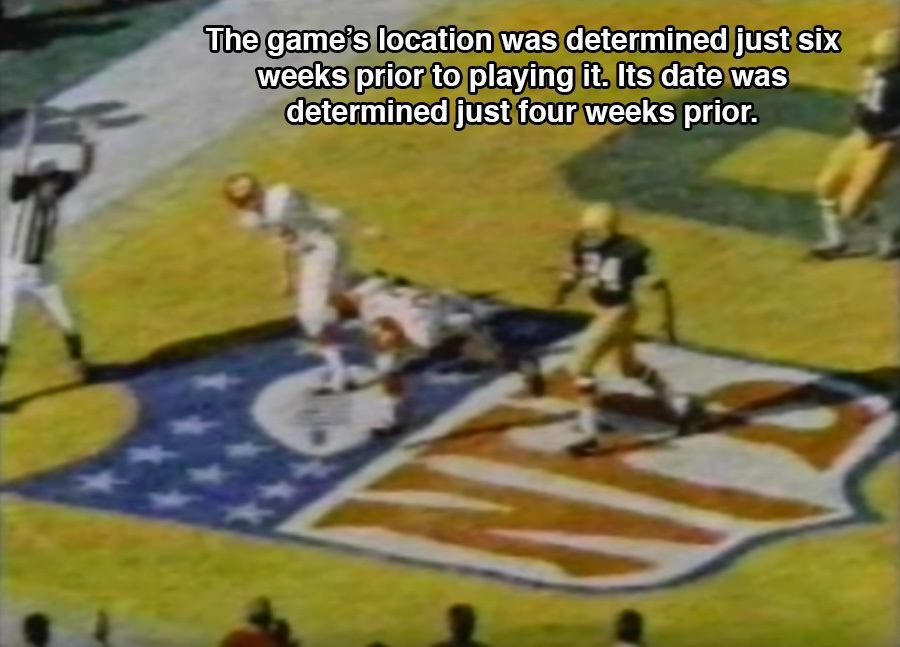 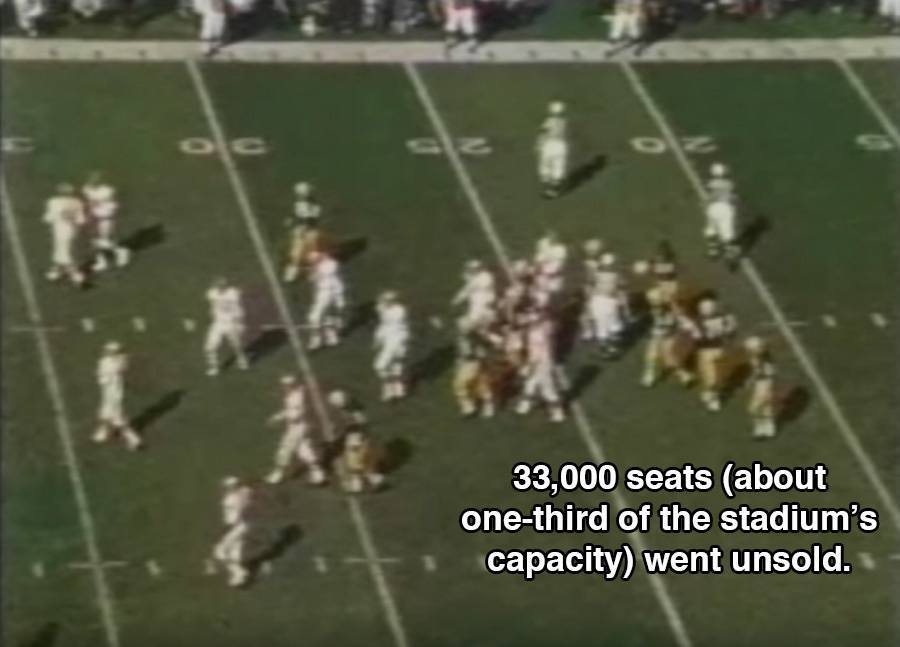 33,000 seats (about one-third of the stadium's capacity) went unsold.YouTube 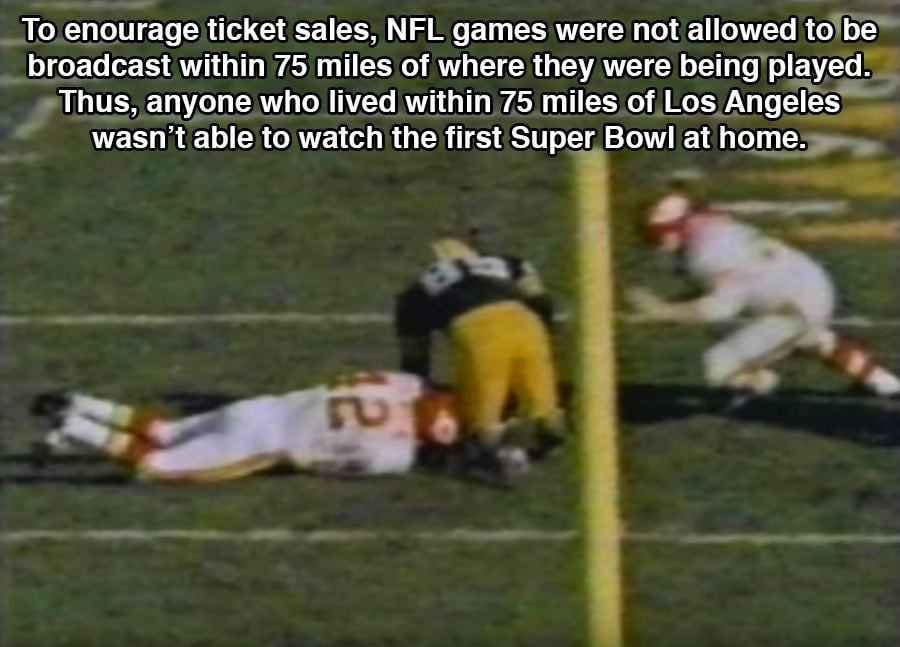 To encourage ticket sales, NFL games were not allowed to be broadcast within 75 miles of where they were being played. Thus, anyone who lived within 75 miles of Los Angeles wasn't able to watch the first Super Bowl at home.YouTube 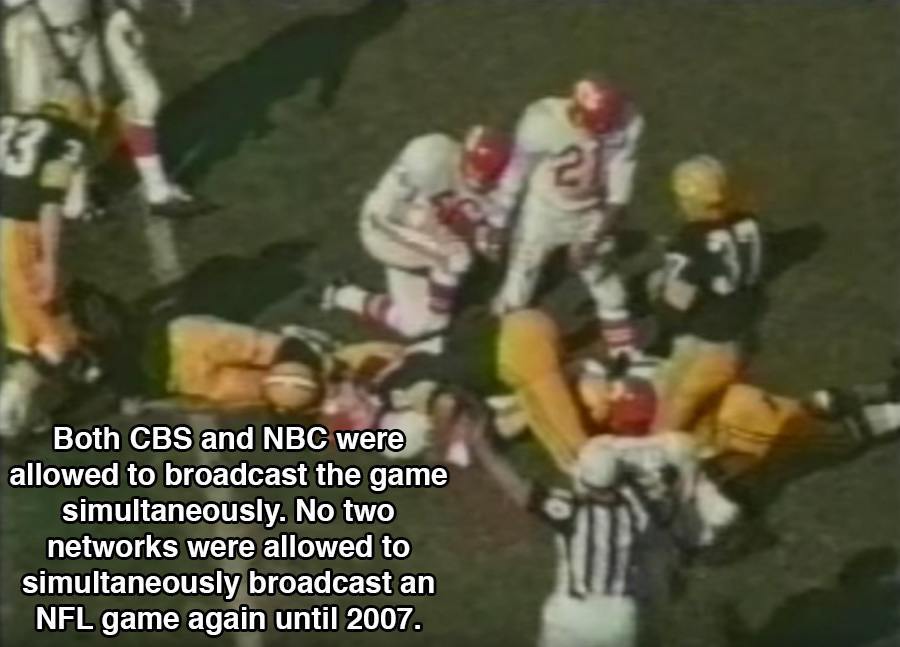 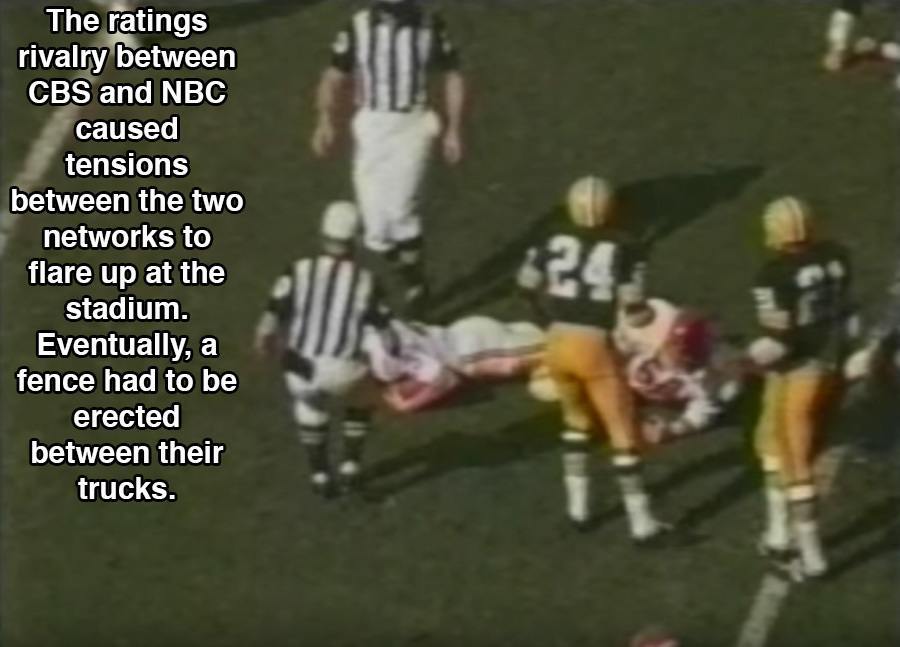 The ratings rivalry between CBS and NBC caused tensions between the two networks to flare up at the stadium. Eventually, a fence had to be erected between their trucks.YouTube 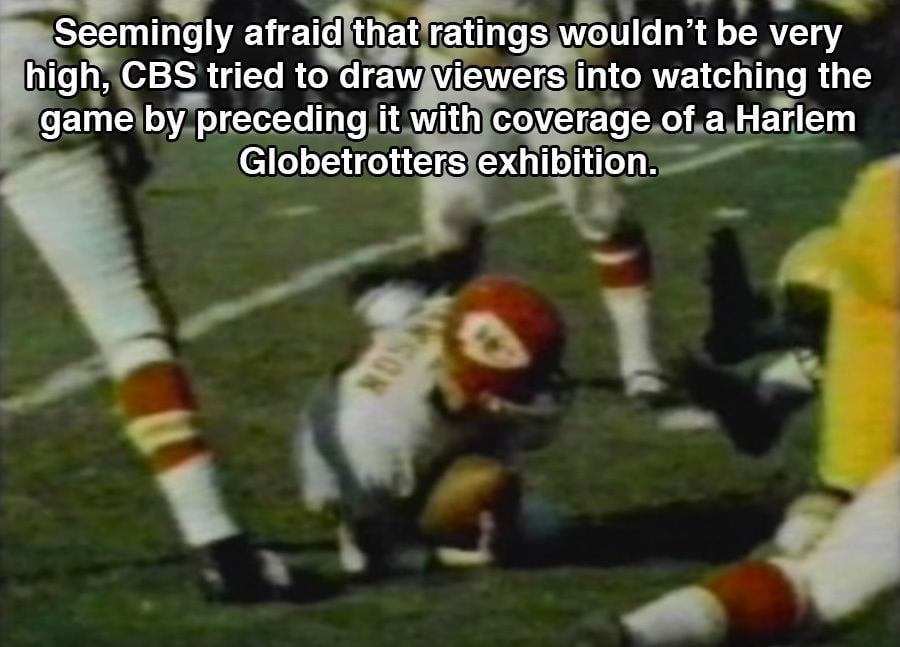 Seemingly afraid that ratings wouldn't be very high, CBS tried to draw viewers into watching the game by preceding it with coverage of a Harlem Globetrotters exhibition.YouTube 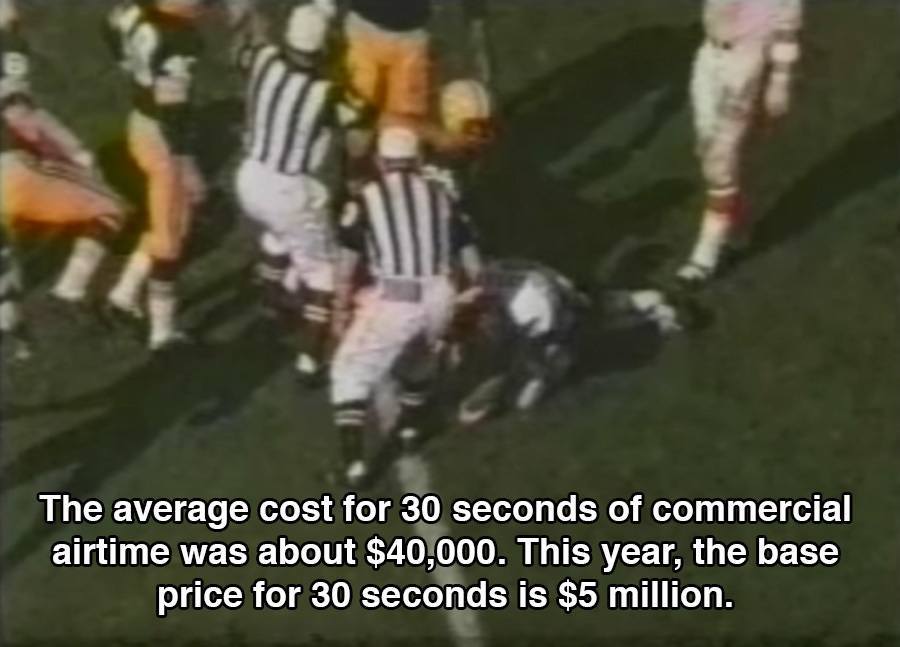 The average cost for about 30 seconds of commercial airtime was about $40,000. This year, the case price for 30 seconds is $5 million.YouTube 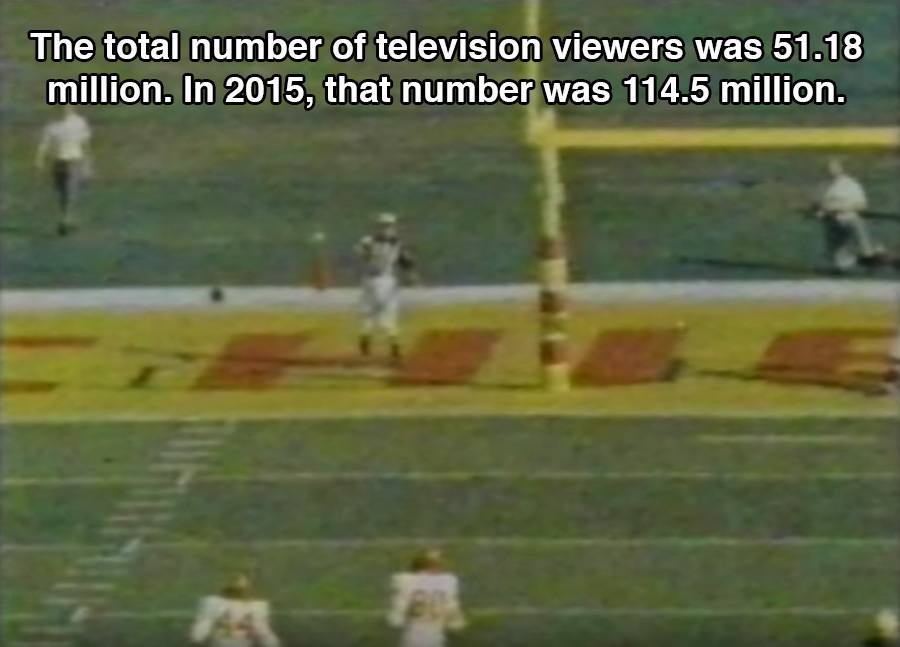 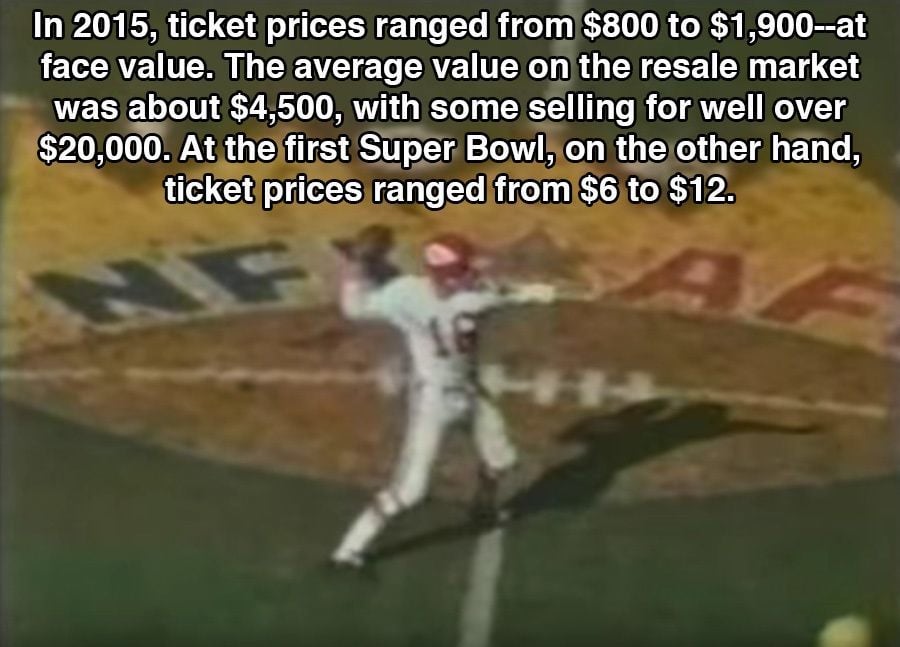 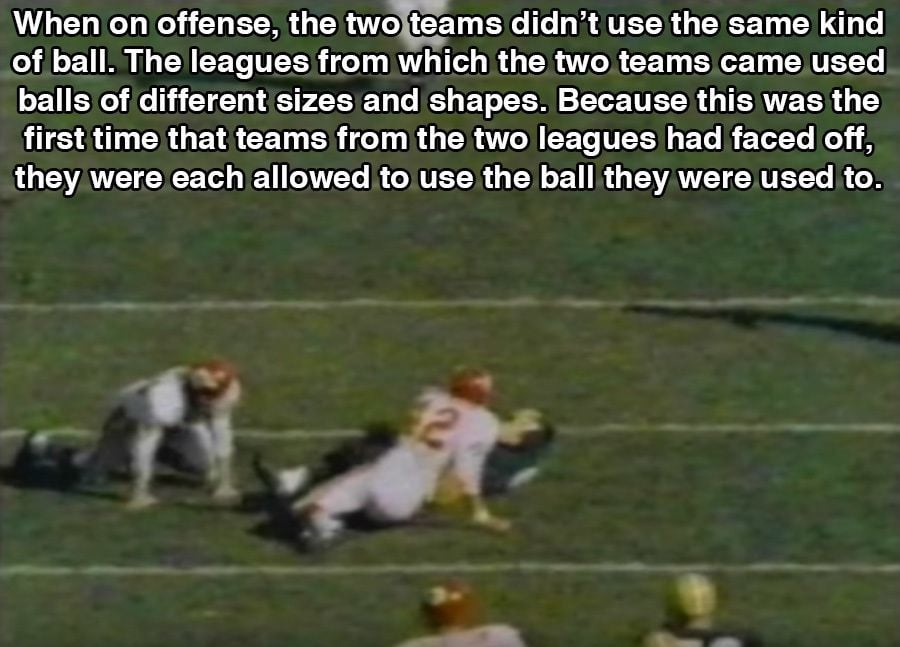 When on offense, the two teams didn't use the same kind of ball. The leagues from which the two teams came used balls of different sizes and shapes. Because this was the first time that teams from the two leagues had faced off, they were each allowed to use the ball they were used to.YouTube 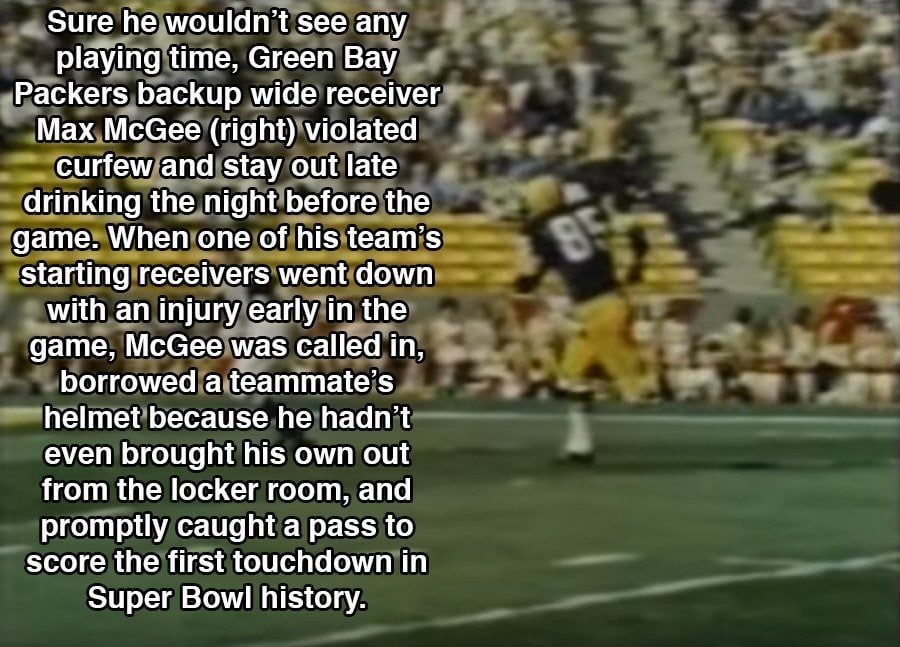 Sure he wouldn't see any playing time, Green Bay Packers backup wide receiver Max McGee (right) violated curfew and stayed out late drinking the night before the game. When one of his team's starting receivers went down with an injury early in the game, McGee was called in, borrowed a teammate's helmet because he hadn't even brought his own out from the locker room, and promptly caught a pass to score the first touchdown in Super Bowl history.YouTube 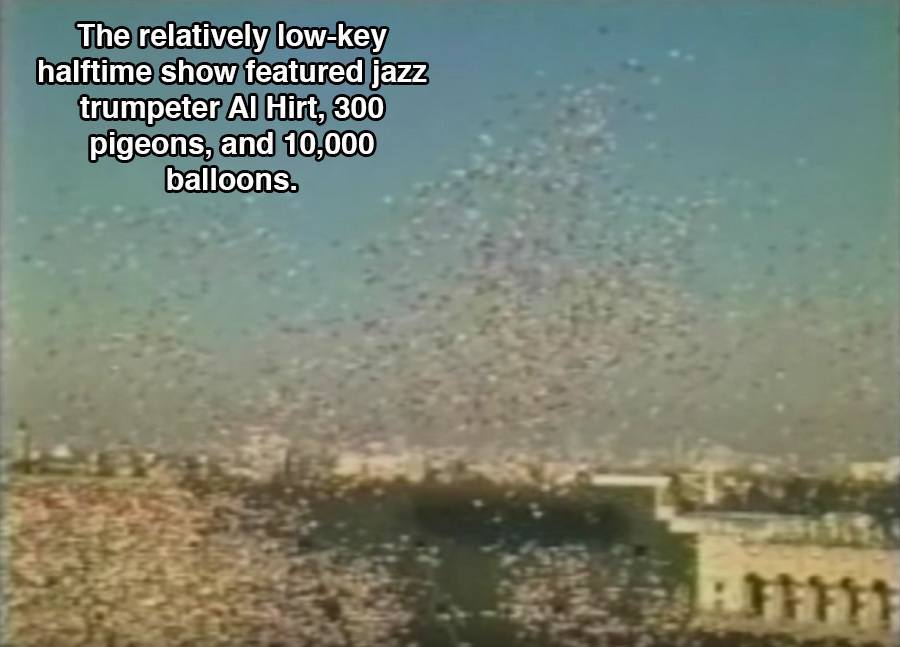 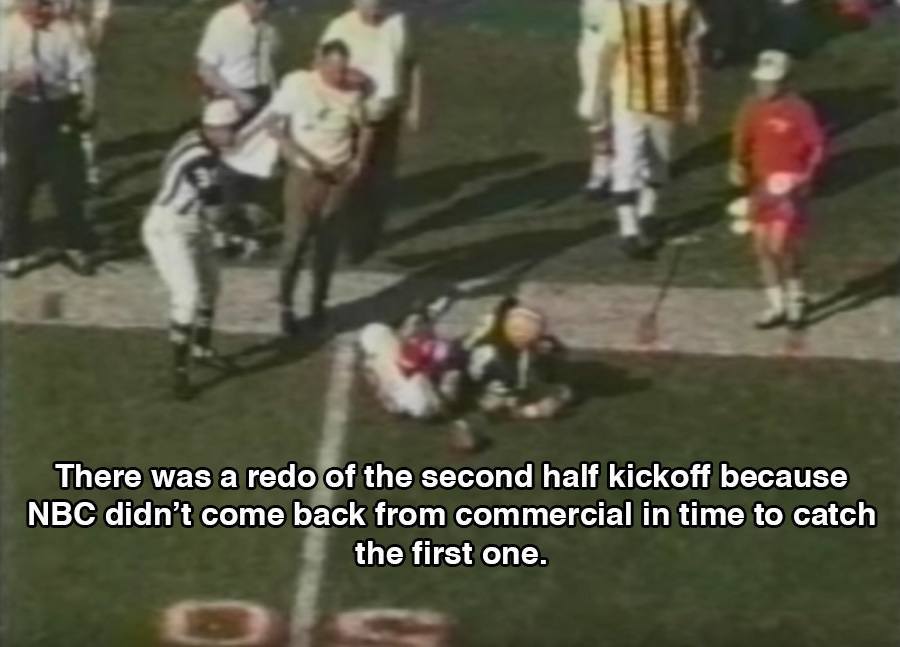 There was a redo of the second half kickoff because NBC didn't come back from commercial in time to catch the first one.YouTube 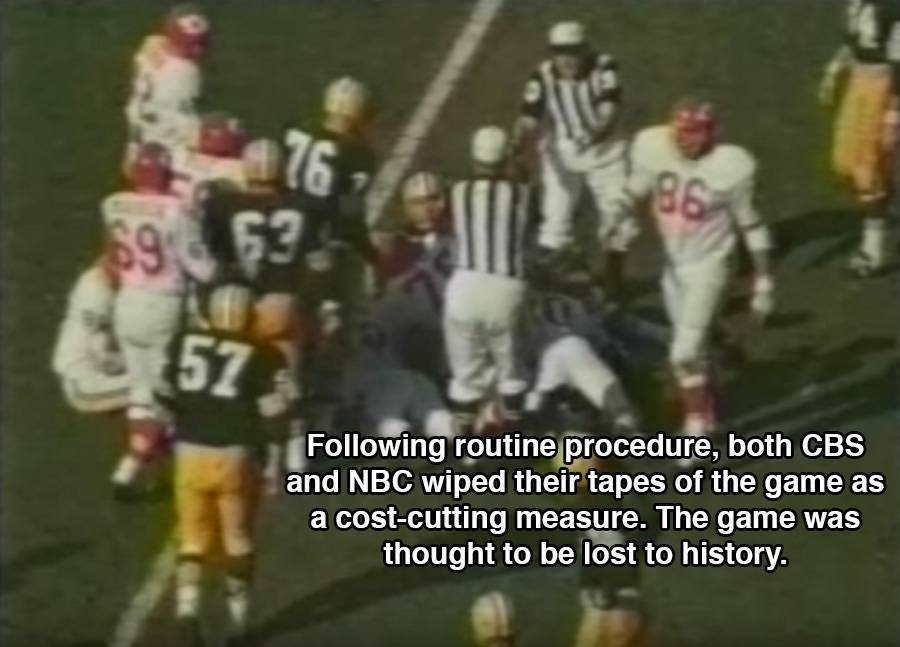 Following routine procedure, both CBS and NBC wiped their tapes of the game as a cost-cutting measure. The game was thought to be lost to history.YouTube 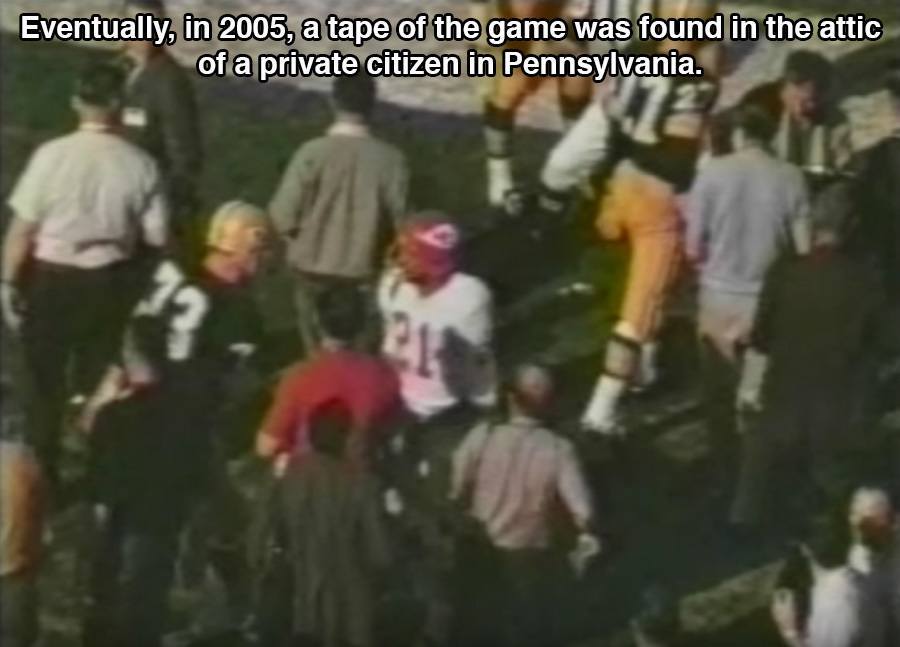 Eventually, in 2005, a tape of the game was found in the attic of a private citizen in Pennsylvania.YouTube 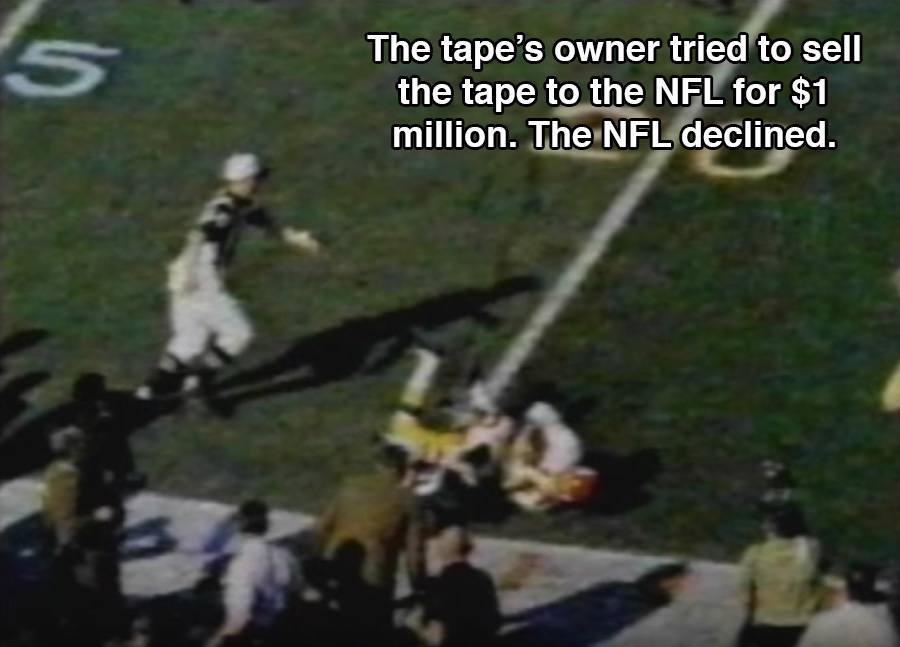 The tape's owner tried to sell the tape to the NFL for $1 million. The NFL declined.YouTube 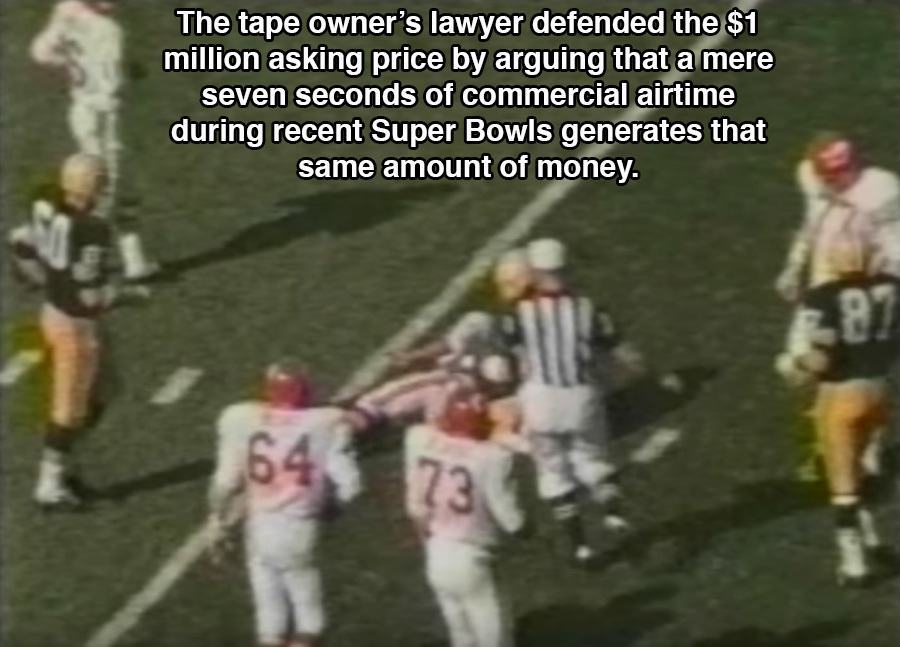 The tape owner's lawyer defended the $1 million asking price by arguing that a mere seven seconds of commercial airtime during recent Super Bowls generates that same amount of money.YouTube 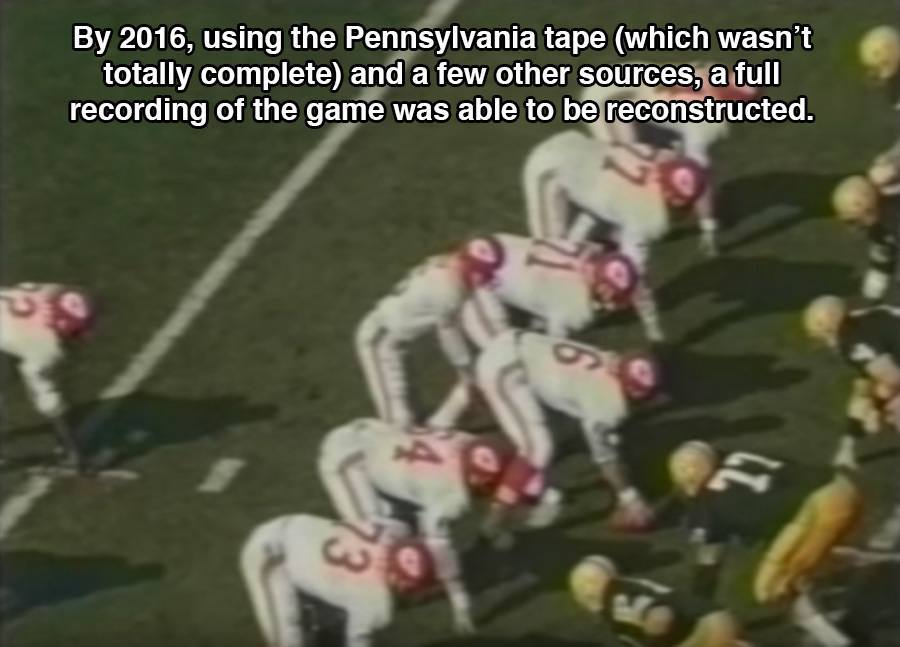 By 2016, using the Pennsylvania tape (which wasn't totally complete) and a few other sources, a full recording of the game was able to be reconstructed.YouTube

In a few weeks, well over 100 million Americans will spend well over $15 billion on food, drink, merchandise, and more in preparation for the next Super Bowl. Commercial advertisers will spend far more money per second than the average American family earns in a year. World-famous entertainers will take the stage. Tiffany & Co. will unveil the 33-pound, 18-karat gold-plated trophy it constructed for the winning team. And, finally, 60 minutes of football will be played.

When Super Bowl 1 was played, in 1967, it had far more to do with those 60 minutes and less to do with everything else. These astounding Super Bowl 1 facts and rare images reveal how unbelievably different things were just a few decades ago.

After checking out these Super Bowl 1 facts, have a look at 100 interesting facts that'll blow your mind and 99 fun facts that are perfect for trivia night.