Beck Weathers: The Man Left For Dead On Mount Everest 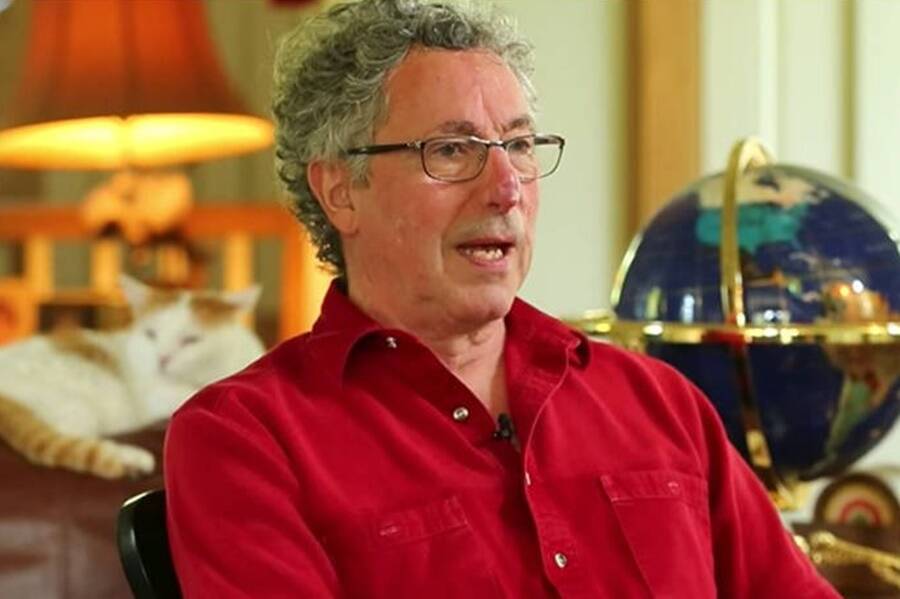 YouTubeBeck Weathers survived a near-death experience on Mount Everest, but he lost parts of his body to frostbite.

In the spring of 1996, American pathologist Beck Weathers embarked on a long trek up Mount Everest. But his dream of hiking the famous mountain soon turned into a nightmare — which nearly cost him his life.

Beck Weathers was part of an eight-member crew led by veteran mountaineer Rob Hall. By that point, Hall had already conquered the Seven Summits — the highest mountains on each of the seven continents.

With Hall in the lead on the morning of May 10th, Weathers’ journey seemed like it was off to a good start with clear weather and an upbeat attitude amongst the group. But things would soon took a dramatic turn.

As the group ascended farther up the mountain, Weathers realized he couldn’t see very well in the snow due to a previous eye surgery. And once it began to get dark out, he could barely see at all.

Near the summit, Hall told Weathers to stay on the side of the trail while he took the group to the top. He assured Weathers that they would pick him up on their way back down. Weathers begrudgingly agreed.

As he waited, other groups passed him on their way down and offered to take him with them. Despite the increasingly harsh conditions, Weathers stayed and waited for Hall. But Hall would never come back.

Upon reaching the summit, a climber had become too weak to carry on — and Hall refused to leave his side. But soon enough, another climber descended, letting Weathers know that Hall was stuck. So Weathers waited for another member of his team who was on the way down — Mike Groom.

Groom was Hall’s fellow team leader who had scaled Everest in the past. Taking Weathers with him, Groom and the other climbers tried to make their way down. But at the same time, a blizzard was brewing. Due to the storm, Weathers and several others became disoriented, and couldn’t find Camp IV — the camp that was closest to the summit. 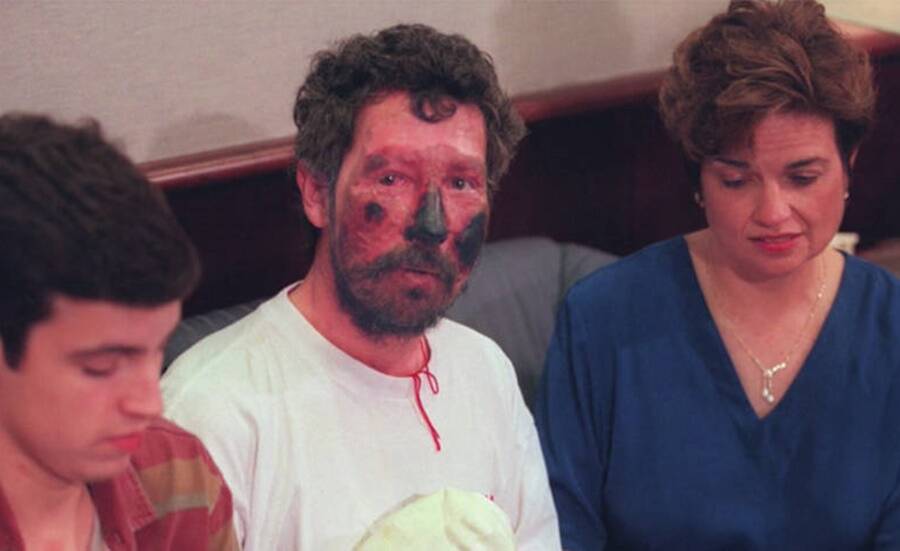 YouTubeWeathers reunited with his wife and son after his rescue.

By the time there was a break in the storm, Weathers was feeling so weak that he and four other climbers were left behind so that those who were stronger could find help. Anatoli Boukreev, who was a guide on another expedition, came and rescued several climbers. But Weathers wasn’t there.

As it turned out, Weathers had lost one of his gloves and began really feeling the effects of high altitude and freezing temperatures. Delirious, Weathers got to his feet and screamed, “I’ve got this all figured out!” Then, gale force winds threw Weathers from his feet. He toppled away from the other climbers — who were sure he was gone forever.

Weathers didn’t die, but he did spend the night in an open bivouac — in a blizzard — with his face and hands exposed to the elements. When he woke up, his mind raced as he realized that he had been left for dead.

“This was not a dream,” he recalled thinking. “This was real and I’m starting to think: I’m on the mountain but I don’t have a clue where. If I don’t get up, if I don’t stand, if I don’t start thinking about where I am and how to get out of there, then this is going to be over very quickly.”

Thanks to his sheer willpower to survive, he managed to walk down to Camp IV on his own. His fellow climbers were stunned to see him — and later said that his frozen hand and nose looked and felt like they were made of porcelain. “This man had no face,” one witness recalled. “It was completely black, solid black, like he had a crust over him.”

They did not expect him to live, so they figured they’d just make him comfortable until he died. Yet he persevered through another freezing night alone in a tent — in utter agony. Though he cried for help, the storm drowned out his pleas. The climbers were shocked to see he was both alive and coherent the next day.

Finally, Weathers was helped to walk — on his frozen feet — to a lower camp, where he later became the subject of one of the highest altitude medical evacuations ever performed by helicopter.

Four people in Weathers’ group died during the trek. In all, eight climbers — including Rob Hall — died in the blizzard, making it one of the deadliest incidents in Everest history.

Beck Weathers escaped with his life, but his body was broken. Due to the severe frostbite, his right arm, his left-hand fingers, part of his nose, and several pieces of his feet all had to be amputated. Incredibly, doctors were able to fashion him a new nose out of skin from his neck and ear.

Weathers later chronicled his inspiring survival story in his 2000 book Left for Dead: My Journey Home from Everest.

In the end, Weathers believes that the experience was worth it. He left for Everest as a depressed man facing a deteriorating marriage and came back with a renewed sense of purpose. “I gave up some body parts, but I got back my marriage,” he said. “I got back my relationship with my kids, I’ve got a new grandbaby… all in all, if I had to do it again, every pain, every misery, every bit of suffering that comes from it, I’d do it again in a heartbeat.”