Tami Ashcraft: The Woman Who Survived 41 Days Adrift At Sea 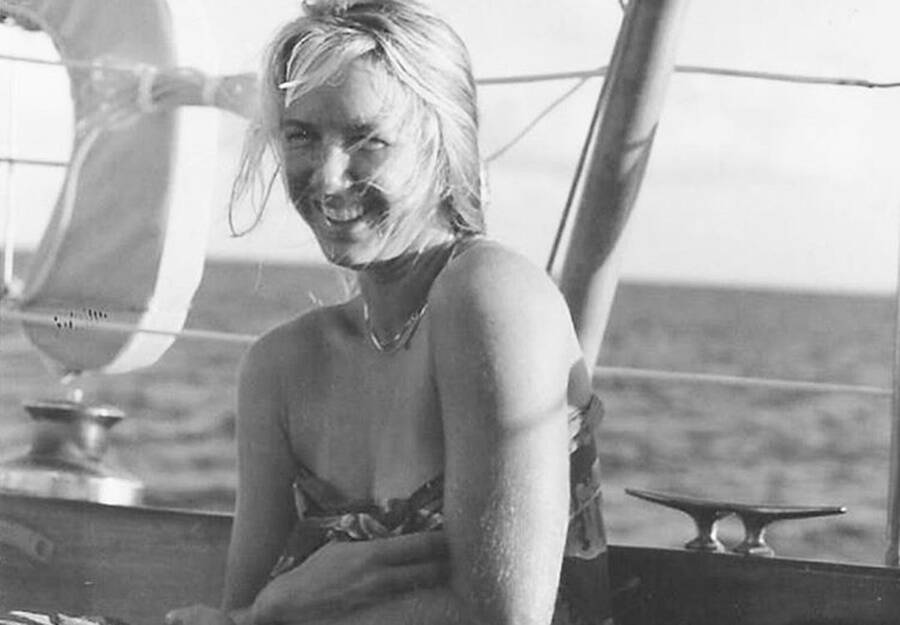 Before she found herself adrift in the middle of the Pacific Ocean, Tami Oldham Ashcraft was an experienced sailor.

With her fiancé Richard Sharp, Ashcraft spent much of her time traveling the sea aboard his 36-foot sailboat. So when a friend approached the couple to ask if they would deliver a 44-foot yacht from Tahiti to San Diego, California, the two didn’t think twice.

The journey was 4,000 miles across the Pacific Ocean, much longer than the couple had ever sailed before. But given the combined experience between the two, they felt confident that they could reach their destination without trouble. And so they set sail on the Hazana in September 1983.

But in October, a category-four hurricane blew the couple off course. Ashcraft and her fiancé tried to ride out the storm, which kicked up 40-foot waves and 140-mile-per-hour winds. Then, right after Sharp told Ashcraft to head below deck, she heard him scream. Before Ashcraft could help, she was knocked unconscious after being thrown against the cabin wall.

Ashcraft woke up the next day to find the yacht mostly destroyed and her fiancé missing. She found Sharp’s safety harness dangling over the end of the boat, and realized he had been thrown overboard. The cabin was filling with water, the masts were broken off, and the yacht’s sails were dragging in the sea. The navigational system and the engine were also in disrepair.

Suffering from a head injury and the loss of her fiancé, Tami Oldham Ashcraft pulled herself together. Using a broken pole and a storm jib, she created a makeshift sail and pumped the water out of the cabin.

She found a sextant and a watch, the only useful tools that had survived, and used them to help her navigate toward the closest landmass — the 1,500-mile-away island of Hilo, Hawaii.

Ashcraft spent 41 days adrift at sea. She sustained herself on canned fruit salad and sardines, and the hope that her boat would be pushed by the waves toward Hawaii. She was finally rescued by a Japanese research ship that noticed the drifting yacht near the coast of the island.

“Definitely the hardest part was dealing with Richard being gone,” Ashcraft later told the Chicago Tribune. “There were times I didn’t even want to live anymore because I didn’t know how I was going to go on. I was never going to fall in love again.”

She added, “But, actually, while I was in the survival mode, the grief was fairly low. It wasn’t as intense as when I got to shore and the survival was over, and I could see people together and everything kept reminding me of him. I just really had a hard time. But that survival instinct [while at sea] just kicked in. It helped me to focus, to keep myself on track.”

Ashcraft’s head injury prevented her from being able to read for six years after her accident. But she was eventually able to write about her ordeal in her 2002 book Red Sky in Mourning: A True Story of Love, Loss, and Survival at Sea. Her miraculous survival story was later depicted in the 2018 feature film Adrift starring Shailene Woodley.