Susan Lund left her home in Clarksville, Tennessee, on Christmas Eve 1992 to get some groceries and was never seen again. 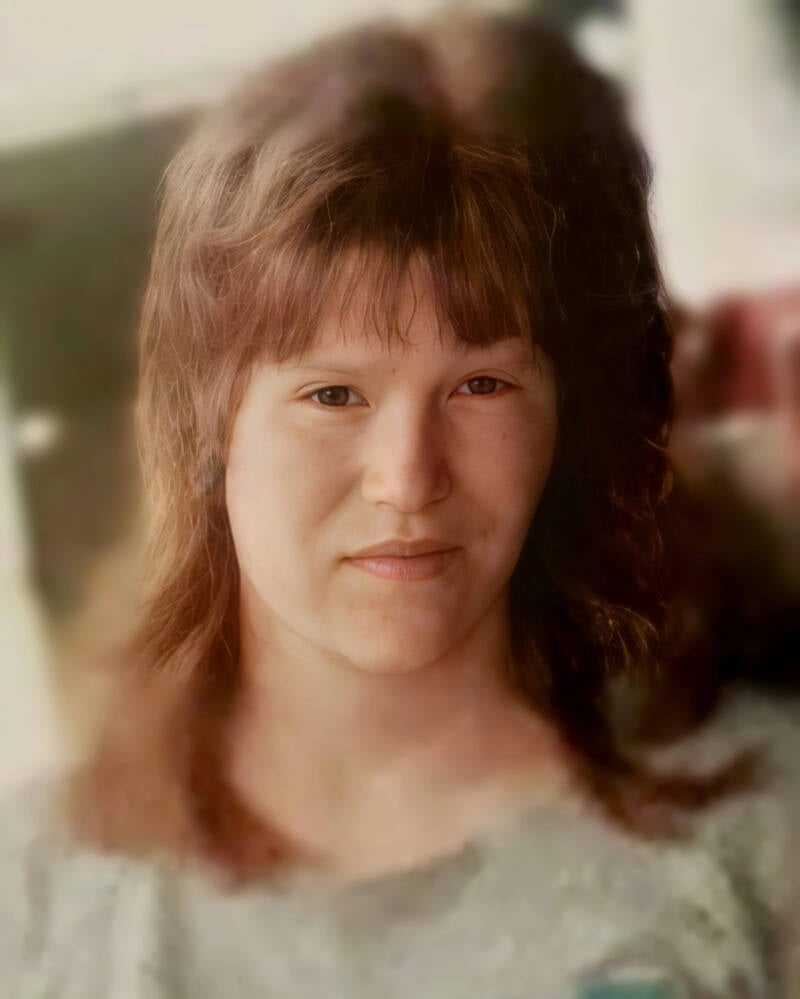 Twenty-nine years after a severed head was found in an Illinois state park, investigators have identified the victim as Susan Lund. The mother of three left her home in Clarksville, Tennessee, on Christmas Eve 1992 to go to a grocery store. While her head was found a month later, authorities at the time had no idea who it belonged to — and now they’re looking for Lund’s killer.

When Lund failed to return from her walk back in 1992, her husband reported her missing. Her sister Pamela Reyes said she was glad that Lund’s son now has confirmation that she didn’t abandon him purposefully, according to The Daily Beast. In 1992, Clarksville police investigated the disappearance for just a few weeks before the case went cold.

A loving wife and caring mother, Lund intended only on a brief trip to get some groceries. Her children were 6, 4, and 2 years old at the time, and she had even just spoken to her sister about bringing the family together for some quality time. Reyes recalled a conversation the day before.

“I talked to her last on Dec. 24,” said Reyes. “I’m probably the last person to speak with her in the family. We were making plans to talk, and I was trying to make plans to come down and visit her. It’s just like we were celebrating Christmas and then all this. It’s never been the same. We’ve always had a piece of our family missing.”

According to Clarksville Now, two little girls aged 10 and 12 years old found Lund’s head in Wayne Fitzgerrell State Park in Ina, Illinois, on Jan. 27, 1993 – less than a month after she disappeared. But a sketch of her face would fail to bring anyone forward to identify her.

Meanwhile, according to The Southern, the remains found a month after Lund’s disappearance were thought to have belonged to a woman between 30 and 50 years old. Police also believed she had died two to three days earlier and dubbed her “Ina Jane Doe.” 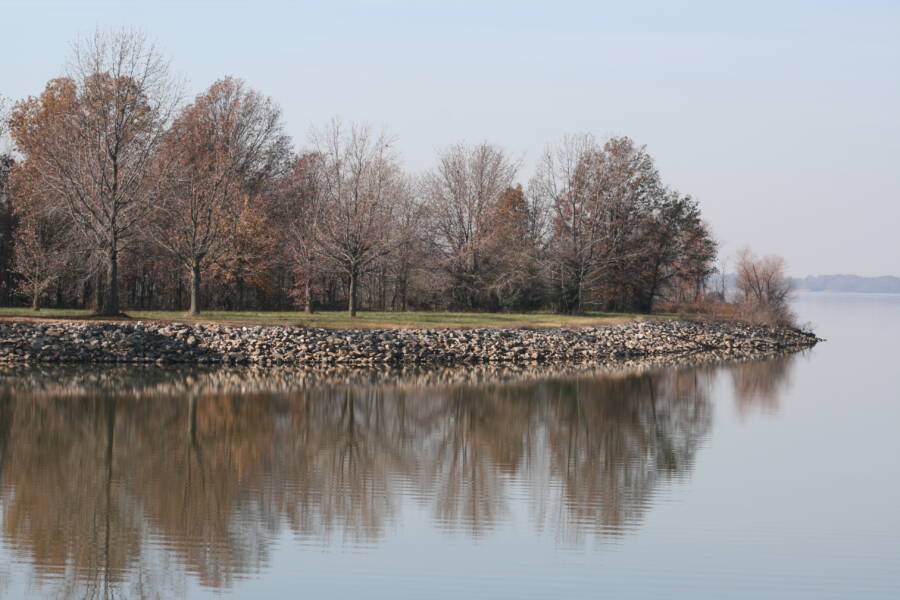 keith_harms/FlickrLund’s remains were scattered across a peninsula extending into Rend Lake.

While authorities correctly noted that the victim had a silver tooth filling and had potentially worn braces in the past, they remained stumped and the case tragically went cold. But when Dr. Amy Michael, an anthropology professor at the University of New Hampshire, contacted the Jefferson County sheriff’s office in 2020, the tides turned.

Michael suggested renewed DNA analysis and properly reexamining the victim’s bones — and helped develop a more accurate picture of what the victim looked like.

Michael posited that the victim had suffered from torticollis, or wryneck syndrome, leading to a new digital mockup by sketch artist Carl Koppelman. While this image was posted online and saw countless amateur sleuths compare it to various missing women, it was ultimately DNA and genealogical technology that solved the case.

Redgrave Research Forensic Services in Massachusetts used the public online GEDMatch database to establish family trees, find shared ancestors, and seek out potential matches. And it yielded one family with a relative who had been missing since 1992: the Lunds. 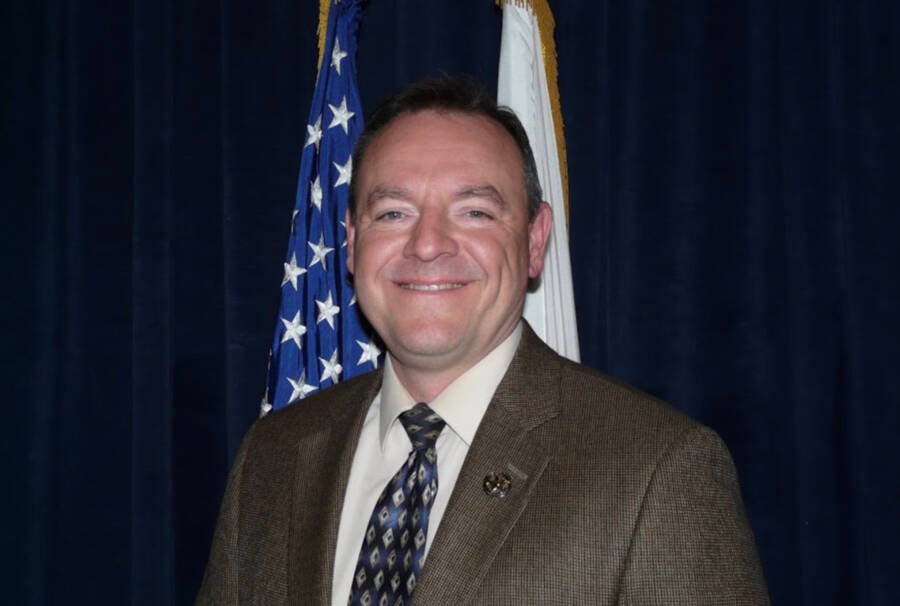 Ultimately, police contacted one of Lund’s siblings and obtained their DNA sample on March 6. According to Redgrave, the results were “100 percent consistent with the values shared with the full sibling.”

“I cried most of the day” recalled Reyes. “We had been looking on and off, when we could, to find her. She was just very kind-hearted, very not judgmental and down to earth. Just a really sweet person the whole time and everyone … really loved her. Then I was angry. I was angry because she’s been there for 29 years. But we’re relieved now.”

Lund’s family was relieved to know for sure that she hadn’t purposefully left town and her children.

“I’m just speaking on behalf of her three children,” continued Reyes. “They just really want people to know that they’re grateful to find out that they weren’t abandoned by their mother. She didn’t leave her kids, not willingly. For her 6-year-old, her only son, it was really important for him to come to grips that his mom didn’t abandon him.”

For the Jefferson County Sheriff’s Office and Clarksville police, however, the confirmation that Lund was murdered has led them to reopen the cold case — and start the hunt for her killer.

“That doesn’t stop our mission … to find the truth about what happened to Susan,” said Sheriff Jeff Bullard Sr. “We’re going to roll up our sleeves and start digging into it again.”

After reading about the decapitated head of Susan Lund, learn about the scuba-diving YouTuber who solved a 21-year-old cold case. Then, read about the Bronx astronomy mentor charged in the 1990 murder of a child.