The 4,197-foot butte in Oregon's Umpqua National Forest will likely be renamed Mount Halo after a historic Indigenous leader. 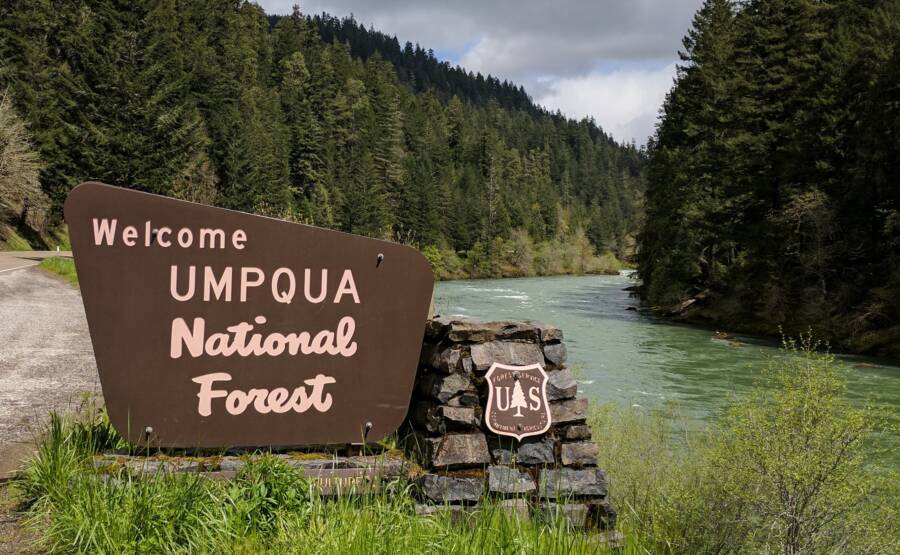 For over a century, an isolated butte in Oregon has been saddled with a peculiar name: Swastika Mountain. Now, thanks to a local woman, the 4,197-foot hill in Umpqua National Forest will be renamed.

According to NPR, 81-year-old Joyce McClain first heard about Swastika Mountain when she read about hikers who were rescued from it in January 2022. The Eugene resident couldn’t believe her ears — and decided to see what it would take to change the name.

“I thought ‘this is crazy,'” McClain said according to CNN. “I decided maybe I can’t do anything, but I’m going to look into what it takes to change the name of the mountain.”

As NPR reports, McClain took action by reaching out to the Oregon Historical Society (OHS) and the Oregon Geographic Names Board (OGNB), which has been in charge of naming Oregon’s natural sites since 1908. According to the Willamette Week, the OGNB has been busy in recent years renaming places with outdated or racist names.

But while the swastika is synonymous with Adolf Hitler today, the mountain’s name had nothing to do with Naziism. In fact, it was named for a local town, which was named for a rancher who used the swastika symbol to brand his cattle. According to Kerry Tymchuk, OHS’s executive director, the rancher saw the swastika as a symbol of “good luck” or “well-being.”

“This was in the early 1900s, long before the symbol became associated with the Nazis and Hitler,” Tymchuk explained to CNN. 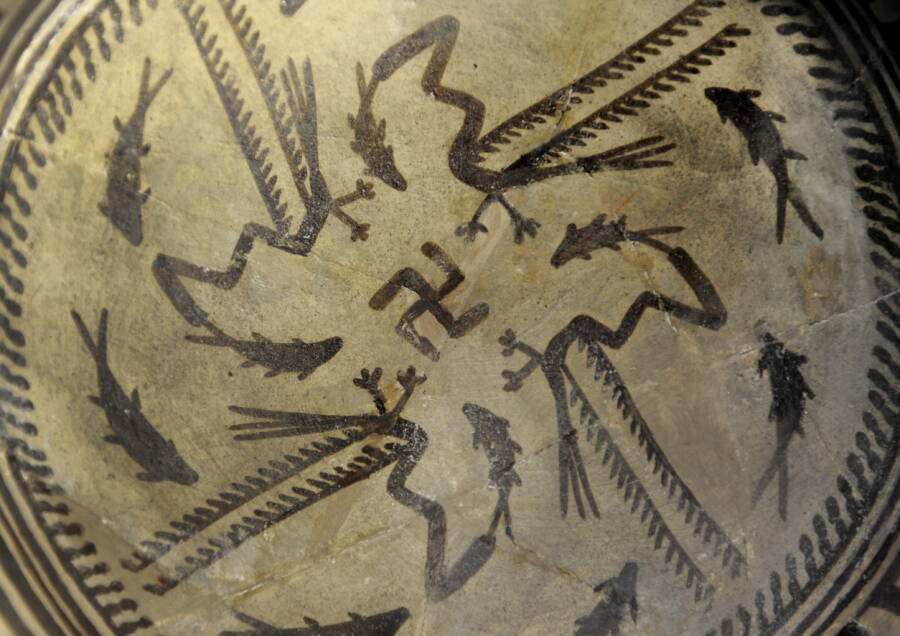 PHAS/Universal Images Group via Getty ImagesThe swastika is an ancient symbol for good luck that was later adopted by the Nazis. Here, it’s seen on a bowl found in Iraq from circa 5500-4800 BC.

Still, Tymchuk acknowledged that names have meaning — and that meaning can fluctuate across the passage of time.

“What we name things, our features, reflects history, but also reflects values,” he told NPR. “And as history changes, so do values … certainly, something bearing the name Swastika in 1903 is different than in 2022, when it’s been associated with such an evil person and evil ideology.”

At first, McClain proposed renaming Swastika Mountain as Umpqua Mountain. But according to Willamette Week, a tribal historian suggested naming it after Chief Halito, an indigenous leader who led the Yoncalla Kalapuya tribe in the 19th century, and McClain threw her support behind the new proposal. 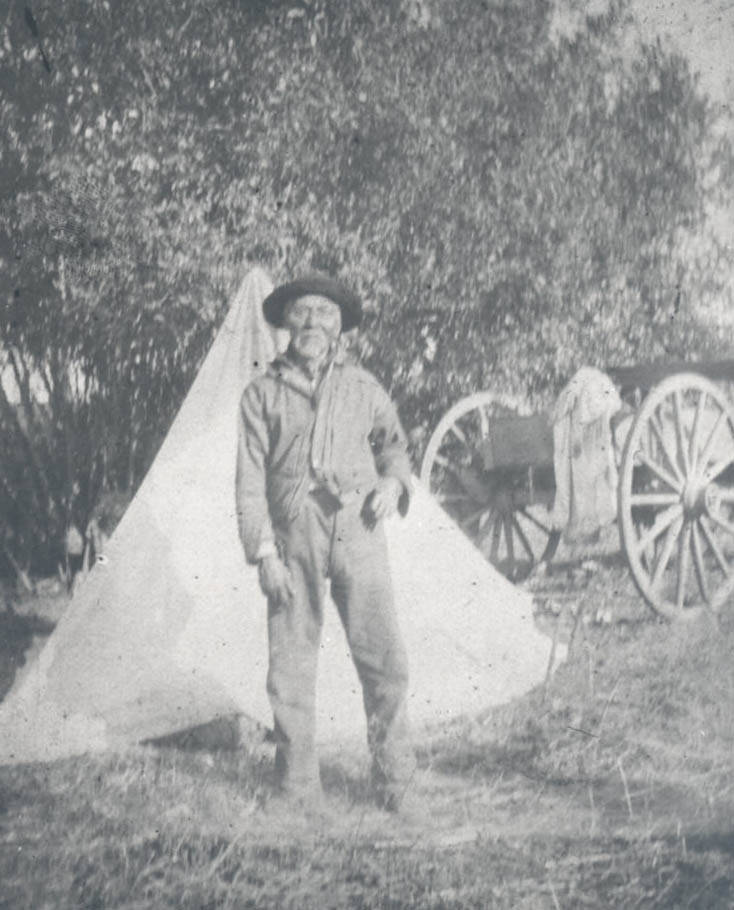 It’s not the only name change that the OGNB has made in recent years. According to the Willamette Week, the organization is also changing the name of a number of places in Oregon that contain the word “Negro.” Tymchuk said that these places were named by white people who wanted to mark where Black people were living, and they often used a different n-word.

“You can imagine what it was,” Tymchuk told the Willamette Week, adding, “The renaming is also reclaiming, reclaiming the honor and the dignity of the individuals who lived there.”

The OGNB has recommended renaming “Negro Knob” as “Columbus Sewell Knob,” after a Black man who had a freight-hauling business; “Negro Creek” as “Jack Carson Creek,” after a renowned Black horse trainer; “Negro Ridge” as “Malvin Brown Ridge,” after a smoke jumper who died fighting fires, and a second “Negro Creek” as Triple Nickle Creek, after the all-Black World War II 555th Parachute Infantry Division.

“The names that we give geographic features reflect both our history and our values,” Tymchuk told CNN.

As such, McClain is pleased that she could play a role in renaming Swastika Mountain. And she encourages others to take action in similar situations.

“People need to come forward and take action when they see something that isn’t right or needs to be changed, because one person can make a difference, and this shows how that is so true,” McClain told NPR.

After reading about Mount Swastika’s new name, discover the stories of nine Native American women missing from the history books. Or, read about Heinrich Schliemann, the Nazi responsible for coopting the swastika.