The 15-year-old Australian baboon was accompanied by two female baboons in order to keep him "calm" before his surgery. 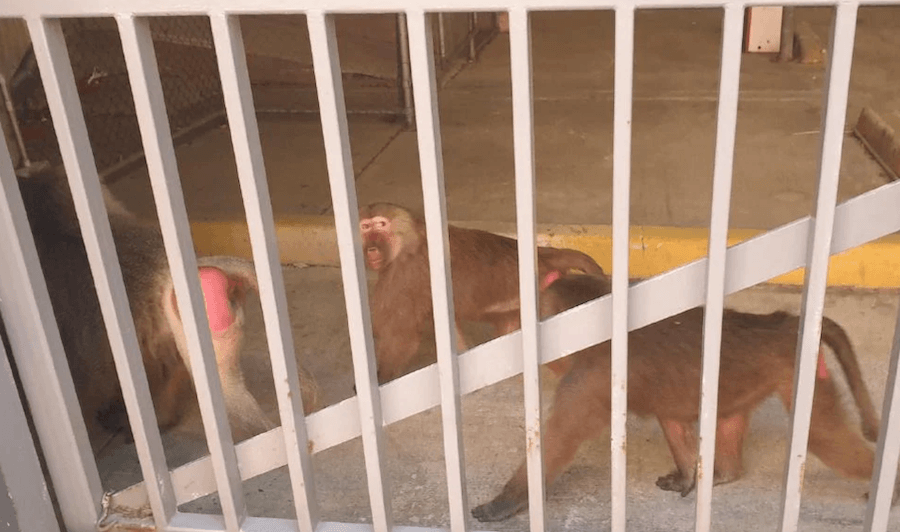 Three baboons were seen scurrying around the grounds of a major Australian hospital on Tuesday. According to The Guardian, the animals had just escaped from the truck transporting them — so one of them could have a vasectomy.

The first to report on the incident at the Royal Prince Alfred (RPA) Hospital in Sydney was radio presenter Ben Fordham. On Sydney’s 2GB station, one caller told Fordham that he’d seen three baboons on the property.

That final detail is certainly one way to identify the primate species. Another way is having the police show up and confirm the bizarre rumors in person.

While people were fending for themselves without any assistance, one caller explained that her daughter and her daughter’s coworkers had been chasing after the animals before the authorities arrived.

“My daughter is an occupational therapist at RPA and she said, ‘Yes Mum, I’ve just helped wrangle them,'” she said.

Before the authorities showed up, the spectacle had already gripped a swath of social media users. This led to concern that the chaos was being enjoyed more than the safety of the animals was being considered. Fortunately, the primates were recaptured just over an hour after their escape.

“Just after 5:30 p.m., officers from inner west police area command were called to a car park on Missenden Road and Lucas Street, Camperdown, after reports three baboons escaped while being transported,” said a spokesperson for the New South Wales Police. 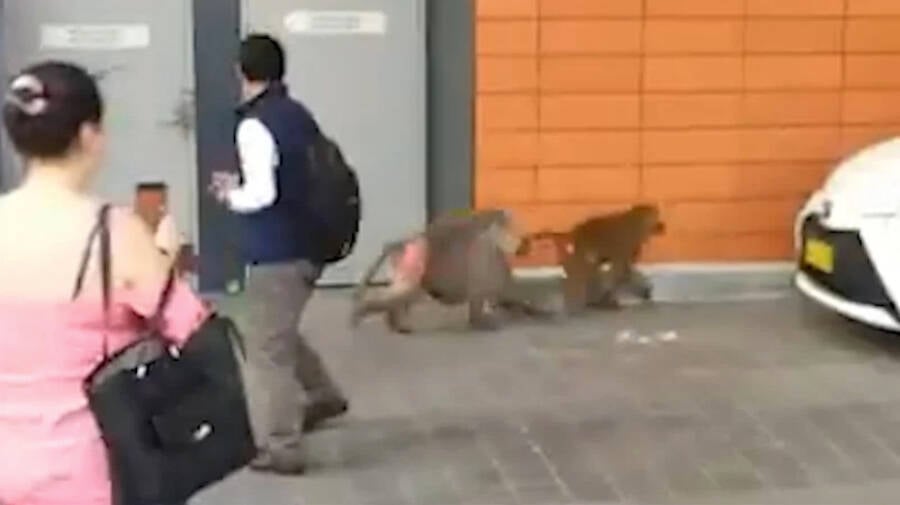 YouTube/7NewsOne caller said he could identify the animals because of their “shiny red bottoms.”

“They are currently contained and police are working with experts to safely return them to their facility. There is no immediate danger to the public but people are advised to avoid the area.”

New South Wales health minister Brad Hazzard explained that the baboons were being taken to the hospital’s animal research facilities when the incident occurred. Turns out, the truck that was transporting the furry vasectomy patient and the two female baboons had a faulty lock.

The 15-year-old male was apparently accompanied by the two females in order to keep him “calm.” Hazzard explained that he’s the de facto leader of his troop at the baboon colony he was being transported from.

“He was having a vasectomy because there’s no desire for him to continue to breed for the troop, and the other option was to move him from the troop,” said Hazzard. “This way, he can stay with his family through until old age.” 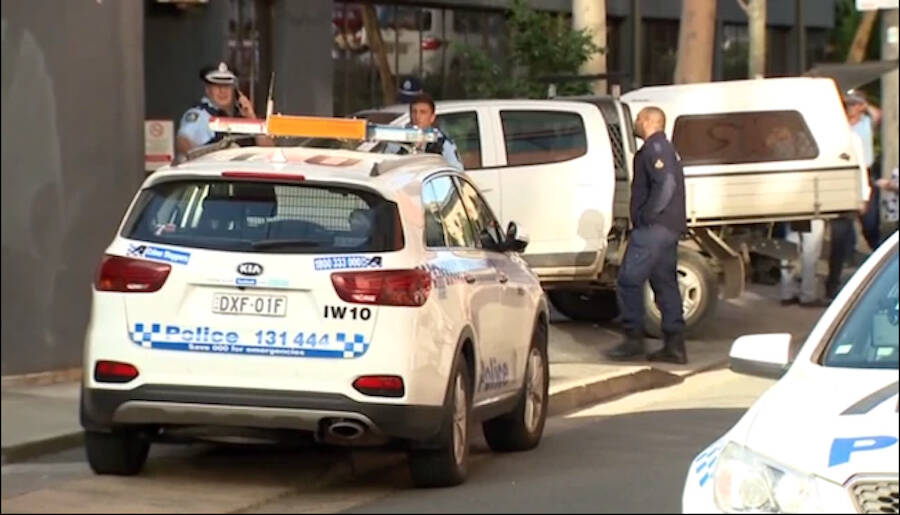 YouTube/7NewsThe police recaptured the three primates a little over an hour after the first sightings were reported.

The colony in question has been around for two decades — and was bred for scientific research. Hazzard claimed that the animals serving as test subjects there are and have been treated humanely.

“I understand they’re extremely well cared for,” he said. “They are quite placid and behaving themselves far better than one would expect.”

Ultimately, he was just as shocked as everyone else.

For animal welfare spokeswoman Mehreen Faruqi, the baboon escape was just another reminder that the animals might simply want freedom.

She tweeted simply, in response to the breaking news: “I wish them well.”

After learning about the Sydney baboon that escaped his vasectomy surgery and ran around a hospital, read about Jackie the baboon, who fought in the trenches of World War I. Then, learn about Jack the baboon, who worked on a railway for nine years without ever messing up.