Aubrey Trail claimed Sydney Loofe's death was an accident and the result of a sex game gone wrong. He said he only dismembered her and removed her organs because he panicked. 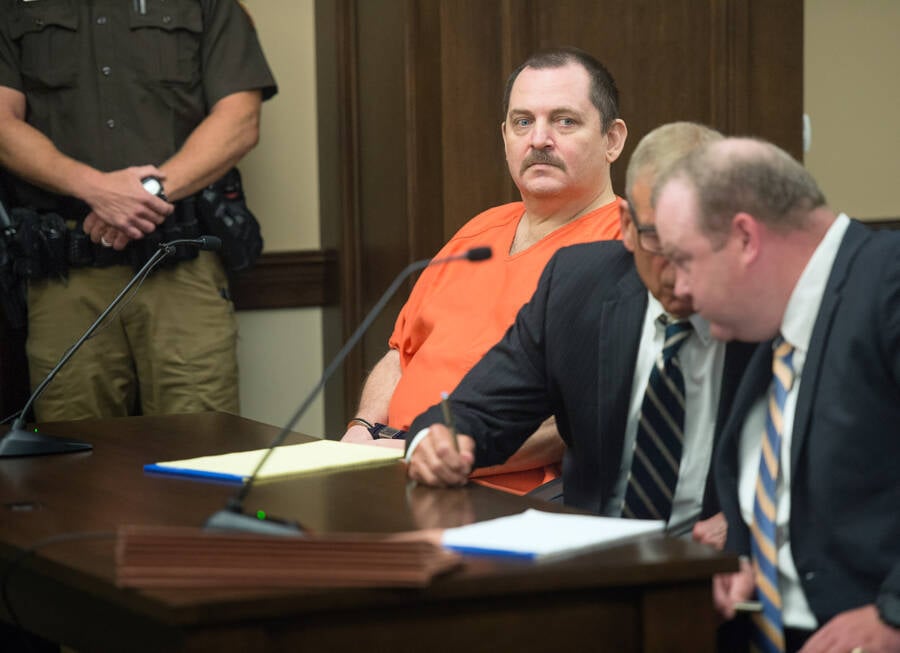 Eric Gregory/Lincoln Journal Star via AP FileAubrey Trail, shortly before slashing his own throat open with a pen or a small blade. Wilbur, Nebraska. June 24, 2019

A Nebraska man suspected of killing and dismembering 24-year-old Sydney Loofe in late 2017 shocked a courtroom on Monday when he slashed his own throat during his murder trial.

According to The Daily Beast, Aubrey Trail is suspected of luring Loofe to her death via Tinder.

The 52-year-old’s macabre interruption came shortly before a witness took the stand, and immediately after he loudly professed the innocence of his girlfriend and suspected accomplice, 25-year-old Bailey Boswell.

Boswell is scheduled to face her own murder trial in October, while Trail is currently hospitalized for his self-inflicted injury.

“Bailey is innocent and I curse you all!” Trail screamed, before cutting his throat open and falling out of his wheelchair.

WATCH >> Aubrey Trail's attorneys said Monday that he possibly used a piece of a razor blade to cut his throat in court this morning. pic.twitter.com/2Vcm2JpLGx

The Disappearance Of Sydney Loofe

Loofe disappeared on Nov. 15, 2017, shortly after expressing her excitement at going on a second date with Boswell, whom she called her “dream girl.” Authorities first became suspicious of Trail and Boswell when they posted Facebook videos in which they adamantly professed their innocence – before police even charged them or found Loofe’s body.

After they found her body in a field in Clay County, the case switched from a missing persons incident to a murder investigation. When the two self-proclaimed antique dealers transported stolen goods from Kansas to Nebraska on Nov. 30, the feds arrested them.

“But as far as the police department, fuck you.”

Unfortunately for Trail, it certainly sounds like he was involved in Loofe’s death — whether accidentally or on purpose — by his own admission. He told local media that it was a sex act turned sour that ended her life. In another interview, he said she died of accidental asphyxiation.

“It wasn’t supposed to go to the extreme it went, of course not,” he later told the Omaha World-Herald. “It wasn’t meant that she was to die.” 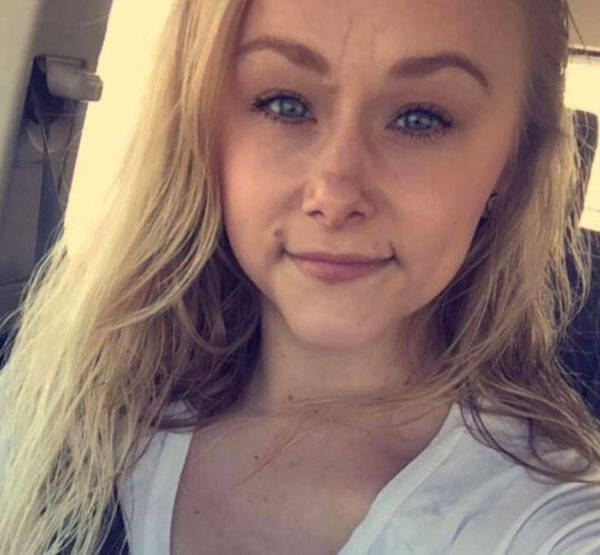 Lincoln Police DepartmentSydney Loofe’s family knew something was amiss when they found her cat unfed, her purse on the kitchen counter, and her Jeep parked in the driveway, four days after having gone missing.

“Aubrey Trail is not a nice man, but I submit to you that with respect to the charges of first-degree murder and conspiracy to murder, he has told the truth throughout,” said Murray.

The attorney added that Trail and Loofe had a closer relationship than people think, and that she willingly participated in his and Boswell’s sexual fantasy group. According to Trail, when Loofe accidentally died, he panicked. He dismembered her and stuffed her in his trunk.

The prosecution begged to differ.

They believe Trail’s excuse is a lie, and that police “have enough evidence to suggest that is a fabrication.” The prosecution claimed Trail and Boswell planned on killing somebody, and used social media to lure them.

A now-deleted Facebook video of Trail’s in which he declares his innocence in the disappearance of Sydney Loofe.

They decided on Loofe, then bought a hacksaw, duct tape, utility knives, trash bags, and bleach. The prosecution claimed this was done right before Loofe disappeared.

“This was a planned seduction to kill somebody,” said Nebraska Assistant Attorney General Sandra Allen. “The somebody is Sydney Loofe.”

To their point, security camera footage did show Trail entering a home-improvement store on Nov. 15, 2017. This was the same store Loofe worked in. The surveillance video shows Trail standing in the store and looking at Loofe. He then looked in his pocket, and back at Loofe one last time.

Allen said that Trail called Boswell right after this. That very night, Boswell took Loofe out on the second date the victim was so excited about. The cellphones of all three people involved were not in service that night. Loofe never turned hers back on — and never showed up to work again.

Loofe was found in a ditch in early December after investigators saw an arm sticking out of a trash bag. Most of her internal organs were gone, including her tongue, kidney, and heart. They knew it was Loofe based on the description of a tattoo she had on her arm.

“Everything will be wonderful someday,” it read. 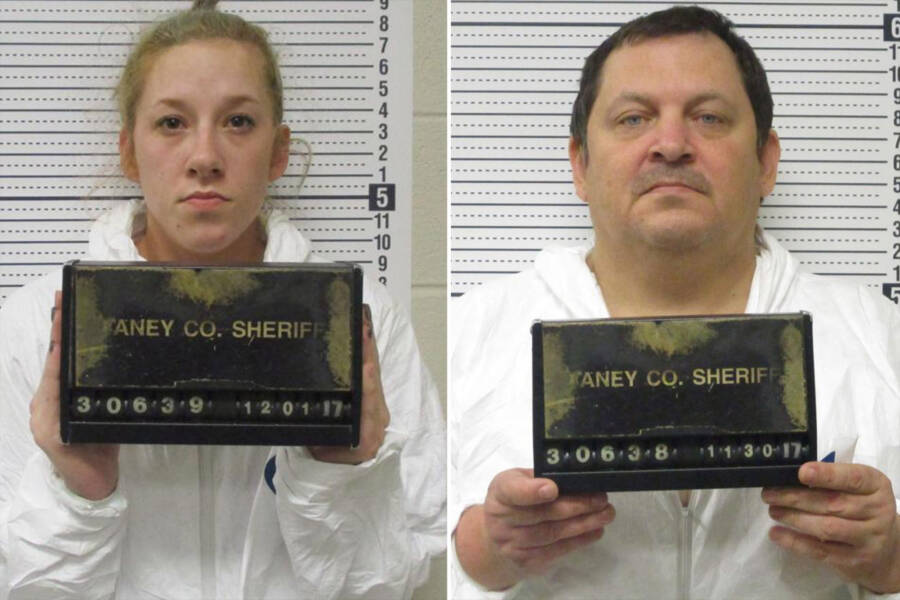 Taney County Sheriff’s OfficeBailey Boswell (left) faces her own murder trial in October, while Aubrey Trail’s (right) will continue after he’s discharged from the hospital.

“How Come You Didn’t Tell Me You Had A Date?”

Loofe’s mother, Susie, testified last week that she saw her daughter’s Snapchat post about her Tinder date, and then texted her to ask about it.

“How come you didn’t tell me you had a date?” Susie’s text read. By then, unfortunately, it was too late. Susie called the police after Loofe’s younger sister said her friends couldn’t get a hold of her.

When Loofe’s parents and sister visited her apartment four days later and noticed the victim’s unfed cat, Loofe’s purse sitting on the counter, and her Jeep parked outside — they knew something was terribly wrong.

Loofe’s friend, Brittney Flinn, testified that Loofe texted her on Nov. 14 with the news that she’d gone on a date with someone she met on Tinder. Loofe shared an image of her date with Flinn, which was later confirmed to be Boswell. Another friend, Brooklyn McCrystal, did a little detective work of her own.

She found a photo of this then-unidentified woman on Tinder, and swiped right to match with her. The suspect then flirted with McCrystal, who asked her for her number. Once McCrystal had it, she sent it to Loofe’s family and police.

Further evidence of potential foul play came on Nov. 16, when Trail and Boswell’s landlord said she smelled bleach all over her property. When police searched the home two days later, they found Viagra, 17 sex toys, and bottles of bleach. Smears on the walls were also visible.

Trail pled not guilty to first-degree murder, which makes him eligible for the death penalty. He did plead guilty to one charge of improper disposal of skeletal remains, a felony that could send him to prison for two years.

It’s currently not clear what object he used to inflict the gash on his throat, though the Omaha World-Herald reported it may have been a pen or a small blade.

After the incident, a cleaning crew arrived to mop up his blood while Trail was taken out on a gurney and rushed to a hospital.

Judge Vicky Johnson said Trail would be forced to wear handcuffs in the future.

After reading the disturbing story of Sydney Loofe’s murder and her suspect’s self-inflicted throat-slashing during the trial, learn about the horrifying story of Rodney Alcala, the serial killer who won “The Dating Game” during his murder spree. Then, read about Soyuz 11 and the only people to ever die in outer space.