"You know, we ended up getting a lot of this information from a guy in Bozeman off of Facebook," a park agent said during the interrogation, "'cause you guys put a bunch of stuff on social media." 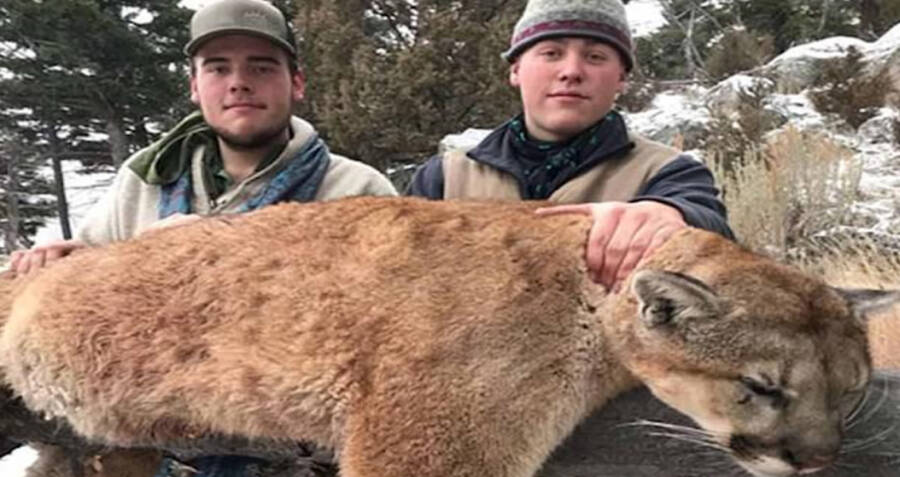 US Department of InteriorTeen hunters Trey Junhke and Corbin Simmons pose with the mountain lion they killed in Yellowstone Park. A third hunter, Austin Peterson who took the picture, was also involved.

Sometimes criminals unintentionally turn themselves in. Take the case of the Florida man who accidentally texted his confession to an officer, for example, or this trio of teenage hunters from Montana. The boys illegally killed a mountain lion in Yellowstone National Park last year and were caught after sharing photos of their kill on social media.

As reported by the Jackson Hole News and Guide, the juvenile hunters had not only shared the photos on one single platform but on multiple platforms including Facebook, Instagram, and Snapchat.

It consequently didn’t take long before other hunters online caught on to their scheme and were reported to the state’s gaming authorities. The scenery behind the boys in the photos easily gave the location of their kill away to experienced eyes, and all three hunters — Austin Peterson, 20, Trey Junhke, 20, and Corbin Simmons, 19 — were brought in for questioning.

Jackson Hole News and Guide obtained a copy of the interview transcripts between detectives and the trio through a Freedom of Information Act request.

“You know, we ended up getting a lot of this information from a guy in Bozeman off of Facebook,” Yellowstone special agent Jake Olson said according to the transcripts, “’cause you guys put a bunch of stuff on social media.”

According to the report, the group killed the mountain lion on Dec. 12, 2018. While having the animal checked at Montana’s Fish, Wildlife, and Parks office in Bozeman, Simmons put down a false hunting district that was within Park County. This location was two-and-a-half miles north of where the lion was really killed in Yellowstone National Park, which under the Lacey Act of 1894 prohibits hunting within its boundaries.

Agent Olson and Ranger Brian Helms visited the likely site of the killing based on the photographs and determined that the real location of where the mountain lion had been killed was indeed well within the park’s boundaries.

When Peterson, Junhke, and Simmons were questioned separately about the suspicious killing, they had a difficult time keeping their stories straight.

They confused details about boundary posts, who the triggerman was, and what color Peterson’s GPS screen displayed when it allegedly malfunctioned between white, black, and “purplish black.” They also contradicted each other over where they killed the lion. But eventually, the true story of the mountain lion’s unfortunate and illegal demise came out. 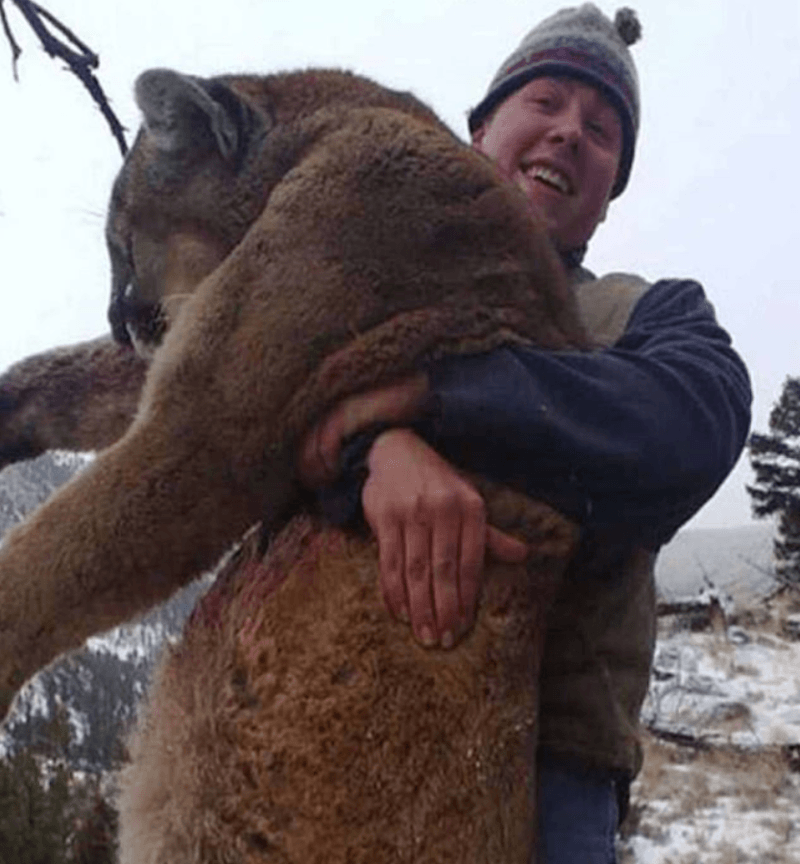 US Department of InteriorCorbin Simmons had put down a false location of where the mountain lion was killed after registering his kill with the gaming office.

There, the mountain lion took its first hit in the chest from a Glock .45-caliber pistol. The animal tried to escape but it was hit again. The mountain lion managed to run 80 yards before it was shot and killed underneath a rock.

Officials concluded that all three hunters took shots at the animal which suffered a total eight gunshot wounds before dying in protected territory. Simmons claimed that he shot the lion three times and Peterson shot it two times before Simmons again finished the lion off with Juhnke’s pistol.

In the report, Juhnke claimed that the group had been confused about where the boundary line for the park was and didn’t realize that they had made an illegal kill until they looked at their location on the map. He also said that they thought about turning themselves into authorities.

Four months after their interrogation, a federal judge sentenced all three hunters to carry out the same punishments. Each young man was required to pay $1,666 in restitution and stripped of their hunting and fishing privileges for three years. They also must serve three years of unsupervised probation.

Next, read about the rare white wolf that was also killed in Yellowstone National Park. And then, learn the story of Mufasa, a rare white lion in South Africa that is in danger of being auctioned off to trophy hunters.