Does Ted Bundy’s Childhood Hold The Key To His Madness?

Ted Bundy's childhood was a troubled one. He never knew who his biological father was, though some rumors claimed that it was his own grandfather through incest. 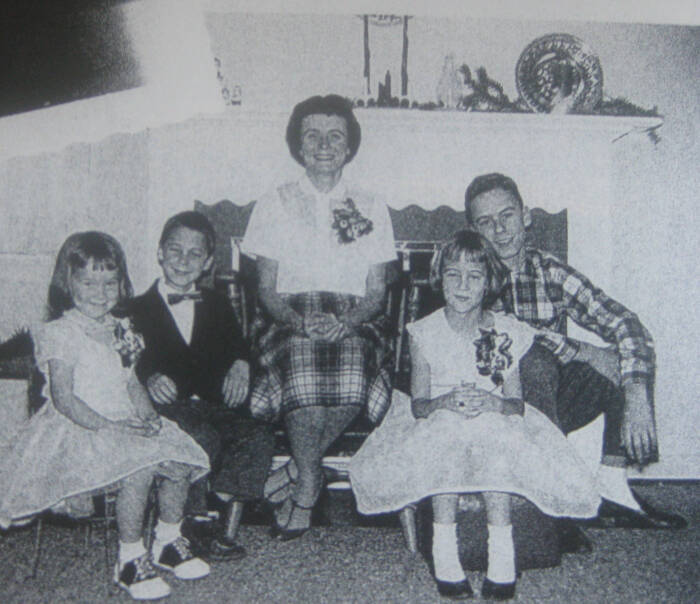 From the 1993 TIME/LIFE hardcover, True Crime-Serial KillersIn a photo from Ted Bundy’s childhood, Bundy, far right, sits with his mother and his three half-siblings in their family home in Tacoma.

While most of us can curb our childhood experiences and spin them into some semblance of productive adulthood, there are those who aren’t so lucky – and, indeed, those who don’t seem to care.

Take Ted Bundy’s childhood, for example. For the entirety of his childhood, Bundy was unaware that his sister was actually his mother. His maternal grandfather who at first raised him was racist, misogynistic, and altogether abusive. He spent his adolescence across the country, removed from all he’d known as a child, raised by a stepfather who he felt no connection to.

But was all this baggage really heavy enough to drag Ted Bundy into the depths of violent insanity — or was it something else?

Murderous adulthood aside, it’s important to note that Ted Bundy did not start life with the upper hand. In fact, it was a shock that he started life at all.

On Nov. 24, 1946, a 22-year-old girl gave birth at a center for unwed mothers in Burlington, Vermont. Her name was Eleanor Louise Cowell and she had no idea that the child she’d just given birth to would one day become an infamous monster. 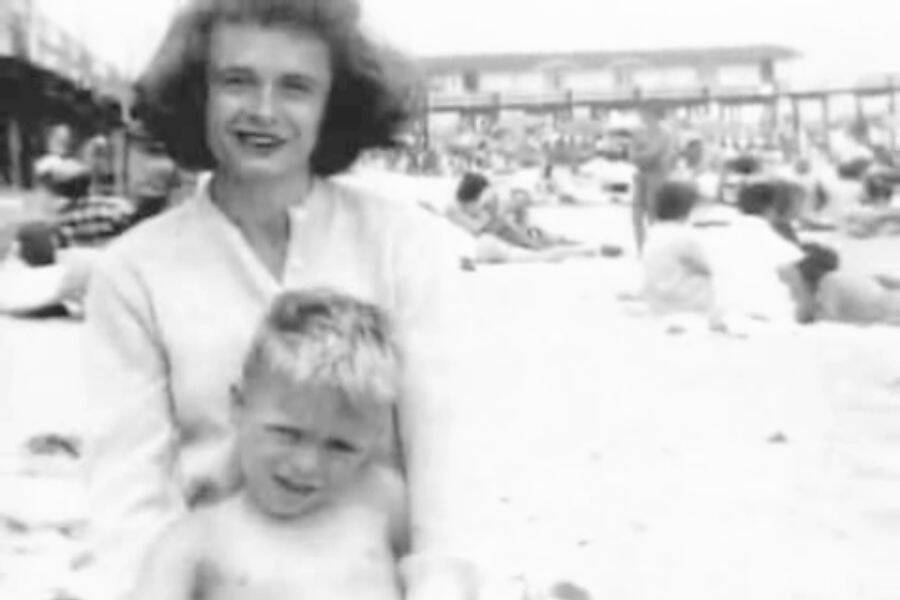 The issue of Bundy’s paternity would be debated for most of his life without clarification. By some accounts, his birth certificate read “Unknown” in place of his father’s name, but by others, an airforce veteran or a sailor could have been his true father.

In a case of truly horrifying irony, it is also said that Bundy, who would later become known for his sexual violence, was the product of his own grandfather and his mother. According to Anne Rule in her book The Stranger Beside Me, Samuel Cowell may have raped his daughter, Louise Cowell, to produce Bundy. However, this has never been corroborated through DNA evidence.

Regardless, in order to avoid the stigma of raising a bastard child with no father, Cowell returned home to her parents’ house in Philadelphia and surrendered her child to them.

For at least the first three years of his life, Ted Bundy would grow up believing that his mother was his sister, and his grandparents were his mother and father. By some accounts, Bundy did not learn his true parentage until 1969, not too long before his killing spree began. 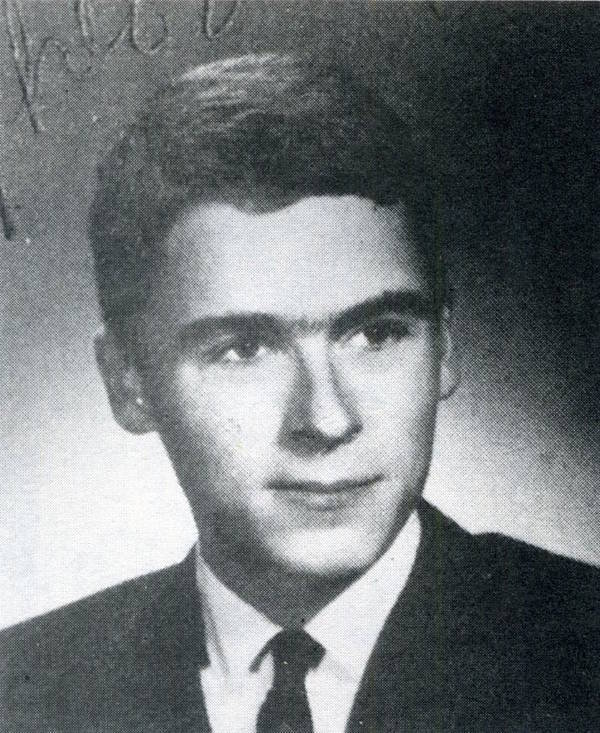 Wikimedia CommonsBundy as a senior in high school.

According to Cowell, Ted Bundy’s childhood with her parents was no picnic. Bundy, however, felt differently. While Cowell noted that her father, Samuel, was abusive, sexist, and more than a little bit racist, Bundy would recall admiring and respecting the man, believing him to be a prime example of a man and the head of the household. He later described to biographer Ann Rule how he “clung to” his grandfather, and “identified with” and “respected” him.

Psychiatrist Dr. Dorothy Otnow Lewis, who examined Bundy during his trial in a last-minute attempt to save him from execution, claimed that there were signs in Ted Bundy’s childhood that pointed toward his psychotic adulthood.

While interviewing Bundy’s family members, Otnow heard from a cousin that a preschool-aged Bundy would often sneak away into the greenhouse where his grandfather kept his pornography collection and read adult magazines for hours on end. Later in life, Bundy would admit that it was pornography that fueled his violent fantasies. 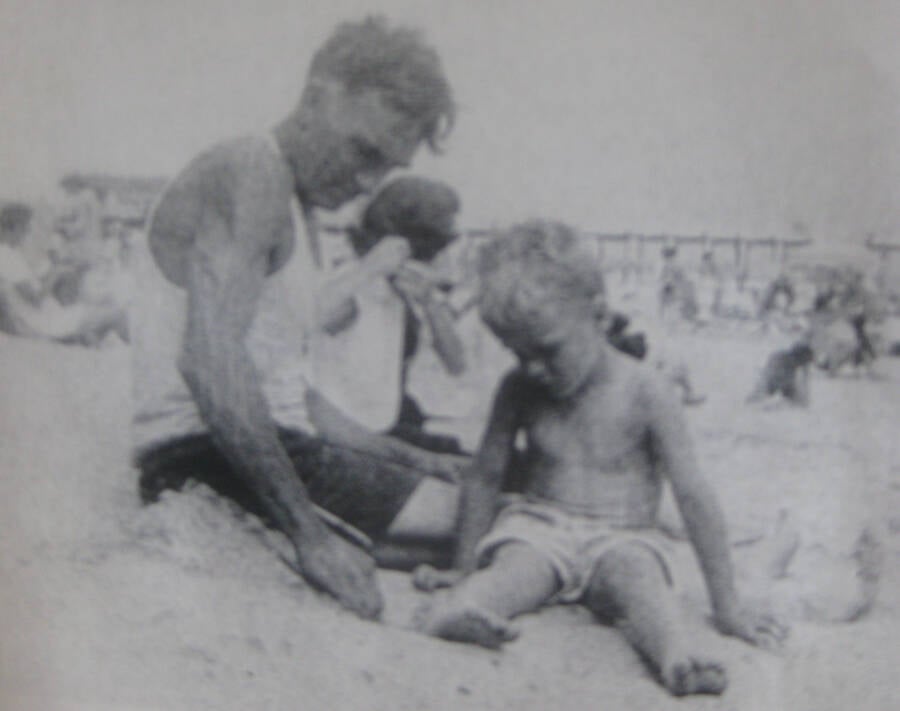 From the 1993 TIME/LIFE hardcover, True Crime-Serial KillersBundy and his grandfather, who he believed to be his father at the time.

Otnow surmised from these facts that Bundy’s grandmother, who had been prone to fits of depression and was often hospitalized for electromagnetic shock therapy, had some hand in his mental health. Her afflictions including depression, agoraphobia, and more, likely indicated that Bundy had a predisposition to mental health problems on a biological level.

In short, nothing in Ted Bundy’s childhood set him up for normal adulthood.

As Louise Cowell’s family and friends in Philadelphia became increasingly concerned about the well-being of her and her son, she eventually decided that the only way to protect him from her father was to leave.

In 1949, Louise Cowell moved with her son to Tacoma, Washington, to live with a cousin of hers. While in Tacoma, Cowell met and fell in love with Johnny Bundy, a local hospital cook. To her delight, Johnny Bundy was the opposite of Samuel Cowell, a doting, loving man who welcomed the young unwed mother and her son into his life.

After marrying, Johnny even went so far as to formally adopt young Ted officially making him Ted Bundy.

Ted Bundy, on the other hand, was not as open to the new man in his life. Throughout his time in Tacoma, Bundy refused to bond with his stepfather. Even when Cowell and her new husband had more children, Bundy continued to withdraw from the family and refused to partake in bonding events such as fishing and camping.

The refusal to mesh with his new family points to a lack of social skills and the beginnings of a severe mental health issue, Dr. Otnow posited. It wasn’t until later that Dr. Otnow hypothesized that Ted Bundy’s childhood in Tacoma was plagued by a bipolar mood disorder, a manic-depressive disorder that can produce random and sometimes violent mood swings.

Indeed, other psychologists and investigators who worked on Bundy’s case during his trial reported that he displayed signs of a mood disorder. At one point during the trial, an investigator reported a strange mood coming over Bundy that lasted for only 20 minutes but changed the man’s entire disposition. At the end of it, he seemed to have no recollection or recognition that anything was amiss, and continued on as usual.

Indeed, it seemed clear toward the end of his life that something more than evil was lurking behind his eyes. But was Ted Bundy’s childhood trauma really a rationalization for his crimes? After all, plenty of people have trying childhoods and grow up to lead perfectly ordinary, harmless lives. So what could have changed in Bundy?

More Than A Trouble Child

Ted Bundy’s childhood may have been filled with troubles, but it was during his teenage years that his true deviances began to show.

By his late teens, Bundy had been caught peeping through windows and shoplifting. Around the same time, he fell in love with a young woman who didn’t return his advances. Being slighted by the girl didn’t sit well with Bundy and he became reclusive, bitter, and set on revenge.

In order to exact his revenge, Bundy got involved with the political campaign of would be lieutenant governor of Washington state, which unfortunately wasn’t successful. On the heels of his failed political career, he attempted once again to redeem himself by pursuing a law degree at Philadelphia’s Temple University.

He dropped out before receiving his degree. 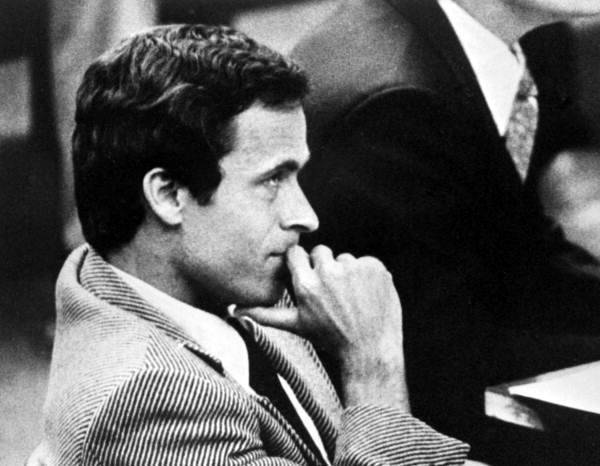 At some point in his early or late adolescence — accounts vary — Bundy found out about his parentage when he discovered his birth certificate.

The fact that he was never quite able to exact revenge on his first love and his anger and frustration over his childhood stayed with him throughout his life and indeed, it is believed, in part fueled his crimes. From 1974 or 1973 to 1978, Bundy is believed to have raped, tortured, and killed 30 women, crimes to which he openly confessed, and for which he was sentenced to death.

It was his own girlfriend at the time, Elizabeth Kloepfer, who first brought him to the police’s attention.

Not that his time on death-row stopped Bundy from living. He married an ex-coworker named Carole Ann Boone, with whom he had a child named Rose Bundy not long before he was ultimately executed by electric chair.

Since his arrest in 1978, the issue of whether or not Ted Bundy’s childhood had significant bearing on his tumultuous adulthood has been called into question. Various psychologists believe that Ted Bundy was not born a killer but made one by the early childhood circumstances that he had to endure. 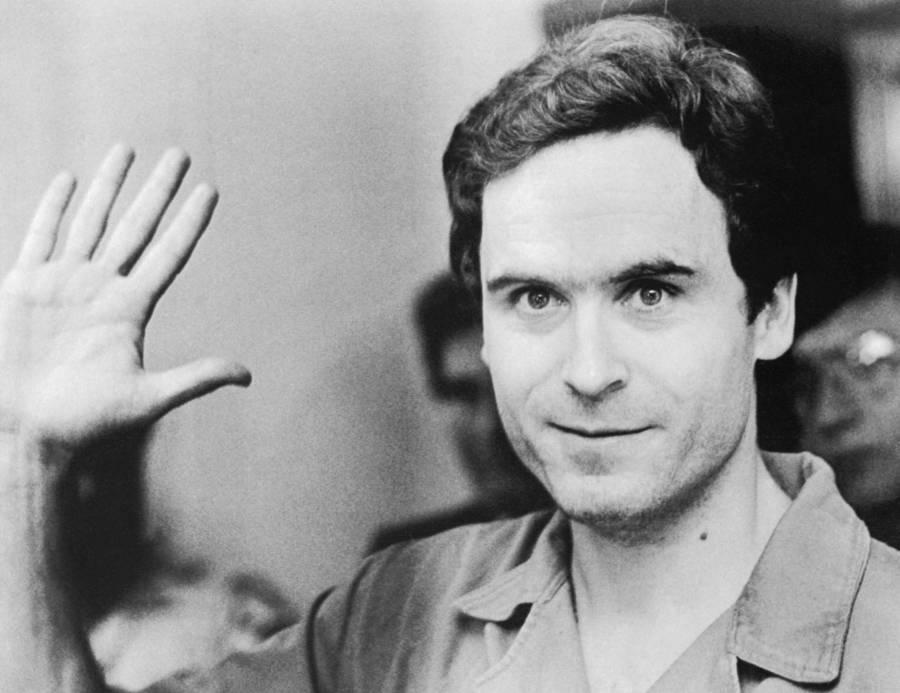 Bundy shortly before his execution in January 1989.

Others believe that he was genetically predisposed to mental illness and therefore could have very likely been born a killer. He could have simply waited until adulthood to act on the feelings that were always deep inside of him.

Whichever theory is true, the world may never know. One thing, however, is certain; Ted Bundy was indeed one of the worst criminals the country had ever seen – but how much of his actions could be blamed on his past? Even if we could know for certain how his Ted Bundy’s childhood instigated his crimes, is there any way it could ever justify what he did?

After learning about Ted Bundy’s childhood, read the full story of Ted Bundy’s life and crimes in gory detail. Then for more macabre, check out the history behind the Manson Family and see where they all are now.