The world's fastest human could have run circles around history's most feared predator. 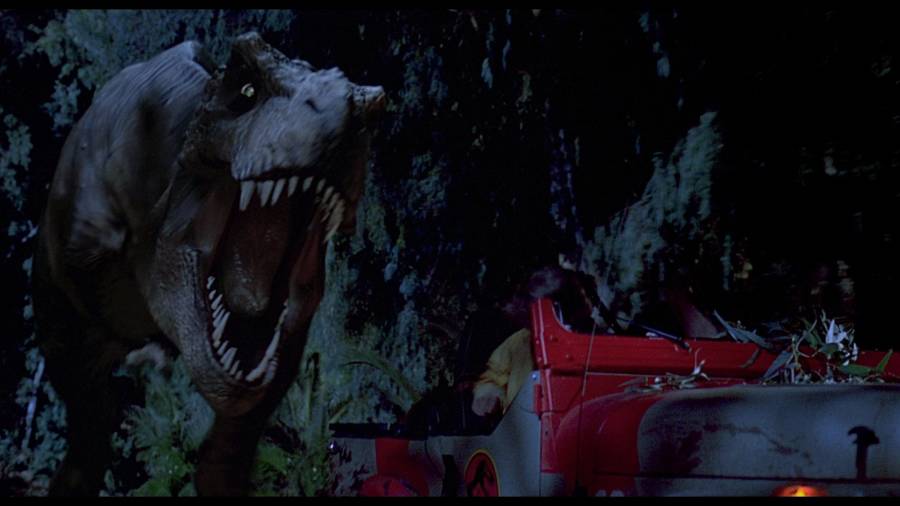 The T. rex has earned a legacy as one of the most formidable predators in history.

With a bite force equal to getting smashed by three cars, none of us ever envied the people in the Jurassic Park jeeps.

Now, though, a cutting-edge study shows that the ruler of the dinosaur kingdom confined his cardio to a brisk walk.

“No way T. rex could have chased down that Jeep in Jurassic Park if it was going at highway speeds,” Stephen Brusatte, a paleontologist at the University of Edinburgh who was not involved in the study, told National Geographic. “Maybe if it was in first gear, but even that’s a big if.”

The study, published this week in PeerJ Journal, found that the most famous species of dino could reach about 12 miles per hour at its fastest.

Previous estimates clocked the T. rex in at anywhere between 11 and 33 miles per hour.

For context, Usain Bolt (the fastest human in the world) can run faster than 27 miles per hour — meaning he could have run laps around the small-armed giant.

Most humans run between 10 and 15 miles per hour, so we could also fairly easily outpace the T. rex. And if the 40-foot-long dinosaur tried too hard to catch up (going 13 miles per hour, say) paleontologist William Sellers says the creature’s bones would have shattered.

Previous studies, Sellers explained, had been conducted under the assumption that T. rex’s muscles would be the only thing holding back her cardio capabilities.

“This study uses the assumption that at maximum speed, the muscles weren’t the limiting factor,” Williams said. “At the previously proposed top speed, T. rex would have shattered foot bones, according to this model.”

But, some might say, the omniscient powers that be in Hollywood told us that these things are deadly:

Apparently, though, paleontologists have known for awhile that their subjects were being inaccurately portrayed to the masses.

“The movie image of T. rex is wrong,” Brusatte said. “Paleontologists have realized this for over a decade now, and this new study drives it home by providing the most sophisticated computer modeling studies yet.”

“It has to be fast or else it won’t be cool,” Hutchinson admitted.

Next, read about the dinosaur mummy recently found with skin and guts intact. Then, check out this new dinosaur that looked like a chicken.