The circumstances surrounding death of 70-year-old Il Hun Ro of Los Angeles are unknown, but Yellowstone officials do not suspect foul play. 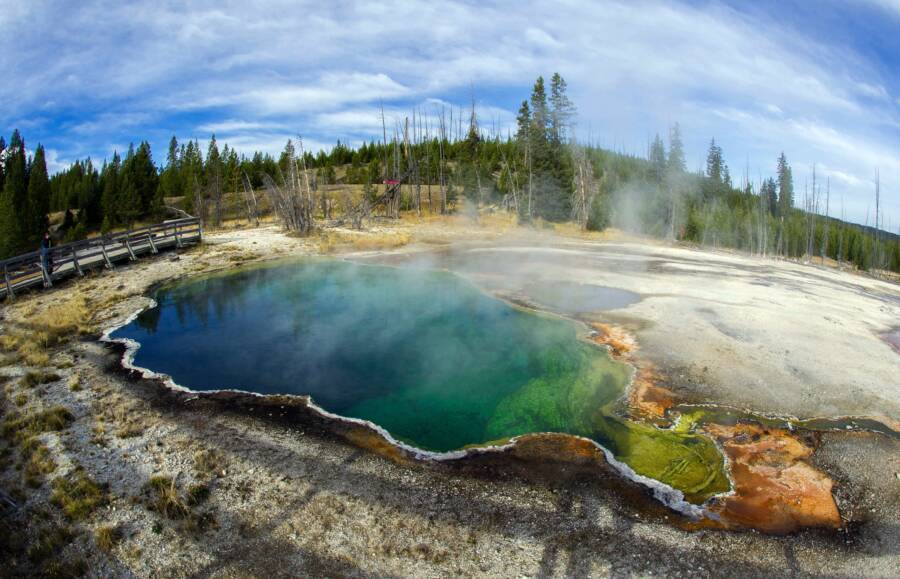 KAREN BLEIER/AFP via Getty ImagesYellowstone workers found the foot floating in the Abyss Pool, which reaches temperature of about 140 degrees Fahrenheit.

In August 2022, workers at Yellowstone National Park made a gruesome find in a thermal pool — a human foot inside a shoe. Now, they’ve identified the person to whom the foot belonged: a 70-year-old man from Los Angeles named Il Hun Ro.

Officials at Yellowstone aren’t sure exactly what happened to Ro, only that he somehow fell into the pool and died.

“The investigation determined, to the best of our knowledge, that an unwitnessed incident involving one individual happened on the morning of July 31, 2022, at Abyss Pool, and no foul play occurred,” Yellowstone National Park explained in a press release. “Based on a lack of evidence, the circumstances surrounding the death of Ro remain unknown.”

They further explained that Ro was identified through DNA analysis. His family has since been notified of his demise.

A separate Yellowstone press release from August 2022 further explained that a Yellowstone employee first discovered Ro’s foot, floating in a shoe, at Abyss Pool in the West Thumb Geyser Basin, on August 16. 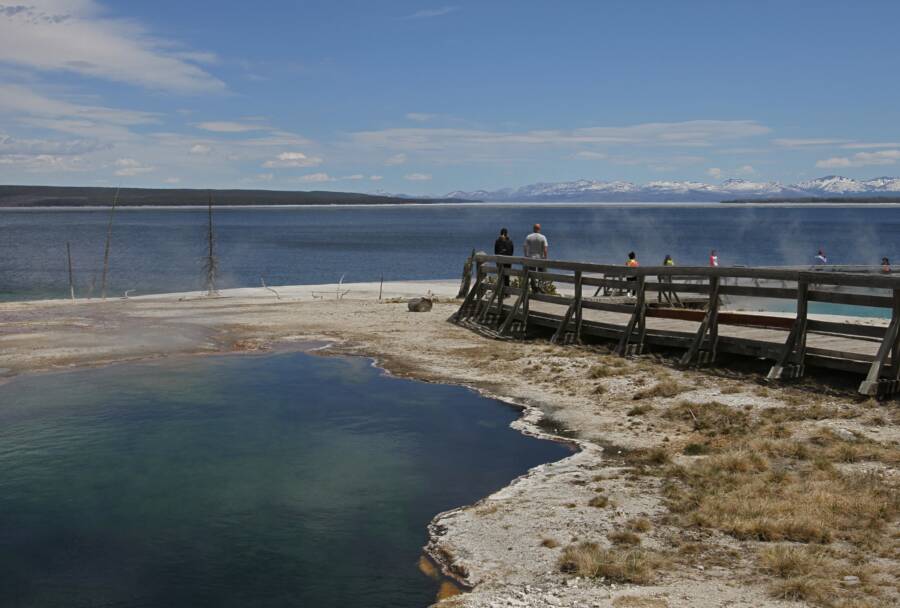 Smith Collection/Gado/Getty ImagesTourists standing on a boardwalk at the edge of the Abyss Pool.

Abyss Pool, with depths of more than 50 feet, is one of Yellowstone’s deepest hot springs. The Yellowstone press release advised that it could reach scalding temperatures of up to 140 degrees Fahrenheit.

“Visitors are reminded to stay on boardwalks and trails in thermal areas and exercise extreme caution around thermal features,” the press release warned. “The ground in hydrothermal areas is fragile and thin, and there is scalding water just below the surface.”

Indeed, Ro is hardly the first person to die in the Yellowstone thermal pools. The park claims more than 20 people have perished in the pools since Yellowstone opened in 1872.

“The National Park Service publishes warnings, posts signs and maintains boardwalks where people can walk to get close to popular geyser fields,” Yellowstone National Park explained on their site.

“Yet every year, rangers rescue one or two visitors, frequently small children, who fall from boardwalks or wander off designated paths and punch their feet through thin earthen crust into boiling water.” 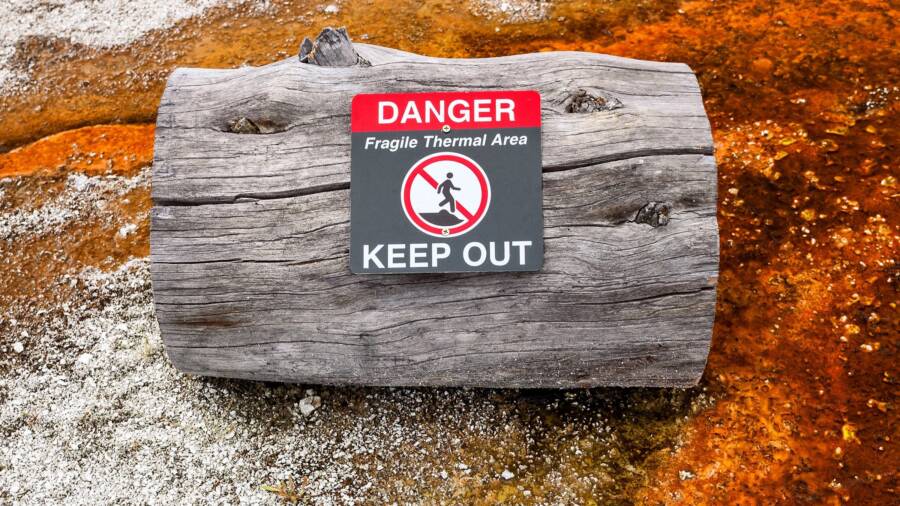 According to the Yellowstone website, the first fatality recorded at a Yellowstone thermal pool happened in 1890, when a seven-year-old boy from Livingston, Montana, slipped in the pools and died.

Since then, victims of Yellowstone’s thermal pools have included “seven young children who slipped away from parents, teenagers who fell through thin surface crust, fishermen who inadvertently stepped into hot springs near Yellowstone Lake and park concession employees who illegally took ‘hot pot’ swims in thermal pools,” the site explains.

There have also been a number of thermal pool deaths in recent decades. In 1981, 24-year-old David Allen Kirwin died of third-degree burns after leaping into a 202-degree pool to rescue a friend’s dog. In 2000, 20-year-old Sara Hulphers, a park concession employee, mistook ten-foot-deep boiling waters for a small spring and died after she jumped in.

Even more recently, in 2016, 23-year-old Colin Scott died after he and his sister illegally wandered off the boardwalk, and he fell into hot springs near Porkchop Geyser. In 2021, a woman also suffered burns while rescuing her dog from Maiden’s Grave Spring but survived (her dog, sadly, did not).

“Geothermal attractions are one of the most dangerous natural features in Yellowstone, but I don’t sense that awareness in either visitors or employees,” Hank Heasler, the park’s principal geologist, noted on Yellowstone’s website.

The investigation into Ro’s death is still ongoing. Yellowstone spokesperson Morgan Warthin advised that a full report covering the circumstances of his death would be released shortly.

After reading about the identification of the foot found in a Yellowstone thermal pool, see how a man got banned from Yellowstone for trying to fry chicken in the park’s hot springs. Or, discover the story of the woman who was gored by a bison at Yellowstone after she got too close.