When park rangers arrived on the scene, they found 10 people luxuriating in a restricted area — and two whole chickens boiling in a nearby hot spring. 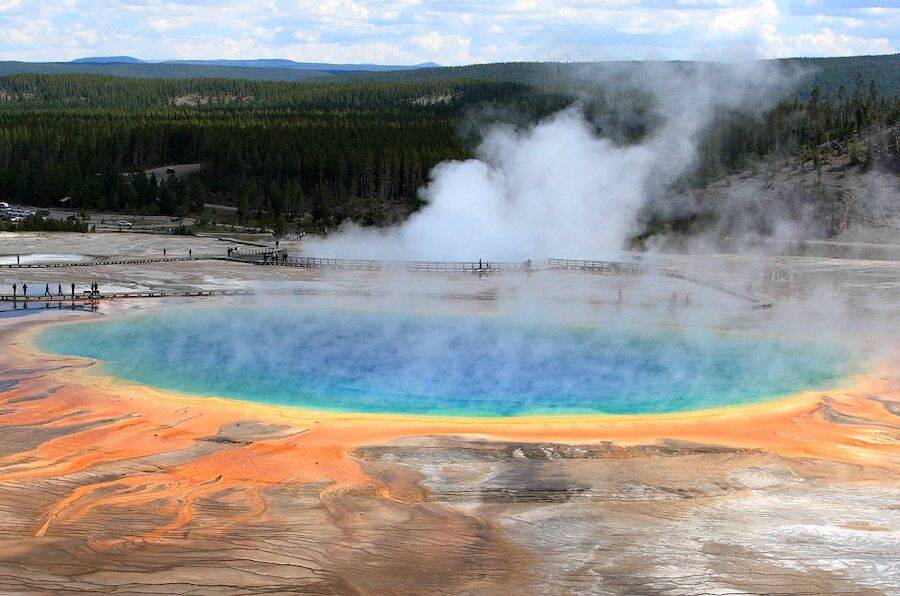 Wikimedia CommonsThe man was apprehended while submerging two chickens in a Yellowstone hot spring like the one pictured here.

From dumping waste to endangering wild animals, there are innumerable ways for one to get banned from a National Park. Most recently, however, an Idaho man was kicked out of Yellowstone National Park for attempting to fry chickens in a hot spring.

According to Insider, the Idaho Falls resident, who has yet to be publicly named, was discovered on August 7 with cooking pots and two whole chickens in tow in the Shoshone Geyser Basin region. Traversing the park’s thermal areas is forbidden — as is submerging two whole chickens in a burlap sack into a hot spring. 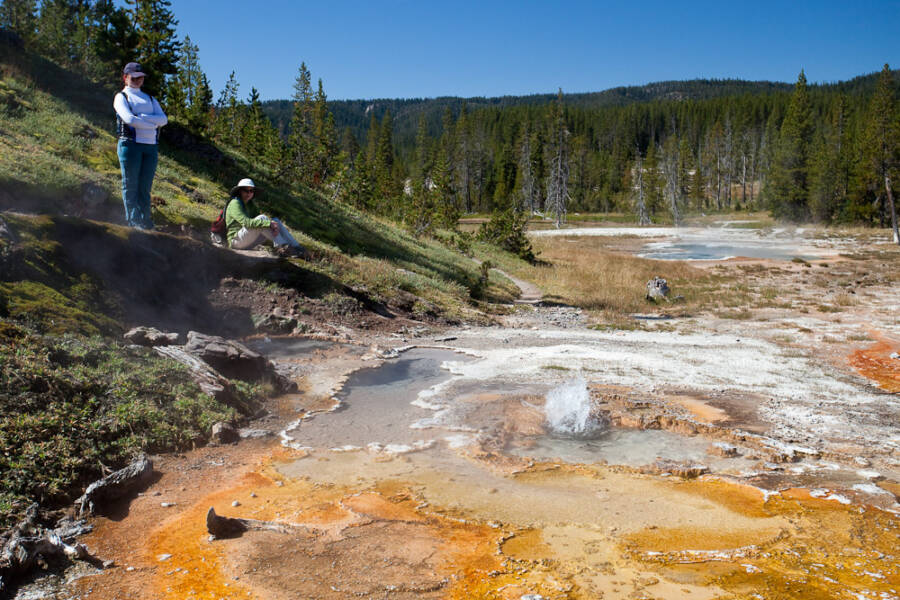 Wikimedia CommonsThe Shoshone Geyser Basin region that the man and nine others were spotted in.

Three months ago, park authorities were alerted to a large group of people hiking to the prohibited thermal area with cooking tools. Park rangers then set out to find these bold visitors and were shocked to discover nine adults and a child luxuriating by a hot spring, in which two chickens were boiling.

According to The New York Post, the man has since been blacklisted by Yellowstone authorities and is prohibited from entering the park for the next two years. He was also ordered to pay a $1,200 fine for violating the park’s closures and use limits.

Though the sight was surely strange, this stunt isn’t even unprecedented.

In 2001, a Seattle television host was caught digging an impromptu barbecue pit in the park’s thermal area. While his aim was to entertain and explain how natural heat could cook a chicken, this kind of recreational activity is expressly forbidden in the park.

According to East Idaho News, the show was fined $150 for disturbing the park’s mineral deposits. Doing so can lead to unnatural formations of hydrothermal pools, and result in potentially snowballing consequences that are easily avoided.

There have also been more recent incidents that resulted in actual tragedy. It was only a month ago that a three-year-old child left Yellowstone terribly burned. It had tragically fallen into scalding water at one of the hot springs — and fortunately survived with second-degree burns. 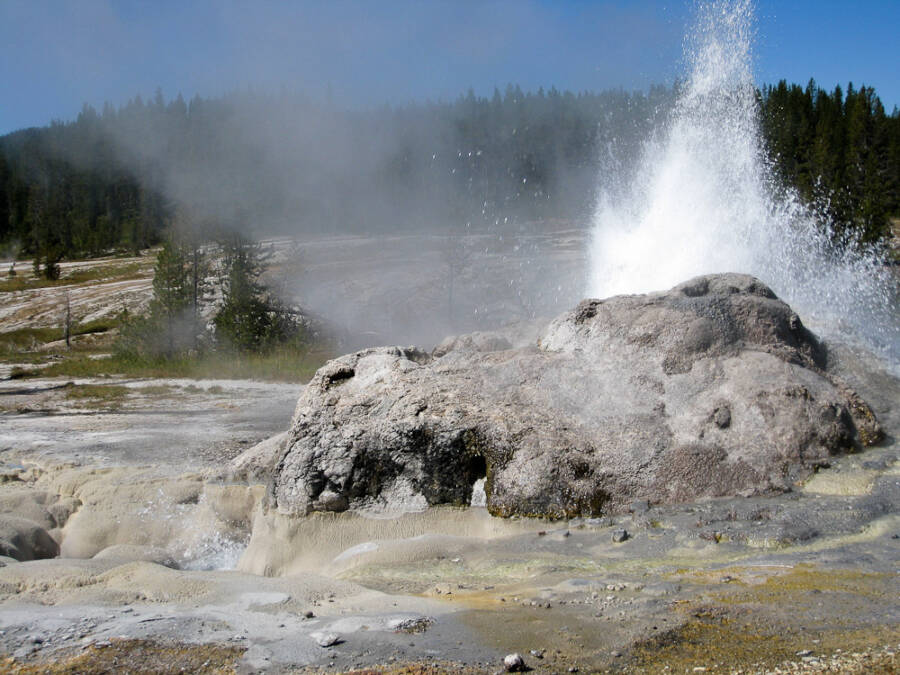 An Oregon tourist visiting Yellowstone National Park in 2016, however, wasn’t as lucky. Colin Scott was only 23 years old when he tumbled headfirst into a blistering hot spring. To clarify just how vicious the temperatures in such a thermal feature really are, officials never found any of Scott’s remains — save for his flip-flops. Ultimately, rescuers at the Norris Geyser Basin were forced to call the futile mission off just one day after Scott died.

Yellowstone National Park is adamant about its regulations, which forbid placing objects — and humans — in hot springs. Straying off the designated trails and into hydrothermal areas, too, is absolutely prohibited. This is in part for the public’s own benefit, as these waters reach an average temperature of 143 degrees Fahrenheit.

Though this temperature is somewhat mild relative to how hot geyser water can get, it is still capable of inducing fatal third-degree burns. Furthermore, these waters are often hidden under thin layers of dirt near the geyser’s vent, making for a precarious path for untrained eyes. The rules are also in place to conserve and protect the volatile environment.

Human interaction has purportedly led to the spread of disease to Yellowstone’s wildlife in the past. Even casual littering has led to animals ingesting the trash, while the seemingly innocuous use of cars in the park detrimentally affects air quality.

In other words, following the most basic rules in Yellowstone, like cleaning up after yourself, not disturbing the animals, and staying within designated areas, is the very least any tourist can do while visiting.

As for the chicken-obsessed troublemaker, he pleaded guilty to the charges levied against him in a Mammoth Hot Springs court on September 10. As for the other ne’er-do-wells in his group, the status of their cases remains unclear.