A camel at Shirley Farms, a petting zoo in Tennessee, escaped its enclosure and attacked multiple people before police arrived on the scene. 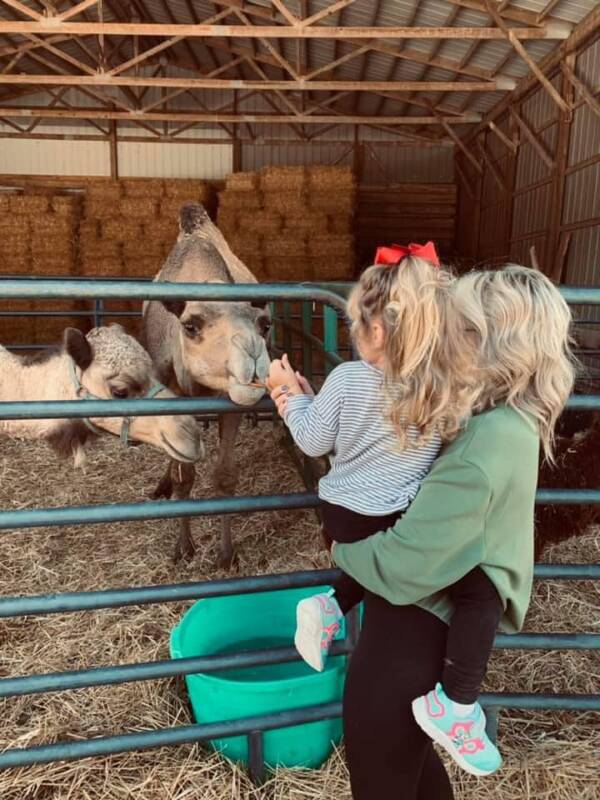 The Pumpkin Barn LLC/FacebookPeople interacting with camels at Shirley Farms in 2017.

On March 10, 2022, the Obion County Sheriff’s Office received an unusual call. A camel, the caller said, had “viciously attacked” two people near Shirley Farms, a petting zoo about one hundred miles north of Memphis, Tennessee.

Multiple law enforcement agencies arrived on the scene shortly after the 5:44 p.m. call — and found the camel’s rampage still in progress.

“Deputies arrived on scene to find two unconscious victims on the ground at Shirley Farms and a camel still on the loose,” the Obion County Sheriff’s Office reported.

But as law enforcement officials tried to render aid to the victims, the camel turned its ire onto them. It “attacked an Obion County Sheriff’s Office vehicle,” the Obion Sheriff’s Office explained, before charging “towards deputies who were attempting to move a victim to EMS.”

At that point, “officers had to put the camel down for the safety of everyone on scene.”

Sadly, the camel’s two victims — Bobby Matheny, 42, of Ridgely, Tennessee, and Tommy Gunn, 67, of Obion, Tennessee — succumbed to their injuries. According to a family member, the men had been trying to help capture the camel when it attacked and began stomping them. 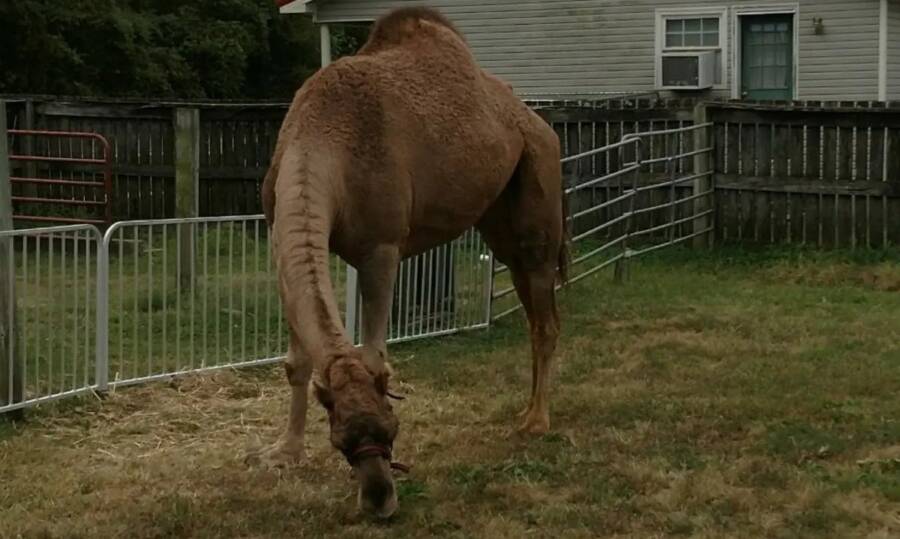 The Pumpkin Barn, LLCA camel at Shirley Farms. It’s unclear if this is the camel that fatally attacked two men.

They added: “There is a barrier present between the public and the non-human primates but not for any of the other species present including a zebra, camels, llamas, alpacas, goats, sheep, pigs, fallow deer, kangaroo, zebu, rabbits, cavy, and prairie dogs…”

“To prevent injury to the public and the animals and to ensure proper human-animal interactions [and] feeding, an attendant must be present”

A 2021 report also made note that the farm had at least one dromedary camel, a type of camel that has a shoulder height of at least six feet and typically weighs around 1,100 pounds. 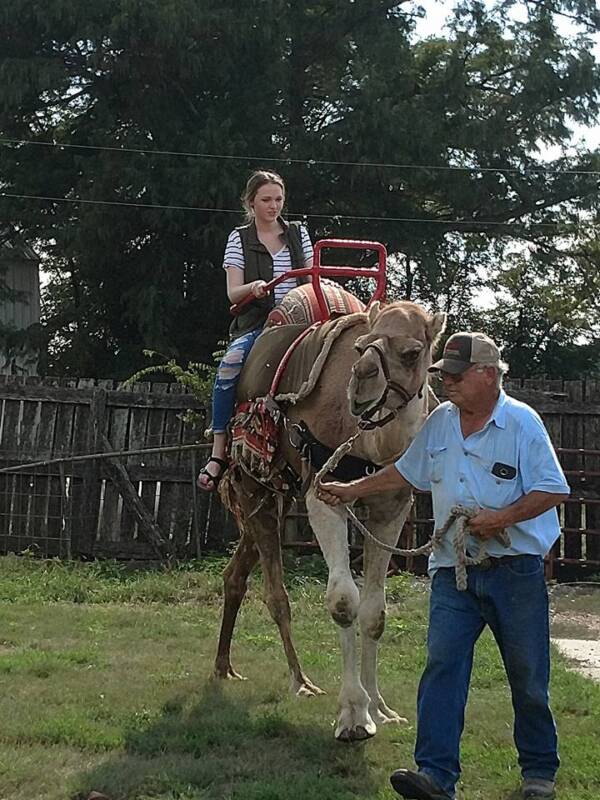 The Pumpkin Barn LLC/FacebookCamel rides offered at Shirley Farms in 2017.

It’s not known if Shirley Farms corrected these issues. And it’s unclear why exactly the camel became violent in the first place. Bernard Faye, a retired camel scientist in France and chairman of the International Society of Camelid Research and Development, noted that female camels usually only become aggressive to protect their young. Male camels, on the other hand, are more aggressive during rutting season, which lasts from November to March.

“Sometimes they are completely crazy,” he said. “Usually, if the male is correctly managed, there is no problem.”

A camel expert also told NewsChannel5 Network that “A full-grown [camel] can fit your head, arm, leg, or torso in its mouth. They have enough strength to crush arms and legs along with your neck while kicking forward and backwards… Camels will do a combination of all those things while kneeling forward to crush you.”

Indeed, though camel attacks are rare, they do happen. The National Library of Medicine noted, “Those working with camels should be aware that the size, strength, and temperament of these animals may make them dangerous.”

The animals, the institution added, have been known to kick, stomp, kneel, or sit on humans. They’ve also been known to bite, shake, or throw them.

Shirley Farms stated that they were grieving in the wake of the attack and had no comment on the bizarre tragedy.

After reading about the Tennessee camel attack, learn about the camel that bit off its owner’s head after being tied up in the heat all day. Or, discover the story of the alcoholic monkey that bit 250 people and killed one in India.