The Mysterious Case Of Phoebe Handsjuk, The 24-Year-Old Found Dead At The Bottom Of A Trash Chute

Investigators claimed that Phoebe Handsjuk climbed into the trash chute of her boyfriend’s luxury Melbourne apartment in a sleepwalking state — but her family suspects foul play. 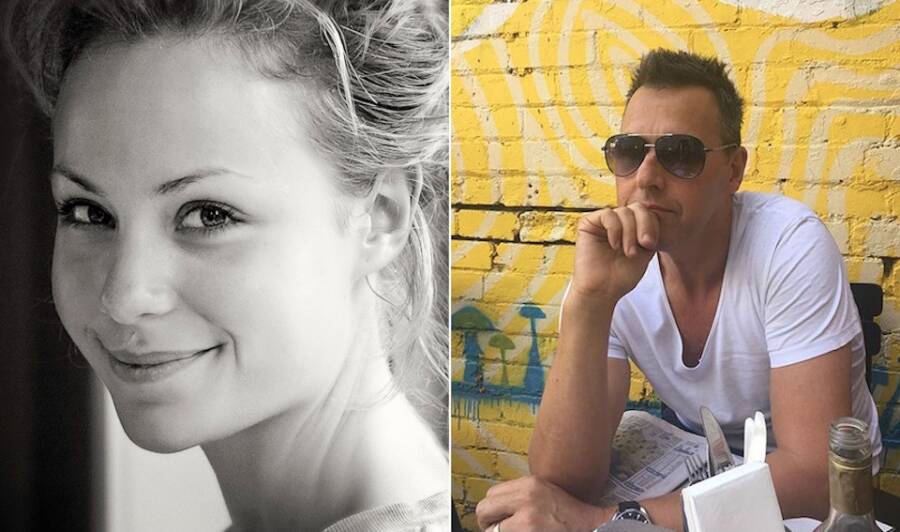 An avid climber and martial artist, 24-year-old Phoebe Handsjuk brightened every room. Tragically on Dec. 2, 2010, however, her life was cut short in one of the most bizarre incidents in Australian history.

Drunk and on sleeping pills, Handsjuk reportedly climbed into the trash chute of her boyfriend’s apartment building — and fell to her death.

Melbourne police officers found her body in the refuse room 12 stories below, where Handsjuk had fallen feet first into the garbage compactor and nearly severed her foot upon impact. While police suspected suicide, the coroner ruled Phoebe Handsjuk’s death a “freak accident.”

But others remain unconvinced. Indeed, independent experts found it “virtually impossible” for Handsjuk to have entered the chute alone — and Handsjuk’s grieving mother is convinced someone “put her in there.”

Amateur sleuths have since pointed to Handsjuk’s lover, 40-year-old Antony Hampel. The rich son of a Supreme Court Judge, he was never officially charged or suspected, despite being described as controlling.

Meanwhile, somebody erased every email Handsjuk had ever sent — and stole one of her cellphones.

Born on May 9, 1986, in Melbourne, Australia, Phoebe Handsjuk was drawn to the great outdoors since her childhood. She was an older sister to two brothers, Tom and Nikolai. Her father Len was a psychiatrist, and they altogether formed a happy family in the Richmond suburbs. 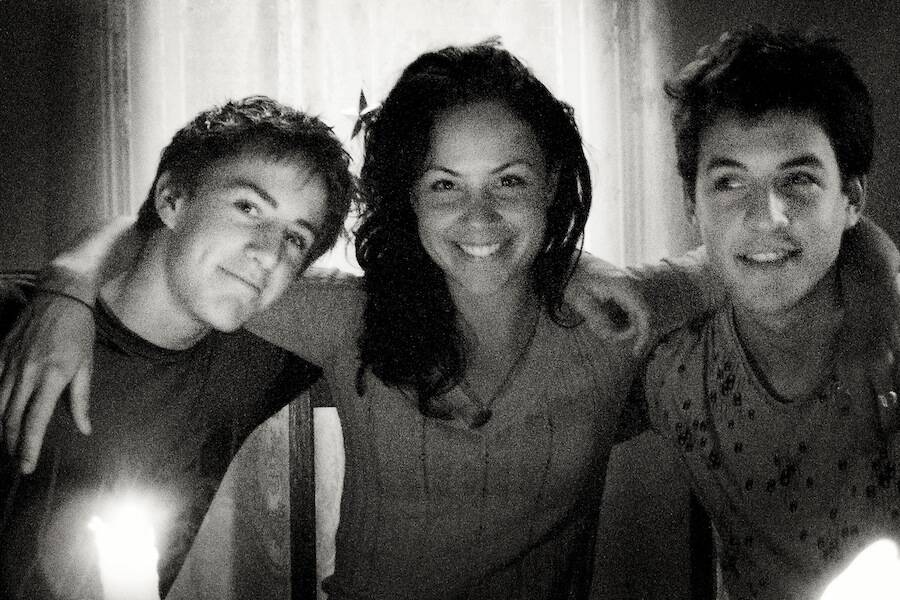 At 15, however, Handsjuk began drinking and experimenting with drugs. She even ran off and lived with an ex-convict and his child for eight weeks. Returning home, she was prescribed antidepressants before starting a relationship with a local teacher twice her age.

When she was 23, Handsjuk worked reception at the Linley Godfrey hair salon in South Yarra. Around this time she met 39-year-old Antony Hampel, who was one of her clients. A handsome events promoter, his father was Supreme Court Judge George Hampel and stepmother County Court Judge Felicity Hampel.

While her boss Linley Godfrey thought, “Phoebe was just going to shag him and flick him,” she wound up dating Hampel for five months and moved into his Balancea Apartment on St. Kilda Road in October 2009.

Over the next 14 months, Handsjuk began to drink heavily and told her psychiatrist Joanna Young that Hampel was verbally abusive. She left him four times in the six weeks before her death. According to Godfrey, Hampel always managed to lure her back.

Tragically, her fourth return would be her last.

Her Baffling Death In The Trash Chute

On the day of her death, Dec. 2, 2010, Handsjuk and her father Len made plans to meet Hampel for dinner. In the meantime, Handsjuk was hanging around the apartment she shared with Hampel. She was captured on CCTV footage leaving the apartment at 11:44 a.m. following a fire alarm to walk her dog outside before returning to the 12th-floor residence.

From here, only Hampel has been able to explain what happened. 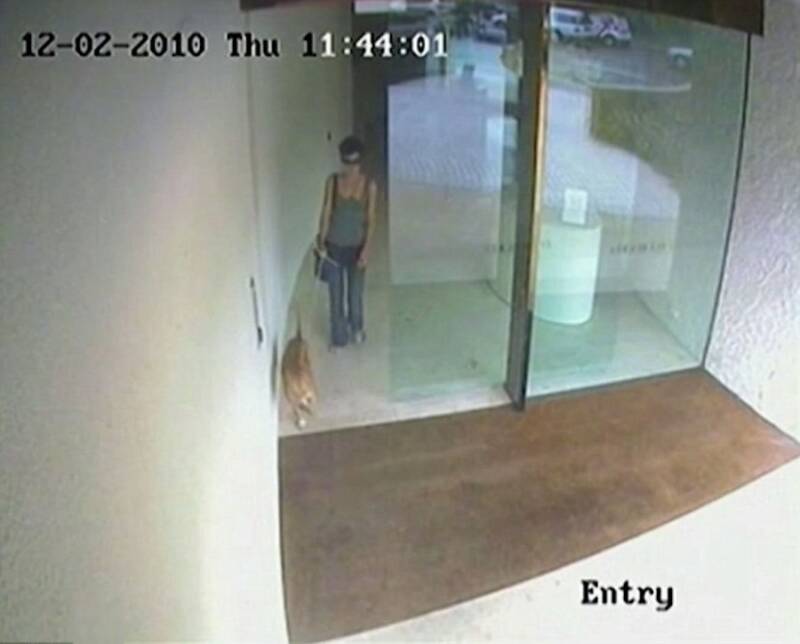 60 Minutes/YouTubeHandsjuk and her dog as captured by CCTV footage before her death.

Hampel claimed to have arrived home shortly after 6 p.m. and was met by shards of broken glass and blood spattered across the keyboard and computer — and Handsjuk was nowhere to be found. Yet her purse, wallet, and keys sat on the kitchen counter.

There were also two used wine glasses on the table that would never be dusted for prints.

But by the time investigators found her in a pool of her own blood next to a trolley bin in the ground floor refuse room, she had long been dead with a blood-alcohol level of 0.16 in her system — more than three times the legal limit — and one or two sleeping pills of Stillnox, a prescription sedative formally known as zolpidem.

Authorities concluded that Handsjuk entered the chute between 12:03 and 7 p.m. The chute was narrow and measured 14.5 by 8.6 inches. While it certainly allowed for someone her size to climb into, the coroner said she had fallen feet first with both hands by her side.

Police revealed that Handsjuk had initially survived her fall and bled to death in the dark after trying to crawl out of the garbage bin.

She had notable bruises on her arms which appeared unlikely to have stemmed from her vertical fall. While authorities concluded that she sleepwalked into the chute, not everyone believed it. 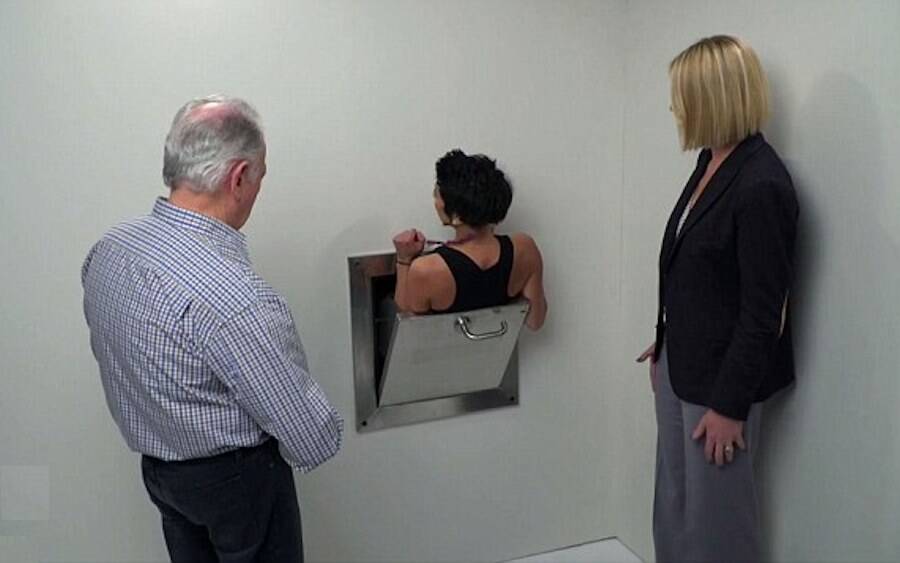 Handsjuk’s grandfather Lorne Campbell, a retired police detective, received the dreadful news on the phone at 10 p.m. the day she was found. Arriving at the scene, he was immediately convinced of only one thing.

“Right from the start,” he said, “I believed she had been murdered.”

After five days of leaving the CCTV footage and all of Handsjuk’s computers and devices behind, homicide detectives concluded there had been no foul play. They theorized that Handsjuk had cut her hand and climbed into the chute while trying to dispose of the broken glass.

“They just missed so much,” said Campbell. Indeed, he noted that in addition to the wine glasses, samples of large shoe prints leading from the apartment were ignored. He tried recreating the climb itself with a chute replica and Handsjuk’s friends as test subjects. Sober and athletic, they found it extremely difficult. Retired Victoria Police Detective Rowland Legg agreed.

“One of the major problems apart from the dimension is that the door comes up against your lower back and jams you in, so trying to maneuver yourself is then not helped by the fact there is nothing to grip onto,” said Legg. “And … whatever Phoebe had in her system at the time would have made it even more difficult.”

In 2013, a full inquest into Handsjuk’s death was held after her mother raised $50,000 to cover the proceedings. Hampel’s attorney objected to the notion that Handsjuk was murdered, with Coroner Peter White testifying that she sleepwalked into the chute herself.

While Campbell believes that his granddaughter’s death may have had something to do with the Melbourne drug trade, there’s insufficient evidence of this. Others are far more suspicious of Hampel himself, who ate and had a beer after noting broken glass and blood in his home.

Hampel went on to date 25-year-old model Baillee Schneider in 2018 — only for her to die with a gold cord wrapped around her neck mere hours after the two broke up. She was discovered at her family home in Moonee Ponds. Her death was ruled a suicide by asphyxiation, but her parents insist this is impossible.

Hampel, meanwhile, has since moved out of his apartment — and is happily married. But for the Handsjuks, moving on from their loss remains a lifelong struggle.

As Phoebe Handsjuk’s mother said, “Nothing will ever be the same for us.”

After learning about Phoebe Handsjuk, read about the baffling disappearance of the Beaumont children. Then, learn about the horrific murder of eight-year-old April Tinsley.