The Chilling Story Of Teresita Basa, The Woman Whose ‘Ghost’ May Have Solved Her Own Murder

Teresita Basa was an immigrant from the Philippines who was found mysteriously murdered in her Chicago apartment in 1977. But then, her “ghost” tipped detectives off to her killer's identity. 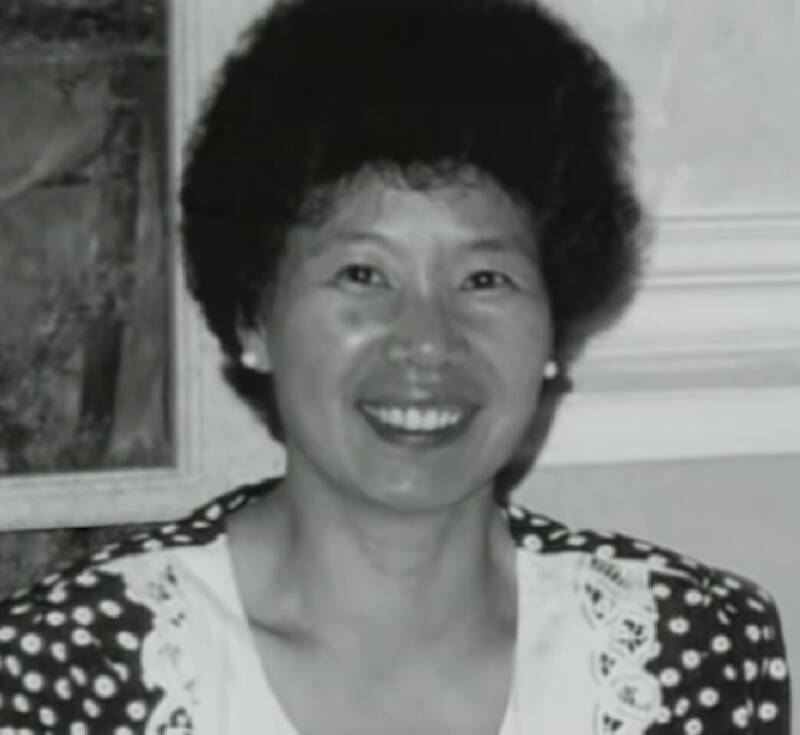 TwitterTeresita Basa was found dead in Chicago on February 21, 1977.

The brutal murder of Teresita Basa went unsolved for years. From the day she was killed in 1977, Chicago-area police were stumped by the crime that seemed to have no motive, no leads, and no chance of being solved. But five months after her murder, an unlikely ally came forward, claiming to have information about the young Filipina immigrant’s death.

Their information proved correct and valuable: Allan Showery, a co-worker of Basa’s, was ultimately tried and convicted for the crime. On the surface, the murder of Teresita Basa was largely unremarkable, though no less tragic for her friends and family. But what made this story remarkable was how Basa’s husband, and the family friend, came to find out about Showery’s guilt.

Born in 1929 in the Philippines, Teresita Basa came to the United States in the 1960s in the hopes of earning a better life. Initially coming to the States to study music, she ultimately became a respiratory therapist, where she worked at Edgewater Hospital. The facility, which was located just outside of Chicago, Illinois, once boasted Frank Sinatra as a patient and was the birthplace of serial killer John Wayne Gacy and Hillary Rodham Clinton.

Teresita Basa led a quiet and unassuming life. She was pursuing a master’s degree in music, and would frequently give out complimentary piano lessons to neighborhood children. She enjoyed a relatively sedate life with her husband, Joe, when she wasn’t working or studying for her master’s degree.

On Feb. 21, 1977, Ruth Loeb phoned Teresita, and they chatted for about 30 minutes. Loeb would later testify that Teresita was expecting a friend to come over, but she didn’t give any further details about who he was or the purpose of his visit.

An hour after Loeb last spoke to Teresita, the fire department was called to Teresita’s apartment after neighbors complained of smelling smoke in the area. Firefighters ultimately discovered Teresita Basa naked and buried under a mattress, with a knife protruding from her chest. Investigators ultimately determined that despite initial appearances, Teresita wasn’t the victim of a sexual assault, and there was no physical evidence to lead police to her potential murderer.

Teresita Basa’s Voice Calls Out From Beyond

For five months, police had no leads and no idea who could possibly want Teresita Basa dead. However, six months after she was murdered, the Washington Post reported that Dr. Jose C. Chua Jr., who was a co-worker of Basa’s, claimed his wife, Remibias, was having “visions” about Teresita’s murder.

“Doctor, I would like to ask for your help. The man who murdered me is still at large,” Dr. Chua claimed his wife said while she was “in a trance.” When he pressed his entranced wife further about her identity, he said, “I was really surprised and scared when I asked her name and she answered, ‘Ako ‘y (I am) Teresita Basa.’ But she told me I had nothing to be scared of. She was really pleading for me to help solve her murder.”

According to the book Teresita: A Voice From The Grave, Basa’s ghost pointed the finger at Allan Showery — a respiratory therapist who was also a co-worker of Teresita’s. And although Showery initially tried to get the case against him thrown out because all the evidence came from “the great beyond,” police testified that Showery went quietly with investigators when he first was suspected in the murder — almost as a tacit acknowledgment of his guilt.

After an initial mistrial, Showery ultimately decided to plead guilty to the crime on Feb. 23, 1979 and was sentenced to 14 years in prison for his crime. He was ultimately let out on parole in 1983, and evidence suggests he returned to New York City shortly after he was released.