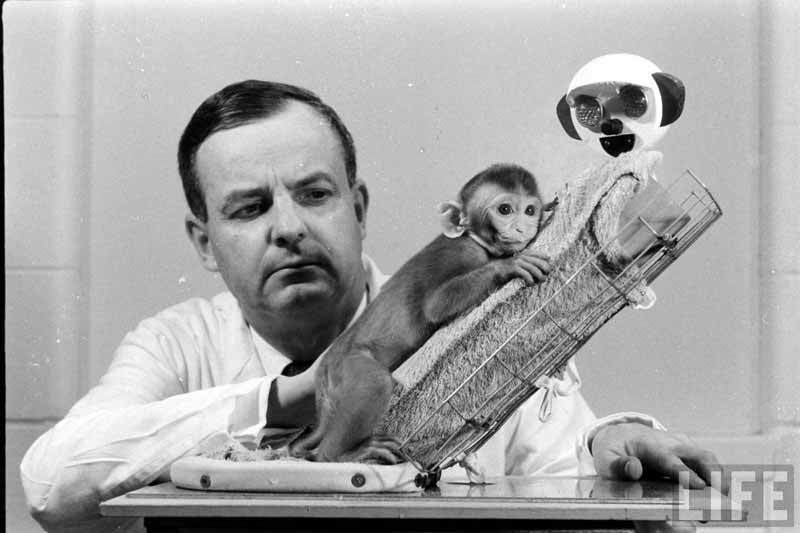 Harry Harlow was a piece of work. This behavioral psychologist specialized in performing mind-bendingly depressing experiments on rhesus macaques. Harlow is quoted as saying “I despise cats. I hate dogs. How could you like monkeys?” Judging by his sordid past, it’s possible that these sentiments extended to people. 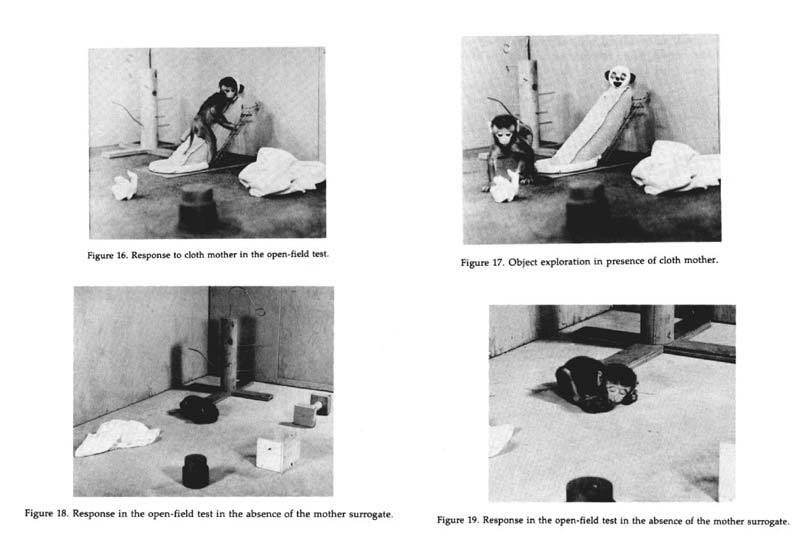 One of his experiments in child development was called “The Child Isolation Experiment”, in which baby monkeys would be torn from their mothers at an early age to see what became of their development.

In some cases, infant monkeys were given a monkey doll to act as a sort of “security blanket”, but all monkeys involved would suffer from crippling emotional and physical problems, including poor digestion and lower weights. 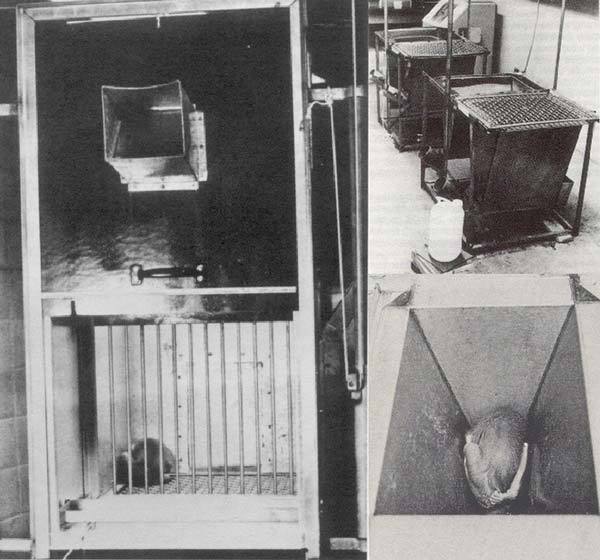 OK, so we’ve established that Harry Harlow was an odd, sick man who definitely didn’t get enough attention from Mommy. He gets two entries on this list, and this next experiment takes the sadistic, terrifying cake.

Harlow was known for his “flowery” descriptions of his experiments: he lovingly referred to his forced-mating table as his “Rape Rack”, for example. But the darkest and most terrifying of all Harlow’s experiments was likely the “Pit of Despair”. 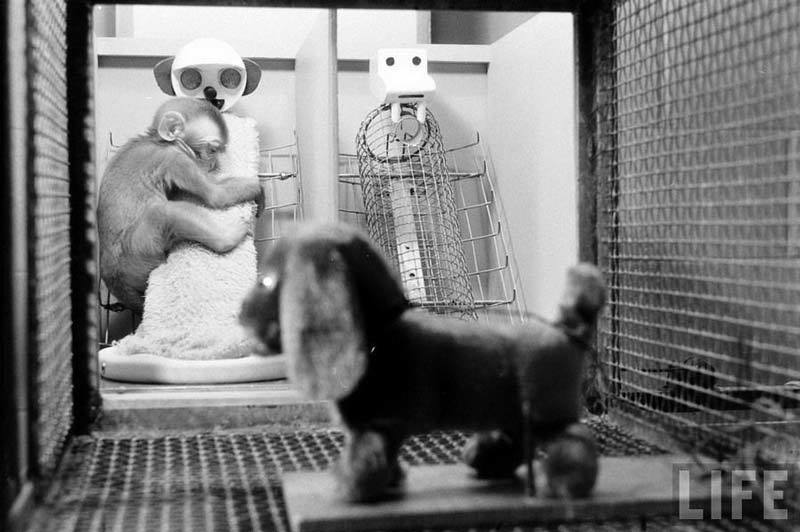 The Pit of Despair was, well, a steel pit in which Harlow would place monkeys until they went insane with hopeless depression, just to see what would happen. Separating three month to three year old monkeys from their mothers, Harlow placed the macaques in the Pit Of Despair for almost three months at a time. The resulting animals would barely eat or move, instead resigning themselves to hopeless cowering at the corner of the cell.

Later, these monkeys would be forced to mate (see “Rape Rack” above) and foster children, which the scarred monkeys would mistreat horrendously. Harlow would say of these damaged monkey parents: “Not even in our most devious dreams could we have designed a surrogate as evil as these real monkey mothers were”. So, if your veterinarian is named Harlow, get a new veterinarian.