Via Margutta, The Most Romantic Street In The World

In 1953, the film "Roman Holiday" catapulted Rome and one of its most beautiful streets to new levels of fame. See why. 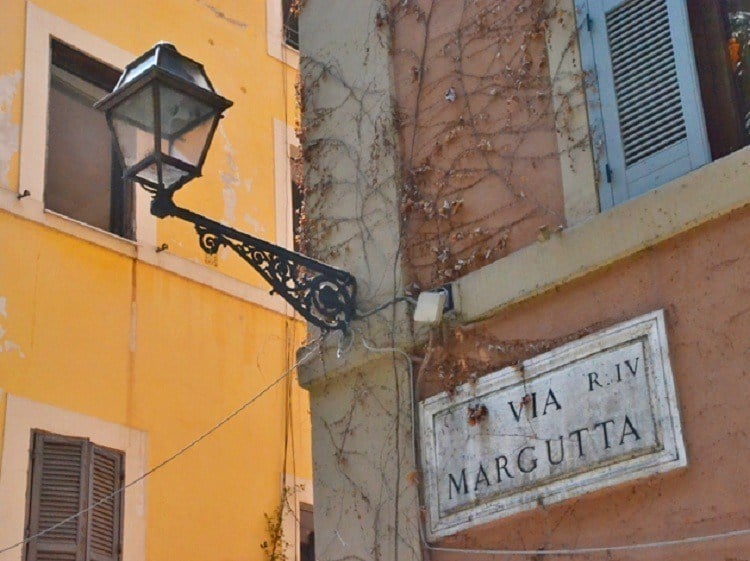 In 1953, American filmmaker William Wyler made one of the most romantic films in history, Roman Holiday. The movie, shot entirely in Italy, tells the tale of an American reporter who falls in love with a princess who has grown tired of the constraints that her status places on her.

Following its release, Roman Holiday transformed Audrey Hepburn into Hollywood’s new darling, and snatched up three Oscars as well as a slew of other accolades. The film also had major impacts for Rome: the city became the must-visit destination for young couples in love.

Anyone looking to recreate the film’s magic has quite a few sites to visit. First are the Spanish Steps at the Piazza di Spagna; then La Bocca della Verita (The Mouth of Truth), where Gregory Peck’s character Joe pretends to lose his hand. But one absolutely cannot forget Via Margutta. This narrow, historically artistic area plays a prominent role in the movie and has transformed into one of the most-visited streets in the world.

If you don’t have the budget for your own Roman holiday, check out our gallery of the street below: 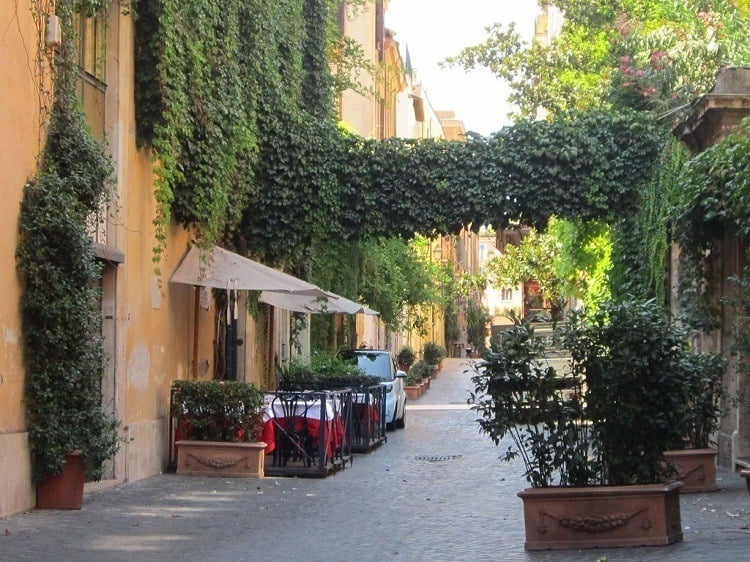 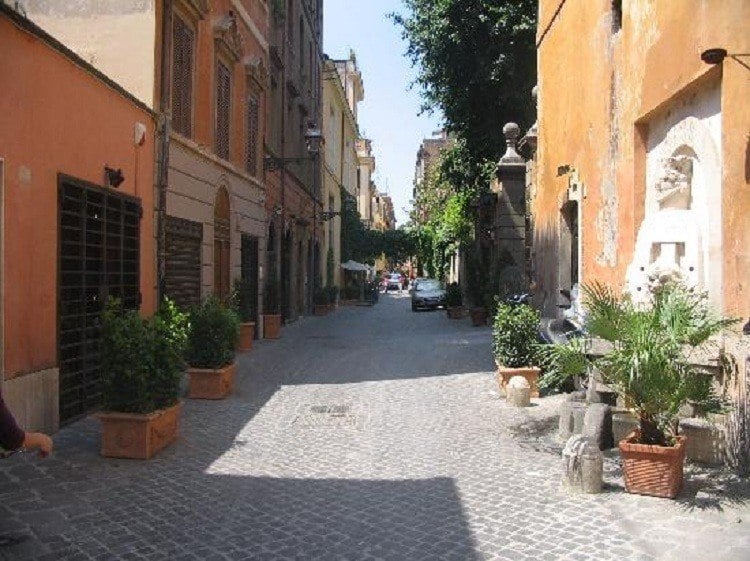 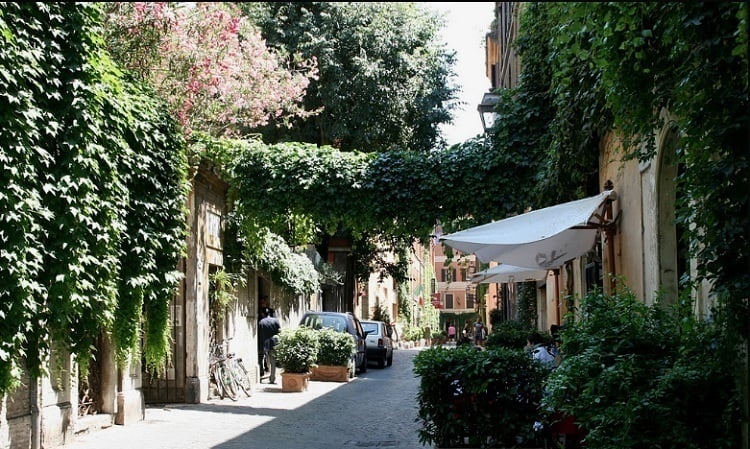 The iconic archways featured in the movie are present today. Source: Rhome Trips 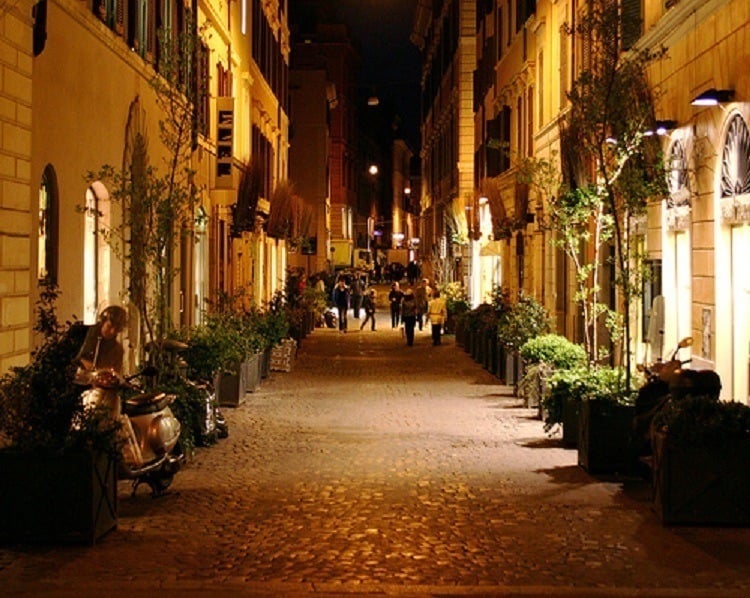 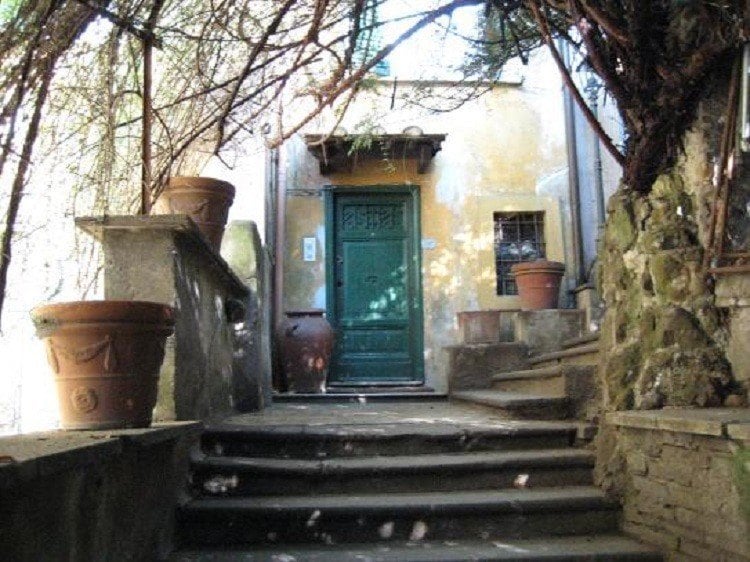 Thanks to the film, Via Margutta 51 has become one of the most-visited addresses in the world. Source: Lucky Pro 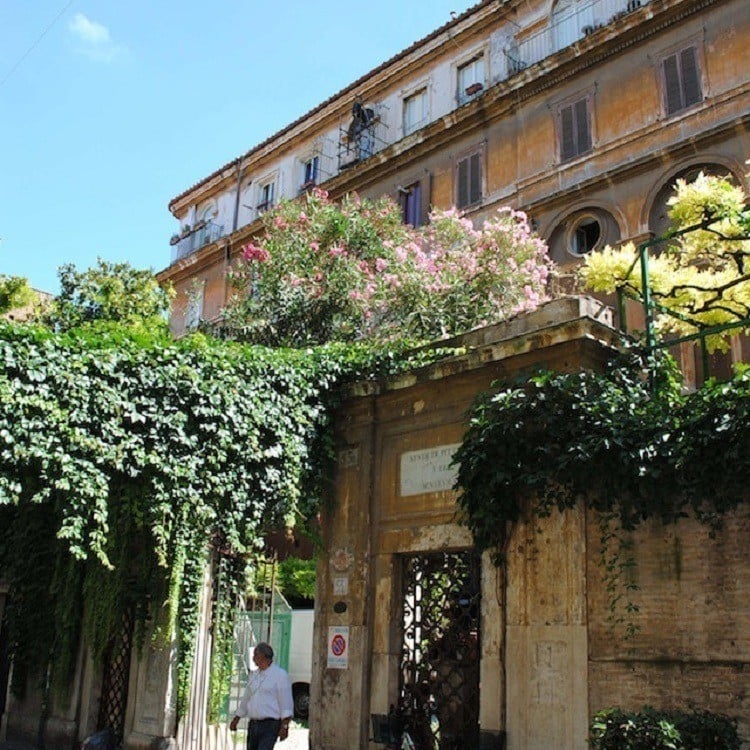 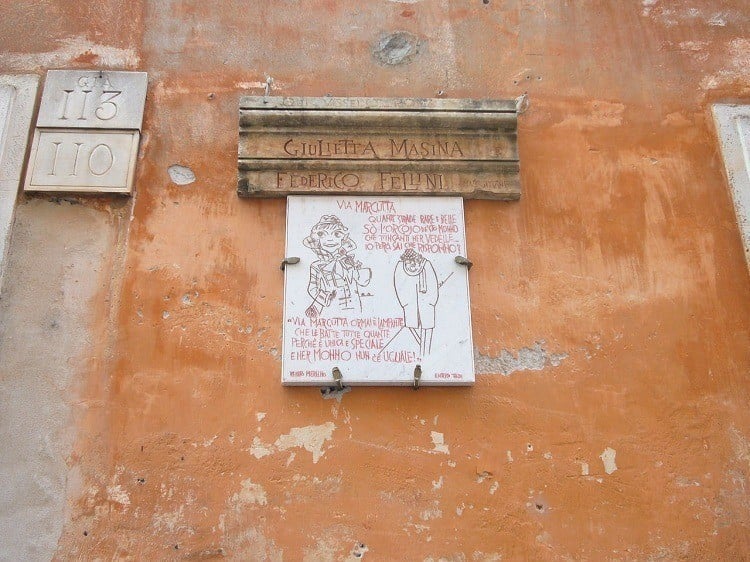 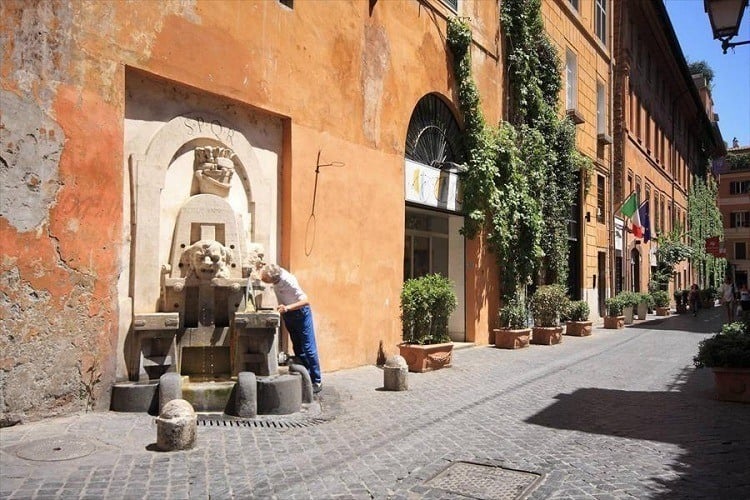 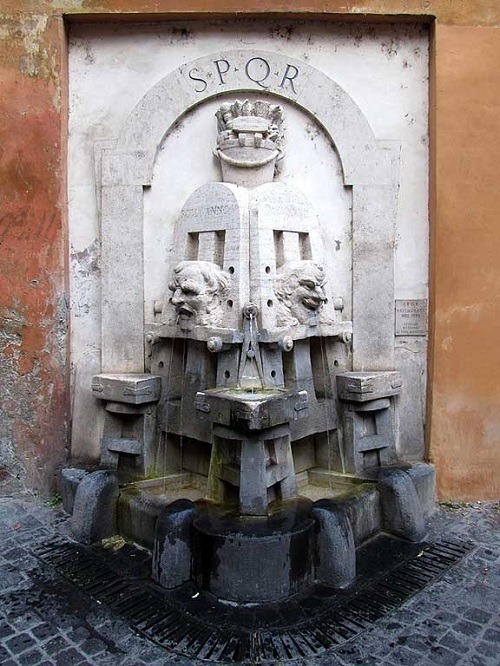 The fountain features a bucket with paintbrushes to symbolize the neighborhood’s centuries-long artistic presence. Artists are known to have congregated here since the 17th century. Source: Pinterest 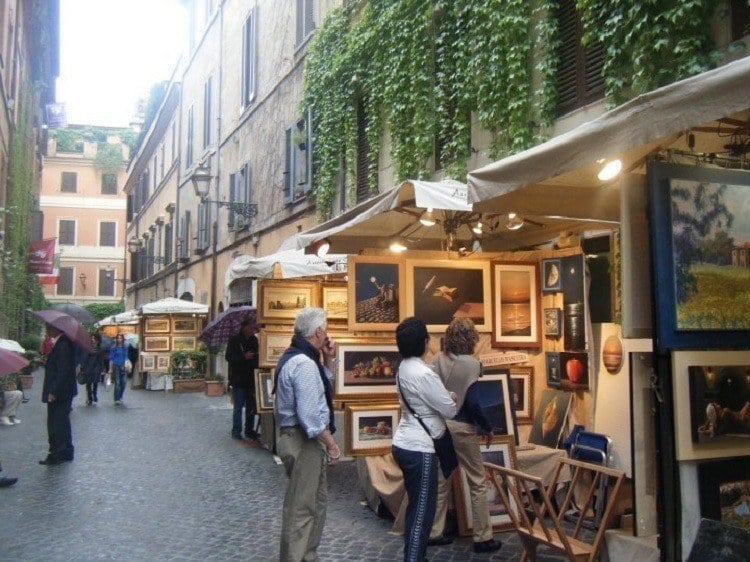 Ever since the street became a tourist attraction, Via Margutta lost most of its bohemian elements that made it appealing to artists—as well as its low rents. However, in recent times, art on Via Margutta has been making a comeback. Source: Il Tempo 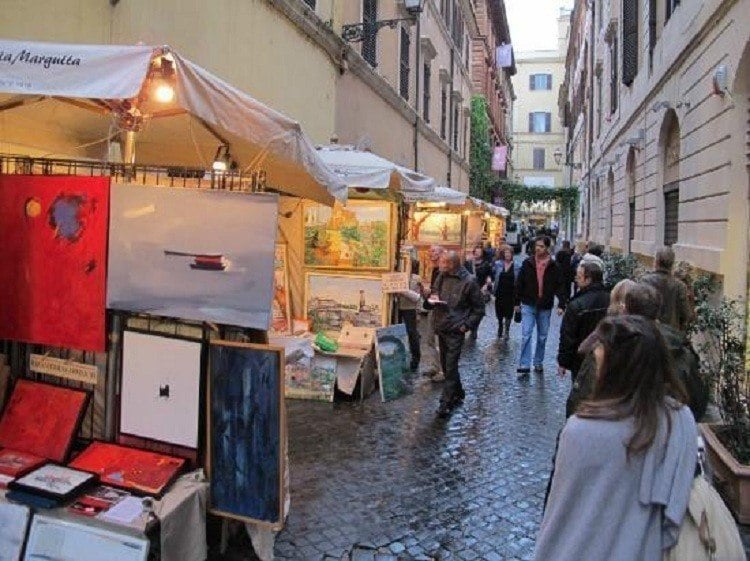 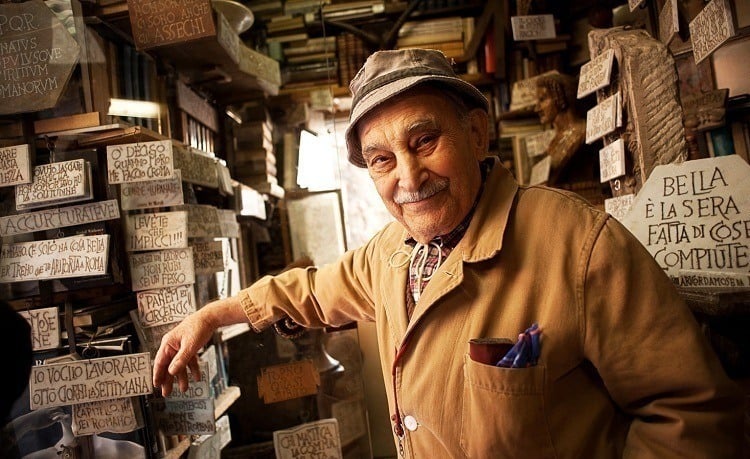 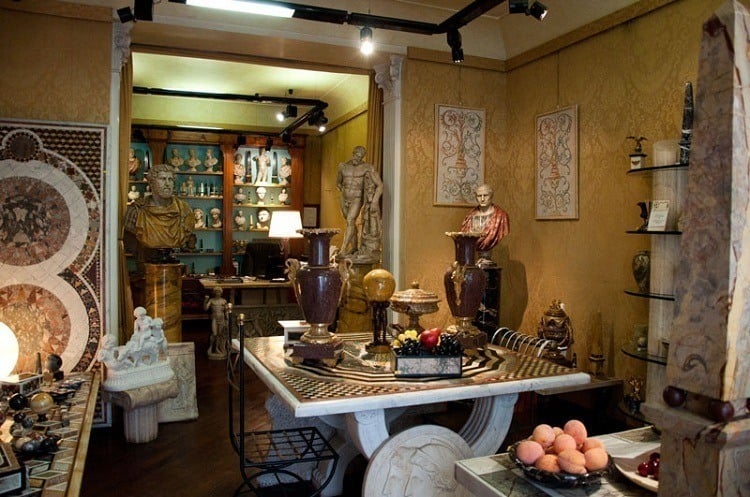 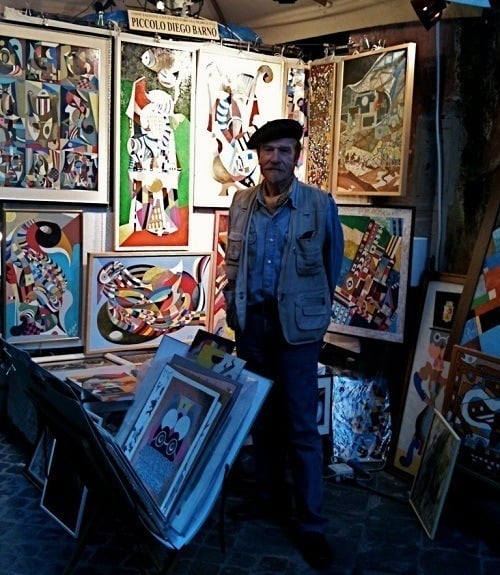 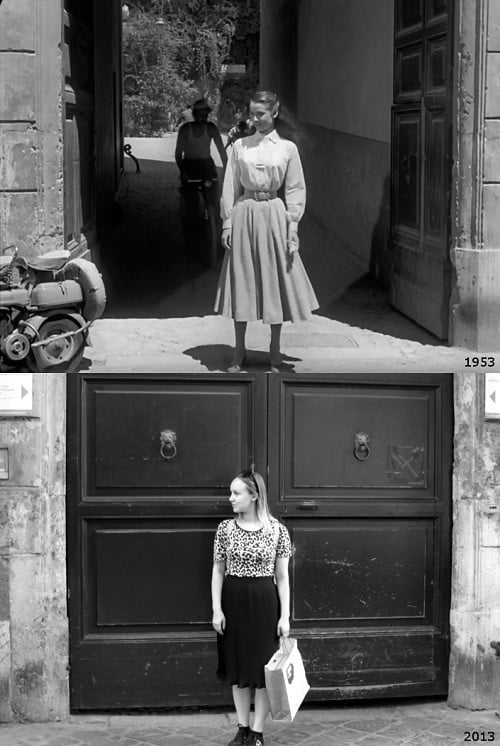 Luckily for fans of the film, most of the street is just as it was six decades ago. Source: Blogspot 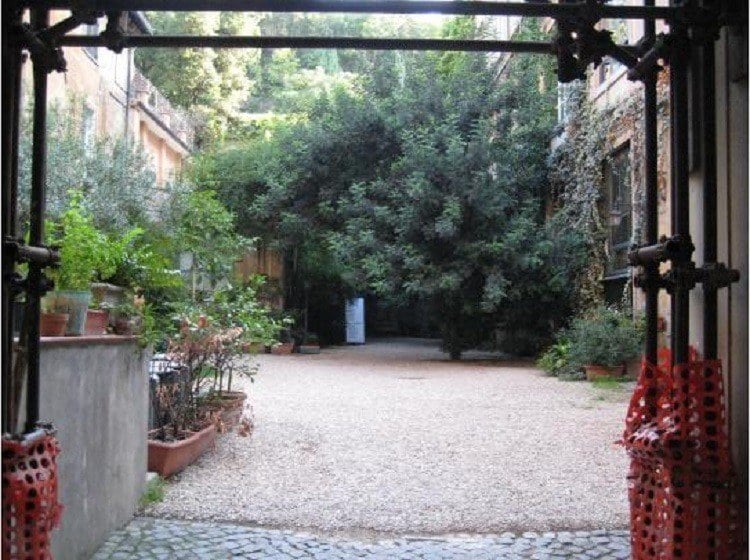 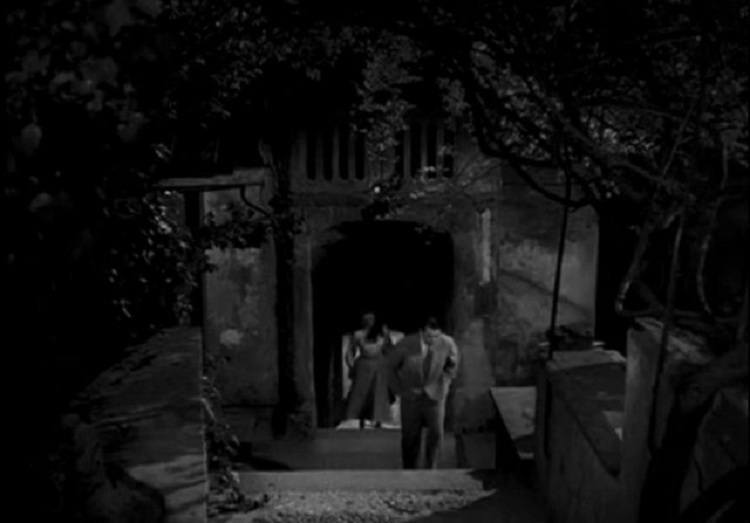 Here are the stairs that lead up to Joe's apartment in Roman Holiday. Source: Untapped Cities 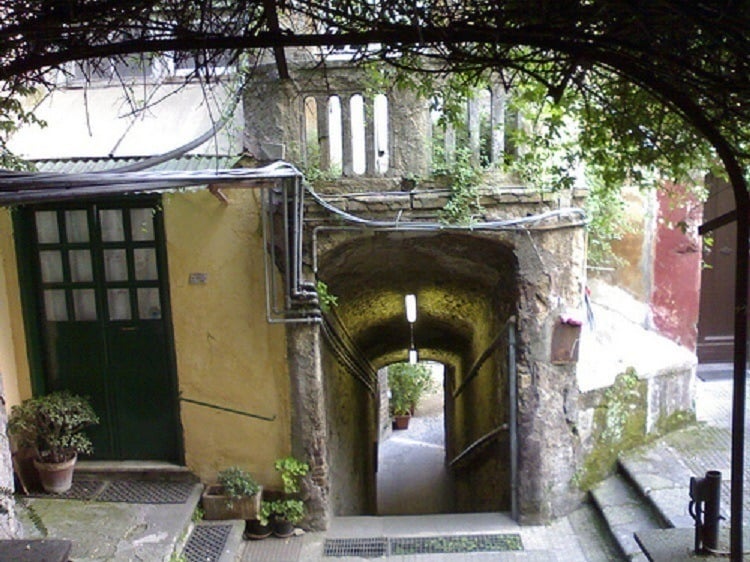 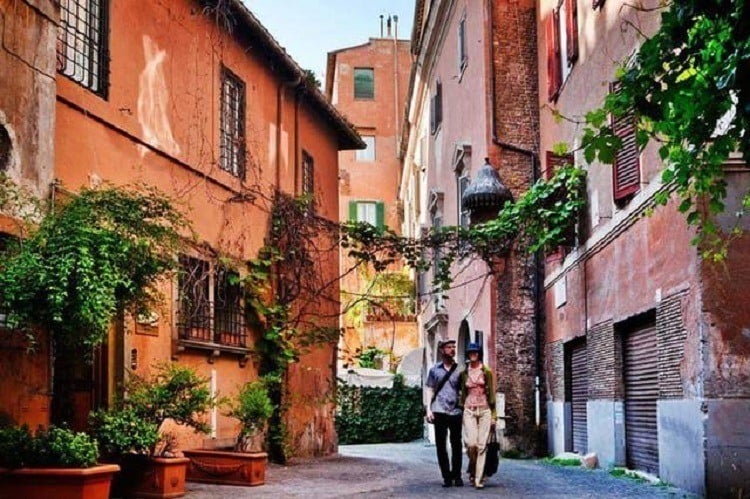 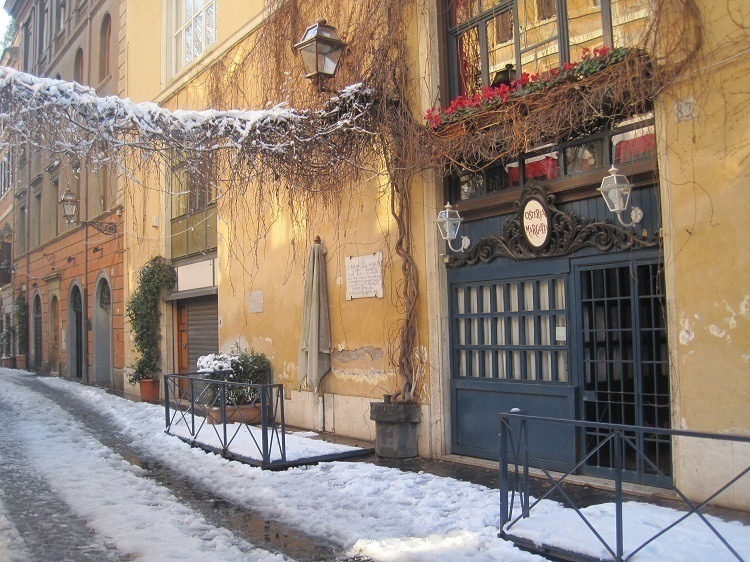 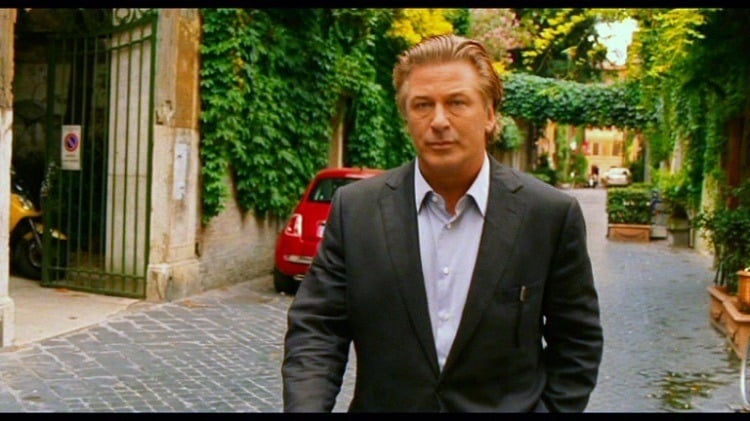 Alec Baldwin walks through Via Margutta in Woody Allen’s To Rome with Love as a subtle homage to Roman Holiday. Source: Blogspot 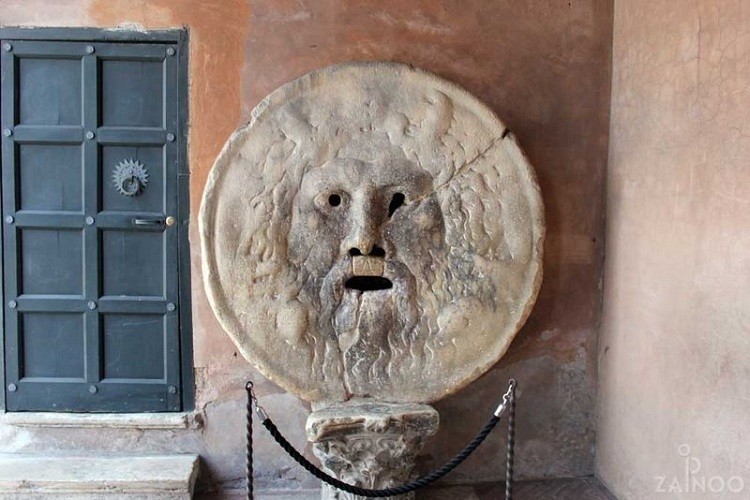 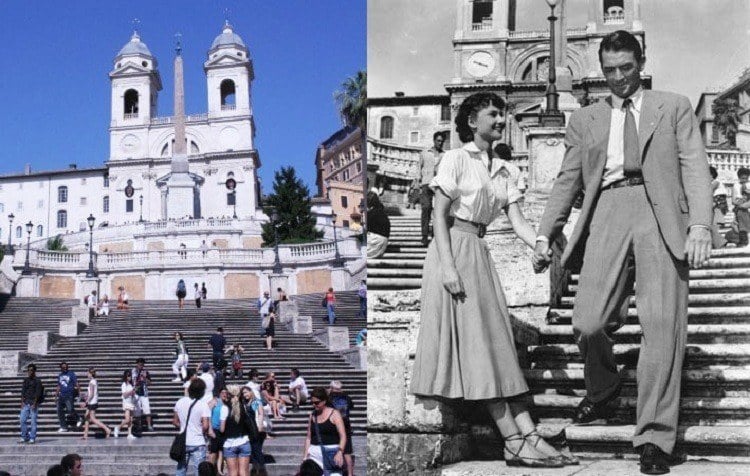 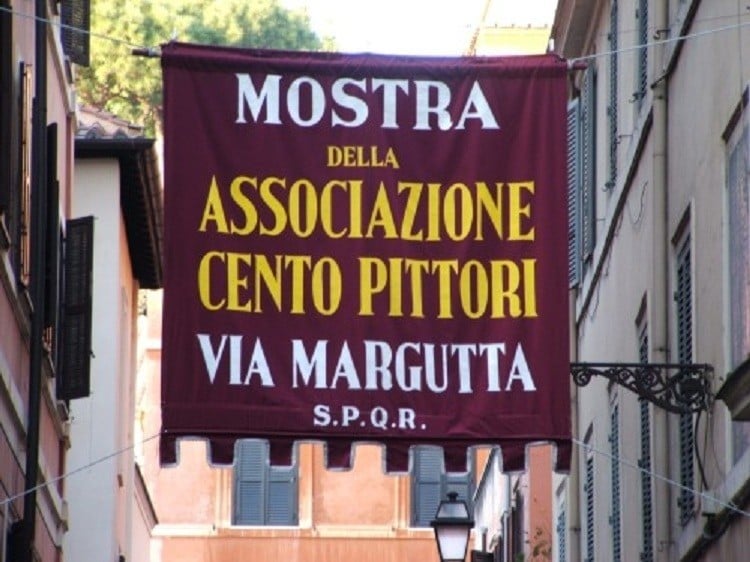 If you visit during the summer, you might catch the annual “100 Painters of Via Margutta” exhibition meant to showcase new artists. Source: Meridian Anotizie 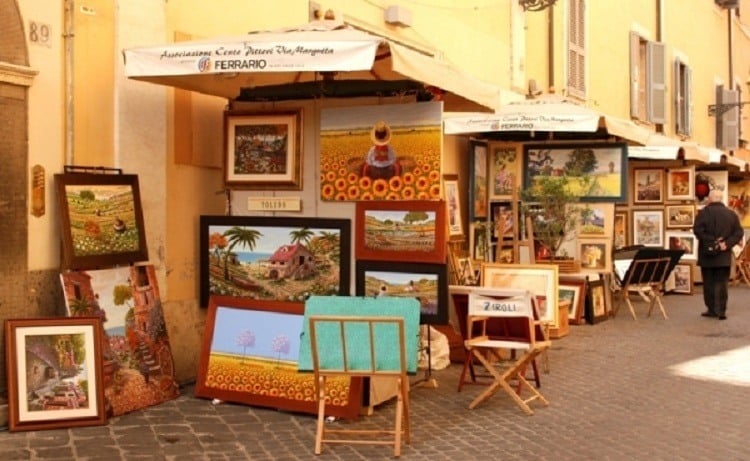 The exhibition features over 1,000 works of art covering a multitude of styles. Admission is free and everyone is encouraged to attend. Source: Wanted In Rome

Watch a tribute to "Roman Holiday" below: