Poor, poor Britches. We at All That Is Interesting are humanists, believers in science and progress. But sometimes that progress comes at a grisly, terrifying cost. Britches the monkey is a prime example of that cost. (WARNING: The following image is nightmare-inducing.) 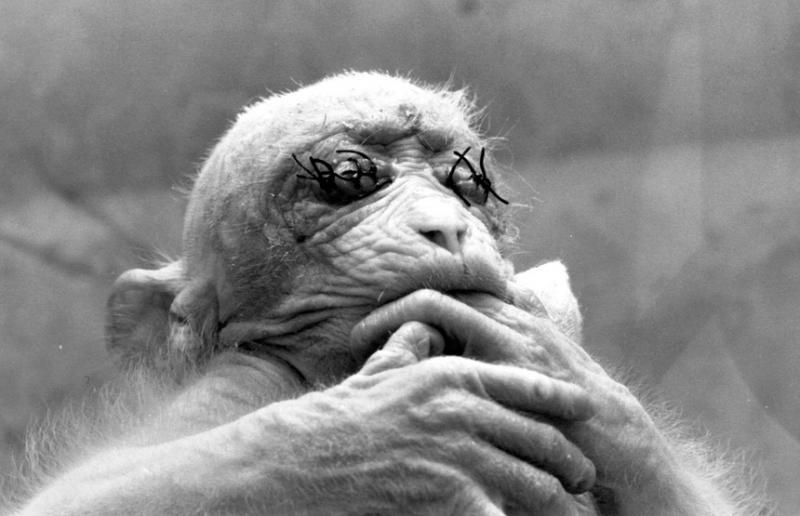 Britches, who was not born blind, made blind. Source: PETA

At face value, the cause was noble–researchers needed access to blinded monkeys so they could test out a brain-implanted sonar device that would improve the lives of patients without sight. Some non-sighted people like Ben Underwood have impressively developed a sort of echolocation, clicking their tongue to map their surroundings.

The transcranial device tested on Britches the monkey was designed in the hopes of giving that gift of echolocation to blind patients everywhere. The trouble was, Britches was not blind. Scientists had to make him blind to test their product, and they did so by sewing his healthy eyes shut.