A PETA investigation found that coconut companies enslave monkeys in Thailand and force them to live in isolation while toiling under abusive conditions. 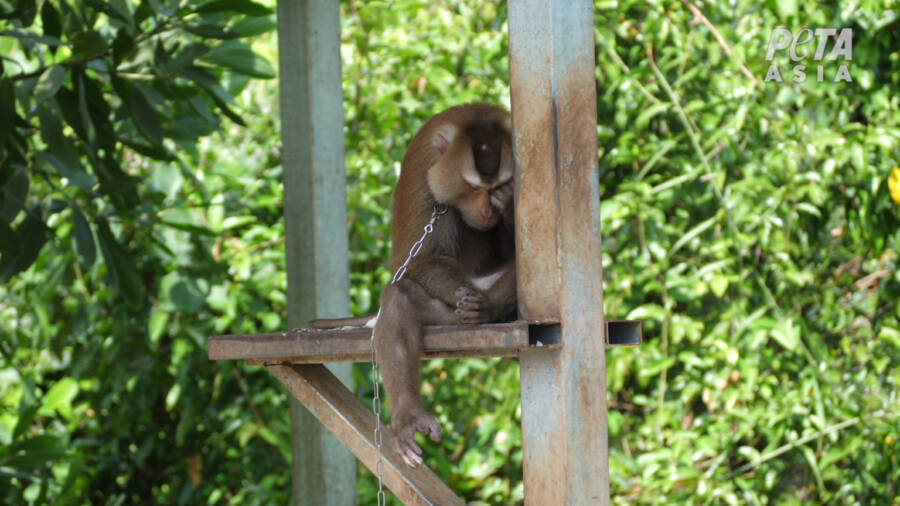 PETAMonkeys are kidnapped as infants and harshly trained to pick coconuts.

Deep in the jungles of Thailand, macaque monkeys are held in captivity, tortured, and forced to pick coconuts for food supply companies. An investigation led by People for the Ethical Treatment of Animals (PETA) has found that, despite these cruel practices, several well-known companies are still purchasing coconut milk sourced via abusive monkey labor.

PETA specifically pointed the finger at HelloFresh, a Berlin-based meal delivery company that allegedly obtains coconut milk from suppliers known to use monkey labor. They claim that HelloFresh has resisted changing coconut suppliers, even though previous PETA investigations have revealed systemic monkey abuse in Thailand.

“Despite having known for years about the rampant use of monkey labor in the Thai coconut industry and after new footage from PETA Asia implicated two of its coconut milk suppliers, HelloFresh is still refusing to do the right thing by moving its coconut milk supply chain out of Thailand,” PETA claimed in a press release about monkey abuse among coconut suppliers.

“A supplier to Suree kept monkeys chained on flooded land or trash-strewn patches of dirt with almost no protection from the elements,” The PETA press release explained. “And a worker in Suree’s supply chain told investigators that the monkeys would be forced to pick coconuts for more than a decade before being ‘retired’ — chained up for the rest of their lives.”

But PETA also warned that the use of monkey labor among coconut suppliers in Thailand is a problem across the country.

“We didn’t find a single monkey-free operation in Thailand, although we actively looked for one,” said Jason Baker, PETA Asia’s senior vice president who led the investigation, told The New York Post. “We are now saying ‘don’t buy any coconut milk that’s sourced from Thailand.'” 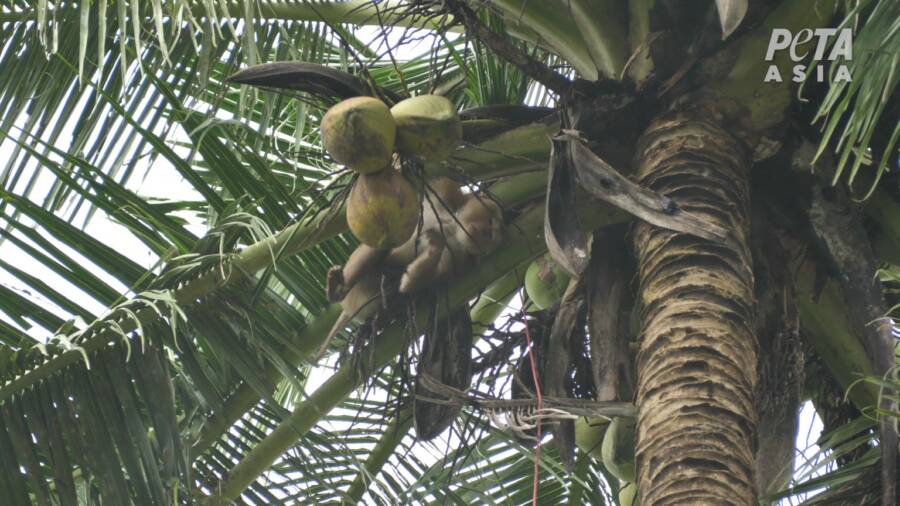 PETAPETA found that monkey labor is systemic in Thailand.

PETA reports that young macaque monkeys are often kidnapped from their families by farmers with nets, then sold to “schools” where they’re trained to pick coconuts. The highly social macaques are kept in isolation, chained, beaten, and whipped before they’re sold as coconut pickers.

Once put to work, their lives are no better. PETA found that the monkeys are often bitten by ants or fatally stung by hornets as they climb trees, and many suffer from broken bones if they fall — or if they’re yanked down by humans.

Trained only to pick coconuts, the monkeys are otherwise listless. To Baker, this is “almost more tragic.” He told the New York Post: “Then the monkeys are alone, unable to socialize, chained to trees or old tires. These intelligent animals slowly lose their minds — many of them pace and circle endlessly on the barren, trash-strewn patches of dirt where they are chained.” 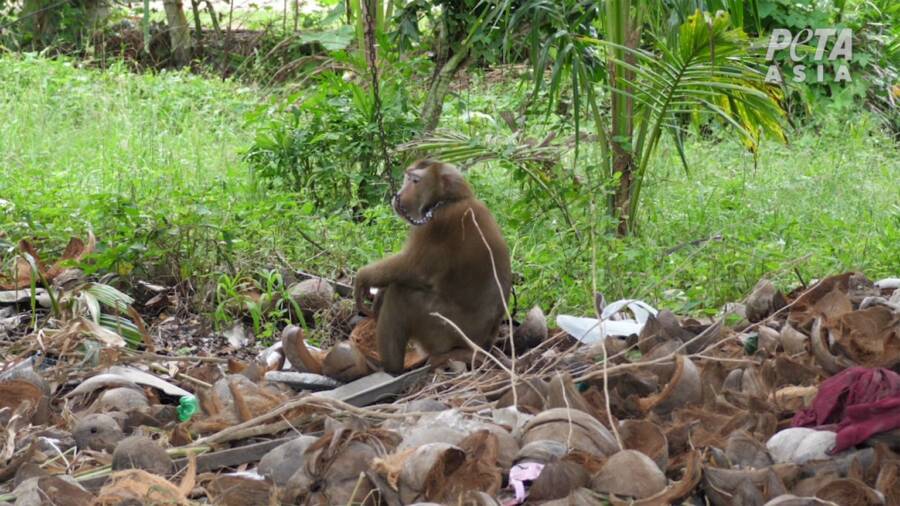 PETATrained only to pick coconuts, PETA found that many of the highly-intelligent monkeys “slowly lose their minds.”

“HelloFresh strictly condemns any use of monkey labor in its supply chain, and we take a hard position of not procuring from suppliers or selling coconut products which have been found to use monkey labor,” the company said in a statement provided to CBS MoneyWatch. “We have written confirmation from all of our suppliers — in the U.S. and globally — that they do not engage in these practices.”

But PETA claims that their investigation has proven the opposite.

“Monkeys are chained around the neck and forced to toil day in and day out, all for HelloFresh and other companies that lack a conscience,” Tracy Reiman, PETA’s executive vice president, told CBS. “PETA is calling on everyone, including HelloFresh, to stop buying canned coconut milk from Thailand until monkeys are no longer used and abused for profit.”

To anyone looking to avoid supporting the monkey labor industry in Thailand, PETA suggests carefully checking the label on coconut milk packages.

“Always check the labels on coconut milk products,” PETA said in their press statement. “Whether it’s in a can, a box, or other packaging, if it reads, ‘Product of Thailand,’ leave the item on the shelf.”

After reading about abusive monkey labor practices in Thailand, discover the story of Harry Harlow, the controversial scientist whose experiments on baby monkeys changed the understanding of maternal love. Then, read up on Doc Antle, the abusive bit cat wrangler made infamous by Tiger King.