Thawee Nanra said that he was the "father of all religions" and that eating his bodily fluids and skin could cure all illnesses.

For years, deep in the woods of Thailand’s Chaiyaphum province, cult leader Thawee Nanra promised his followers that consuming his skin and bodily fluids could cure all ills. Now, police have arrested the 75-year-old after 11 of his followers’ bodies were discovered at his remote compound.

“I didn’t force anybody to stay here or do anything they didn’t want to,” Nanra told the police, as reported by The Daily Mail. Indeed, his followers protested loudly as officers dragged their leader into a police car, shouting and even chasing after the vehicle as it pulled away.

According to Thai media, Nanra has operated his cult for at least four years. Far from society, he dubbed himself the “father of all religions” and told his followers that eating his feces, mucus, dandruff, and urine could cure illnesses. Dozens of his devotees even consumed his urine and dandruff in front of police officers during his arrest.

“It’s quite disturbing to see that there are people who believe in such superstition, but this is not only about a personal belief anymore,” Kraisorn Kongchalard, the governor of Chaiyaphum province, said according to The Independent.

“We have dead bodies, and we will have to work with all agencies to establish facts surrounding these individuals.” 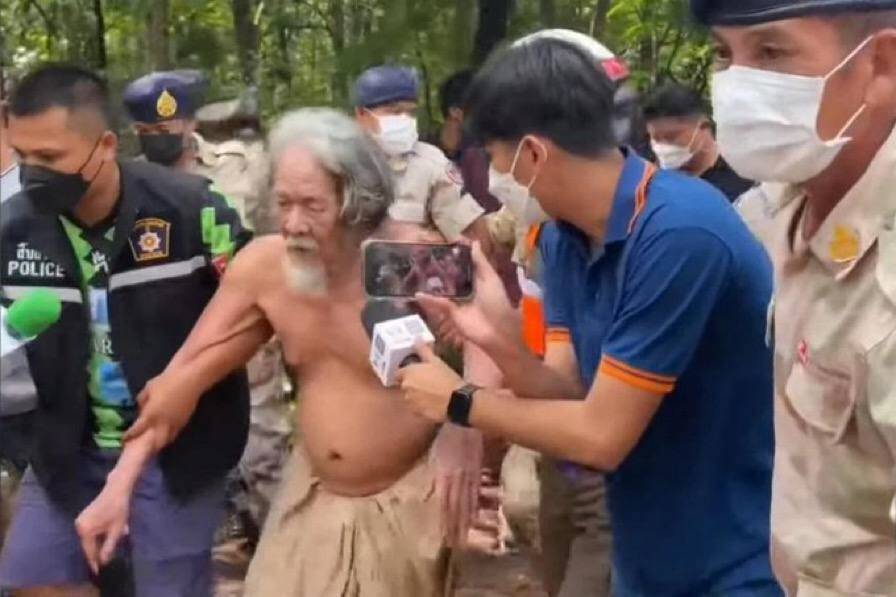 TwitterThawee Nanra during his recent arrest. For now, he’s been charged with encroaching on forest land and violating Thai COVID-19 policies.

According to Asia One, police learned about Nanra and his cult from an unlikely source — a social media influencer named Mor Pla (real name: Jiraphan Phetkhao).

Pla had learned about the cult from a woman named Khun Jenjira, whose 80-year-old mother had joined and refused to return home. Worried that her mother had been brainwashed, she reached out to Pla for help in exposing the cult.

“I went to visit my mother,” Jenjira said, according to The Daily Mail. “I saw how women were forced to follow a dress code by wearing a knee-length sarong and men had to wear formal trousers. Everybody had to remove their shoes before entering the site.”

But most shocking of all, Jenjira said, was what she saw people doing.

“I watched my mother rub the leader’s phlegm on her face and ate the man’s scurf [flaky skin],” she explained, noting that many of Nanra’s followers believed that doing so would keep them safe from diseases like COVID-19. “There were 11 dead bodies of the devotees on the premises. My mother had also instructed me to leave her body in the same place.”

One member of the cult, however, defended their practices. According to the Thai Enquirer, she said of eating Nanra’s waste: “There isn’t even an odor. Only those with a tainted mind may smell it.”

Other cult members admitted that the dead bodies — which included a mother and infant — had died after seeking treatment from Nanra. But they also said that the bodies had been brought to Nanra so that he could perform rituals to send them to heaven, and Nanra said the same to police. 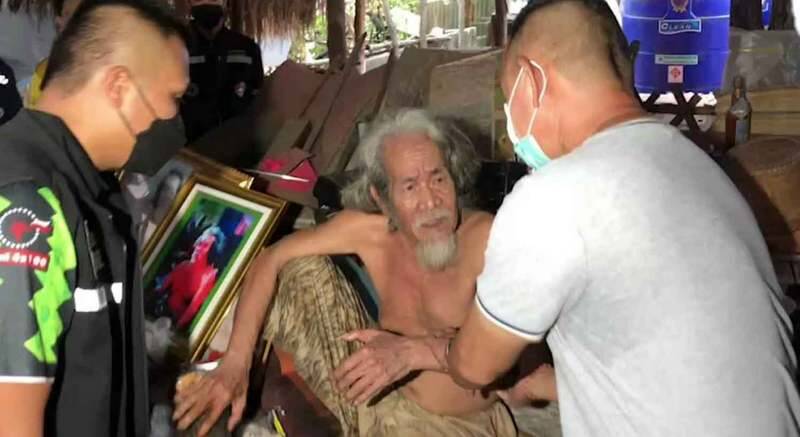 TwitterThawee Nanra allegedly told his followers that eating his bodily fluids, including his feces, would cure any illness.

For now, the 75-year-old cult leader has been brought to jail — where many of his devotees trailed after him to offer their support. The Independent reports that Nanra currently faces charges of “encroachment of forest land” and “violating the public health law and disease control act” since his followers weren’t wearing masks in violation of Thailand’s COVID-19 policies.

“Officers have already confirmed that there are 11 bodies on the premises,” Police Colonel Wattanachai Chanthathum explained, according to The Daily Mail. “So far, there were trespassing charges against the religious sect. There will be a thorough investigation so the right legal procedure can be followed.”

As for Thawee Nanra’s loyal followers? Dr. Opart Karnkawinpong, director-general of Thailand’s department of disease control, strongly suggests that they get a medical check-up. Despite the cult leader’s claims, he insisted that consuming human waste like feces and urine was not hygienic.

After reading about the arrest of the cult leader whose followers ate his feces, see what life was like inside these nine famous cults. Or, read about the shocking mass suicide of Heaven’s Gate cult members.