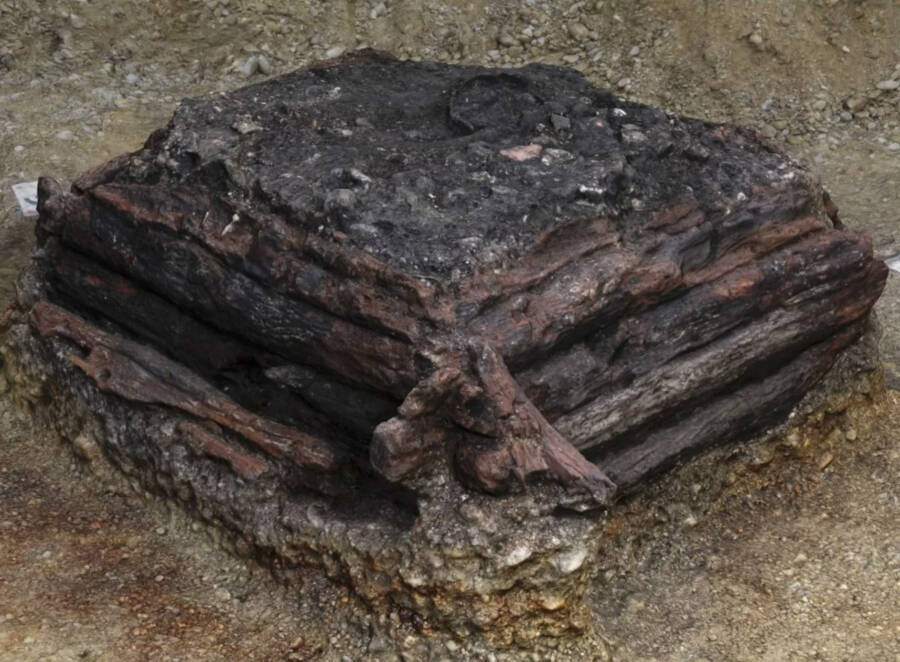 Bavarian State Office for the Preservation of MonumentsResearchers uncovered evidence indicating that water levels were extremely low at the time of the well’s construction, suggesting that sacrifices were ritualistically placed inside in hopes of ending the drought and bringing a good harvest.

Although approximately 70 ancient wells have been uncovered in the German region of Bavaria, workers have just found the first wishing well — complete with dozens of intact sacrifices dating back to the Bronze Age. From amber beads to ornate crockery to an animal tooth pendant, these dozens of artifacts have remained preserved underneath layers of sediment at the bottom of the well for 3,000 years.

Wishing wells have been a part of European folklore since before the advent of written records, with people tossing in coins for good luck much as they do to this day. And while such wells are often believed to have magical properties, some experts believe that they actually have practical origins in that ancient people stumbled upon the biocidal properties of the coins’ silver and copper that allowed them to kill harmful microorganisms in drinking water. But in the case of the well recently found in Bavaria, locals likely believed it was indeed magical, as they placed all manner of household items inside in a presumed attempt to reverse a drought that had been ruining their harvests.

Discover the full story behind this incredible find here. 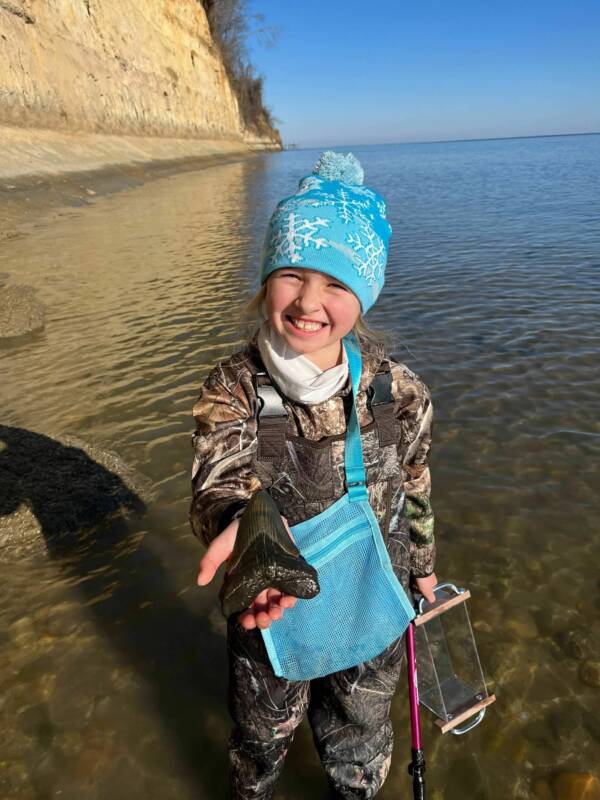 Bruce SampsonThe megalodon tooth that Molly Sampson found is as big as her hand.

On Christmas morning 2022, nine-year-old Molly Sampson got the presents she had asked for: insulated waders and fossil sifters for shark tooth hunting. That same day, the young aspiring paleontologist found a five-inch-long Otodus megalodon tooth in the waters of the Chesapeake Bay.

“I went closer, and in my head, I was like, ‘Oh, my, that is the biggest tooth I’ve ever seen!'” Molly said. “I reached in and grabbed it, and dad said I was shrieking.” 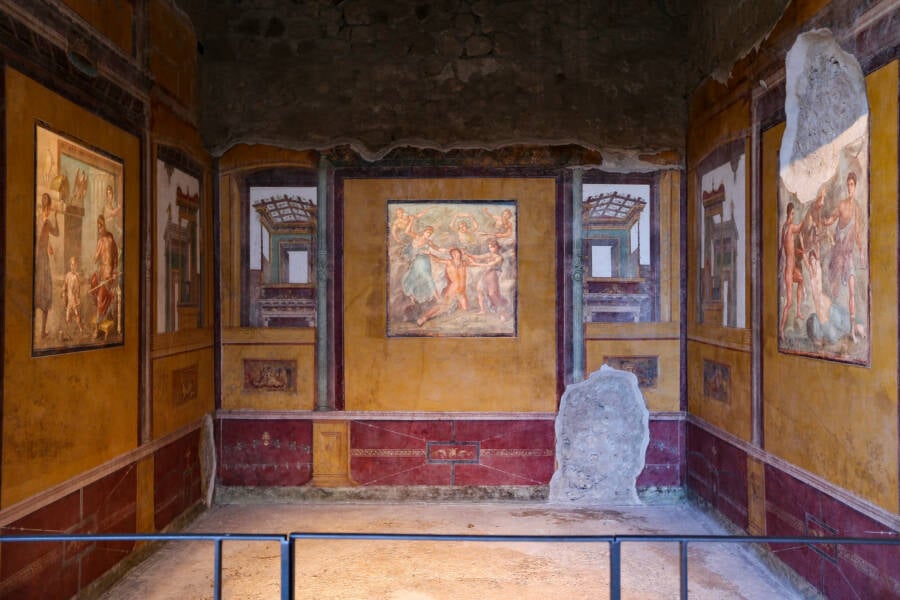 Almost 2,000 years ago, Mount Vesuvius erupted and smothered the Roman town of Pompeii. Now, thanks to meticulous restoration efforts that lasted two decades, one of the doomed town’s most opulent homes, the House of the Vettii, has been brought back to life.

The house once belonged to two former slaves, Aulus Vettius Conviva and Aulus Vettius Restitutus, who became rich wine traders after they were freed. Perhaps in an attempt to solidify their place in Roman society, they filled their sprawling home with fine art.