In October 1949, Jean Spangler vanished without a trace, and some believe she may have fallen prey to mobster Mickey Cohen's henchmen — or the same killer who murdered "Black Dahlia" Elizabeth Short. 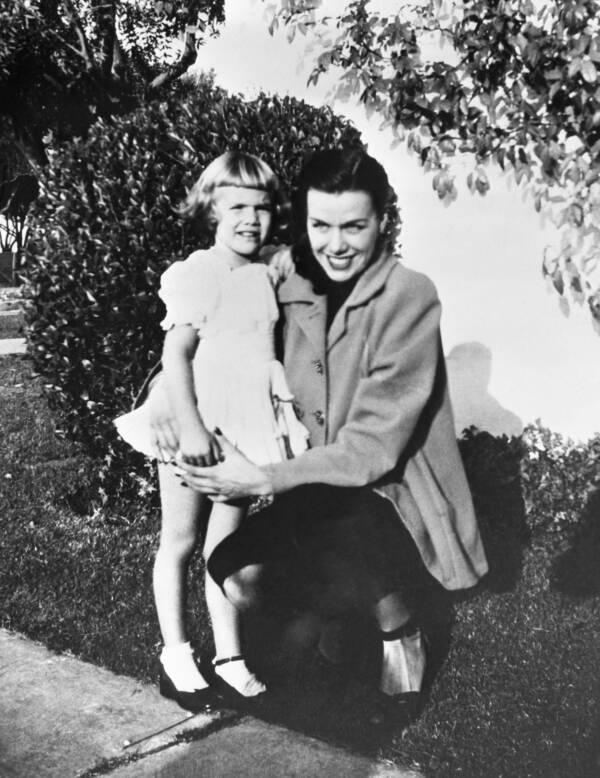 Jean Spangler’s enigmatic story was classic Hollywood noir: A young, beautiful actress suddenly disappears, leaving behind a purse containing an unsigned, cryptic clue. The mystery then deepens when the note reveals references to a “Dr. Scott” and a “Kirk.”

When the actor Kirk Douglas’ name cropped up, the Los Angeles press and the tabloid scandal rags of the era latched onto the story of a missing Hollywood starlet, and the rumors concerning Spangler’s disappearance exploded. The story had seemingly bottomless twists, including Spangler’s potential ties to an organized crime figure — and some believe Jean Spangler may have even fallen prey to the notorious Black Dahlia killer.

This is the mysterious case of Jean Spangler, the aspiring actress who vanished without a trace in 1949. 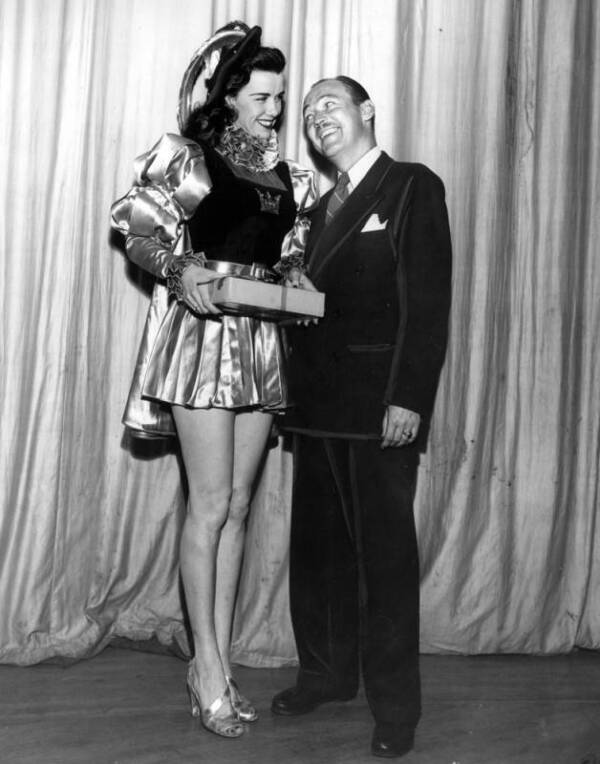 Jean Elizabeth Spangler was born in Seattle, Washington, on September 2, 1923, and after graduating from a Los Angeles high school and finding work as a dancer, she set her sights on the Hollywood film industry.

At 19, Spangler married manufacturer Dexter Benner, but filed for divorce just six months later, accusing him of cruelty. Still, they continued an on-and-off relationship for another four years, having a baby daughter together according to The Los Angeles Times.

Officially divorced in 1946, Spangler became embroiled in a long and bitter custody battle over their daughter, until she was awarded sole custody in 1948. That same year, Spangler’s Hollywood dreams were slowly coming to fruition as she began picking up bit-part appearances in Hollywood films.

Spangler and her young daughter had by now moved into her mother’s place in L.A.’s Wilshire district alongside her brother and sister-in-law. Spangler had been working on another small part in a musical drama set to be released in 1950 called Young Man With a Horn. The lead on that project was legendary actor Kirk Douglas.

On Oct. 7, 1949, Jean Spangler finally became a household name — but unfortunately, it wasn’t from a starring role.

At 5 p.m., Spangler left home, telling her sister-in-law that she was going out to meet her ex-husband, Benner, over a late child support payment, then would head to work on a night shoot.

When Spangler failed to come home the following day, her distressed sister-in-law went to the Wilshire Division of the LAPD to file a missing person’s report. The police took down details but were skeptical of her missing person status, thinking the starlet had just gone out on a fling and would show up sooner or later, according to Palm Springs Life.

The following day, Spangler’s purse was found near the Fern Dell entrance to Griffith Park, with one end of the purse’s double handles ripped off — indicating a possible struggle. The purse’s contents were still intact and undisturbed, but there was a puzzling handwritten note inside that intrigued detectives.

“Kirk — Can’t wait any longer. Going to see Dr. Scott. It will work out best this way while Mother is away,” it read.

The note wasn’t signed, and it ended in a comma, which led LAPD investigators to believe Spangler did not have time to finish writing it. On the day Spangler disappeared, her mother was indeed away, as the note suggested, visiting relatives in Kentucky. The note’s discovery led to an extensive 60-man search of the Griffith Park area, but no additional evidence came to light. And so, investigators began the process of reconstructing Spangler’s final hours. 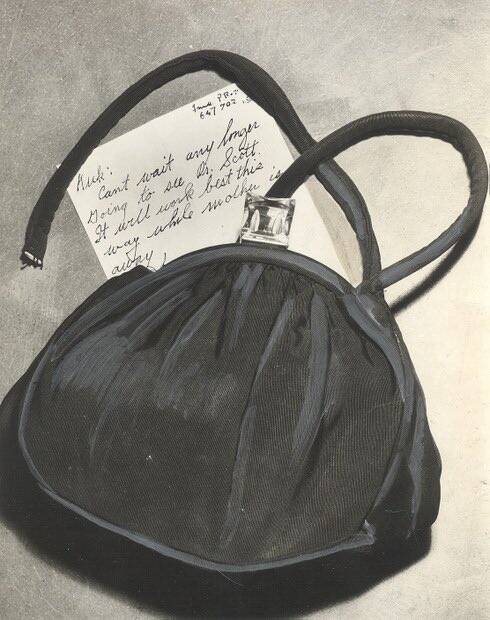 TwitterJean Spangler’s enigmatic purse, complete with a ripped strap — and the mysterious note addressed to “Kirk.”

Firstly, Spangler’s ex-husband Dexter Benner and his new wife confirmed they had been together all evening and he never saw Spangler. Film studios also confirmed that no movies had been in production on that night, October 7.

Spangler was last seen at Farmers Market, only a few blocks from her home, by a clerk who said she appeared to be “waiting for someone.”

Detectives had no viable suspects, and just a cryptic “Kirk” to work off — until Kirk Douglas himself phoned investigators from Palm Springs where he was vacationing. Douglas had heard news reports about the case, and volunteered that a friend of his had reminded him that Spangler may have worked as an extra in his last film.

Douglas may have spoken to Spangler before but barely remembered her, and he said he’d never been out with her. As investigators cleared Douglas, Spangler’s mother also recalled her daughter speaking of a “Kirk” she knew around the sets but couldn’t recall any more than that, not even the studio involved.

A friend of Spangler’s then shared that she had confided in her that she was pregnant just before her disappearance, leading investigators to believe this “Dr. Scott” may have been lined up for an illegal abortion. Every doctor with the surname Scott was checked out in the Los Angeles area, but nothing came of it.

A canvas of the Sunset Strip almost produced a potential suspect, a shady former medical student nicknamed “Scotty,” who frequented bars and clubs performing paid abortions, but he was never located. Investigators theorized that Spangler may have died due to complications resulting from an illicit abortion, but it didn’t explain her damaged purse left in Griffith Park.

It also came to light that Spangler had an affair with a man named Scotty who had been an Air Force Lieutenant during her marriage. The man had allegedly acted violently toward her, but his lawyer claimed their affair ended in 1945, and they had not spoken since, so investigators apparently moved on. 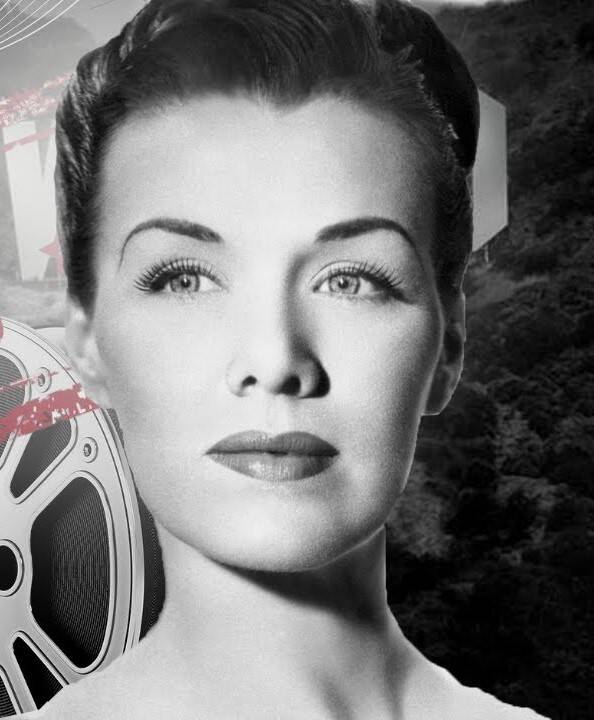 YouTubeJean Spangler prior to her disappearance In 1949.

With every lead a dead-end, the press circled back, perhaps inevitably, to the 1947 unsolved murder of Elizabeth Short – The infamous Black Dahlia case. With Spangler’s aspiring-starlet story and appearance eerily similar to Short’s, many jumped to the conclusion that the same fiend that had mutilated the Dahlia had also dispatched Jean Spangler.

In recent years, the son of a prime suspect in the Dahlia case has come forward to suggest his father may have been responsible for both murders, however. According to Entertainment Weekly, Steve Hodel believes his father, a sexually voracious celebrity doctor named George Hodel, was the Black Dahlia killer. Bolstering the Hodel theory is the fact that Spangler’s ripped purse was found mere miles from Dr. Hodel’s lavish home.

With Hodel long dead and no charges ever filed, however, his role — if any — in either murder will likely remain a matter of speculation.

After only three weeks, the investigation into Jean Spangler’s disappearance seemed to be running on fumes. “The only thing we’ve been able to find out is that this girl really got around,” one detective wearily admitted to the press.

Then, Spangler was linked to a wealthy nightclub owner, a rich playboy, a prominent educator, an assortment of actors and jetsetters — as well as a gangster.

In postwar Hollywood, the mingling of mobsters, studio moguls, and movie stars was not an uncommon sight, as film workers and gangsters routinely rubbed shoulders at bars and clandestine gambling dens. Spangler was seeing David “Little Davy” Ogul, an associate and bodyguard of the notorious Jewish mobster Mickey Cohen. Witnesses even recalled seeing Spangler and Ogul together in Palm Springs a week before Spangler vanished.

The only problem was that Ogul, who was under indictment for conspiracy, disappeared himself a couple days before Spangler. Later, an FBI informant named Salvatore Piscopo reported that, while Ogul was a member of Mickey Cohen’s crime group, he was murdered at the instigation of the Los Angeles Mafia family for allegedly talking to law enforcement.

In 1950 Spangler and Ogul were supposedly sighted in spots as widespread as El Paso, Phoenix, Mexico City, and San Francisco, but investigators found no supporting evidence. It also seemed unlikely Spangler would ever willingly leave her 5-year-old daughter behind, after fighting so adamantly for custody.

Spangler’s case remains unsolved to this day. There has been no trace of the aspiring actress since Oct. 7, 1949, when she crossed her fingers and winked at her sister-in-law, saying, “Wish me luck,” before disappearing off into the night.

After learning about Jean Spangler, read how journalist Paul Avery received a cryptic note from the Zodiac Killer. Then, learn how nursing student Maura Murray vanished without a trace.