The Most Dangerous Compounds On Earth 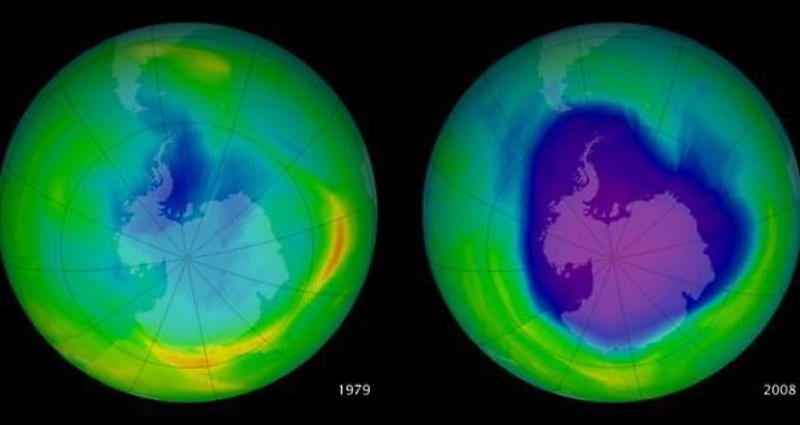 The depletion of the ozone layer (green) between 1979 and 2008. Image Source: earthobservatory.nasa.gov

The funny thing about unintended consequences is that they usually have an ironic sense of humor.

The very properties that made Freon and other members of its group of compounds, chlorofluorocarbons (CFCs), useful for refrigerants and propellants (think of old-fashioned hairspray) were the properties that made them so damn dangerous that their production is now heavily restricted and criminalized around the world.

When CFCs are released into the environment, no natural chemical process breaks them down. As a result, CFCs from the hairspray Robert Smith used in 1985 are still out there, somewhere, drifting around in the atmosphere. Eventually, CFCs released at ground level waft up into the upper atmosphere, where they are bombarded with cosmic rays.

Cosmic rays are highly energetic–if they had the mass of a grain of sand, each would strike the Earth with the force of a half-kiloton bomb–and about 100 of them strike every square meter of the Earth each second. 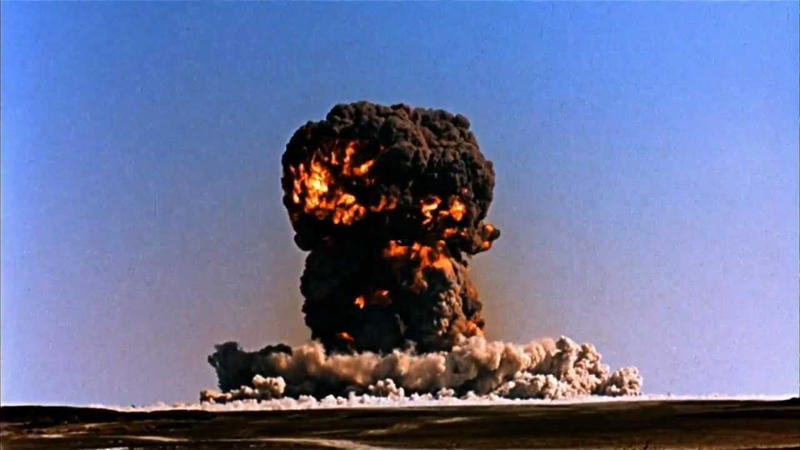 When a molecule of Freon gets hit, it splits open and its guts spill out. And all of the elements in Freon destroy the ozone layer. Ozone is a stable form of molecular oxygen that catches ultraviolet light from the Sun. We depend on it to live.

If ozone can’t catch enough high levels of UV light, our problems go way beyond skin cancer: the UV light will induce a reaction in Earth’s soil that produces hydrogen peroxide, which effectively kills soil bacteria. Without these bacteria, plants can’t plants can’t survive and the soil will turn red with rust.

In the century or so before it’s scrubbed from the air, a single chlorine atom from a CFC can break over 100,000 ozone molecules. This is being written in 2015. As of now, the chlorine from every CFC molecule ever produced is still out there, and the last of them won’t be gone until the end of the 21st century.