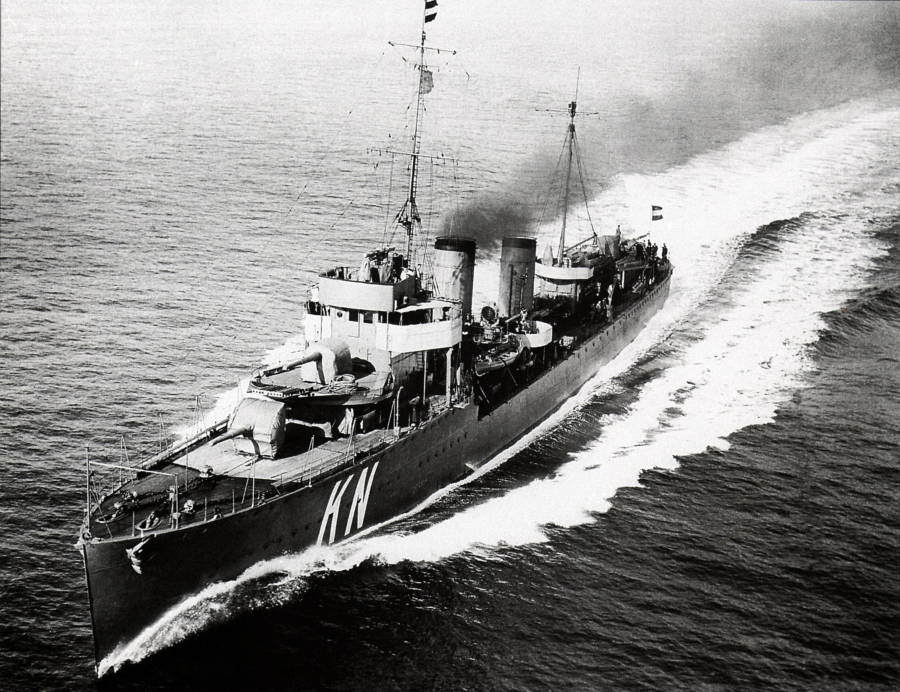 Three downed ships sat at the bottom of Indonesia’s Java Sea since World War II — until recently, when they vanished.

The Netherlands defense ministry has now launched an international investigation into the mysterious disappearance of the three Dutch shipwrecks off the coast of Indonesia.

Officials discovered that the wreckage had vanished while preparing the site for next year’s 75th anniversary of the battle that sunk the ships. While imprints of the wrecks are appearing in sonar scans of the ocean floor, the actual ships are no longer there.

“The wrecks of HNLMS De Ruyter and HNLMS Java have seemingly gone completely missing. A large piece is also missing of HNLMS Kortenaer,” the defense ministry said in a statement. “An investigation has been launched to see what has happened to the wrecks, while the cabinet has been informed. The desecration of a war grave is a serious offence (sic).”

This desecration was most likely part of an illegal scavenging operation for profit. These ships’ steel is especially profitable because it was forged before the 1945 Trinity test, the world’s first nuclear detonation. Because producing steel requires atmospheric air, trace radiation from nuclear tests has contaminated all steel produced since Trinity, making it unsuitable in situations requiring steel with a high level of purity from radioactivity.

The three Dutch ships in question aren’t the only ones that fit this bill. The coastal areas around Indonesia, Singapore, and Malaysia are the final resting place for more than 100 ships and submarines sent to a watery death during World War II. And scavengers have taken notice.

The New Straits Times reported last year that people posing as fishermen were blowing apart shipwrecks in the area with explosives before scavenging the steel, aluminum, and brass, according to instructors from a Malaysian recreational diving school. One ship scavenged last year was the U.S. Navy’s USS Houston, which went down with 650 American servicemen in 1942.

As for the newly missing Dutch ships in question, they went down during the costly Battle of the Java Sea, fought between Allied and Japanese forces. It was a resounding victory for the Japanese, their steppingstone to gain control of all the Dutch East Indies.

After sinking, the shipwrecks weren’t discovered until 2002 during an amateur diving expedition. The Dutch government then recognized it as a sacred war grave to honor the more than 2,000 people who perished with the ships.

Next, read the most fascinating little-known World War II facts, before checking out five sunken ships far more interesting than the Titanic.