In the era of social distancing, making TikTok videos is both convenient and a popular way to break the routine. None of these teens could've guessed what a casual shoot would lead them to. 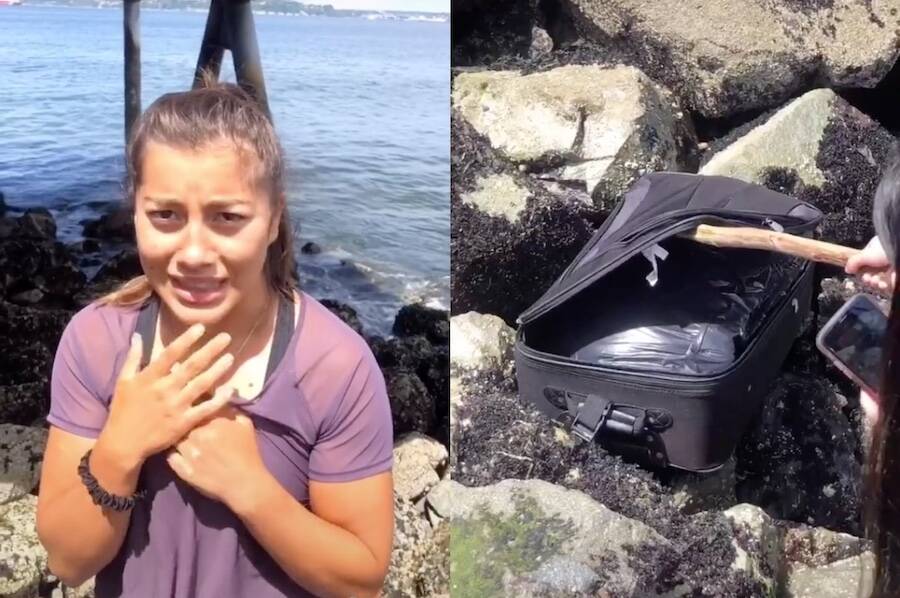 TikTokThe teenagers were sent to the area by an app that creates random coordinates and sends people to outdoor locations.

The social media platform TikTok has taken the world by storm, as playful videos helped the world stay connected while maintaining social distance. Unfortunately, a group of teenagers in Seattle, Washington made a macabre discovery mid-shoot — when they discovered a suitcase stuffed with human remains.

According to The New York Post, the luggage was found on a Seattle beach last Friday, and actually consisted of two suitcases. While the teens initially only found one — on the shoreline near Luna Park — police found another in the water upon arriving at the scene.

The captured footage posted on TikTok the following morning was all the more disturbing as it showed the blissfully unaware teens laughing while approaching the suitcase. TikTok user UghHenry captioned the video with the hashtags #crime, #murder, and #washington, and explained:

“Something traumatic happened that changed my life. We found this black suitcase. We were joking that maybe the suitcase would have money…[But] the smell was overwhelming.”

A KIRO 7 news segment on the discovery of human remains in Seattle.

“Open it! It stinks, yo,” an offscreen voice can be heard yelling as the group of teens approached the luggage.

One of the girls then used a stick to open the suitcase and look inside, where the sight of a black plastic bag caused her to shoot the camera a nervous look. According to The Daily Mail, one of the captions explained that the girls felt “a little scared” and “nervous” at this point.

The footage then cut to one of the girls on the phone with police. The teens later raised concerns about the speed of police response, claiming it took officers hours to arrive on the scene. Seattle Police say they responded to the call within an hour and a half.

Fortunately, none of the teens realized there were human body parts in the suitcase until the incident hit the news later on. Residents in the area were naturally extremely uneasy about the whole thing.

“I was stunned and shocked,” said John Rodie of West Seattle. “It’s frightening to think that there’s someone out there that would do something like that.”

While the discovery of one suitcase containing human remains was shocking enough, investigators called detectives to the area in case there was more to be found. Unfortunately, it didn’t take long for them to find a second piece of luggage in the water. 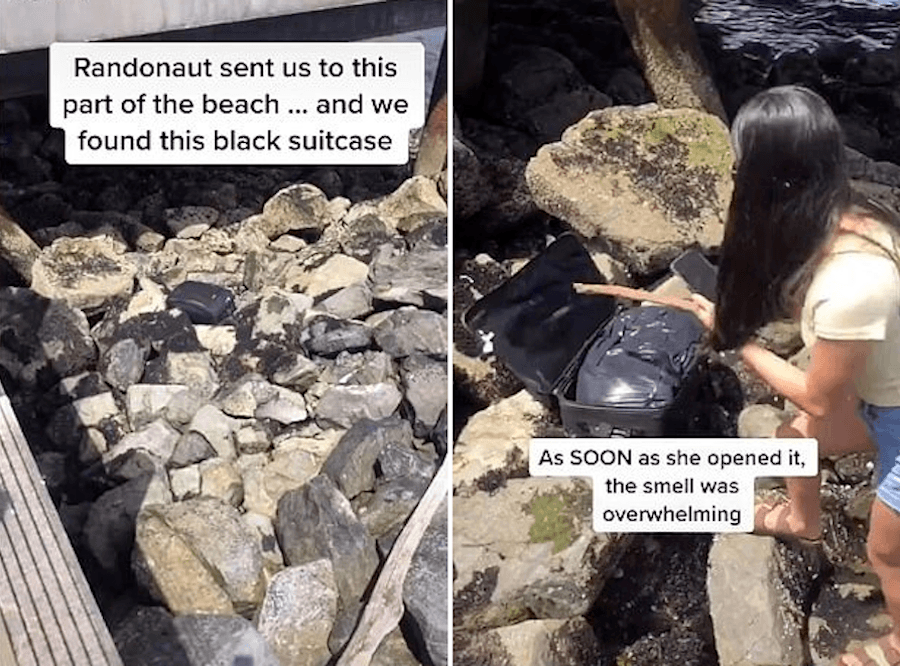 TikTokThe remains are currently being identified — alongside the cause of death.

As it stands, the human remains were taken to the King County Medical Examiner’s Office for analysis where both the cause of death and identity of the deceased will be determined. Curiously, the teens only found the luggage because an app called Randonautica instructed them to go there.

The app uses a random number generator to produce a set of coordinates, designed to encourage people to explore outdoor areas around them. Users are instructed to set an intention before that process takes place, and report back later on if their experience satisfied their goal.

“There are two main parts to randonauting,” said Joshua Lengfelder, who founded the app. “Exploring blindspots or places nearby that are outside of your conscious awareness, and experimenting with mind-machine interaction; the hypothesis that consciousness can influence the distribution of random numbers.”

Ultimately, it seems clear that this enthusiastic group of teenage TikTok users had no intention of finding a dead body stuffed into a piece of luggage.

On the other hand, their accidental discovery helped police find a presumable victim of a horrible crime — bringing them a vital step closer to solving it.

After learning about the TikTok teens who found a suitcase stuffed with human remains in Seattle, read about the gallon-sized jars of human remains including an infant and tongues that were discovered in a Florida crawlspace. Then, learn about the angry Florida woman who zipped her boyfriend into a suitcase and taunted him as he suffocated to death.