In 2011, Timmothy Pitzen left school with his mom. Three days later, she was found dead and no one has heard from the boy since. 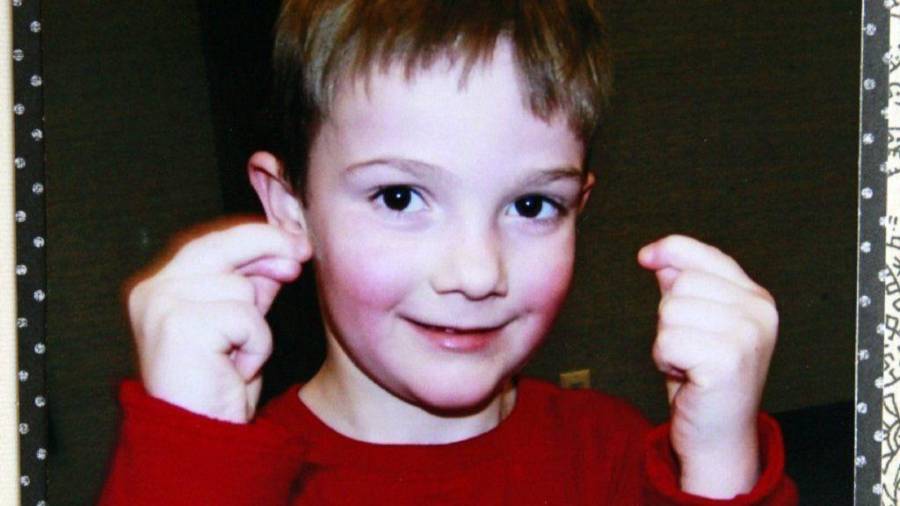 It’s been nearly eight years since anyone’s seen Timmothy Pitzen. The six-year-old’s mother, Amy Fry-Pitzen, checked him out of his Illinois elementary school on May 11, 2011 to go on a road trip. Their journey included water park and zoo visits, according to CNN.

The mother’s corpse was discovered three days later. Her wrists were slit.

The apparent suicide scene in a Rockford, Illinois hotel room contained an ominous note — and no trace of her son. The letter stated that Pitzen was now with people who loved him, and ended with one of the eeriest, most intriguing claims put to paper.

The first 48 hours after someone disappears are, as avid true crime obsessives know, the most indicative of how well a missing persons case will end. Pitzen disappeared nearly a decade ago, making it difficult for investigators not to lose hope — until now.

The Rediscovery Of Timmothy Pitzen?

According to The Chicago Tribune, Sharonville, Ohio police filed a report on April 3, 2019 that may have sparked the first promising trace of the missing Aurora boy in years.

The police report stated that dispatchers in Kentucky said a 14-year-old named Timmothy Pitzen ran off and dashed over a bridge over the Ohio River and into Kentucky. According to The New York Times, bystanders intially thought he was trying to steal a car – until they noticed abrasions on his face.

He identified himself as Timmothy Pitzen, and said he’d been held captive for years. He said he’d been traded, and passed around, and that all he wanted was to go home. Using that name, alone, suggests this might actually be the missing boy.

While investigators are considering that to be the case, his identy has to be officially confirmed. The timeline certainly fits, as Timmothy would now match the yet unidentified teenager’s age.

Intrigued by the potential to make these bizarre puzzle pieces fit, Aurora police dispatched two detectives. Sgt. Bill Rowley said the five-hour drive to Cincinnati and a subsequent talk with the teen could clarify matters. The results, however, are still as cloudy as ever.

“We’ve probably had thousands of tips of him popping up in different areas,” Rowley told AP. “We have no idea what we’re driving down there for. It could be Pitzen.”

“We don’t know if it’s a hoax. Obviously, everyone’s hopeful, but we have to be super judicious.” 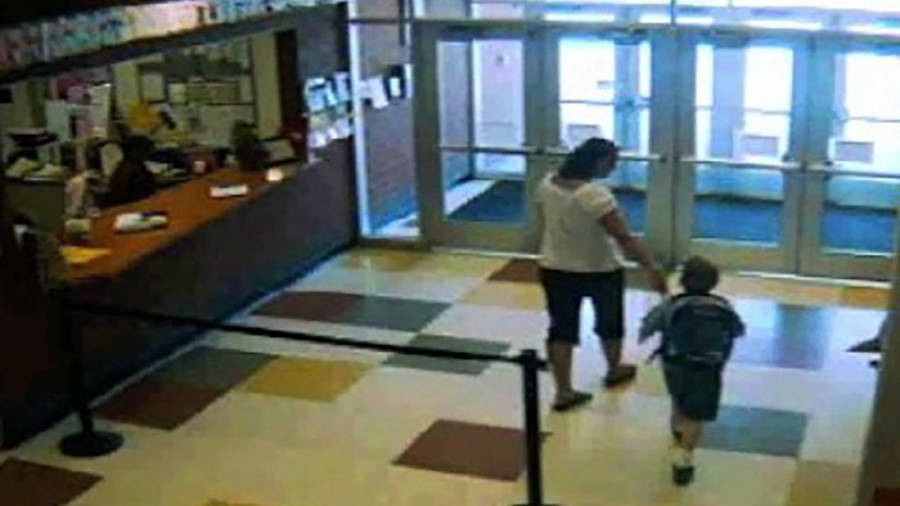 Aurora Police DepartmentAn image from the surveillance footage showing Timmothy Pitzen and his mother leaving Greenman Elementary School on May 11, 2011.

The strange saga of Timmothy Pitzen’s disappearance began soon after his father dropped him off at school on May 11, 2011. Seeing his son go into Greenman Elementary School in Aurora was the last time he got a direct look at him.

After mother Amy Fry-Pitzen picked the boy up from school, the two set out for a three-day trip of harmless fun and familial bonding. That was the plan, at least.

Instead, she was found dead, and her son was never found at all.

The mysterious story made its first national waves shortly after the disappearance, with a segment on “20/20” and an article in People. Footage from a surveillance camera, too, captivated audiences across the country.

It showed the young boy playing with a toy truck, walking alongside his mother, at resorts in Wisconsin Dells, Wisconsin and the suburbs of Gurnee. The last known sighting occurred as they left a Wisconsin water park on May 13, 2011 — shortly before his mother checked into the Rockford hotel.

Ultimately, authorities seemed to have conducted a thorough investigation. Cell phone records and emails were combed over, reported sightings were followed up on, and thousands of leads were analyzed and assessed — despite the considerable alternative that he may well be long dead.

The early days of Pitzen’s disappearance had his father, James Pitzen, terrified of the potential outcomes. He said he was scared, but retained a semblance of optimism. He said his son was intelligent, resourceful, and would eventually be found.

Greenman Elementary School planted a garden as a tribute to Timmothy Pitzen a few years ago. Teachers and staff haven’t forgotten the shocking incident in 2011, rather, have endured the opposite — they’ve spoken regularly about the cruelty of the sudden disappearance, and the pain it caused everyone in their community.

The Identity Of The Newly-Emerged Boy 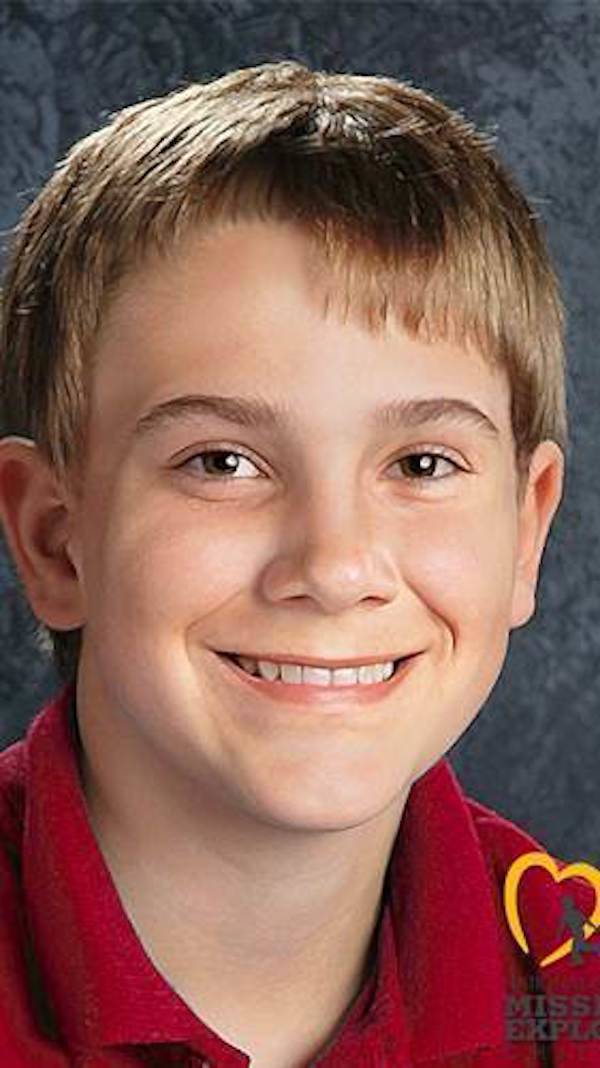 National Center for Missing and Exploited ChildrenA digital progression photo that attempts to gauge what Timmothy Pitzen would look like as a young teen.

The new Ohio police report contained some fairly promising details about the 14-year-old who may be Timmothy Pitzen — and his two potential kidnappers.

The teenager described his kidnappers in the Ohio police report as two white men. One wore a Mountain Dew T-shirt, jeans, had black curly hair, and a spider web tattoo on his neck. The other was short in stature and had a snake tattoo adorning his arm. They drove a Ford SUV with Wisconsin plates.

Though he said the two men and the boy had been staying at a Red Roof Inn hotel, the teenager said he wasn’t sure where that was.

When Sharonville police swept the local Red Roof Inn and motels in the area, they found nothing. When they called Pitzen’s grandmother, Alana Anderson, she hesitated to comment on the matter — until she knew whether or not the teen near Cincinnati was actually her grandson.

“We’ll have to vet this out,” said Rowley. “Now we have a grandmother, dad and aunt wringing their hands, hopeful. We are hoping this isn’t a hoax, because just imagine the letdown.”

Whether the 14-year-old in question is actually Timmothy Pitzen or not, he certainly claimed he’d been kidnapped by two men.

As it stands, an FBI spokesman in Louisville explained that the bureau was investigating the matter with the Cincinnati and Newport, Kentucky police departments, as well as the Hamilton County, Ohio sheriff’s office, and Aurora police. 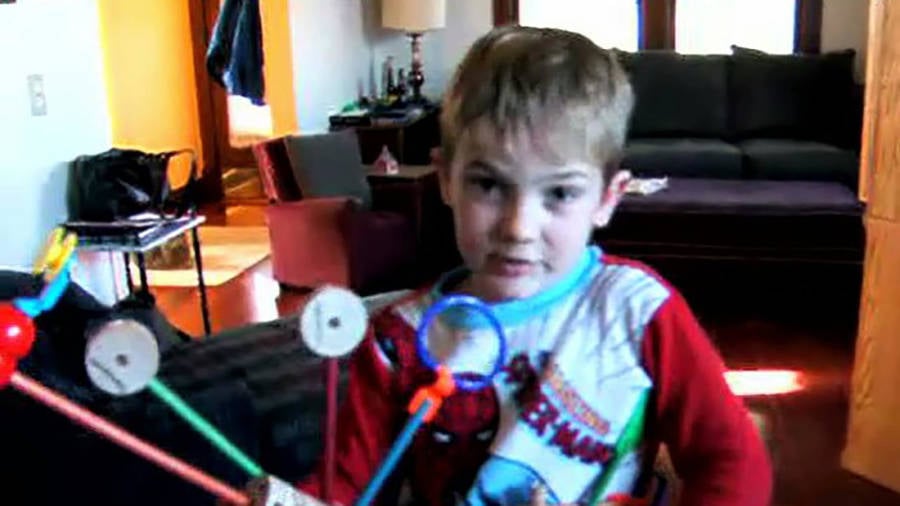 Aurora Police DepartmentAn image from a home video showing Timmothy Pitzen playing with a toy guitar, released to help with his search.

Rowley explained that, though they’ve met with the teenager, spoken with him, and are analyzing his claims — identifying him would still take a substantial amount of time. All the while, the sergeant’s hopes teeter between visceral enthusiasm and warranted disappointment.

“This could the story of a decade,” he said. “But if it’s not, it’ll be a horrible letdown.”

According to the NY Post, this latest promising lead was sadly yet another instance of false hope on the search for the missing boy. The teenager who claimed to be Timmothy Pitzen was actually a 24-year-old man, as evidenced by DNA analysis.

The FBI in Louisville discovered that the teen was actually Bryan Michael Rini of Newport, Kentucky. Though he was severely bruised, had abrasions on his face, and directly stated that he was Timmothy Pitzen — his assertions were baseless.

As it stands, no further details regarding why he attempted to assume a false identity were uncovered or released. In the end, the Pitzen family was, tragically, wise not to raise its hopes until concrete proof was available.

After learning about the strange disappearance and potential discovery of Timmothy Pitzen, read about the unexplained disappearance of Kris Kremers and Lisanne Froon. Then, learn about Michael Rockefeller and the cannibals behind his disappearance.