Timothy Dexter made absurd investments that somehow panned out, wrote an entire memoir without a single piece of punctuation, and faked his own death just to see how he would be mourned.

On July 4, 1793, Timothy Dexter gave a speech in Boston to celebrate the new nation. But the eccentric millionaire decided to speak in French — in spite of the “small chance I have had to learn French.”

His lack of familiarity with the language showed. During the speech, Dexter wished his audience good “breeding,” “piety,” and “wine.”

It was only one of many memorable moments in the life of self-declared Lord Timothy Dexter. 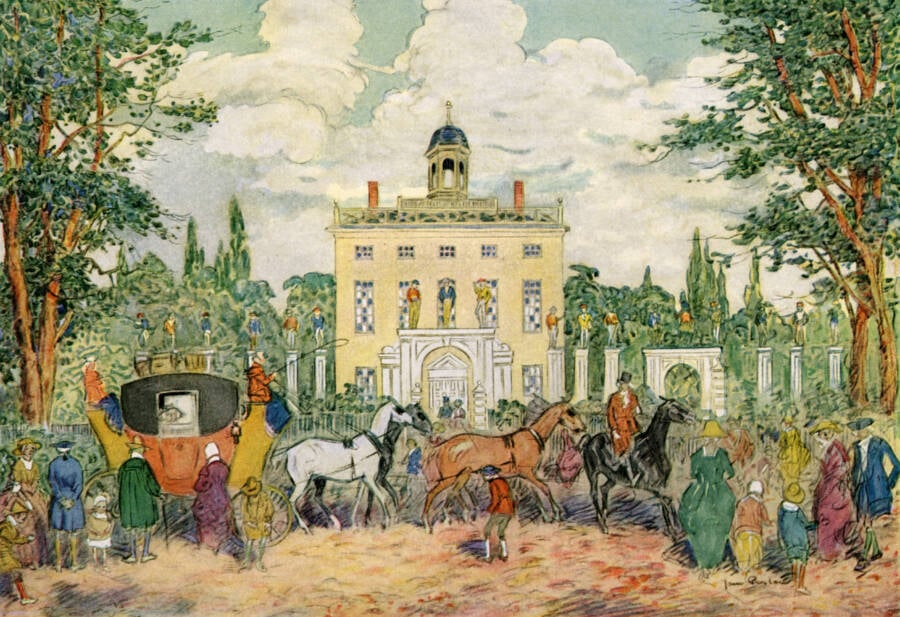 But who was Timothy Dexter? An 1801 political primer dubbed Thomas Jefferson “the first man,” and war hero Ethan Allen “the strongest man.” Timothy Dexter made the list as “the strangest man.”

Dexter, who dropped out of school at age 8, became rich as a merchant and speculator. Despite his wealth, Dexter struggled to win over New England elites — in part because they saw him as uncouth and uncultured.

One newspaper declared that Dexter’s “ignorance was almost without a parallel in the United States of America.” And yet, Timothy Dexter made a fortune several times over and became a celebrated author, although his book contained no punctuation.

“I found I was very lucky in spekkelation,” Timothy Dexter explained. “Spekkelators swarmed me like hell houns.”

Those speculators were often Dexter’s rivals, who disliked the nearly illiterate millionaire. They fed Dexter terrible advice, hoping the man would destroy his fortune and be forced out of Newburyport.

One rival told Dexter to ship bed warmers to the Caribbean. Dexter took their advice and snatched up 42,000 pans, then sent them to the tropical West Indies. When he found no demand for bed warmers, Dexter made the best of the situation and marketed them as molasses ladles — and they sold for an even higher price. 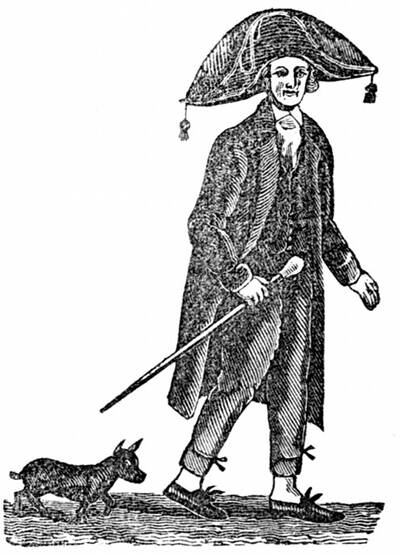 James Akin/Wikimedia CommonsAn 1805 engraving of Dexter, labeled “a full length portrait of the Eccentric Character with his Dog, engraved from Life, by James Akin.”

Other accounts had a second rival convincing Dexter to ship coal to Newcastle — Britain’s largest coal mining town. Dexter agreed, and by some twist of fate, the coal reached Britain during a strike, netting Dexter another hefty profit.

Every time Dexter made a seemingly terrible financial decision, it somehow paid off. When he shipped winter gloves to the South Pacific, Portuguese sailors snatched them up on their way north to colder climates.

And when Newburyport became overrun with stray cats, Dexter scooped them up and shipped them to the Caribbean, where plantation owners bought them up to keep their warehouses clean.

But Dexter’s life began in poverty — before a chance investment changed his life.

Timothy Dexter Strikes It Rich During The American Revolution

Where did Timothy Dexter get his fortune? He wasn’t born into wealth: his family members were farm laborers. Born in 1748, Dexter took an apprenticeship in Boston as a teenager. After training for five years, he opened his own leatherworking business.

Then the Revolutionary War shut down life in Boston. The British closed the ports. Dexter, meanwhile, continued working and eagerly looked for ways to advance his status and wealth.

The first step, Dexter decided, was holding a public office. Although he’d left school before his ninth birthday, Dexter petitioned the town of Malden to appoint him to office.

After a one-man letter-writing campaign, the town granted Dexter a title: “Informer of Deer.” Dexter’s job was to track the deer population in town. Malden officials had invented the job to stop Dexter from pestering them. As town records revealed, “the last deer had disappeared from the Malden woods 19 years before.”

Now with an official office, Dexter shifted his focus to financial success. He took his life savings and invested everything in Continental dollars — the devalued currency printed by the Continental Congress. 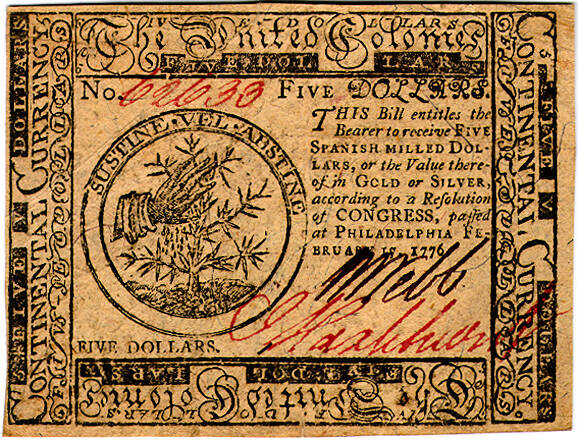 Dexter scooped up all the Continentals he could find, bankrupting himself and his wife. However, when the U.S. Constitution was signed, it contained a provision allowing Americans to trade in their Continentals for treasury bonds. The value of the worthless currency shot up — and suddenly, Dexter was fabulously wealthy.

Although he became shockingly wealthy, Timothy Dexter always longed for respect from New England elites. Dexter loved it when people called him “Lord” and tried to encourage people to use the title.

In Newburyport, on the coast of Massachusetts, Dexter built a “princely chateau” with “tasteful and commodious outhouses.”

In the front yard, he showed off 40 enormous statues. Each cost a stunning $2,000 — adding up to more than double the cost of the chateau. The wooden statues celebrated the greatest Americans — including Dexter himself.

Bufford/Wikimedia CommonsA view of the Dexter mansion before the statues were taken down.

In spite of his self-proclaimed status as the greatest philosopher, Dexter’s book convinced many that he was insane. Called A Pickle for the Knowing Ones, or Plain Truths in Homespun Dress, the book lacked a single punctuation mark. One critic called it “a jumble of letters promiscuously gathered together.”

“I wans to make my Enemys grin in time,” Dexter wrote, “Lik A Cat over A hot pudding and goue Away and hang there heads Doun Like a Dogg bin After sheep gilty.”

The book became a bestseller, eliciting even more ire from Dexter’s detractors. In response to complaints that he included no punctuation in the book, Dexter added an addendum made up only of punctuation marks. 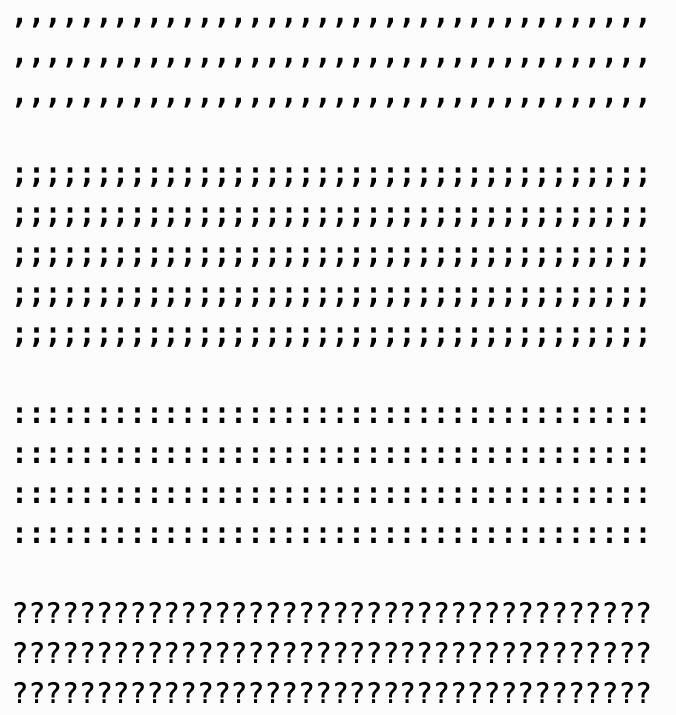 Eager for approval, Dexter modeled himself on royalty. He hired a poet laureate to celebrate his brilliance, imitating the Roman laurel by dressing his poet’s head in parsley. Dexter found his 20-year-old poet laureate hawking halibut at the market.

The Legend Of Timothy Dexter

Timothy Dexter was obsessed with his legacy. He even hosted a fake funeral to see how many mourners would show up. The tomb Dexter constructed for his eventual burial was so large and elaborate that the town declared it unsafe for burial. Instead, Dexter was interred in a simple grave after his death in 1806.

Dexter’s contemporaries declared him “grotesque and idiotic.” Others praised his genius and called him a great man.

Dexter’s biographer Samuel L. Knapp, summed him up this way: “There are but few men who are sufficiently attentive to their own thoughts, and able to analyze every motive or action. Among these, Timothy Dexter was not one.”

After reading about Timothy Dexter, check out more on history’s most eccentric people. Then read about the Witch of Wall Street, the miserly woman who made a fortune in the Gilded Age.