After losing two of his sons, a son-in-law, a brother, and a nephew to the Mafia, Tommaso Buscetta became the first Sicilian mobster to break the Cosa Nostra's deadly serious code of silence known as omertà.

You may have never heard of Tommaso Buscetta, but nearly 400 members of the Mafia certainly wish they never had.

He was the first Sicilian mobster to break omertà — the Mafia code of silence — and consequently aided in the convictions of hundreds of Mafiosi.

Buscetta’s criminal career saw him through Italy to the United States and Brazil. In the end, the well-respected soldier became nothing more than a pentito, an informant for the law.

His contributions included testimony at the Maxi Trial, which became the biggest anti-Mafia trial in history. Even after judges Giovanni Falcone and Paolo Borsellino were murdered, Buscetta continued to boldly provide testimony to the Anti-mafia Commission. 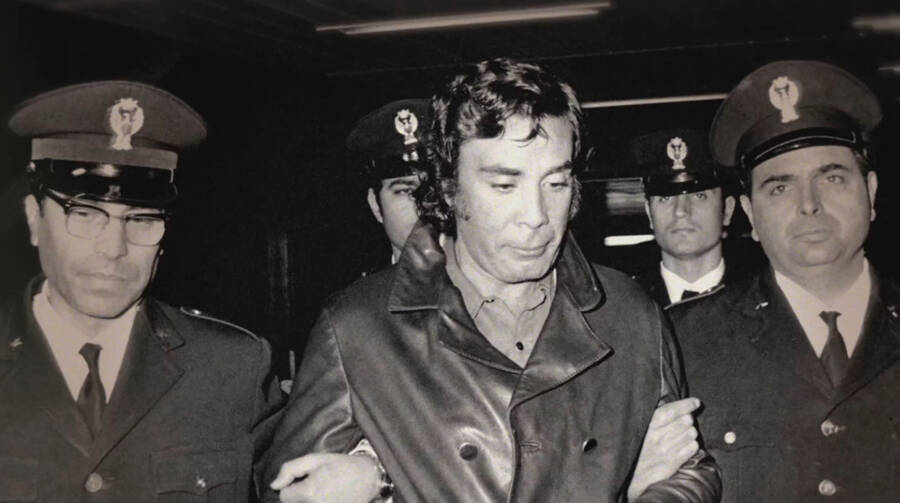 Sicily PublicityTommaso Buscetta was arrested numerous times across the 1960s and 1970s. It was in 1982, however, that he finally decided to cooperate with the law — in venegance against the very mob he once protected.

Though the man spent the rest of his years in the Witness Protection Program, his name rings across the underworld to this day as perhaps the most effective so-called rat that ever called himself a Made Man.

The January 2020 movie The Traitor chronicles Buscetta’s confessions, but this cinematic exploration of the man’s life is undoubtedly dramatized. You can get the true story here.

The Early Life Of Tommaso Buscetta

Tommaso Buscetta was born to a glass worker in Palermo, Sicily on July 13, 1928. According to The New York Times, he was the youngest of 17 children and the only Buscetta to join the Mafia. Raised in poverty and surrounded with little opportunity, he rather quickly gravitated toward crime.

Buscetta started out like most others in the Sicilian Mafia, namely as a soldier.

His first involvement with the local Mafia was at the end of World War II when he was 17. He began as a cigarette smuggler throughout the 1950s and 1960s. He garnered Camel and Pall Mall from central Palermo’s Bar Commercio.

According to The Guardian, Buscetta emigrated to Brazil shortly afterwards, and it was here where he met his third wife, Cristina, in 1971.

But Buscetta truly elevated his status in organized crime when he traveled to New York and briefly found work within the Gambino crime family.

It would be his drug trafficking activities back in Brazil in the 1970s, however, that had him extradited to Italy in 1972 where he served eight years in prison. 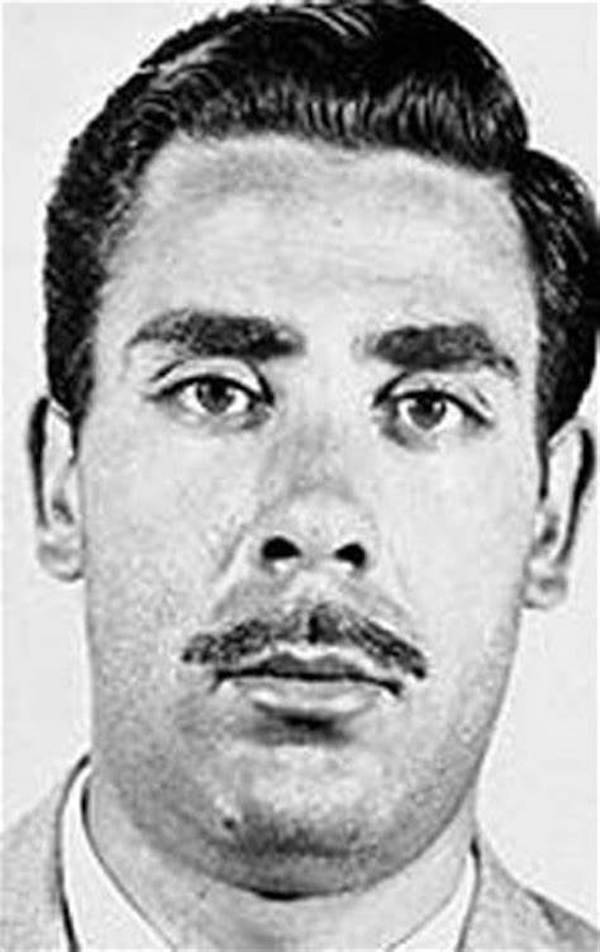 Wikimedia CommonsBuscetta smuggled cigarettes throughout the 1950s and 1960s and eventually began drug trafficking in Brazil. He was extradited to Italy in 1972 and served eight years in prison.

Adamant to avoid the Second Mafia War in the country, he returned to Brazil immediately upon his release in 1980.

Though his rank in the Mafia remained low, his intellect and worldliness made even the highest members of the Cosa Nostra seek his advice. He became known as “The Boss of Two Worlds,” even though his rank never exceeded that of a soldier.

The Pentito Who Broke Omertà

Among their many rules, the Cosa Nostra had a rather strict sexual code that dictated a man keep his family unit intact and kept mistresses thoroughly separate from their public lives.

Buscetta violated this rule long before he broke omertà through numerous affairs and three marriages.

His third wife, Cristina — who lives under a fake name to this day — said: “breaking omertà was really the hardest decision of his life because he had this sensation that he broke something that was sacred.” 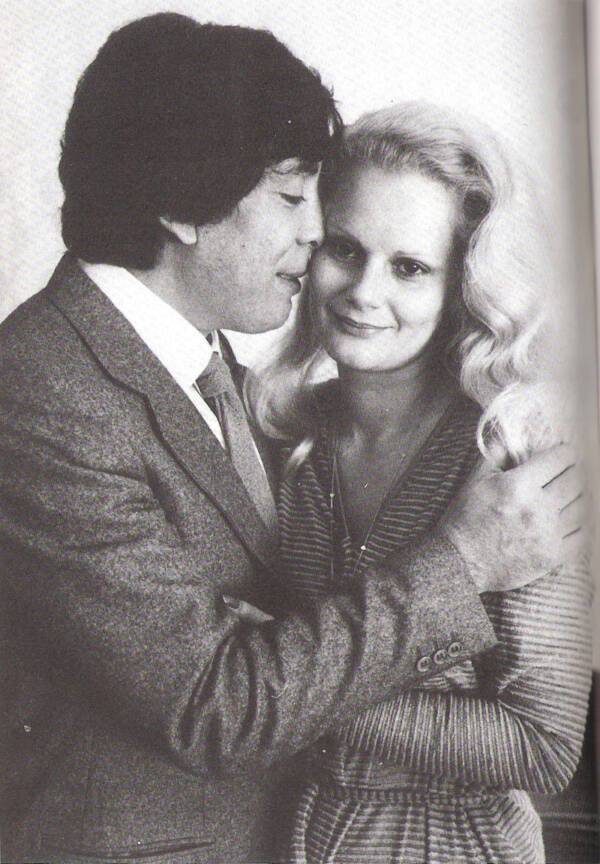 The AntiMafia ArchiveBuscetta’s third wife, Cristina, remains in hiding and broke her silence only recently for a documentary on her late husband.

Filmmakers Mark Franchetti and Andrew Meier explored in their 2019 documentary on Buscetta, Our Godfather: The Man the Mafia Could Not Kill why he switched sides so brashly.

“I think there are several factors in why Tommaso broke the code of omertà,” said Franchetti. “I would say the absolutely crucial one is the fact that they went after his family and started systematically wiping them out. It was a turf war.”

Indeed, in 1982, Mafia hitmen killed two of Buscetta’s sons, a son-in-law, his closest brother, and a nephew in Palermo.

After he was arrested in Brazil the following year, he agreed to cooperate with Italian and American law enforcement. He signed what became a 3,000-page confession.

“For me, death has been like shade on a sunny day. As a Mafioso, I knew I had to get accustomed to its company. It was in the rules,” Buscetta recalled in an interview shortly before his death. “The useless death of others, the unjust death of innocents, convinced me not to remain a Mafioso.”

Franchetti added that “in a sense, it’s an issue of revenge.”

The official trailer for Our Godfather: The Man the Mafia Could Not Kill.

Unfortunately, Italy didn’t have a witness protection program at the time, so American authorities took on Buscetta’s safety themselves and hid him in a New Jersey safe house.

A DEA agent described Buscetta at the time as “the most important, the most wanted, and most endangered witness in American criminal history.”

It was July 16, 1984, when Buscetta uttered his first words of betrayal in a Criminalpol headquarters office in Rome.

He first warned anti-Mafia judge Giovanni Falcone that this game of confessions was a dangerous one. 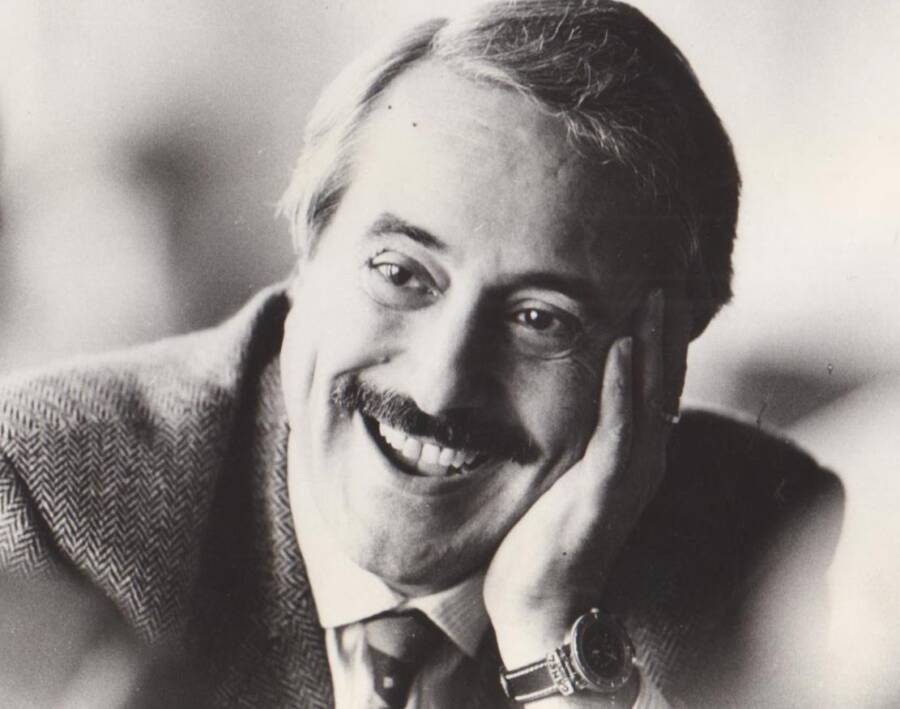 Wikimedia CommonsGiovanni Falcone was warned by Buscetta that the mob would try to kill them both. Falcone was killed in a bomb attack in 1992.

“First, they’ll try to kill me, then it’ll be your turn,” he said to Falcone. “They’ll keep trying until they succeed.”

Falcone nonetheless forged ahead and was killed in a bomb attack in 1992. His investigating partner Paolo Borsellino was murdered two months later.

For lead prosecutor Louis Freeh, who eventually became director of the FBI, Buscetta’s contributions to help the courts understand how the Mafia operated were integral.

Before his death, Falcone said in an interview of Buscetta’s cooperation that, “Before him, we had only a superficial idea of the Mafia phenomenon. With him, we began to see inside the organization…He provided us with an essential interpretative key, a language, a code.”

For Franchetti, it was Buscetta’s charm which he found most intriguing. “Everyone always talked about him as this very charismatic, very charming, very educated, well-spoken man. We couldn’t find anyone who would say, ‘He was a real son of a bitch.'” 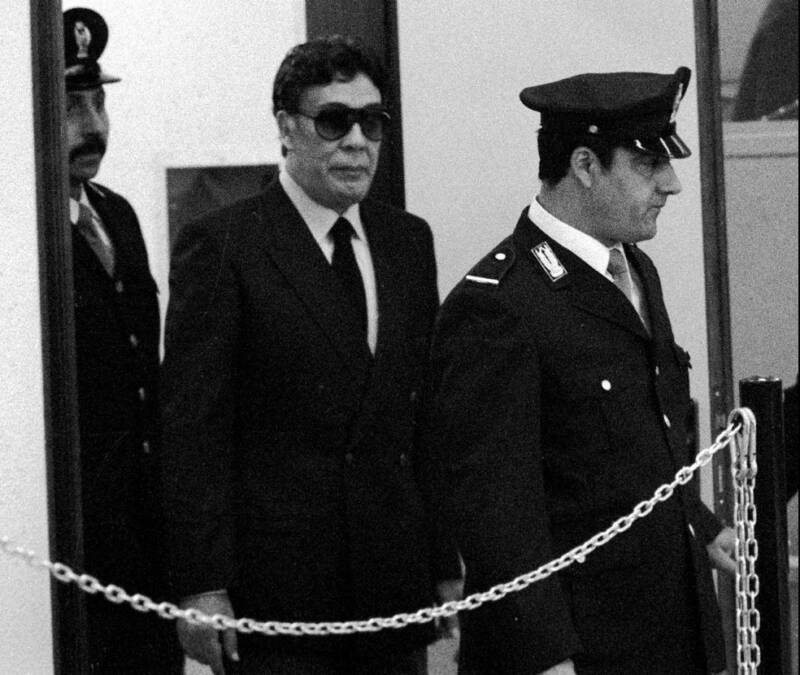 Wikimedia CommonsBuscetta’s testimony at the Maxi Trial aided in the convictions of nearly 400 mobsters. He lived under a fake name in the witness protection program in return for his cooperation.

Of course, the mob never forgot nor forgave Buscetta for his trespasses.

After his death in 2000 at the age of 71 from cancer, he was buried in Miami, Florida under a fake name. His widowed wife Cristina and remaining son Roberto said not even their neighbors knew who they really were.

To this day, Buscetta’s descendants live in fear of being targeted. “The Mafia does not forget,” Cristina Buscetta told the documentary makers.

Though Cristina and Roberto agreed to participate, many other relatives flatly refused to appear on camera.

The official trailer for the The Traitor, based on Tommaso Buscetta’s life.

Even Roberto, who said that “killing Tommaso Buscetta’s son would be a perfect trophy,” demanded his face never appear fully in the footage. As for The Traitor, the feature film is sure to add even further scrutiny to the family’s history and surviving members.

Buscetta’s cooperation garnered him a strange freedom, one outside of prison but in a cage of its own: secrecy. It is arguably his nameless, fearful, descendants who have suffered the most for his unprecedented confessions.

After this look at Tommaso Buscetta, the first member of the Italian Mafia to break omertà, read about Henry Hill, the mobster behind the real-life ‘Goodfellas’. Then, learn about the 1980s Mafia through these 27 shocking images.