The tongue-eating louse is the only known parasite that can functionally replace a host's organ. 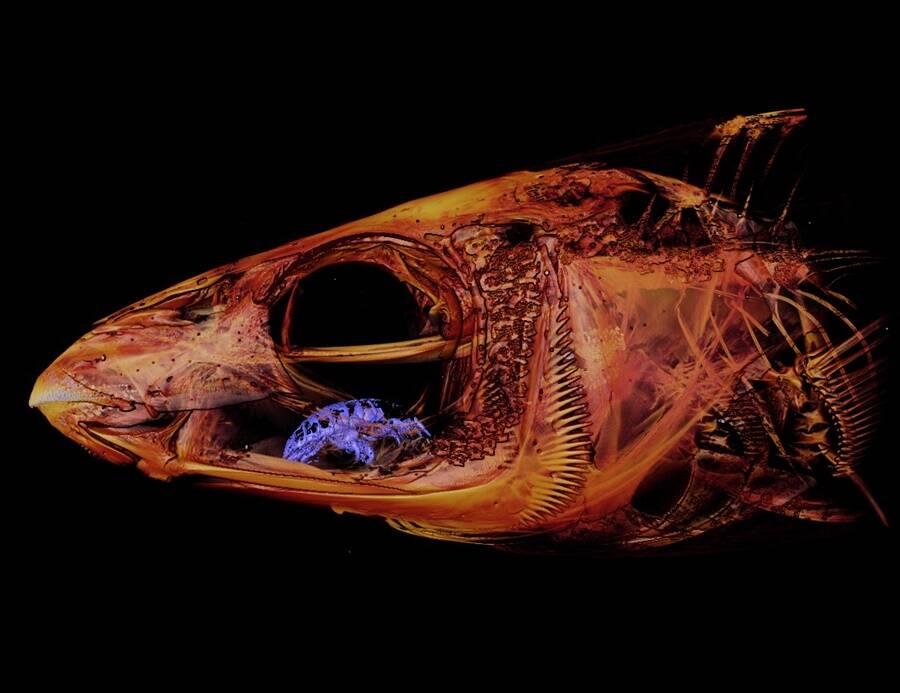 Kory Evans/TwitterBiologist Kory Evans found a parasitic tongue-eating louse inside one of his fish specimens’ mouth. These organisms are known as ‘fish lice.’

The tongue-eating louse is causing a stir online after a biologist found it inside of a fish’s mouth. The parasite had eaten a fish’s tongue and had burrowed itself inside the animal’s mouth.

According to Live Science, the parasitic stowaway was uncovered by Kory Evans, an assistant professor in the Department of BioSciences at Rice University in Houston, Texas.

It was a surprise discovery during Evans’ work for his special research project in which he has been digitizing the x-rays of fish skeletons to study their morphology and create a database for researchers around the world. Evans, who is active on social media, frequently shares his scans online under the hashtag #BackDatWrasseUp, a reference to a species of coral reef fish known as wrasse fish.

But when he examined the head of a herring cale (Odax cyanomelas) wrasse one morning, Evans noticed something unusual inside the fish’s mouth.

“It looked like it had some kind of insect in its mouth,” Evans recalled. “Then I thought, wait a minute; this fish is an herbivore, it eats seaweed. So I pulled up the original scan, and lo and behold, it was a tongue-eating louse.”

Mondays aren't usually this eventful. I found a tongue-eating isopod (purple) in one of our wrasse scans this morning while digitizing it. These parasites attach themselves to the tongues of fishes and effectively become the new tongue…horrifying #backdatwrasseup pic.twitter.com/axlraUrh8W

The phenomenon of these tongue-eating louses, otherwise known as “fish lice,” masquerading as a fish’s tongue is not new. Still, it’s pretty wild to find this parasitic interaction inside a caught specimen.

There are roughly 380 species of these parasites which are marine isopods or small crustaceans that typically target fish as their hosts. They invade the fish’s body through its gills before gripping onto the animal’s tongue to feed. They continue until the tongue’s blood circulation is depleted, causing the tongue to atrophy and essentially drop off.

That’s when these terrifying buggers make themselves at home inside the fish’s mouth, posing as a brand new tongue. It sounds gross but it’s actually a symbiotic setup for both organisms: the isopod functions just like a real tongue inside the fish while it continues to feed on the animal’s mucus.

According to researchers, the relationship between a fish and its tongue parasite can go on for years.

Lucky for Evans’ followers online, they got to see what this mutually beneficial yet creepy setup looks like after he posted a scan of the tongue parasite on social media.

And while lay folks online were fixated by the ickiness of it all, fellow biologists marveled at Evans’ shared finding. 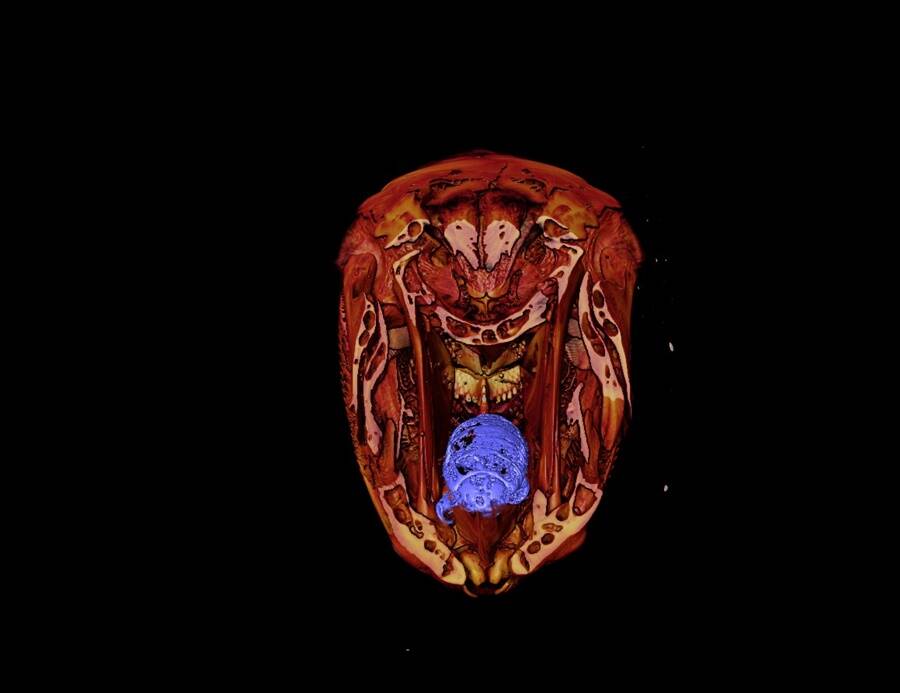 “I don’t want to say it looks cute inside the mouth because well parasite butttttt they look like they are doing a cute little photo shoot together,” wrote marine biologist Jahnita DeMoranville, reacting to Evans’ post.

Another follower, Amanda Hay who is an Ichthyology Collection Manager at the Australian Museum, shared a photograph of another tongue-eating isopod — this one working double-team with another parasite inside the mouth of a single bonito fish. The photo was captioned “double bunger.”

Evans plans to continue his project on wrasse fish which he likened to the extraterrestrial beings in Alien.

He added: “It’s like if you saw a Cheeto on the other side of your kitchen, and you just throw your jaws at it while standing in place.” So far, Evans has scanned 200 species of wrasse for his project.

Maybe he’ll find another eyebrow-raising natural act — and hopefully we’ll get to see it, too.

Next, read about the zombie parasite that lives inside a fish’s eyeball — and controls its behavior and learn about the black swallower fish which can swallow prey 10 times its own mass.