This parasite lives and grows inside the unsuspecting fish's eyeball before forcing the fish to get itself eaten by a bird. 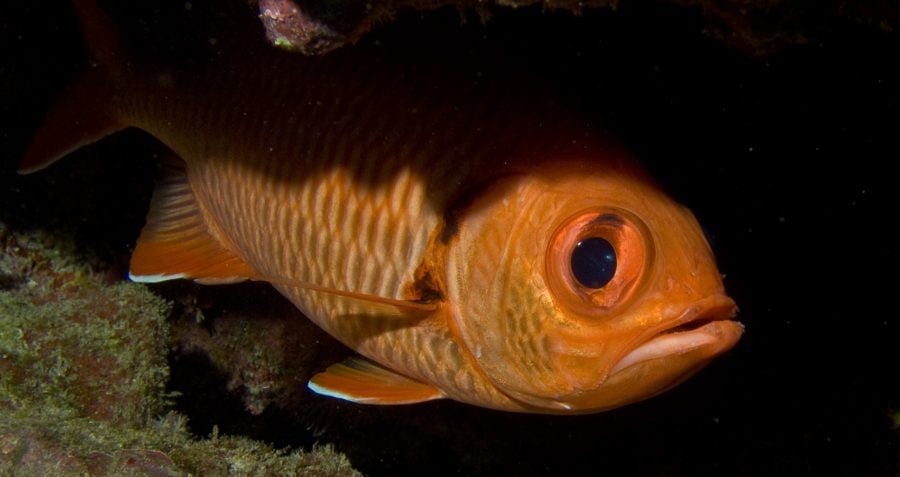 Some parasites simply kill their hosts. Other parasites, however, force their hosts to kill themselves.

Although the latter option may seem unspeakably creepy, it is in fact what happens to fish infected with the Diplostomum pseudospathaceum parasite, according to a new study published in Behavioral Ecology and Sociobiology.

The new research shows that this parasite penetrates a fish’s skin before traveling to its eye and setting up shop inside so that it can grow. Once there, the parasite can control the fish’s behavior, ultimately forcing the fish to get itself eaten by a bird.

This is all part of the parasite’s complex, tripartite life cycle, as New Scientist explains:

First, parasites mate in a bird’s digestive tract, shedding their eggs in its feces.

The eggs hatch in the water into larvae that seek out freshwater snails to infect. They grow and multiply inside the snails before being released into the water, ready to track down their next host, fish.

The parasites then penetrate the skin of fish, and travel to the lens of the eye to hide out and grow. The fish then get eaten by a bird – and the cycle starts again.

Russian researchers first picked up on all this in 2015, when they observed that fish (rainbow trout, in this case) infected with this parasite exhibit several traits that make them more susceptible to avian predators. These traits include swimming in both highly conspicuous patterns and nearer to the water’s surface.

The same group of researchers has now confirmed those earlier results with a new experiment that shows even more clearly just how helpless these infected fish are.

The researchers simulated a bird attack by creating a bird-like shadow above the fish tank. While the uninfected fish briefly froze, they soon took evasive maneuvers to escape the threat. The infected fish, however, froze in place and stayed frozen for significantly longer than the uninfected fish — as if they were asking to be eaten.

And with the Diplostomum parasite lodged inside their eyeballs, asking to be eaten is precisely what those fish were doing.

Next, have a look at the most disgusting parasites in humans. Then, check out seven truly bizarre ocean creatures that almost don’t seem real.