The mound discovered in Touran-Uyuk held a number of exquisite gold funerary objects and was constructed by the nomadic Scythian people in the 6th century B.C.E. 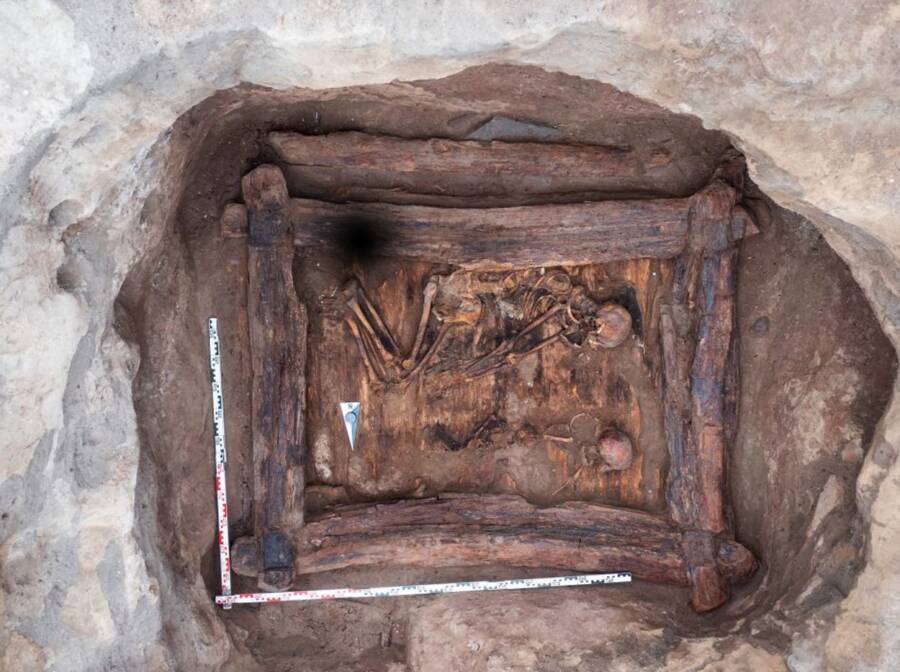 Igor PieńkosA woman and young child were among the five bodies found in Siberia.

Amid the sprawling green vista of the Touran-Uyuk valley in Siberia, a team of Polish and Russian archeologists has made a stunning discovery. There, within the so-called “Valley of the Kings,” they’ve uncovered a 6th-century B.C.E burial mound containing five people, including a woman buried with unusual honor.

The burial mound, called a kurgan, was likely constructed 2,500 years ago by the Scythians, a nomadic people who migrated west from Asia during the 8th and 7th centuries B.C.E. It’s one of many mounds in the area, dubbed the “Siberian Valley of the Kings” because of the riches some of them contain.

Still, this barrow stands out. Within its chambers, which were constructed with wooden beams as well as planks on the floor, the archeologists found five people. Significantly, one of the chambers held a 50-year-old woman buried alongside a child between two and three years old.

The woman was buried with several remarkable grave objects, including gold ornaments that may have once belonged to a hat, an iron knife, an engraved comb, and a bronze mirror. What caught archeologists’ attention, however, was the half-moon pendant. 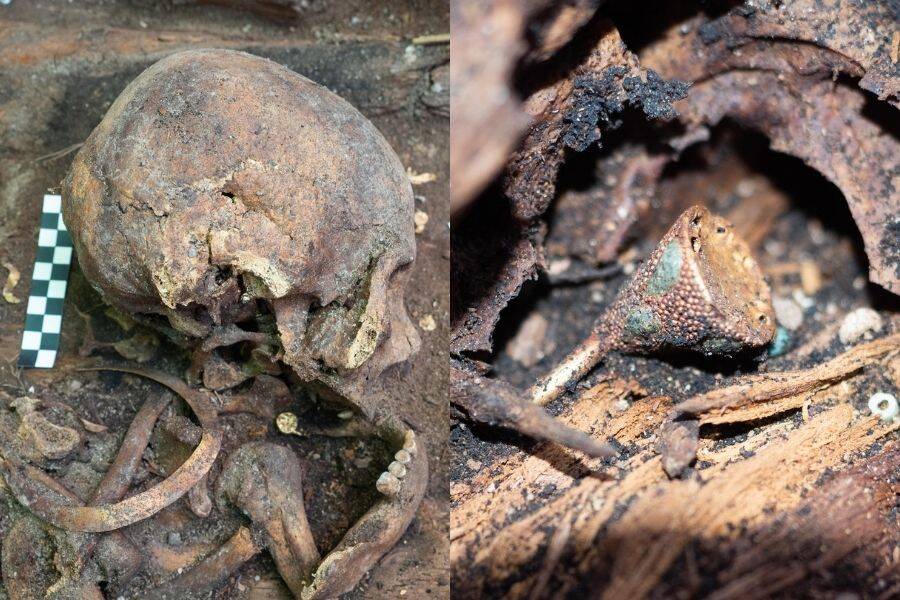 Igor PieńkosA close up of the remains showing the golden crescent necklace usually found with male burials (left) and a golden ornament (right).

“A particularly interesting artifact was a golden pectoral ornament, a decoration hung at the neck in the shape of a sickle or crescent,” Łukasz Oleszczak, an archaeologist at the Institute of Archaeology at Jagiellonian University in Kraków, who led the Polish team, told Science in Poland.

“They were considered symbols of belonging to a social group, caste, perhaps warriors – in any case, men. Its presence in the grave of a woman is a very interesting deviation from this custom. This certainly confirms the unique role of the deceased in the community of the Valley of the King.”

Oleszczak also noted that the archaeologists found the woman’s burial mound just over 200 yards away from another barrow, which archeologists believe contained a Scythian chief. “I think that she was a person of great importance in the society of nomads,” he explained to Live Science.

Archeologists also made a number of other discoveries within the burial mound, which they found using aerial laser scans. One chamber appeared to have been looted of its body but still contained weapons and arrows. Another chamber — unlooted — contained a young male warrior, as well as grave objects like weapons and golden ornaments.

And the fifth body was found just outside the burial chambers in a ditch on the kurgan’s perimeter. This grave contained a teenager surrounded by stones, a practice which, according to Oleszczak, was typical for Scythian burials. 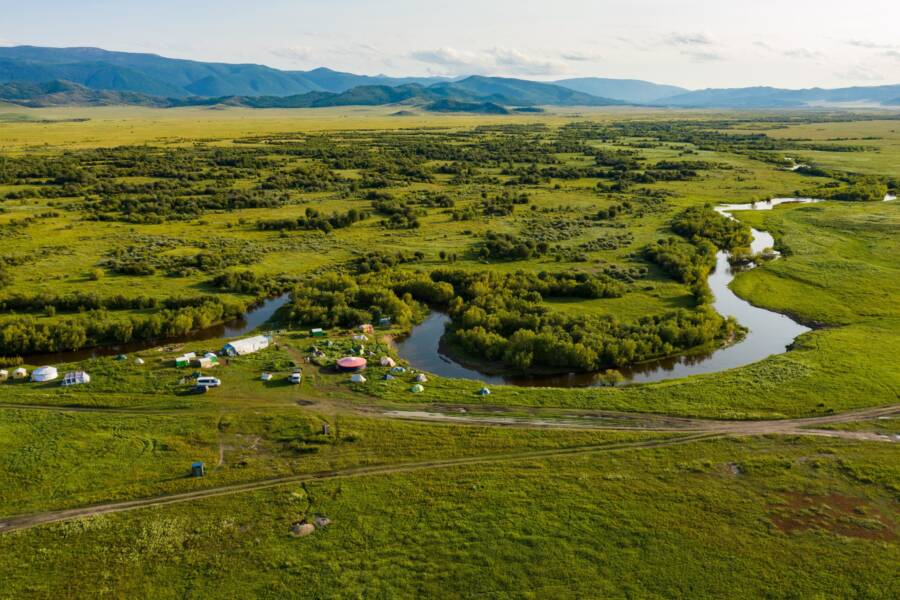 Igor PieńkosSiberia’s Touran-Uyuk, where the “Valley of the Kings” is located.

“Graves of children on the perimeter or just outside the ditch surrounding the barrow are a typical part of the funeral rites of this early Scythian culture,” he explained to Science in Poland.

Archeologists also found many other objects on the perimeter of the burial mound. Using a metal detector, they uncovered bronze items, including equipment for horses, an ice ax, and an ornament in the shape of a goat. The archeologists speculate that these objects were scattered during the 20th-century when the area made up part of a collective farm, according to LiveScience.

For early Scythians, who were known for being aggressive and mastering horseback riding before many other early cultures, the Touran-Uyuk valley in Siberia seems to have played a significant role. There, these warlike people buried a number of their dead. Archeologists have even uncovered the earliest known Scythian burial there, which dates to the 8th or 9th century B.C.E.

That said, archaeologists have yet to excavate most of the kurgans in the valley in full. The peaceful green fields of Touran-Uyuk likely contain many more human remains and many more funerary objects, which can paint a picture of how this ancient culture lived, mourned, and died.

After reading about the burial mound discovered in Siberia’s Valley of Kings, see why archeologists believe that they’ve uncovered a number of British kings’ graves from the time of King Arthur. Or, discover the story of the largest mass child sacrificial site unearthed in Peru.