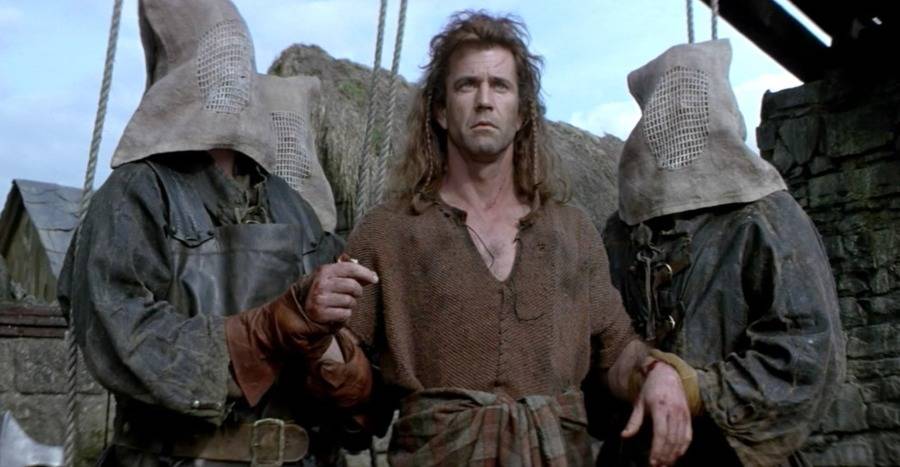 The film Braveheart is renowned for historical inaccuracies in its portrayal of the story of William Wallace and his struggle against the English. However, the most devastating aspect of the real-life tragedy not shown properly in the film is the end scene which depicts Wallace’s execution.

In the tragic movie, we see Wallace’s face contorted with pain before he is decapitated but we are spared the truly horrific reality of what actually happened. For example, in reality, Wallace was stripped naked and dragged through the streets of London for five miles at the heels of a horse. 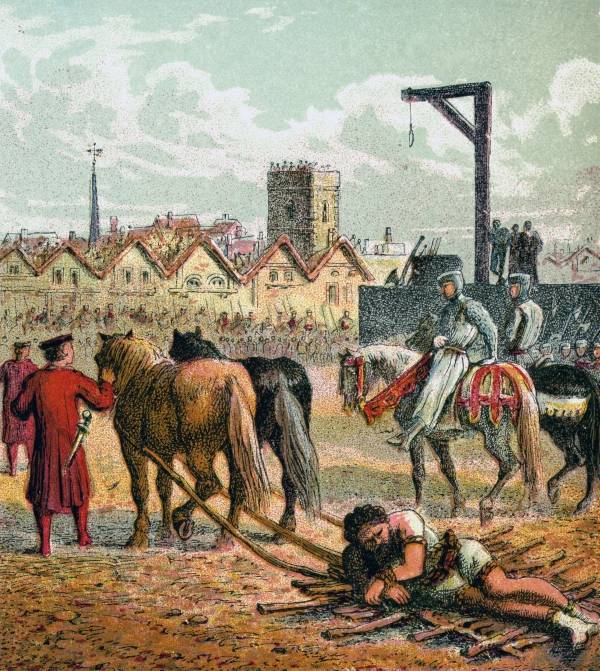 The Print Collector/Print Collector/Getty ImagesAn 1850’s color plate from Pictures of English History, George Routledge & Sons, that shows William Wallace’s execution during which he was stripped naked and dragged through the City of London at the heels of a horse. Near Smithfield Market, Wallace was hanged, drawn and quartered.

Contemporary accounts also report that Wallace was whipped and had rotten food thrown at him on his way to the gallows. Once there, Wallace was hung, castrated, and disemboweled while still alive before being decapitated.

After this horrific death, Wallace’s body was split into four sections and displayed in different towns around Scotland. His head was impaled on a spike in London.

This truly horrific method of punishment, used explicitly on those who committed high treason, was known as ‘hung, drawn and quartered.’