The Boy Scouts reversed a long-standing policy after kicking an eight-year-old New Jersey transgender boy out of the organization. 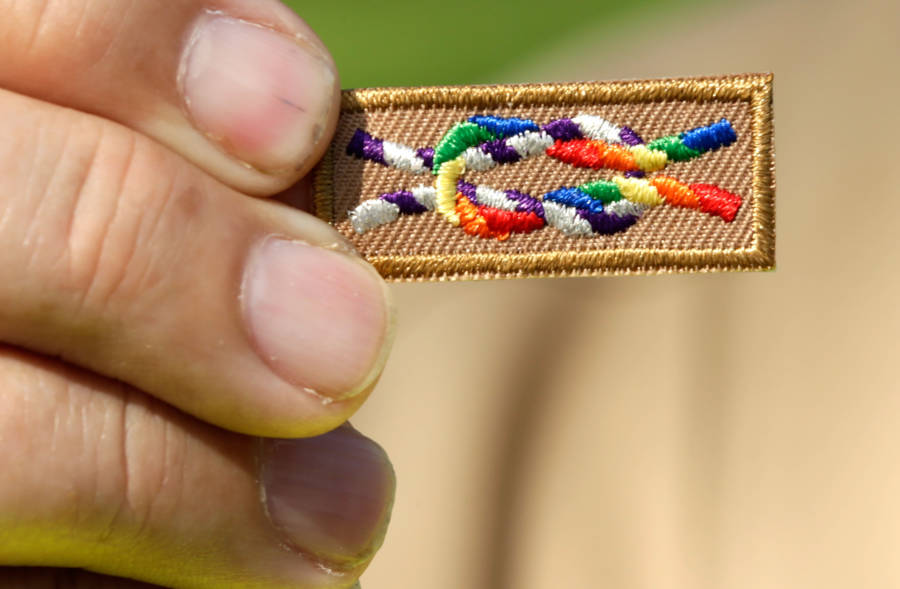 Win McNamee/Getty ImagesA member of Scouts for Equality holds an unofficial knot patch incorporating the colors of the rainbow, a symbol for gay rights, during a rally to call for equality and inclusion for gays in the Boy Scouts of America as part of the “Scouts for Equality Day of Action” in Washington, DC.

The Boy Scouts of America reversed a century-old position this past Monday and announced that they would begin accepting members based only on the gender they wish to list on their application. This decision will allow transgender boys to finally join the organization.

“For more than 100 years, the Boy Scouts of America, along with schools, youth sports, and other youth organizations, have ultimately deferred to the information on an individual’s birth certificate to determine eligibility for our single-gender programs,” the organization said in a statement on its website. “However, that approach is no longer sufficient as communities, and state laws are interpreting gender identity differently, and these laws vary widely from state to state.”

The Boy Scouts reversed their old policy after a decision late last year to kick an eight-year-old New Jersey transgender boy out of the organization following other parents’ complaints.

“It made me mad,” Joe Maldonado, the boy in question, told The Record. “I had a sad face, but I wasn’t crying. I’m way more angry than sad. My identity is a boy. If I were them, I would let every person in the world go in. It’s right to do.”

According to The New York Times, Michael Surbaugh, the Scouts’ chief executive, agreed in a recorded statement on Monday, saying “After weeks of significant conversations at all levels of our organization, we realized that referring to birth certificates as the reference point is no longer sufficient.”

“From our perspective, they clearly did the right thing,” said Zach Wahls, who helped found Scouts for Equality, a nonprofit that supports gays and transgender people in the group. “My team and I knew that they were considering a policy change, but we are both heartened and surprised by how quickly they moved to change the situation.”

Following a long tradition to the contrary, the Boy Scouts of America has finally attempted to embrace gay rights in recent years, lifting the ban on gay youth taking part in any official activity in 2013, and allowing gay adult leaders in 2015.

Next, check out why France only recently decided to no longer sterilize transgender people, before seeing why some Muslim clerics in Pakistan are recognizing transgender rights.