This Translucent Clam Was Thought To Have Gone Extinct 30,000 Years Ago — Researchers Just Found One Alive In California

The tiny 10-millimeter mollusk was found by marine ecologists looking for sea slugs near Santa Barbara. 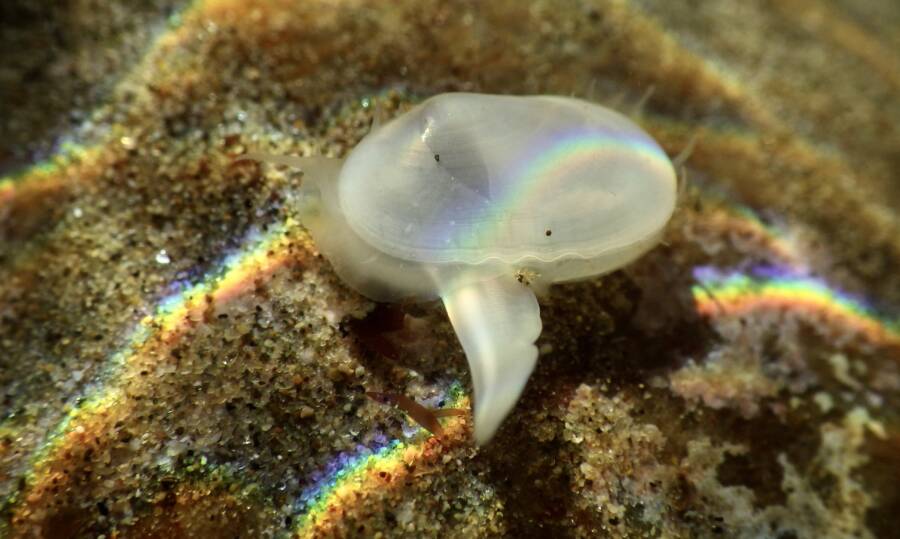 Jeff GoddardThe clam was identified as Cymatioa cooki using records from the 1930s.

In November 2018, marine ecologist Jeff Goddard was at a beach near Santa Barbara, California, searching for sea slugs in some tide pools. A veteran of his trade, Goddard studied the intertidal habitats of California for decades — it seemed as if nothing could surprise him. Evidently, he was wrong.

There, in the water, he discovered a pair of tiny, translucent clams. “Their shells were only 10 millimeters long,” Goddard, a research associate at UC Santa Barbara’s Marine Science Institute, said in a statement. “But when they extended and started waving about a bright white-striped foot longer than their shell, I realized I had never seen this species before.”

Not wanting to disturb the presumably rare clam pair, Goddard took several close-up photos and sent them off to Paul Valentich-Scott, a former curator of malacology at the Santa Barbara Museum of Natural History.

“I was surprised and intrigued,” Valentich-Scott said. “I know this family of bivalves (Galeommatidae) very well along the coast of the Americas. This was something I’d never seen before.”

Unfortunately, the photos weren’t enough for Valentich-Scott to accurately determine the clams’ species — he needed to see them in person.

Goddard returned to the beach at Naples Point, but the clams were gone. Between November 2018 and March 2019, Goddard made nine more trips, hoping to once again stumble upon the mysterious mollusk.

It was on the last of these trips, on the edge of giving up, that Goddard finally found his clam — a single specimen on the underside of a rock next to some sea slugs and a chiton. 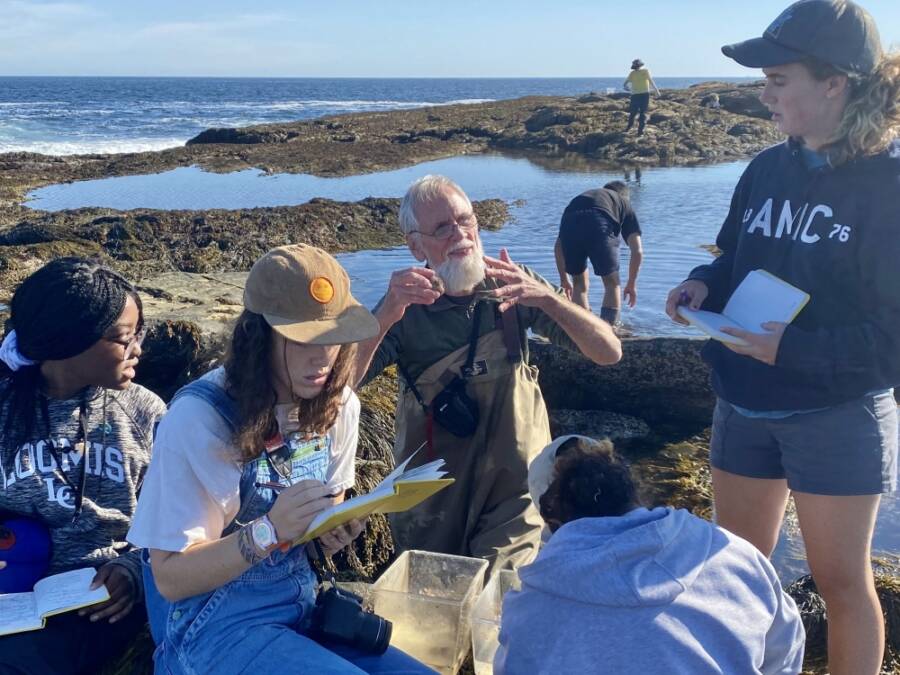 With his clam in hand, Goddard returned to Valentich-Scott.

“This really started ‘the hunt’ for me,” Valentich-Scott said. “When I suspect something is a new species, I need to track back through all of the scientific literature from 1758 to the present. It can be a daunting task, but with experience it can go pretty quickly.”

The researchers honed in on a curious reference to a fossil species in a paper from 1937, Bornia cooki, which shared a number of similarities with Goddard’s specimen. If they were a confirmed match, then Goddard’s discovery would not be of a new species, but rather of a “living fossil.”

Valentich-Scott requested the “type specimen,” a fossil that serves to define a species, from the Natural History Museum of Los Angeles County to confirm this suspicion.

The type specimen is the same one referenced in the 1937 paper, written by George Willet, who named the species after a Baldwin Hills collector named Edna Cook. Cook found the only two known specimens that came to be classified as B. cooki — and later as Cymatioa cooki.

As Smithsonian Magazine reports, researchers later determined the Baldwin Hills fossils dated to between 28,000 and 36,000 years ago. C. cooki was presumed to have been extinct for tens of thousands of years.

While Valentich-Scott analyzed the type specimen and compared it to the living mollusk Goddard had brought him, Goddard was out searching for more. At Naples Point, Goddard came across another specimen, though not a living one. Instead, he found an empty shell buried partially in the sand beneath a boulder.

Valentich-Scott, meanwhile, reached his conclusion: the live specimen and the type specimen were, in fact, the same species.

“Once I physically saw that original specimen that Willett had used for his description, I knew right away,” he said. “It was pretty remarkable.” 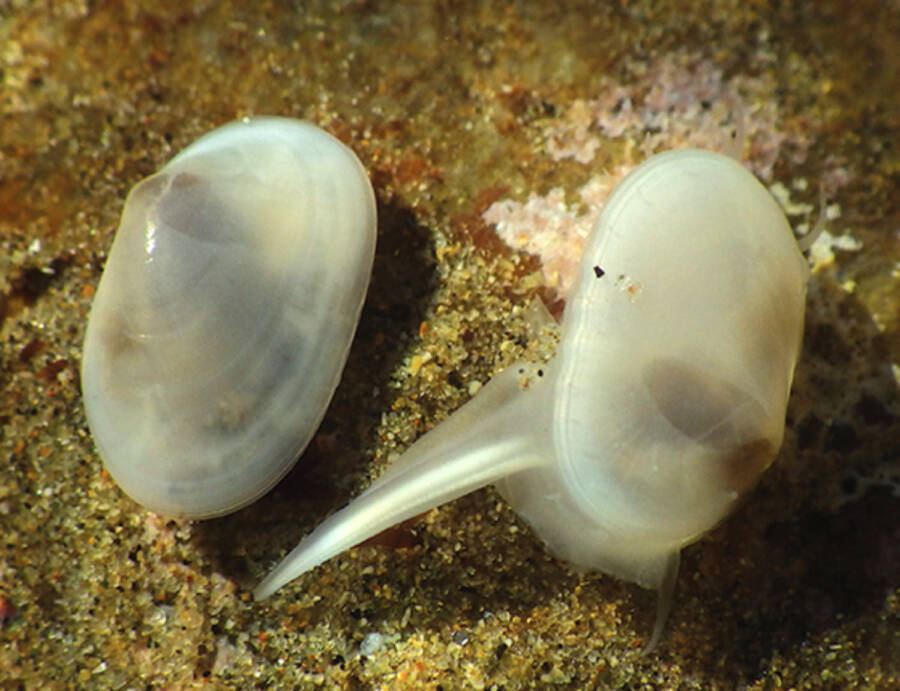 The biggest question on the researchers’ minds naturally turned to how the creature remained undetected for such a long time.

“There is such a long history of shell-collecting and malacology in Southern California — including folks interested in the harder to find micro-mollusks — that it’s hard to believe no one found even the shells of our little cutie,” Goddard said.

Goddard has suspicions that the C. cooki specimens may have arrived on currents as planktonic larvae between 2014 and 2016 as marine heat waves brought the currents north. In fact, Naples Point had quite a few other species that had a similar northward trajectory.

“The Pacific coast of Baja California has broad intertidal boulder fields that stretch literally for miles,” Goddard said, “and I suspect that down there Cymatioa cooki is probably living in close association with animals burrowing beneath those boulders.”

Their findings were published in the journal Zookeys.

After meeting this rare living fossil, meet Ming the Clam, the world’s oldest-recorded animal who was killed by the scientists studying him. Or, read about the Galápagos tortoise thought to have gone extinct in 1906 — then found alive in 2019.